Steenbergs Muntok White Pepper - a pepper relative of Lampong black pepper - is grown exclusively for making white pepper in the hills behind the village of Muntok on the Indonesian island of Bangka.  Here, spice farmers climb traditional bamboo... 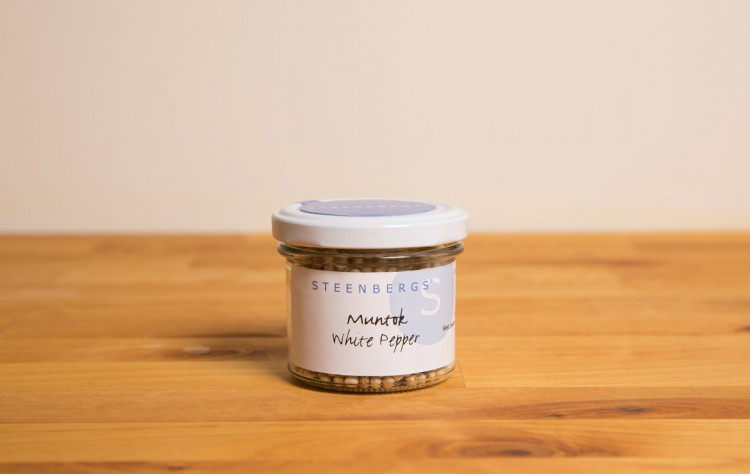 Steenbergs Muntok White Pepper - a pepper relative of Lampong black pepper - is grown exclusively for making white pepper in the hills behind the village of Muntok on the Indonesian island of Bangka.  Here, spice farmers climb traditional bamboo tripods and hand-pick pepper fruit spikes of red ripe pepper berries. These fruit spikes – that are reminiscent of bunches of grapes - are packed into rice sacks and soaked in slow running streams that flow down from the mountains above. Seven days later the outermost skin of the white pepper has disintegrated and the peppercorns are piled together for a traditional trampling called "Nari Mereca" or the Pepper Dance – the technical name for this process is a rather bland decortication. The dancing separates the peppercorns from the fruit spike and after a final washing the berries are left to dry in the sun where they naturally will bleach to a creamy white.  Muntok white pepper is perfect with pork tenderloin, veal chops, poultry, white fish and shellfish, rice and pasta, steamed vegetables, blue cheese and pears.

Pepper, Piper nigrum, grows in warm, moist sunny climates, usually within about 15° of the equator. In most countries pepper is grown as a commodity to be sold at a prefixed price per tonne, and is picked as soon as the berries are formed on the vine. When quality brings no extra cash, and margins are preciously slim, farmers can't take any chances - the longer the peppercorns are left on the vine, the greater the risk that they will be eaten by birds, or that the whole crop could be lost in a devastating storm. However, in a few places like India and Sri Lanka, pepper is viewed as more than just a commodity. Here, it is part of the cultural heritage of the people, making growing and harvesting more like craftwork than factory production. Extra time and effort are taken to nurture the plants to produce the bold, rich flavours that have made pepper the king of spices for millennia. White peppercorns start out the same as black pepper, but then are allowed to ripen more fully on the vine until the entire spike has changed to an yellow-red colour, whereupon they are picked. These more mature pepper berries are then packed into sacks and soaked in cool flowing water for one to two weeks to loosen the outer husk (or the "pericarp"). This process is either by soaking in water until the husk loosens (the process of "retting"), or they are held under a constantly flowing stream of artesian spring water, yielding a whiter colour, and an extra clean product. The pericarp is then removed by trampling or rubbing off the outer skin to reveal the creamy coloured or greyish-white core (the process of "decortication"). These white peppercorns are then washed again to ensure that they are fully cleaned then left out to dry in the sun or mechanically dried in kilns. Without the outer shell, white peppercorns have a traditional rich, winey and maybe resinous, with a somewhat hot flavour that is great used in soup, on grilled meat or poultry, in light-coloured dishes. For more details on white peppercorns, try Gernot Katzer's Spice Pages or Wikipedia.

Steenbergs Muntok white peppercorns are part of the Steenbergs UK range of over 400 organic spices, blends and seasonings, peppers, herbs, chillis, bakery ingredients, flavoured sugars and teas. For your local stockist follow the link, or call 01765 640 088 or email enquiries@steenbergs.co.uk. 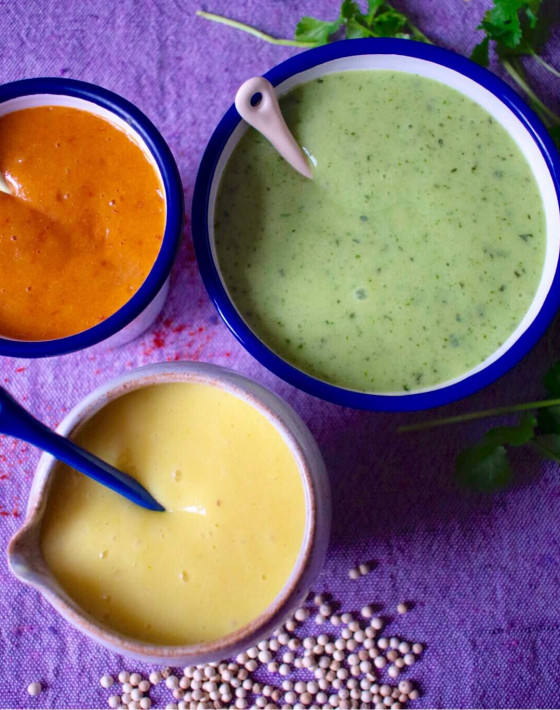