My Thoughts on Wages of Tea Pickers in India 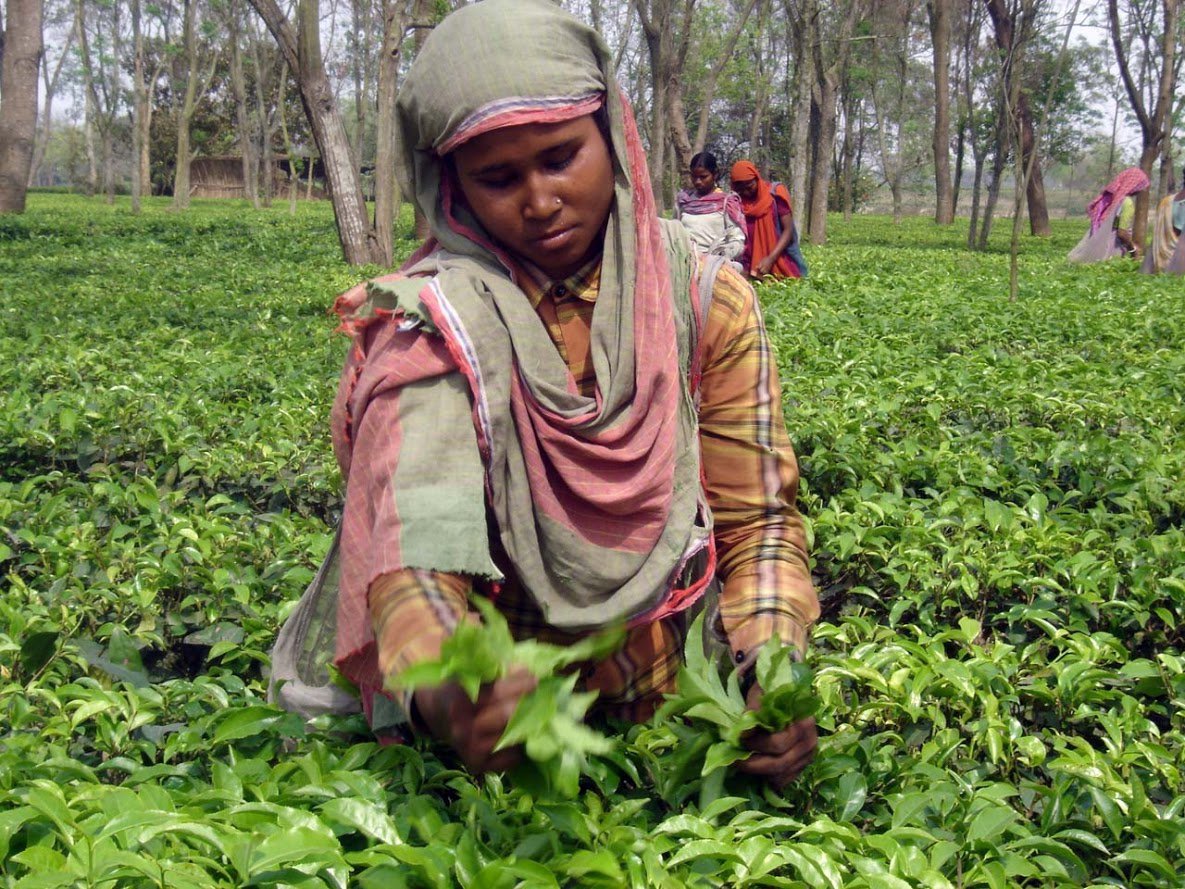 I have prevaricated about writing about the recent BBC investigation into conditions on some Assam tea estates, but felt that I really had to write something.  I did give a 2 minute response on BBC Radio York, but that was a tongue-tied minute or two.

I was dismayed by the conditions and experiences of tea workers shown in File on Four’s investigation.  But I was not surprised.  We (that’s everybody) all know, deep down, that tea is a product founded during colonialism and continued under unequal power relations.

Isn’t that why Fairtrade was started in the first place? Isn’t that part of the rationale behind the Ethical Tea Partnership, Tea2030 and the Rainforest Alliance?  Doesn’t Oxfam campaign on policies of unfair pay, unequal power and poor conditions within the tea industry all the time?

Yet tea remains an industry dominated by multi-national corporations, many with their own plantations – Twinings and Fortnum & Mason by the Weston Family; Lipton and PG Tips by Unilever; and Tea Pigs and Tetley Tea by Tata and so on.

However, while Oxfam released a report on wages in the tea industry in 2013, not much seems to have happened since.  Tea workers in Assam earned INR 115 versus a minimum wage of INR 177 (BBC, 2015), as against INR 89 and INR 159 respectively in 2012 (Ethical Consumer, 2013).  I think the ideas of the tea industry are sensible but far too gently paced, and the tea majors could work much quicker to transform the social conditions of the tea industry.  Tea2030 includes all the key UK players, so it is not as if they don't have the power nor the management know-how to undertake change?

I must admit to a feeling of powerlessness ourselves . Firstly, as a micro-tea business, we sell less tea than your average Starbucks outlet.  So we must rely on the social standards set by outside agencies when buying our teas - Fairtrade, Organic and UTZ.  And I did naively think that by buying mainly Fairtrade teas we would be automatically protected from low wages, but this only requires a minimum wage to be paid with the commitment to move towards a living wage.  But what we don’t want, or expect to be providing, is certified poverty through Steenbergs-branded products.

So I have double-checked wages, conditions and child labour at the main suppliers of the teas we buy tea; these are summarised below.  We have been assured that no children are employed in any of the plantations, and that Indian law requires that no-one under 18 years old can be employed on plantations.

Tables on (i) Wages at Tea Plantations from which Steenbergs sources its main teas; (ii) Social conditions at those tea plantations 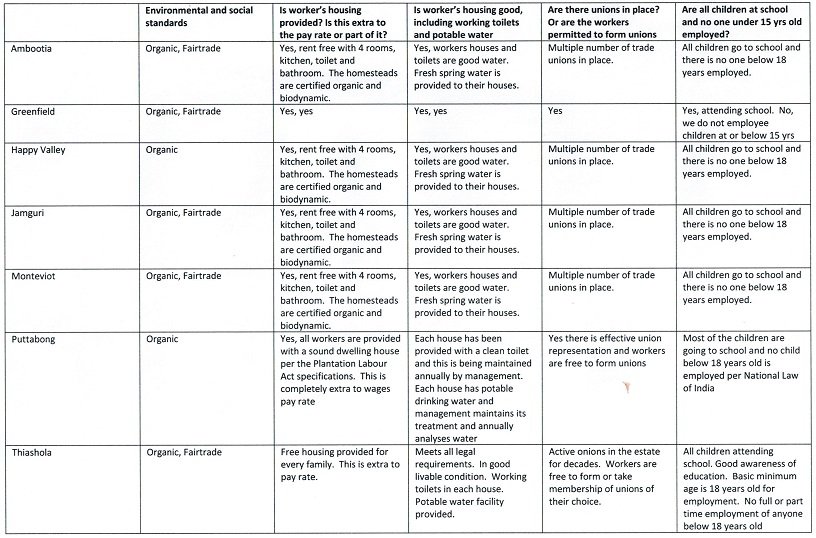 It is up to us to address these issues by how we (in Britain, Europe and the USA) trade.  We must be mindful of that the rules and laws in India, for example, are for them to determine rather than for us to seek to impose any neo-colonial views onto them from outside.Which begs the questions: (i) why were 14 year olds working on Assam tea plantations if the law is no-one below 18 years old can work.  I accept that extreme poverty was the underlying reason given, which relates back to the inadequacy of wages paid and insufficient safety nets when wage-earners become ill or incapacitated; (ii) how are wages calculated?; (iii) where are the unions to protect the workers on  the tea estates in the BBC report?

My suspicions are as follows:

Overall, I know this is a very complex area, with many nuances, but we should all feel more responsible for how we spend our money and the impacts our purchases can have on those who make the products in China, India and the UK.  We cannot always shrug our shoulders and say it is someone else’s problem.

What we will do in the short term is make sure we ask the right questions of our suppliers, which I admit we have naively not been doing.

So it will not just be questions about the environment, but also about pay, working conditions and union representation, because even if Steenbergs is a relatively powerless micro-business we can at least make do better in making sure our tea comes from sources that seem to be addressing wages and treating their people humanely, seriously and responsibly.