I have been spending the last week  and a bit shaving with two new razors that I bought on Ebay.  They are Gillette Razors from the late 1950s - a Red Tip and a Blue Tip Super-Speed Razors.  Why, you might rightfully ask; well, with razors, Gillette is like your mother's cooking in bakery comparisons, everyone always say "X is great but not like an old Gillette".  So I reckoned that you needed to try an old Gillette to discover the truth in the statement. 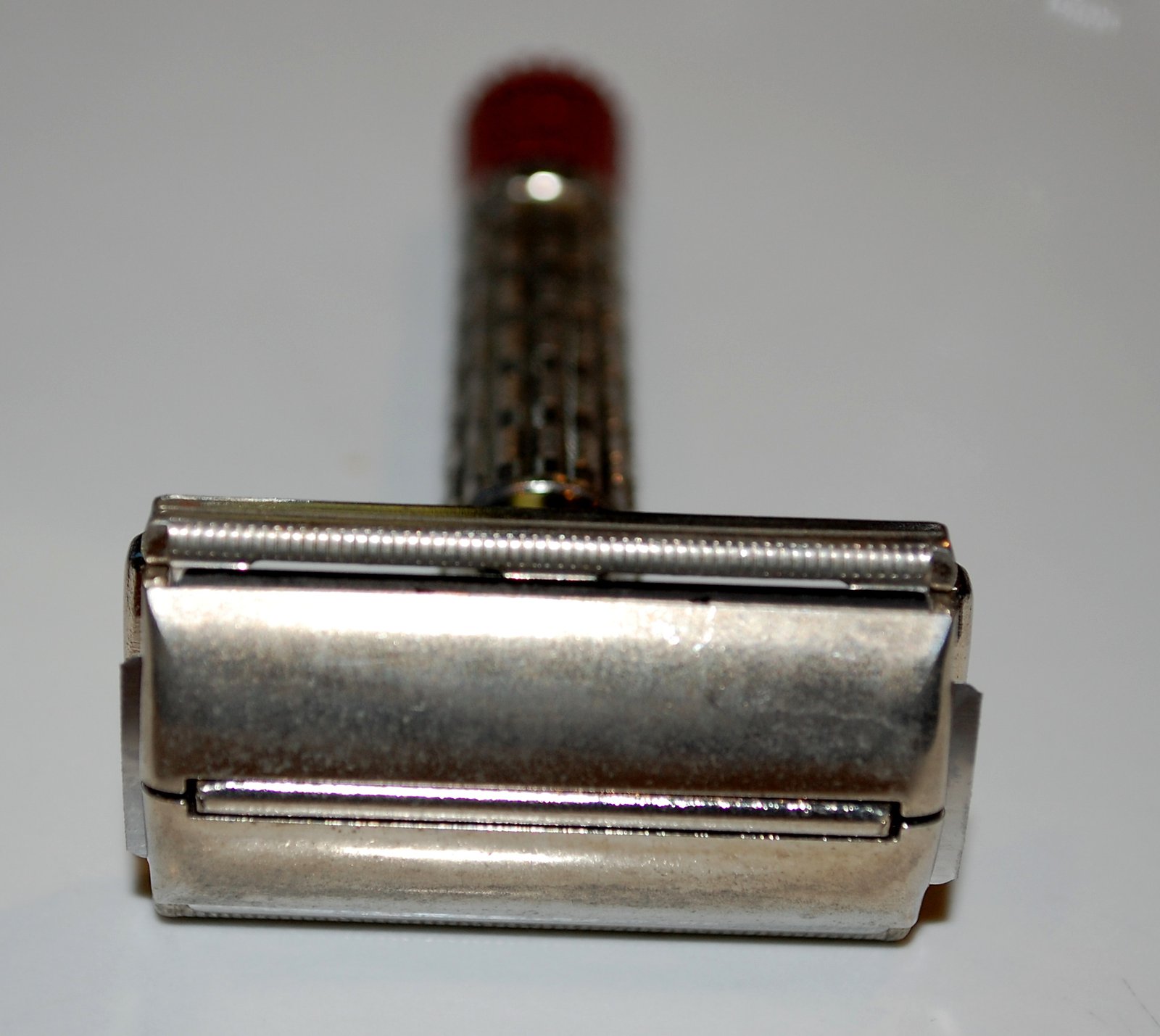 They both look very stylish in a futuristic 1950s way like a Chevrolet El Camino, with sleek handles and decent designs on their handles that definitely improve the grip.  The handles are short at just over 7cm long, while the weights are a light 46g for the Blue Tip and a weighty 66g for the Red Tip.  I find the handles a tad on the small size for me, preferring the 9½cm handle of the Mühle razors, but that is a small price to pay for the really excellent balance on the Gillette Red Tip.  The Gillette Blue Tip, being much lighter but with the same razor head, is less well balanced. 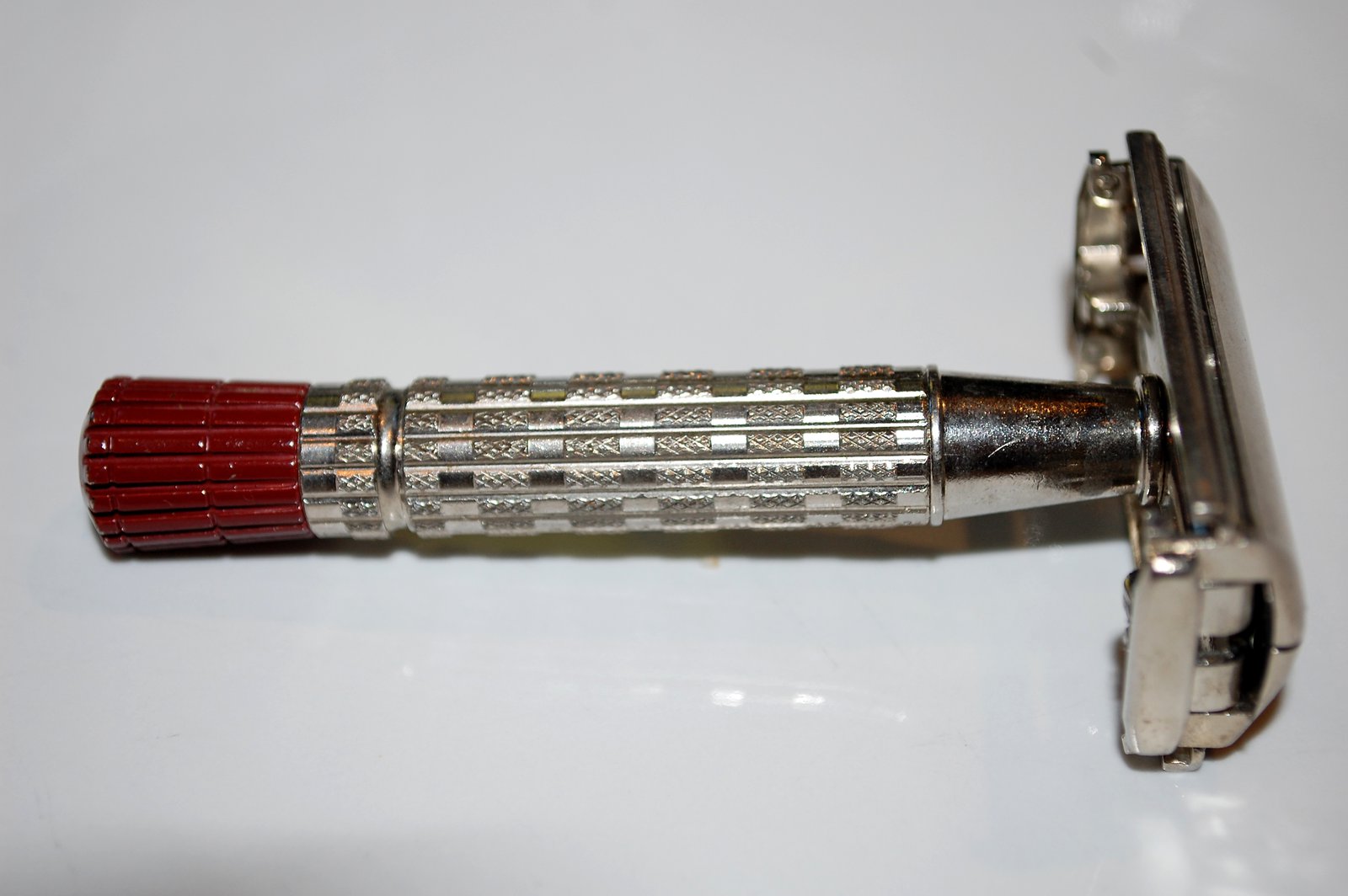 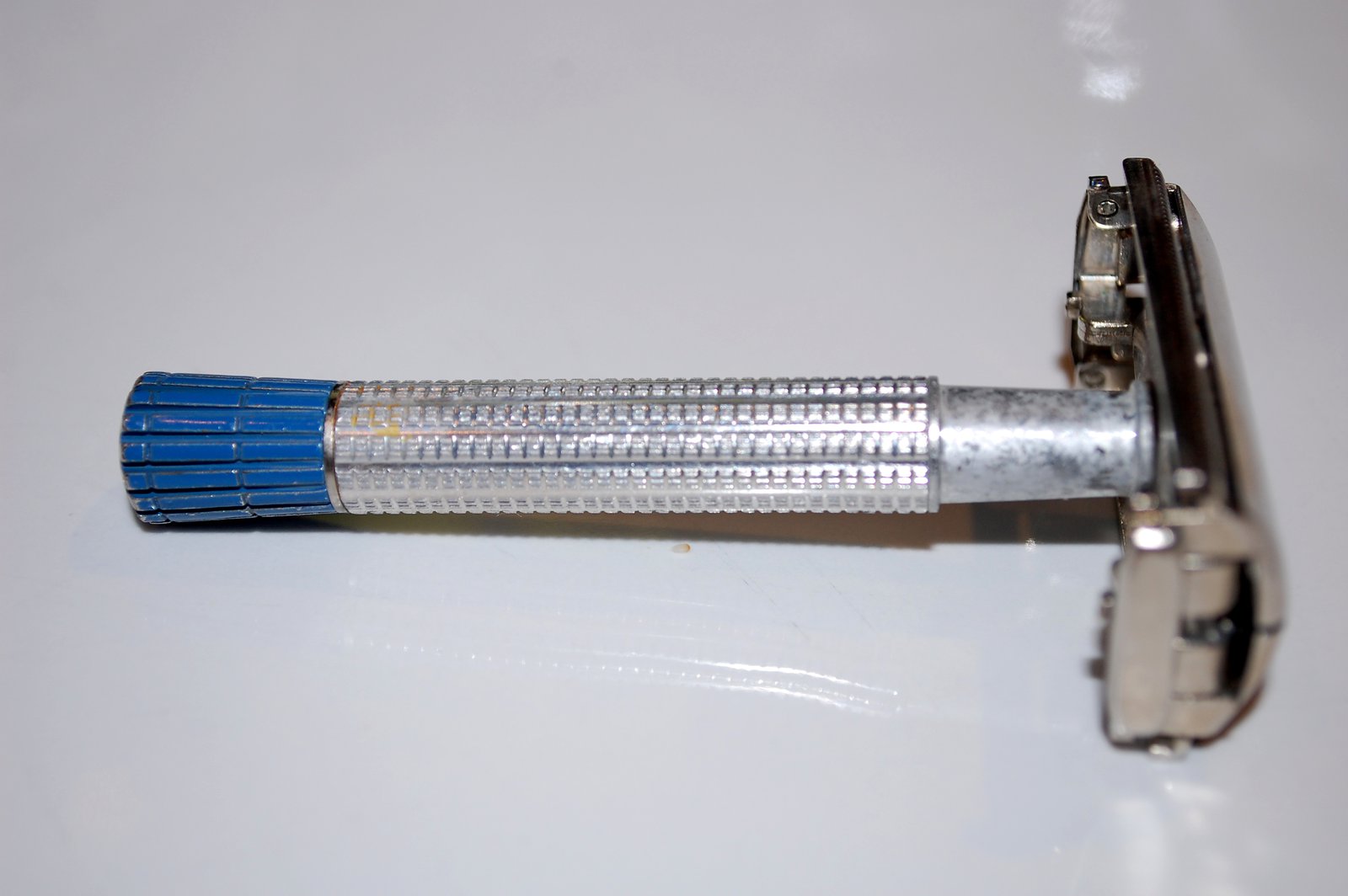 The beauty of these classic razors is in the engineering of the head.  Both razors have the same smooth finished, compact and well-organised and built butterfly razor system.  By twisting the tip, the razor mechanism starts moving through its complex set of synchronised moves, opening up elegantly, ready to take the blade.  It really is a dream to watch rather than the functional and clunky butterfly mechanism on the modern Parker razors (you can watch a quick video on Youtube of the mechamism by me following this link - http://www.youtube.com/watch?v=uqt--_P19YU). 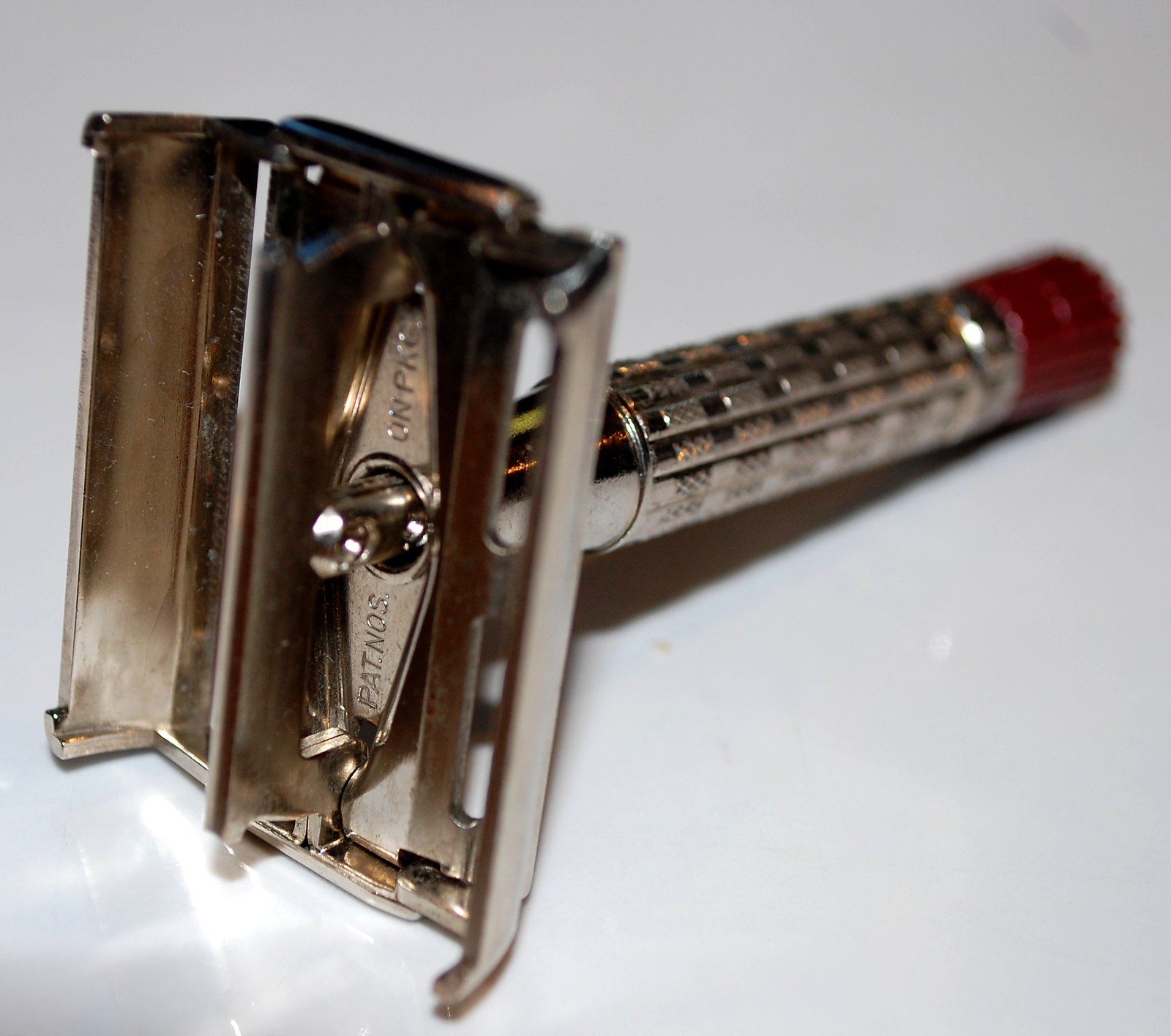 I was mildy apprehensive when actually shaving with these two little beauties, as the Ebay seller had dubbed the Red Tip "the most aggressive razor ever", but it was as deadly as a cute, little tabby cat.  The angle of the Wilkinson Sword double blades was just right, flowing smoothly over the face and handling well over the edge of the face down to the neck.  While a little large, the razor head worked decently around the nose.  Overall, I rated the Red Tip a really good shave, while the Blue Tip was too light in the hand so, even though the actual razor head was the same, I did not enjoy that shave so much.

So the crucial question, will I be changing my shave?  No, not yet but I will try and track down a Gillette Fatboy; for me the Mühle R89 still gives a closer, neater overall shave, but the Red Tip is a close second.  As for the blade mechanism, that is a true joy and is much more robust and better engineered than the Parker razors.  It really is a pity that Gillette has switched from being a razor maker to a blade manufacturer, changing from a creator of long-lasting icons to becoming the billboard of our throw-away, use-your-blade-a-few-times modern culture.