On Thursday 1 July 2010, I did one of Axel's Random Walks near Nosterfield and Thornborough in North Yorkshire.  I recently bought myself an Ordnance Survey Explorer Map of Ripon & Boroughbridge (#299) and in the top left corner you can just find the outlines of the Thornborough Henge, somewhere I had always wanted to explore.

The Thornborough Henge has been described by David Miles of English Heritage as "the most important prehistoric site between Stonehenge and the Orkneys", yet hardly anyone has heard of it outside of enthusiasts like the Friends of Thornborough Henges, Timewatch and a small group of new age pagans - they celebrate an annual Beltane event in the central henge, camping at a nearby farm.  How unknown it is can be best shown by a search I did at The Open University Online Library, where there was 1 document mentioning Thornborough Henge, Avebury Circle has 190 documents and Stonehenge 963.  Even worse than this, local people have had almost constantly to fight a rearguard action against Tarmac who own much of the land and want planning to quarry for roadstone.  But we, the people of North Yorkshire and Riponshire, do ourselves no favours as the website for the Friends is not very complete and some of the links are broken on its site and that of Tarmac, including the microsite at Newcastle University on finds at the site.

While the Thornborough Henges site are now a national monument, this prehistoric site from about 5,500 years ago is on privately owned land.  No-one really knows why it was built, but our region of North Yorkshire is very rich in ancient history, including many prehistoric monuments, including the Devil's Arrows at Boroughbridge and other henges at Hutton Conyers and Nunwick, Roman monuments at Aldborough and York and Viking archeaology at York; I even reckon that Ripon Cathedral was probably the site of something beforehand as it's just too prominent a site to have been ignored by people for thousands of years prior to St Wilfrid turning up to build a monastery.  Some people do claim that the henges are aligned with Orion's Belt, but that is only speculative.  However, the region has always been very fertile and the River Ure has an important place in the heart and soul of North Yorkshire, becoming the Ouse before York and flowing into the Humber.  The River Ure is equivalent to the power of the River Tyne for Northumbria and the Tweed for the Borders.  And the henges are located close to the River Ure and seem to mimic the shape of the river as if they are seeking to pull energy from the river's curves; I think the power of rivers was just as important to people as the stars, so you often find prehistoric sites close to water.

I started by parking at Nosterfield Nature Reserve which is a wetlands and bird sanctuary built on reclaimed land that has been mined out by Tarmac for roadstone.  I will write about my walk there in my next blog.  I walked around the edge of the nature reserve on the permitted pathway and then walked out on the public footpath that would take you to Nosterfield, but doubled back and then walked off the road into the Northern Henge which is nowadays a copse.  It was planted up in the 1800s as a fox covert, meaning that ironically it is a wood whereas in prehistory it would have been open to the elements and covered in white gypsum to allow it to stand out in the green landscape.  I walked around and had a peaceful time, listening to the rustle of the leaves from the elder, beech and sycamore trees and the chitter-chatter of the birds singing away to themselves oblivious of mankind.

I was alone with nature and sat and thought of life while sitting on a decaying tree trunk roughly in the centre of the henge.  I wondered about how blasé we are with the past, perhaps as an embarrassment of local riches, or just the fact that the north is ignored and unimportant to the political power that centres on the south and more specifically London.  I imagined the people who built these henges, tamed the countryside, drained the swamplands, built all the local villages and fought many skirmishes and battles to shape England as it is now constituted.  There was nothing to show that there was an important ancient monument nearby, no information, no signs and no access; if this was the south, it would have been bought for the nation and visitor centres would have been built.  All these forebears of the north have been forgotten, shadows in the past, for whom no-one sings their histories.  I apologise for my sentimentality but trees do this to me; they have a power that sends tingles down my spine - churches, mosques and temples do nothing for me as they are just stones, but give me trees and I connect to the earth, the planet.  Perhaps religions should start building their places of worship outside, sticking up a cross or mihrab in some copse and then I may believe in something bigger, some overriding power.  But stones are just cold and dead for me; sorry. 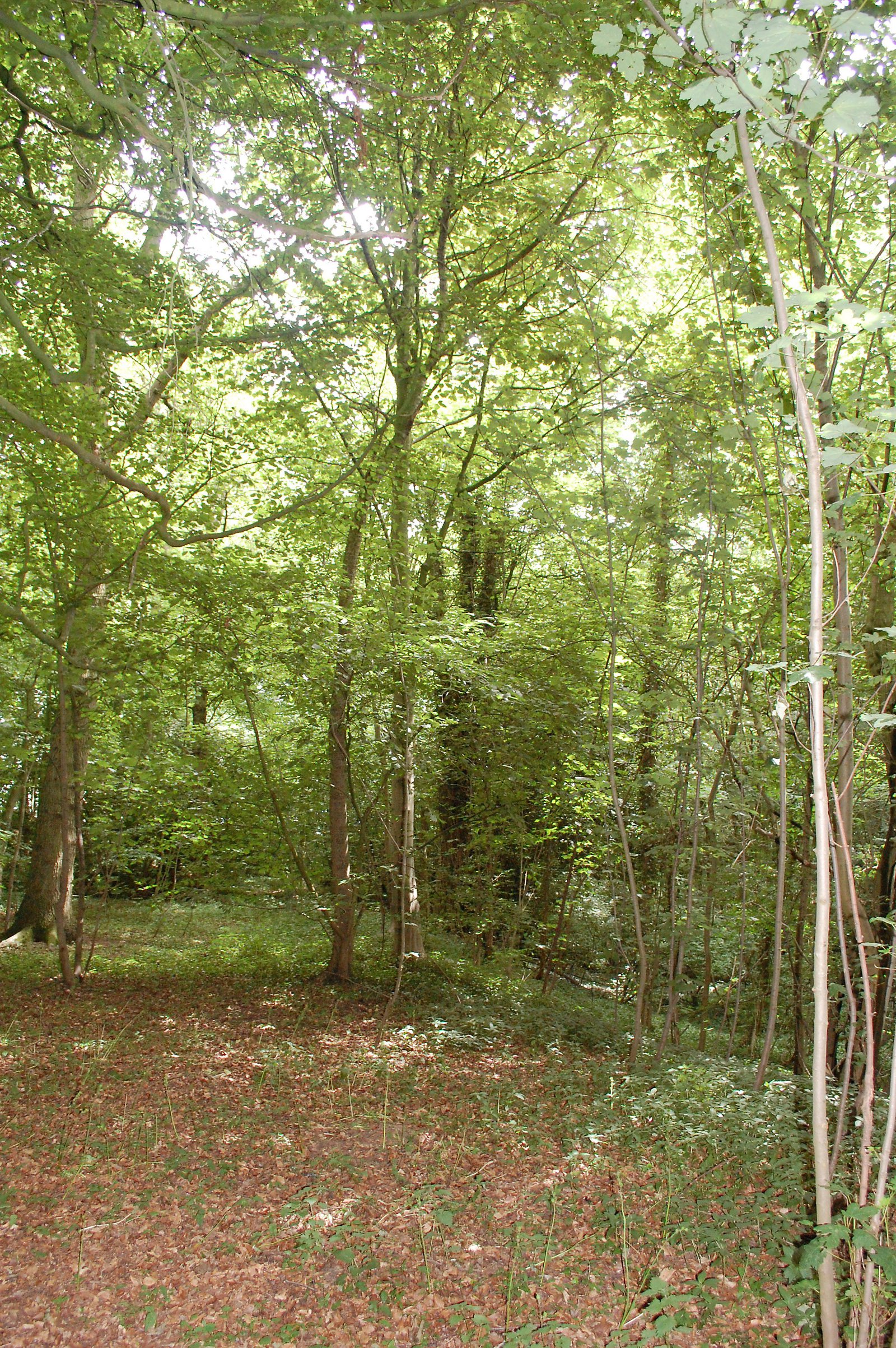 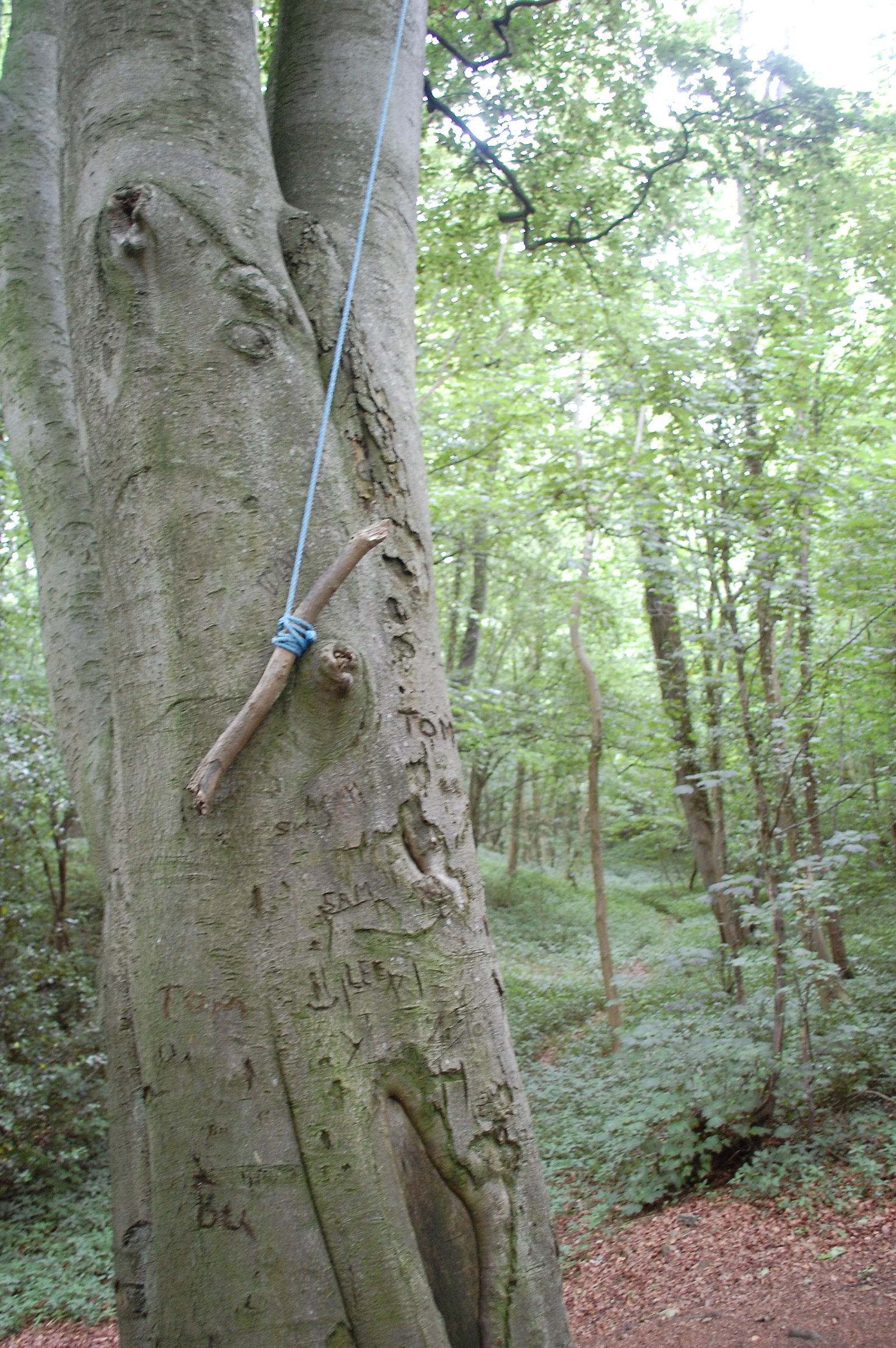 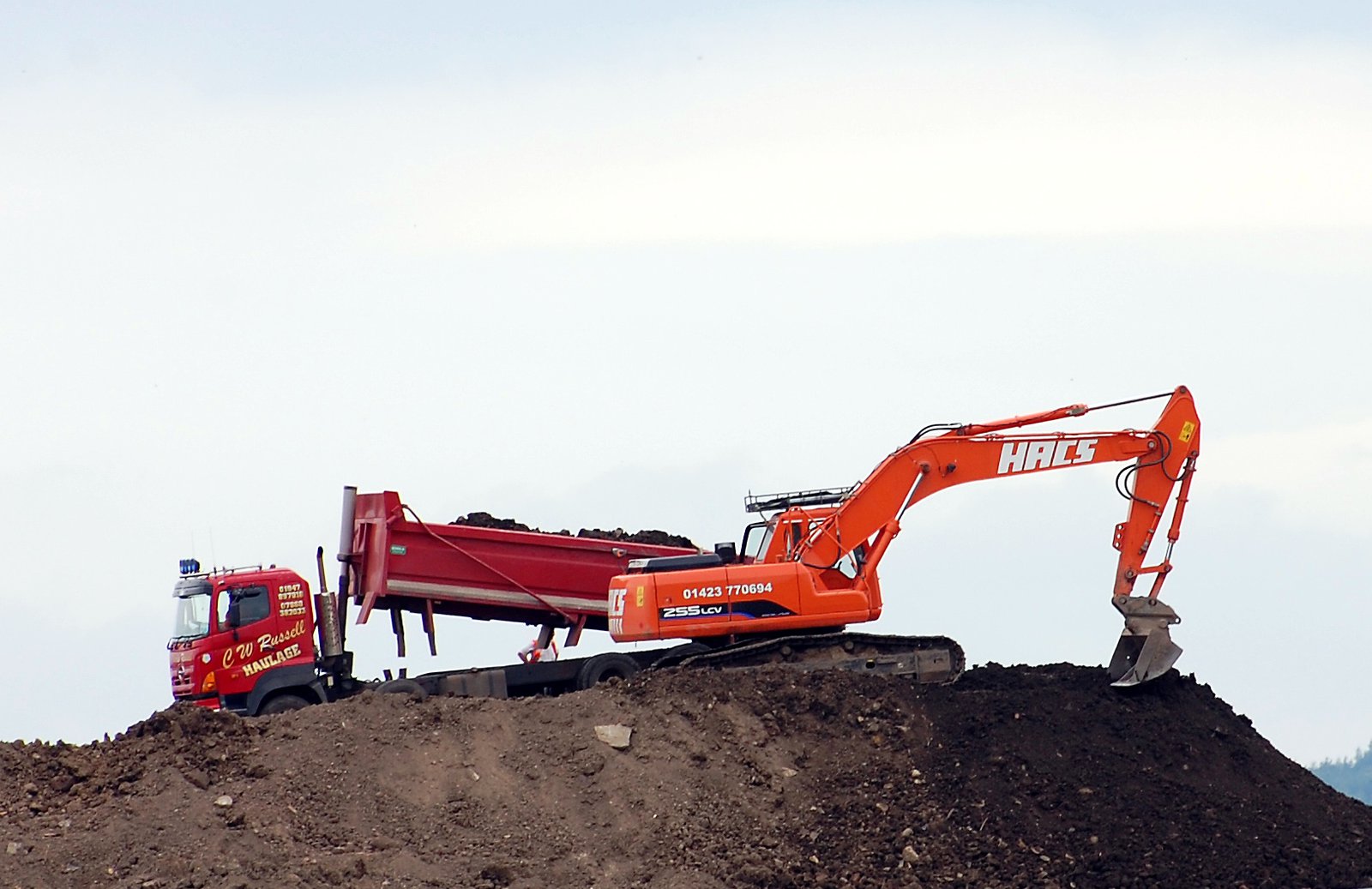 From here, I drove past the West Tanfield Landfill Site, parking just beyond there and walking along the road towards Thornborough.  Here you can see the cursus running along a North-South axis with the Central Henge in the middle.  I left the road and snuck into the field where the Central Henge is located and sat on the edge of the earth mound edges, sharing the day with rabbits who have made the earth embankments their home.  It is in this site that New Pagans celebrate their modern version of Beltane.  I measured the diameter of the circle as about 150 medium steps and the embankments are about 2 metres high; the official diameter is 250 metres and the circle of the henge has 2 entrances facing North and South.  Looking Northwards, you can see the Northern henge as trees in the distance, while the fields have been left to become wildflower meadow which was very pretty; there was a cock pheasant that flew away in alarm as well as 4 partridges that came out of some gorse.  It was peaceful sitting on the bank, even with the throbbing sounds of the digger in the distance and the regular rattle and crash of the trucks coming to collect the earth.

I will need to go back another day to find the Southern Henge as it isn't easy to access (well you shouldn't really access it at all). 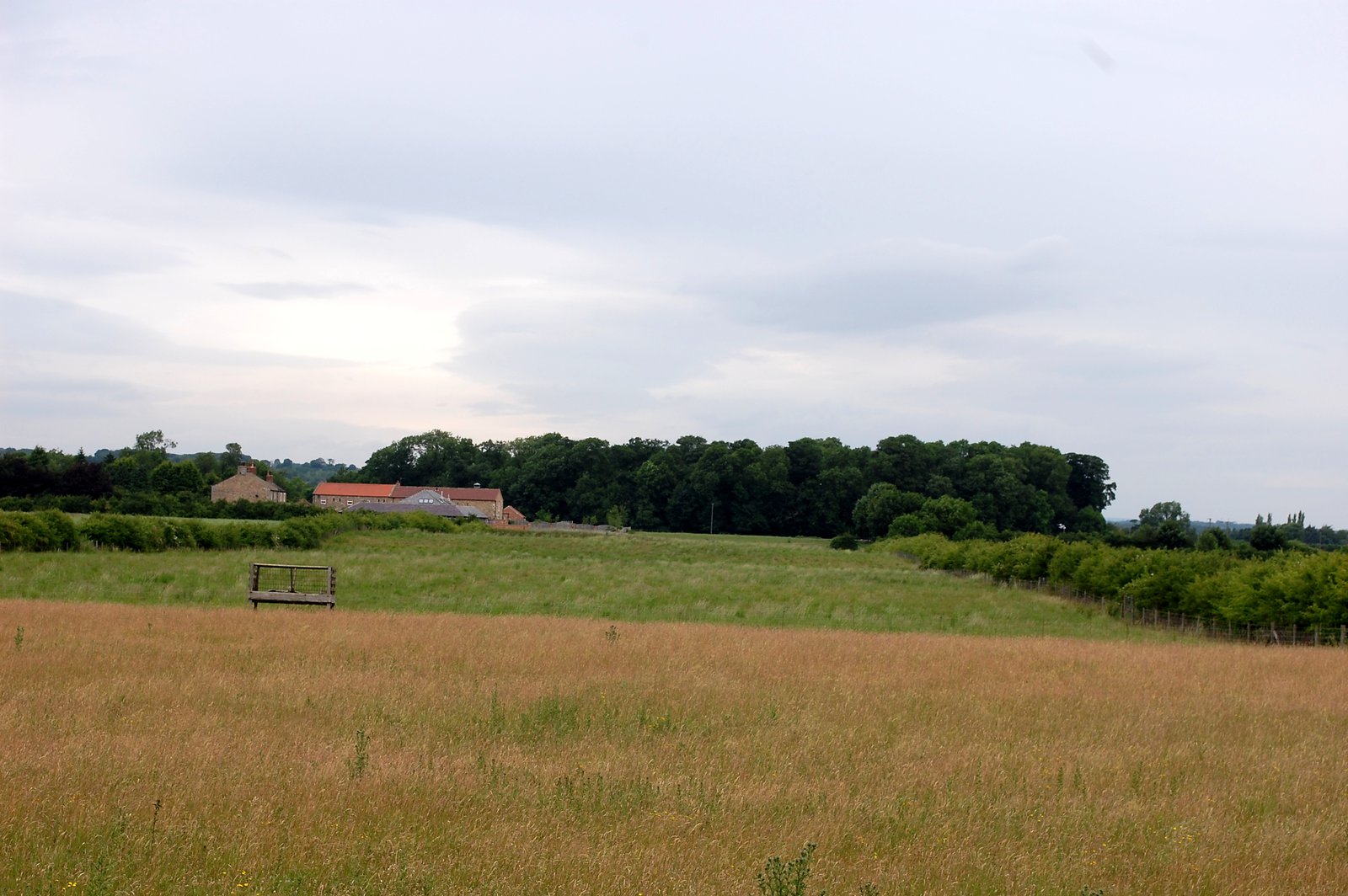 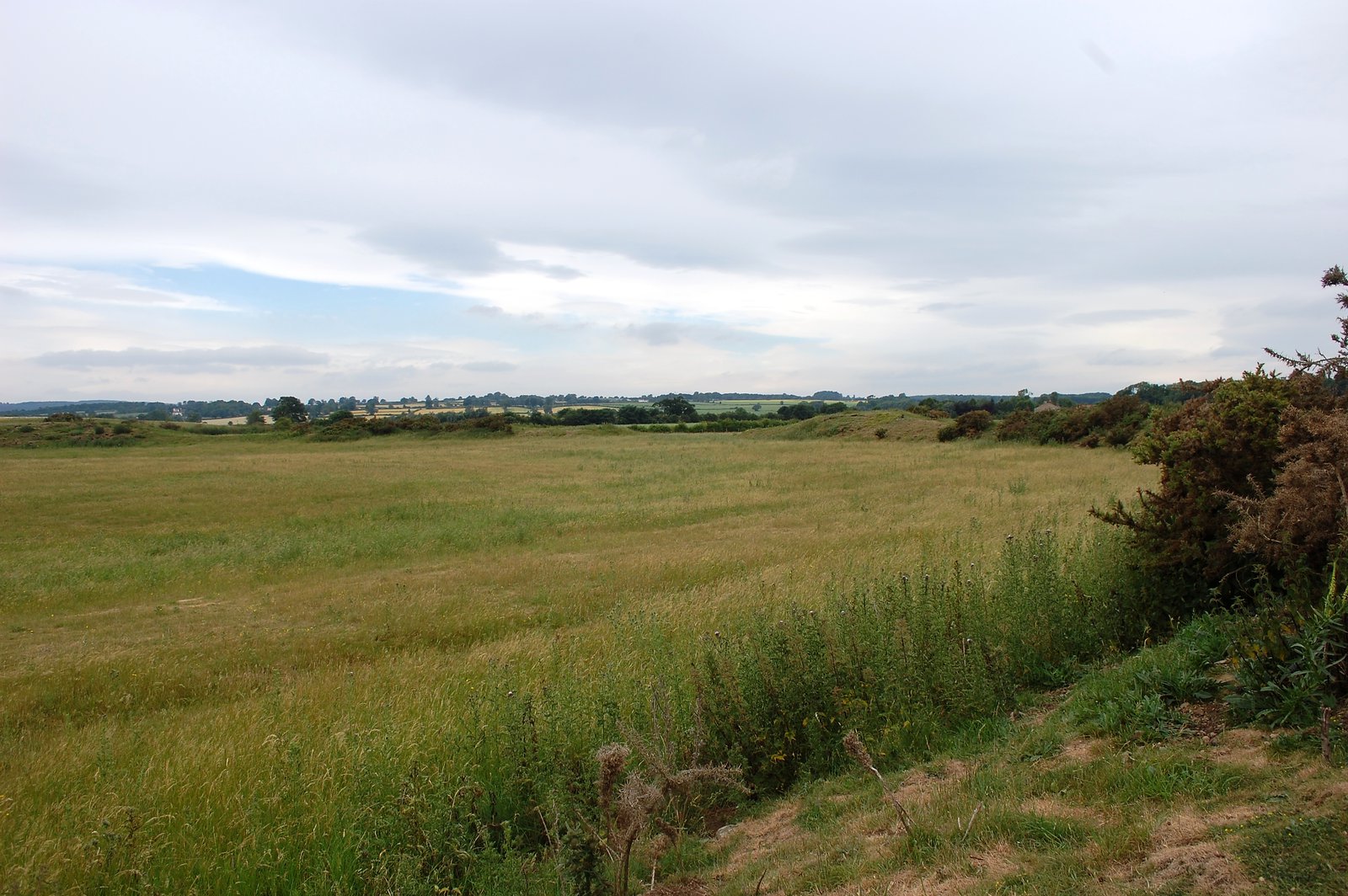 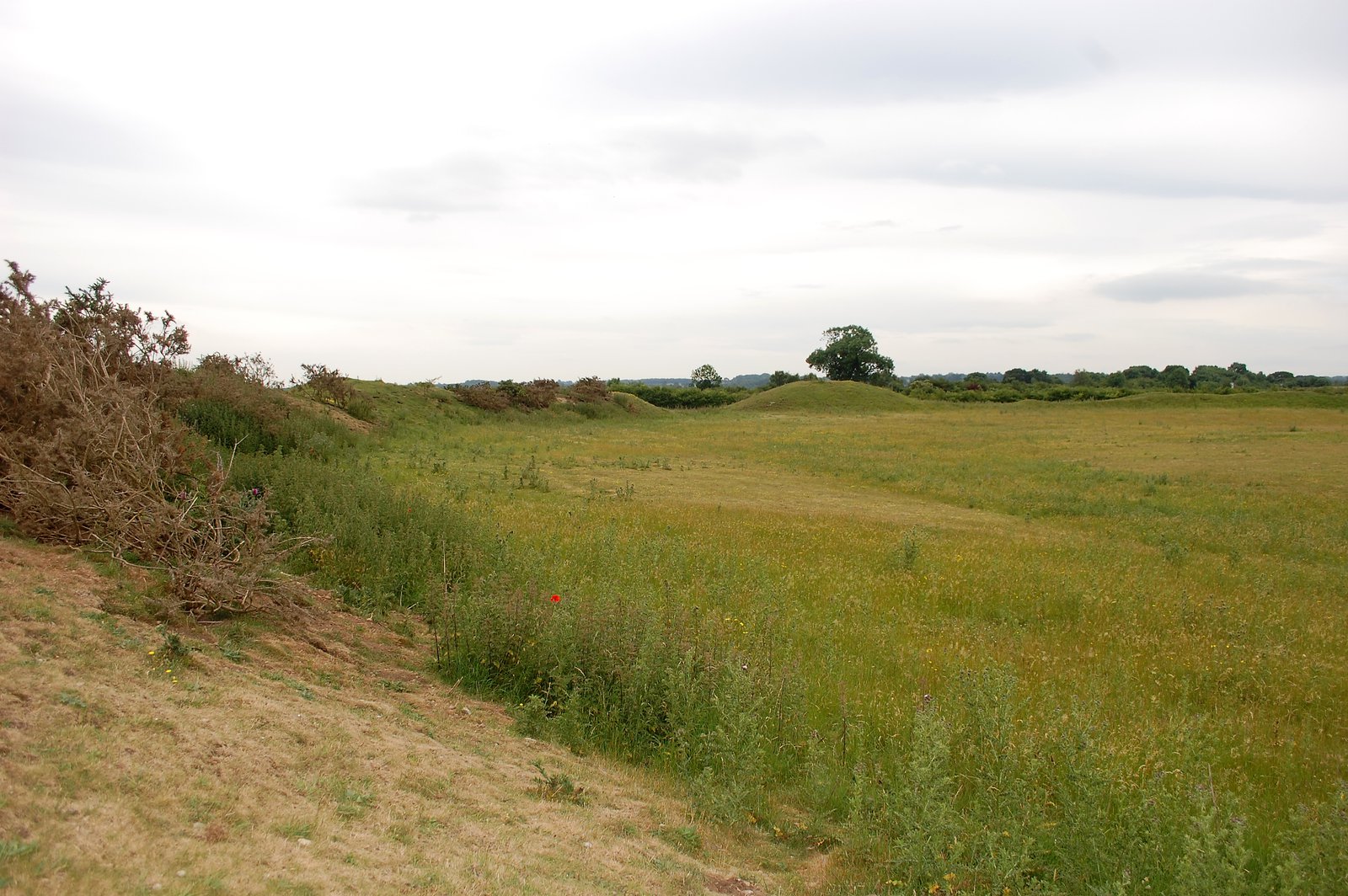 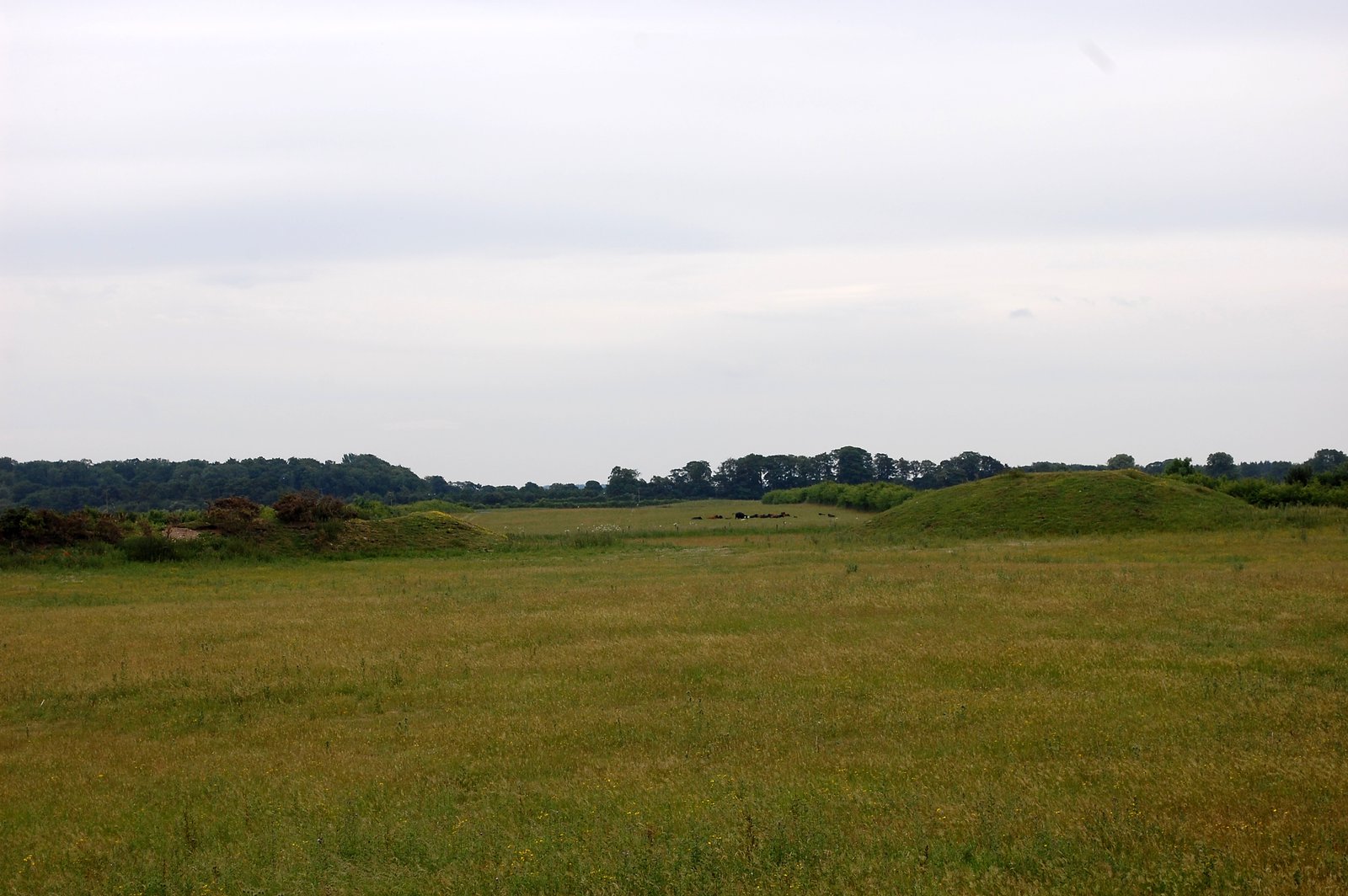