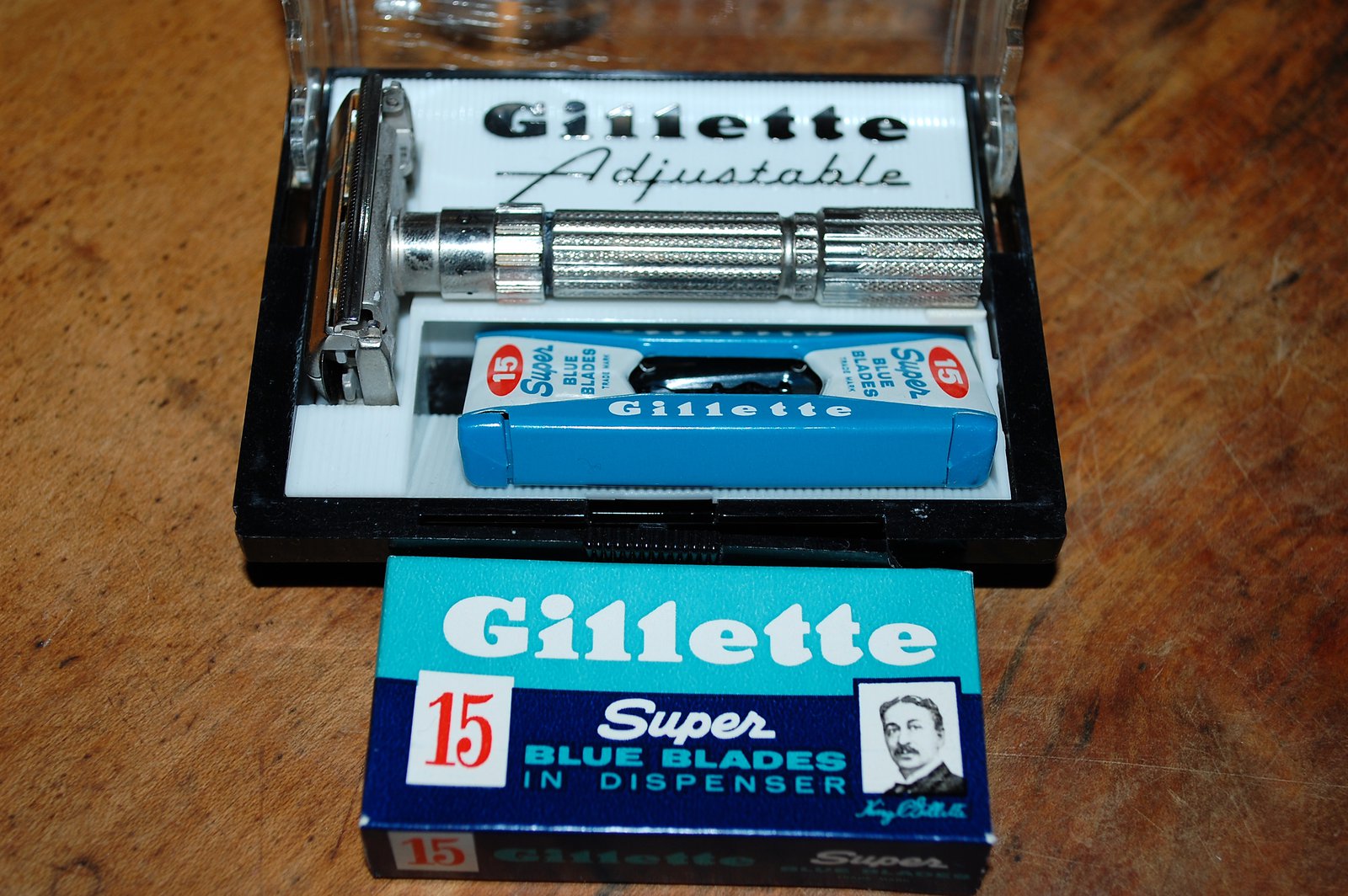 I bought a 1950s Gillette Fatboy razor about a month ago, which cost me a relative fortune.  It came swiftly from an Ebay seller in the USA with blessings from god which was mildly spooky.  It was really well presented in an original box with some original Gillette blue steel blades still in the packet; it had been cleaned and disinfected and looked in great condition.

The Gillette Fatboy is a legend with an iconic status amongst many old style shavers like me.  I am now owner of an increasingly silly number of razors, including the Gillette Red and Blue Tips, plus now the Gillette Fatboy.  But would it live up to its awesome reputation?  The quick answer is yes, except for my only minor frustration with the shape of the classic Gillette razorhead. 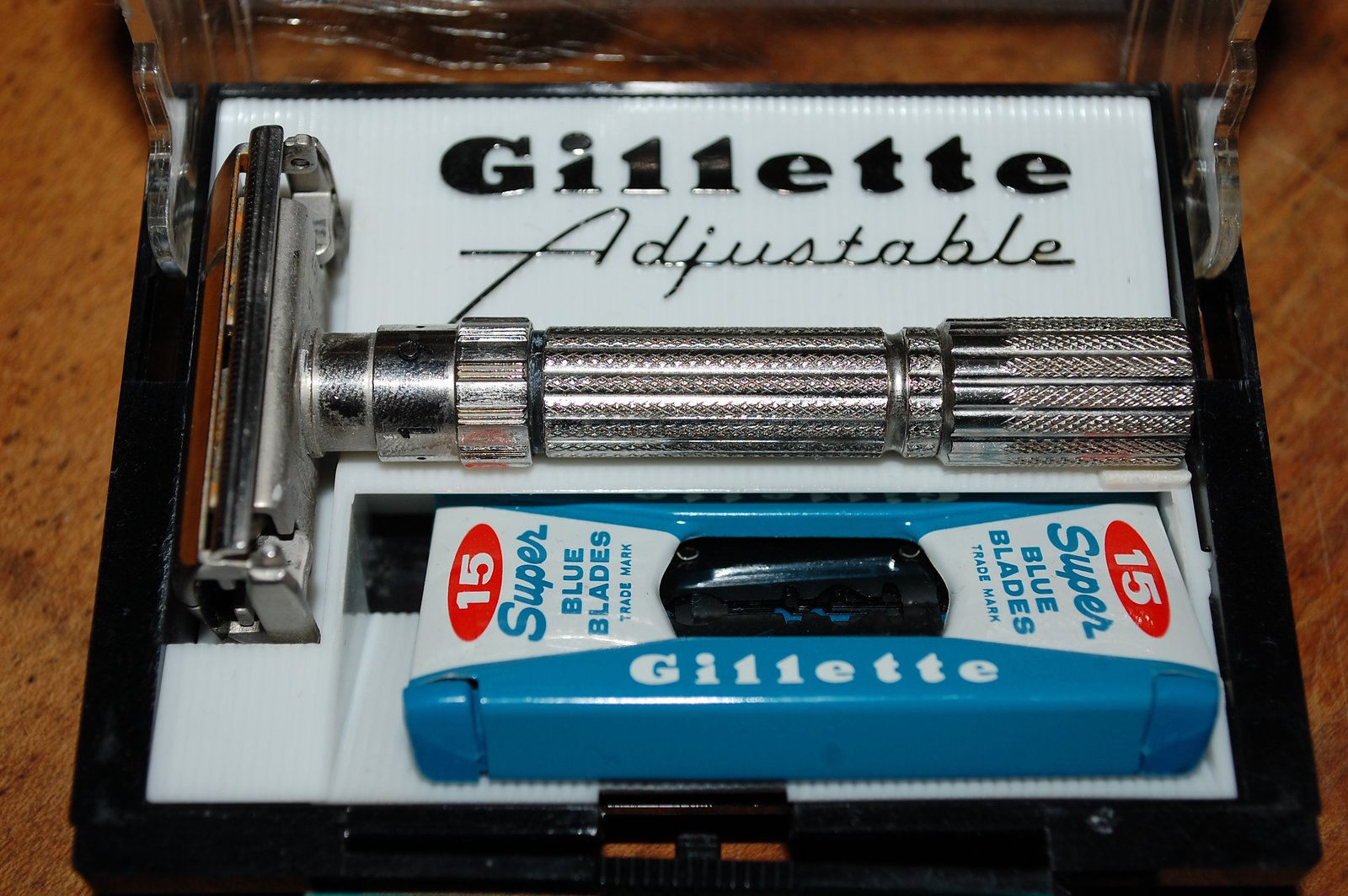 The Gillette Fatboy weighs in at a heavy 80g, a full 14g heavier than the Gillette Red Tip.  It is, also, 85mm long, so 1.5cm longer than the Gillette Blue Tip and Red Tip razors.  The razorhead is the same, sleekly engineered butterfly action razorhead as in the Blue and Red Tips but the heavier weight makes for a much better balance and hand feel than these other razors.  The balance is perfectly poised for a great shaving action, bringing the razor to the face with excellent control, whereas the lightness of the Gillette Blue Tip, for example, forces the shaver to be a bit more cavalier with the blade. 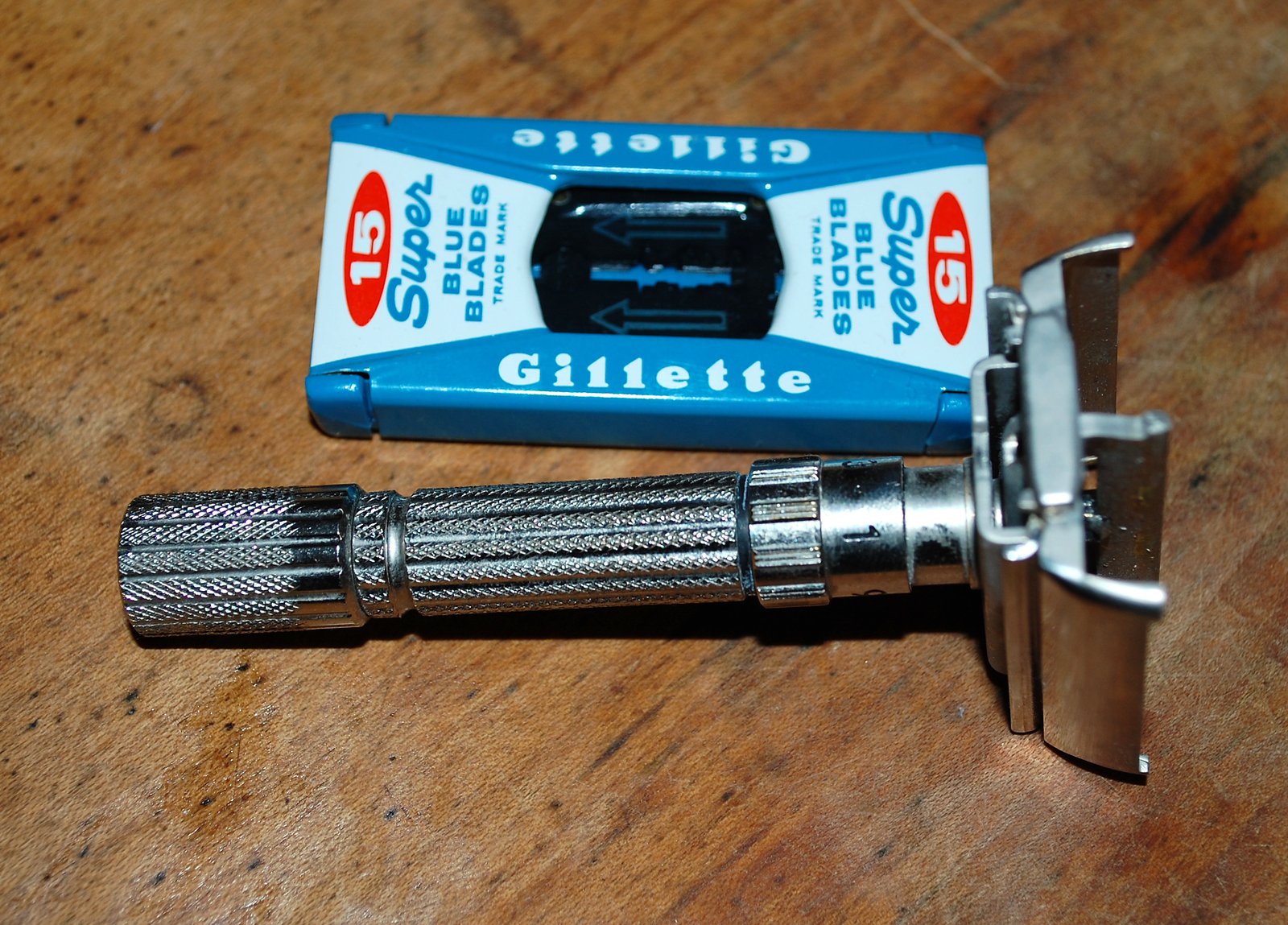 The Gillette Fatboy is awesome and commands great respect, and has a sleek and masculine engineering that is more like a Harley Davidson or even a Dodge truck or rather than a fast car like a Porsche.

This advanced razor, also, gives you the ability to change the angle of the blade to suit your shaving action or you can tweak it and so have a tighter shave over the face and then loosen the blade as you go over your neck.  I have used it for a few weeks now and have settled on a setting of about 4, which seems to work all over the face.  The shave is close and precise, without any extra aggression despite the comments of many others. 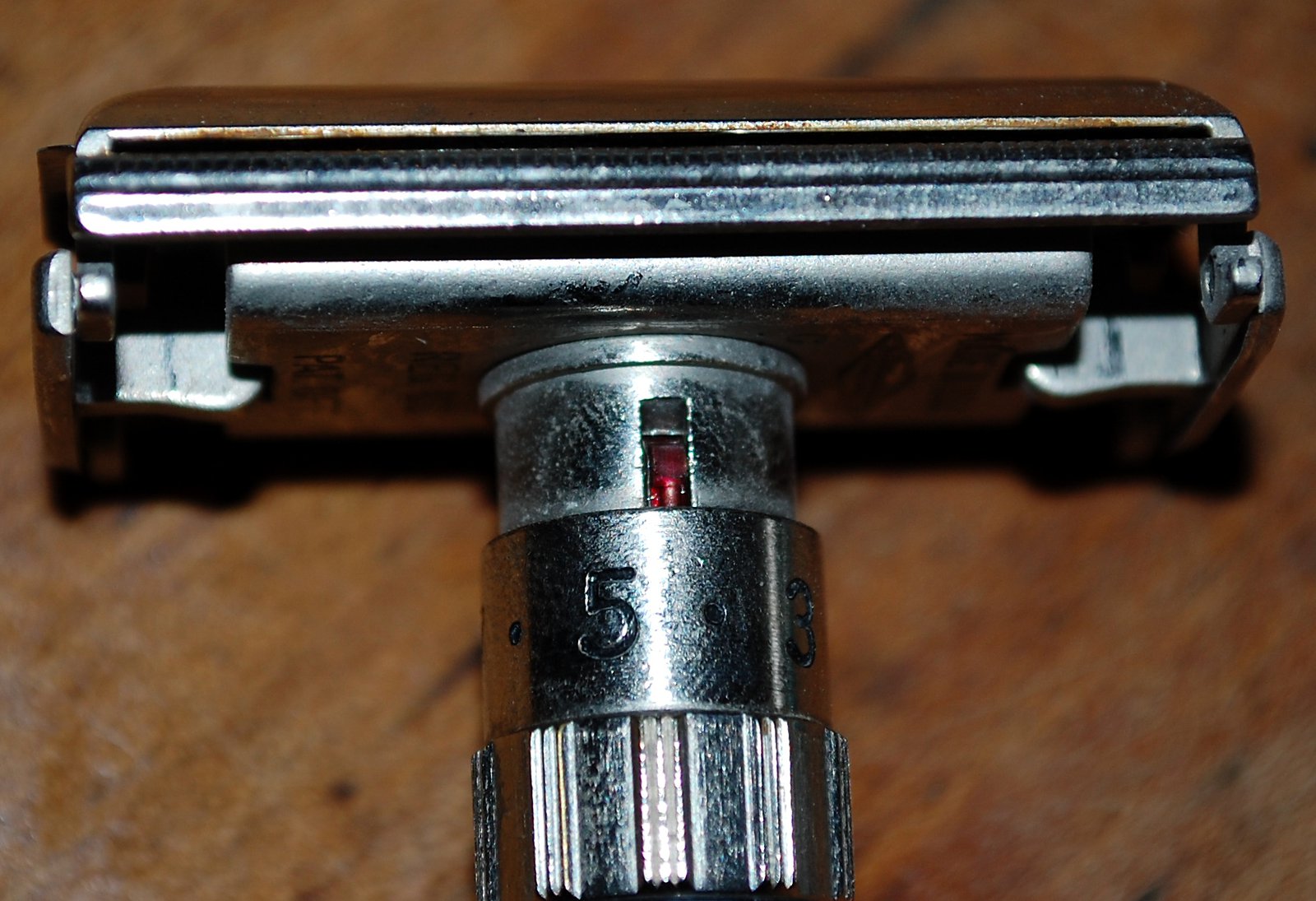 My only complaint is simple and it is a fault of all the Gillette's I have tried so far - the head is so big that you cannot get in close around the nose, so I need to use my original Gillette with a Contour blade to sort out the fine detail.  Similarly, the Gillette blue steel blades are period pieces but the blade is too flimsy and can make for an uncomfortable shave, so I prefer my normal Wilkinson Sword blades that have more strength.

Overall, this is a master of the shaving art, a really great piece of kit and worth the expense.