We've installed 11.5 kW of solar batteries at 11 Hallikeld Close that will store the solar energy generated by us, so further reducing our need to buy electricity from power generators.

We've just installed batteries to store the electricity generated by our solar panels.  This is really exciting and means we will be using even less electricity from the grid.  They have been installed for us by SolarPlus Yorkshire, who are a local firm and also installed the solar panels on 11 Hallikeld Close.

As we don't work full time (8am - 5pm, Monday to Friday), there is energy being generated by the solar panels at weekends and during summer evenings that is being wasted, or at least sent into the grid for no financial return.  Storing electricity in the batteries will allow some of this to be saved and then released into the business when we are at work, i.e. on Mondays and in the mornings.

This completes the work that we started in 2019 to minimise the amount of electricity we use and the electricity we draw from the grid, or so-called Resource Efficiency Project.  Allied to this, we have moved our grid energy to zero carbon energy from Octopus (100% renewables) and British Gas (75% renewables; 25% nuclear), with the medium term target of making our electricity use 100% sustainable.  We had hoped to have completed that this year but due to an ongoing contract, see below, we are still with British Gas, however as this is the energy account with the new batteries and solar power, so we should have drastically reduced if not eliminated our use of this.

The first phase of the program was to improve our behaviour within the business, so switching off lights and computers at night, with the server shut down over the weekend when we do not work.

The second phase was installing motion sensors into low usage rooms, so toilets, warehouses and cupboards, to ensure lights were not left on by mistake.  At the same time, all our lighting was switched over to LED lighting.

The fourth phase - this one - was kickstarted by a mistake on my part.  We are with British Gas at 11 Hallikeld Close on their British Gas Lite tariff.  We had wanted to sell our excess solar energy into the grid, but they refused to allow this, giving the excuse that the meter and the tariff would not allow feed-in of energy.  That was a surprise and unhelpful to say the least.  So, we had intended to switch to another provider this year, but stupidly we signed up with Bionic some years ago and they resigned us up to British Gas Lite for 4 years this year without me realising.  Apparently, I had signed up to a DIFY service that meant they Do It For You - aarghhh!  I won't be doing that again and have their contract.

Anyway, the consequence of that was we decided now was the time to install some batteries to store solar energy generated.  It is not very cost effective but good for the environment.  To be honest, the British Gas Lite charge is 18.86p per kWh while the marginal cost of the solar energy is 0p per kWh, and the feed-in payment would only be 3.2p per kWh, so perhaps it is sensible economically even if the payback is very long.

And then there's our trees...

At 11 Hallikeld Close, we have installed 12 kWh installed generation capacity, which we reckon will give us 10 kWh.  This removed 5 tonnes CO2 every year.

We have now installed Solax lithium batteries that will store 10 kWh of energy and have a life cycle of 16 years (around 6,000 cycles).  The battery has been wall mounted.  The stored energy is managed via a the Solax R3 three phase inverter system, which should also tell us how much energy we have generated, stored and used; all the data is accessible via wifi.  Some excess electricity will still be exported into the grid but this will now have been kept to a minimum. 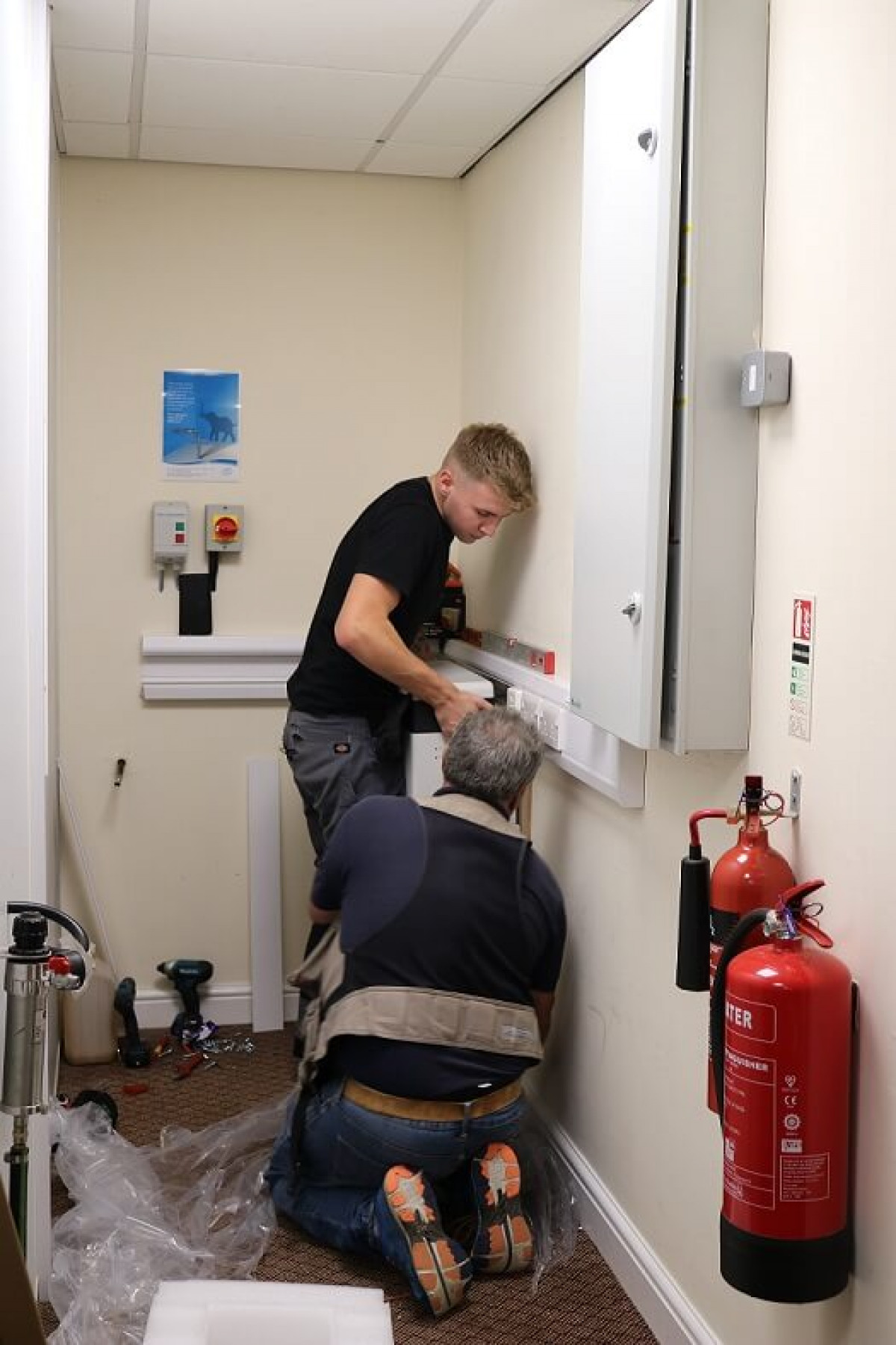 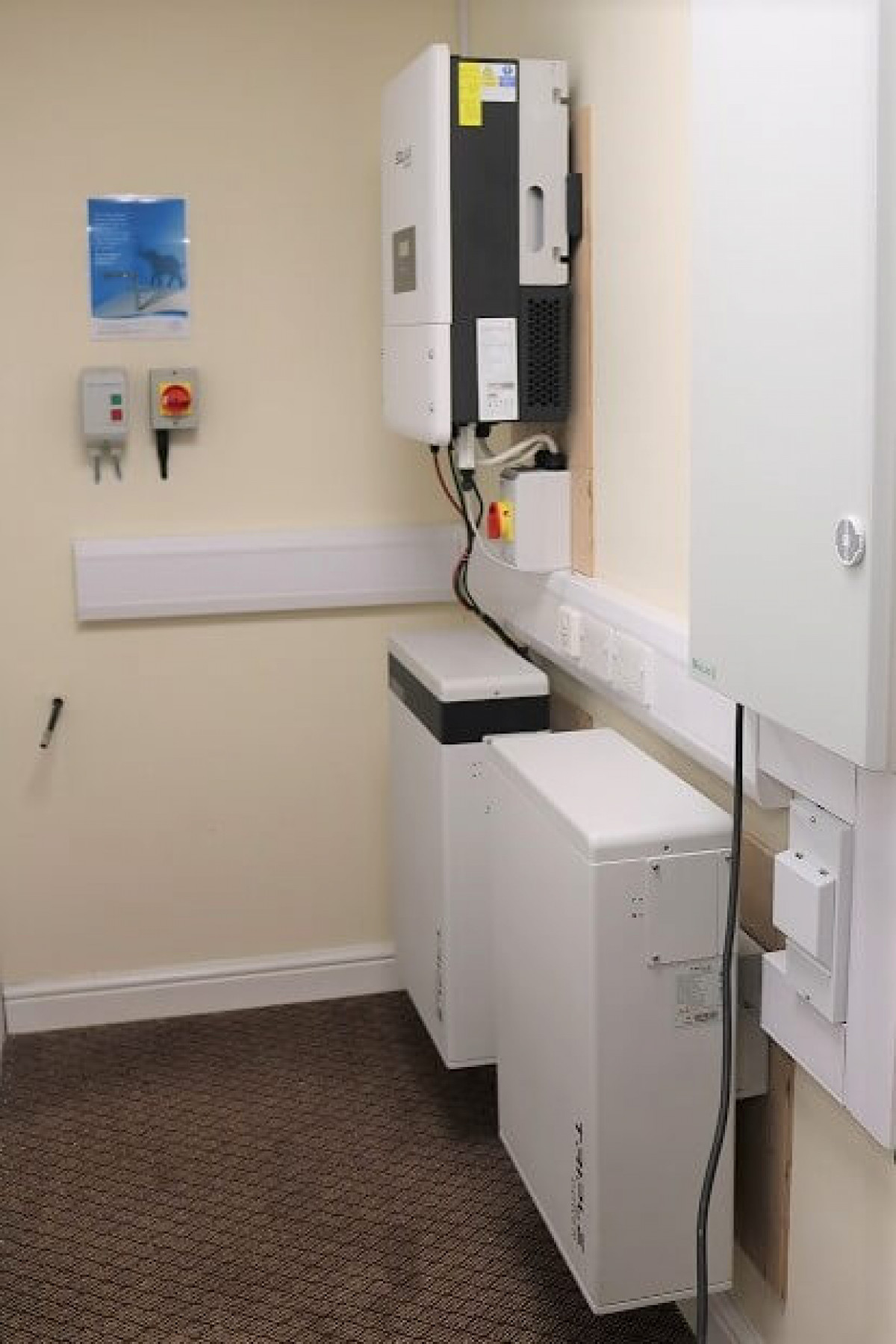