Steenbergs announces its new wood of 55,000 mixed native trees on 50 acres of farmland that will capture over 18,000 tonnes of carbon.

We have a small wood in Wales.  It is a new wood of 55,000 mixed native trees on 50 acres of farmland that will capture over 18,000 tonnes of carbon.  It has some older trees in hedgerows and wooded areas, with new native broadleaf trees planted in grassland.

The existing woodland is 20,000 trees – over half of these are young and still growing, especially in the hedges.  This breaks down as 13,000 established trees in 2.5 miles of traditional hedgerows that are being allowed to grow out, 1,000 self-sown trees in the fields, and 6,000 trees in 6.75 acres (2.75 hectares) of older woodland.

The newly planted wood covers 42 acres (17 hectares) and has been planted with more than 35,000 native broadleaf trees, with 34,000 of mixed native trees planted in 2017 (see image above) and another 1,000 sessile oaks in 2021, replenishing some areas where the trees had not been doing so well. 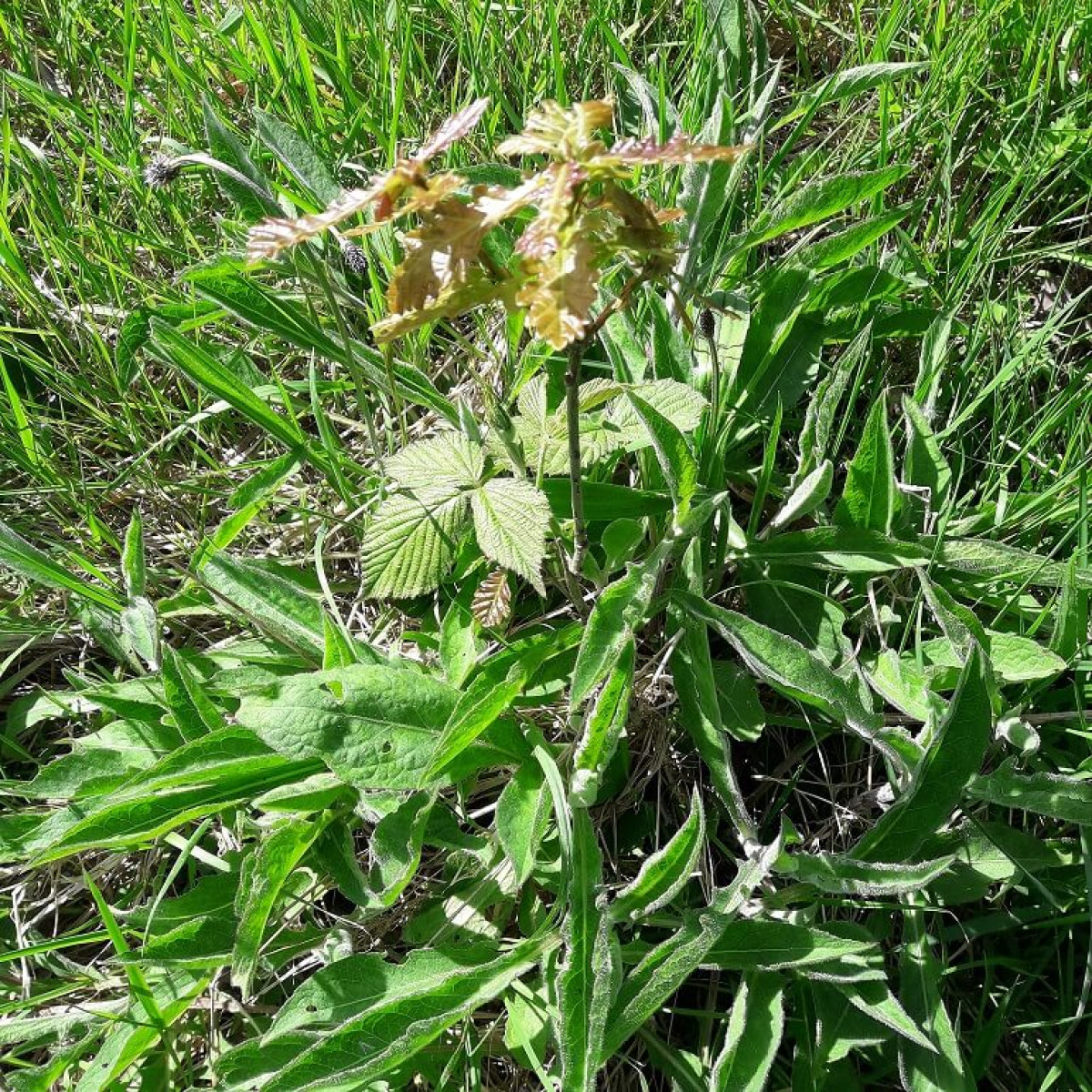 There are alder trees, ash, blackthorn, downy birch, elder, hazel, hawthorn, holly, sessile oaks, sycamore and willow.  Some trees are young like the recently planted alder, downy birch, and oaks, while others are more established with a few beautiful, mature oaks that are around 150 years old.

The trees will help stop climate change.  The new trees will sequester 14,800 tonnes of carbon.  The project conforms to the UK Forestry Standard and is under the Glastir Woodland Creation scheme with the Welsh Government and the Forestry Commission’s Woodland Carbon Code, so this carbon capture is being both monitored and validated.

Nevertheless, the older trees are not only a carbon store but also contribute to carbon sequestration.  They store carbon because we will not cut down the trees as we have adopted a no harvest policy.  So, the carbon already in these trees has been fixed and will not be used for fuel.  Then, there is the soil itself, which is an important carbon store, particularly as our no-harvest strategy will leave the soil undisturbed.

The hedges and younger self-sown trees will assimilate carbon as they grow strongly and mature, and older trees will continue to grow, even if at slower rates, but these are not counted in the “official” carbon units.  We reckon that is at least another 3,500 tonnes of carbon.

We own this small wood in Wales, so it is not just a climate change thing.  If it were, we would be better off buying more carbon credits, getting the certificate, and ticking that box – it would be a whole lot cheaper and much less hassle, but it would bring us a lot less joy!

Actions speak louder than words.  Our wood is about doing something genuine for the planet, getting our hands dirty and working with a real natural space, where we can show you what we are doing for a better future, rather than wafting around a (virtual) piece of paper about green policies and certifications.

For now, though, we are pleased to be able to say that Steenbergs has more than covered our carbon – past, present, and future!