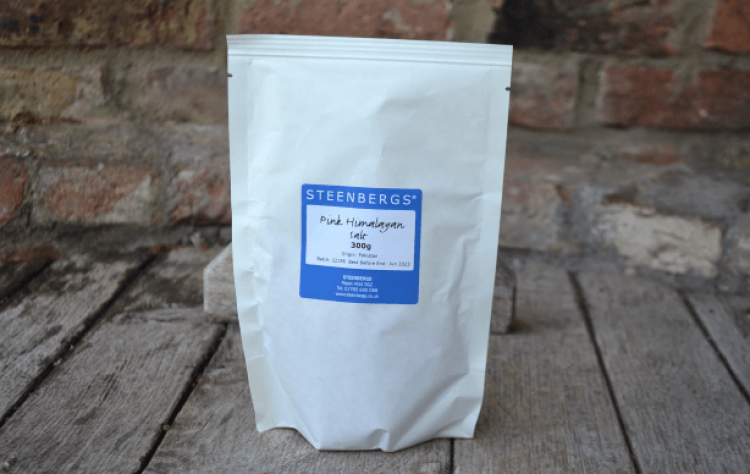 Part of the new improved heat sealed paper bag range of herbs and spices from Steenbergs.