Steenbergs organic cinnamon quills (or sticks) come from small family farms in Sri Lanka and has a complex and fragrant taste, with a citrus overtone and rich buff colour.  Steenbergs' cinnamon are graded as "Export Fine Quills, C5 (or C-00000)"... 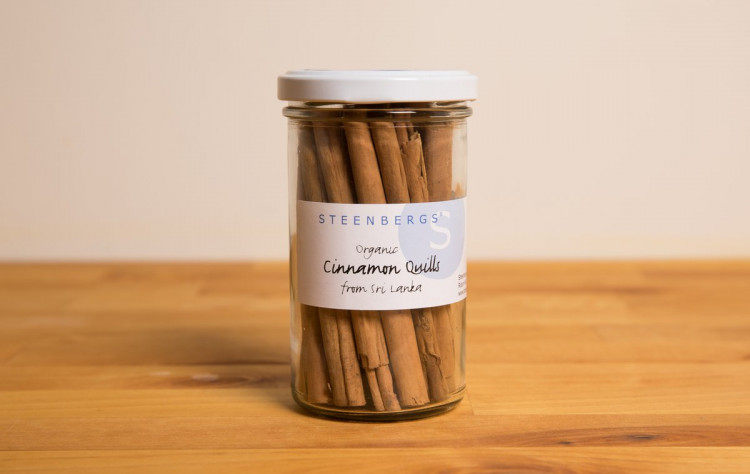 For processing cinnamon, the first stage is to train the tree by cutting the tree down to a stump 15cm (6 inch) above the ground. From this stump, up to 6 shoots are encouraged to grow for up to 2 years before harvesting. Cinnamon spice is prepared by skilled cinnamon peelers, who harvest shoots when they are 1.5m long (5ft) and 3cm in diameter (1 inch). Taking the cut shoot, the cinnamon peeler removes the outer corky bark, then rubs the stem to remove the paper-thin layer of cinnamon under-bark, which is then cut from the cinnamon shoot. This moist and citrus-smelling quill is rolled tight before being taken to dry in the warm shade. The result is a tightly rolled quilling of wafer-thin tan coloured bark, which can then be cut into a range of sizes for the retail customer. Shavings and trimmings from the cinnamon cutting and peeling process are dried and used to make the powder. This is the process used in India and Sri Lanka; for the lower quality, coarser cinnamon quills and powder that is often found on retailers' shelves, the source is usually from semi-wild cinnamon trees in the Seychelles. For more information on cinnamon, check out Ingredientia and Wikipedia or there's a good set of pictures at the BBC website on the cinnamon process.

Organic cinnamon quills have a complex and fragrant citrus flavour that is full of exotic sweetness. Cinnamon's perfumed aroma is unique but has hints of clove, nutmeg and sandalwood. Cinnamon is great in savoury foods - just pop a few quills in to a lamb casserole or use in curry recipes - or use in drinks liked mulled wine or a real Indian chai tea. For further inspiration, go to Steenbergs Recipes and enter cinnamon for recipe ideas or try the BBC Website (but note that the photo they have is of cassia!).

Steenbergs organic cinnamon quills is a core part of the Steenbergs retail range of over 400 organic spices, peppers, herbs and flavoured sugars. To check your local Steenbergs stockist please click here, or you can ring us on 01765 640 088, or email us at enquiries@steenbergs.co.uk. 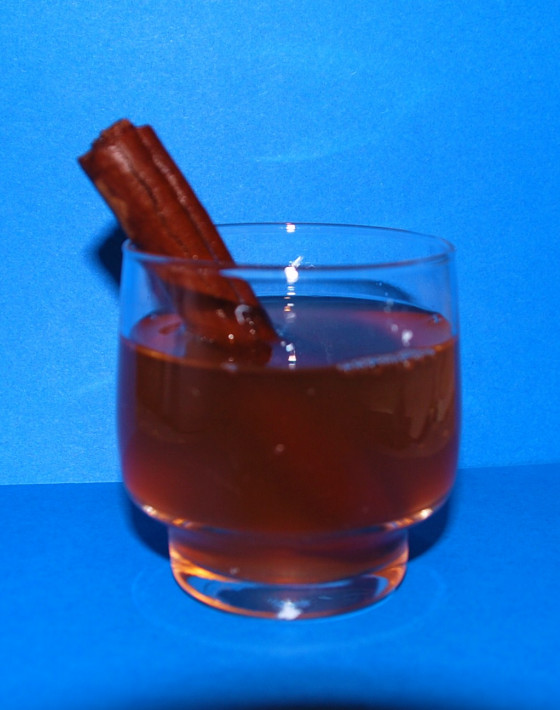 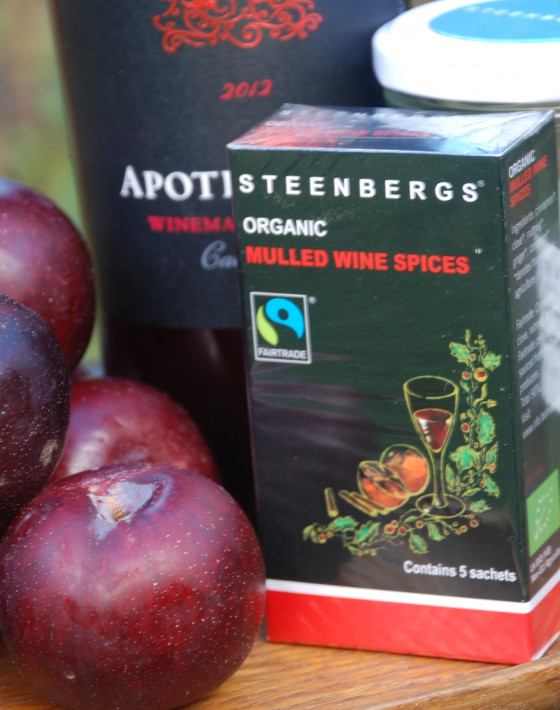 The evocative aromas and tastes of mulled wine spices should be enjoyed far more regularly than they are. I am...