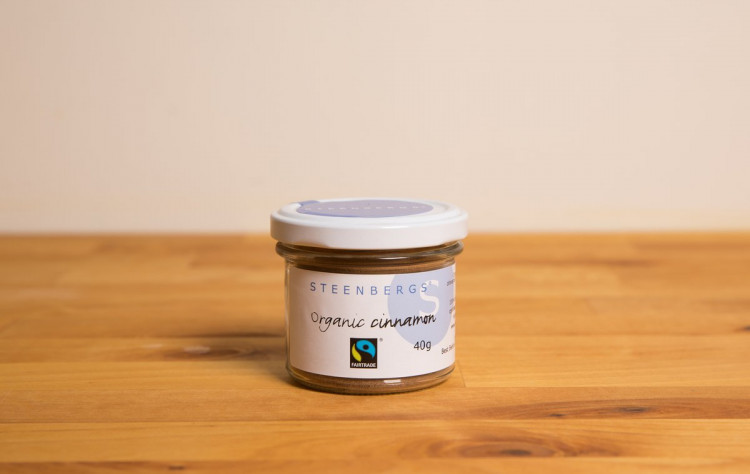 Steenbergs Organic Fairtrade cinnamon powder comes from the true cinnamon tree - Cinnamomum zeylanicum - the powder is made from the bark of the tree.  These are ground down to give a tan coloured powder with an aroma that is sweet, perfumed, warm and mildly woody with no hint of bitterness (unlike cassia which has a certain level of bitterness).  It reminds me of the smells of Southern India and Sri Lanka, an almost mildly sandalwood flavour.  I use it on anything from porridge in the morning to curries and bread and butter pudding and through to flavouring stews and curries - organic cinnamon has to be on the most versatile of spices.

Steenbergs Organic Cinnamon Powder is a deliciously sweet and fragrant baking spice that comes all the way from Sri Lanka, the pearl of the Orient and home to true organic cinnamon trees rather than cassia cinnamon, which we market as cassia. Complex and fragrant, Steenbergs organic cinnamon powder has citrus-lemon top notes and a rich buff colour. Steenbergs Organic Cinnamon Powder is the perfect sprinkle on French toast, rice pudding or fresh fruit. At Steenbergs, we buy our organic cinnamon from small-scale family holdings in Sri Lanka, who are organised into co-operatives for processing and marketing.

For processing cinnamon, the first stage is to train the tree by cutting the tree down to a stump 15cm (6 inch) above the ground. From this stump, up to 6 shoots are encouraged to grow for up to 2 years before harvesting. Cinnamon spice is prepared by skilled cinnamon peelers, who harvest shoots when they are 1.5m long (5ft) and 3cm in diameter (1 inch). Taking the cut shoot, the cinnamon peeler removes the outer corky bark, then rubs the stem to remove the paper-thin layer of cinnamon under-bark, which is then cut from the cinnamon shoot. This moist and citrus-smelling quill is rolled tight before being taken to dry in the warm shade. The result is a tightly rolled quilling of wafer-thin tan coloured bark, which can then be cut into a range of sizes for the retail customer. Shavings and trimmings from the cinnamon cutting and peeling process are dried and used to make the powder. This is the process used in India and Sri Lanka; for the lower quality, coarser cinnamon quills and powder that is often found on retailers' shelves, the source is usually from semi-wild cinnamon trees in the Seychelles. For more information on cinnamon, check out Wikipedia.

Cinnamon powder has a complex and fragrant citrus flavour that is full of exotic sweetness. Cinnamon's perfumed aroma is unique but has hints of clove, nutmeg and sandalwood. Cinnamon is great in sweet baking as well as in savoury foods, such as curries and I love it with duck or lamb simply rubbed onto the outside. For further inspiration, go to Steenbergs Recipes and enter cinnamon for recipe ideas or try the BBC Website .

Steenbergs organic cinnamon powder is a core part of the Steenbergs UK retail range of over 400 organic spices, peppers, herbs and flavoured sugars. To check your local Steenbergs stockist please click here, or you can ring us on 01765 640 088, or email us at enquiries@steenbergs.co.uk. 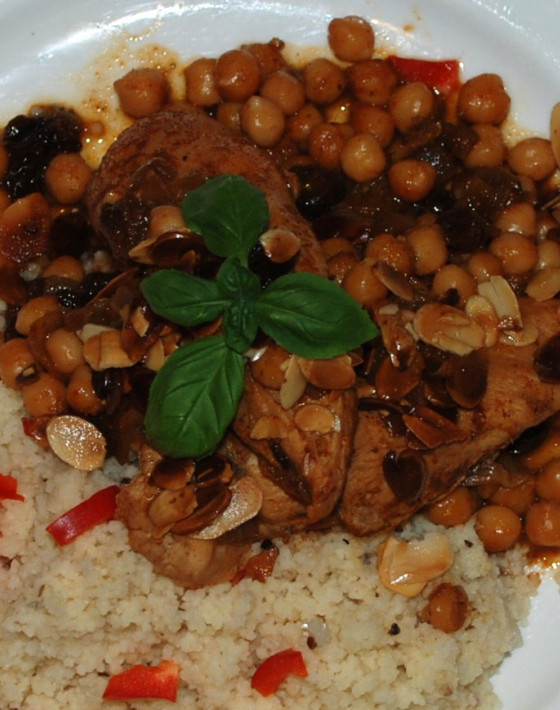 Classic middle eastern spice mix - harissa, which is a chilli hot mix of spices and creates a very flavoursome...

Delicious soft middle Eastern dates with truly Yorkshire rhubarb is definitely worth trying. This recipe contains no onions so its...