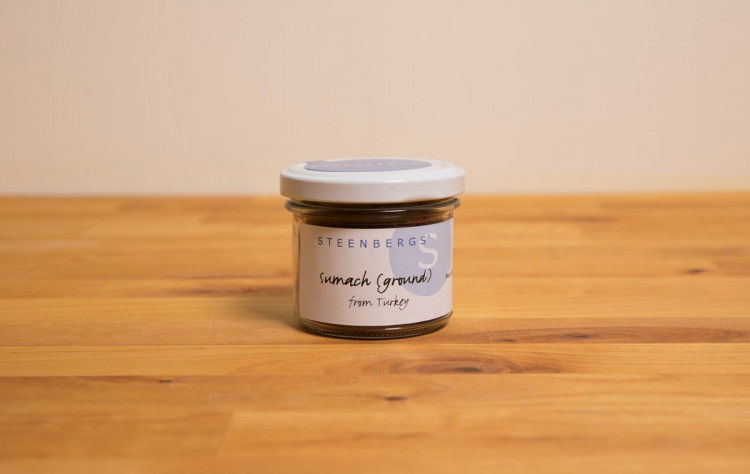 Steenbergs Sumac is one of Steenbergs few specialist non-organic spices and continues to be one of Steenbergs really popular range of specialist spices. We only stock pure sumac or sumach (i.e. with no salt).  Sumac is a key ingredient in middle-eastern cooking. Used on its own, sumac has the tartness of lemon juice, alternatively mix sumach with thyme and sesame seeds and make zatar which can work as a delicious marinade.

As featured in Ottolenghi  - the Cookbook - written by the Yotam Ottolenghi and Sami Tamimi, this London based restaurant draws on numerous culinary traditions from Persia to California, focussing particularly on the Mediterranean. There are now 4 of these restaurants in Islington, Belgravia, Kensington and Notting Hill.  The book was kind enough to mention us in regard to buying sumac and za’atar. In the book, they are recommended as great garnishes for a plate of hummus or labneh - a type of Arab cheese. They also recommend both sumac and za'atar for salads and roasted meats.

Within the Middle East, sumac is used extsnively as a souring agent like we might use lemon juice, so you can use it in much the same way by sprinkling over lamb before grilling or adding to a kebab.  Sumac works well against tomatoes in salads or roasted with onion and garlic in the oven, and is essential to the Lebanese Bread Salad, fattoush.  For a delicious egg and pecorino pizza using sumac and za'atar, created by Yotam Ottolenghi, or sumac eggs by Hugh Fearnley Whittingstall.  For more inspiration using sumac go to Steenbergs recipe section or Bethany Kehdy's blog for these tasty recipes: Mixed Greens Salad with fried egg sumac; Phyllo Parcels stuffed with burghul sumac laced sea bass;  Swiss Chard stuffed with zesty herb rice and chickpeas.

The sumach tree that bears the fruit for use in cooking is the only one out of 150 species of Rhus that is fine for cooking, with many being poisonous or seriously irritating.  The tree, Rhus coriaria, grows in pretty poor and rocky soil similar to that enjoyed by olive trees.  Sumach trees grow to 3 metres high (10ft) and have quite dense, deep green, frony foliage, and unlike UK ornamental sumach bushes it does not turn bright scarlet.  The tree bears small bunches of little white flowers,before the fruit cluster develops.  Sumac berries are tightly bunched, conical clusters of pinkish red to crimson allspice sized berries; the sumac clusters grow 8-10cm (3-4 inches) long and 2cm (0.75inches) across.  When ripe, the berries are crimson and have a thin outer skin around a hard tick-shaped seed.  The sumac powder is a deep burgundy colour, coarse textured and moist.  The aroma of sumac is fruity with a lingering freshness, while its taste is tangy and pleasantly sour.  One of its names is tanner's sumac and it has the ability to soften and tan some of the harsher fresh vegetables, for example tossing it in with fresh onions will soften them and reduce their harsh oniony flavour.  For more information on sumac, visit Gernot Katzer's Spice Pages.

Sumac is part of the Steenbergs range of Arabic spices and blends.  For other specialist ingredients, browse our web site, call us on 01765 640 088 for a chat or email to enquiries@steenbergs.co.uk. 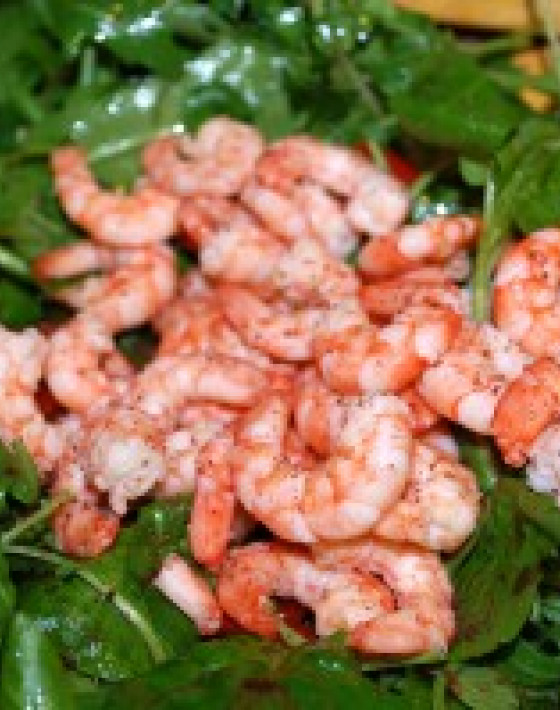 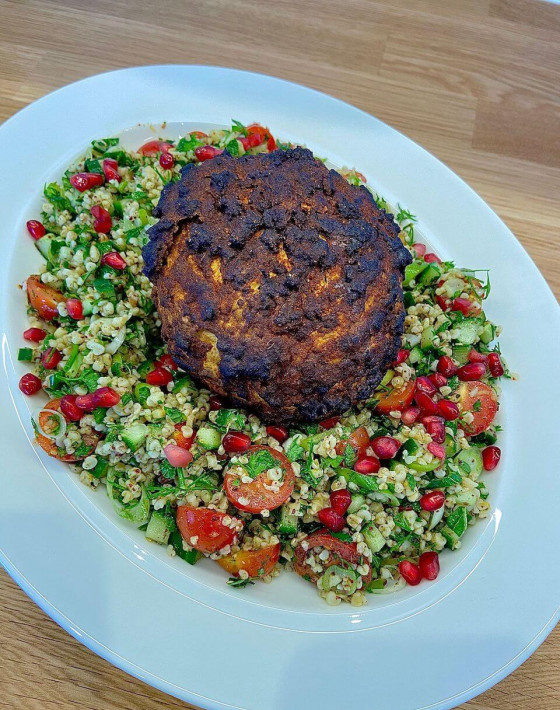 "This vegan centrepiece is perfect for sharing at a special occasion. Roasting a celeriac whole really intensifies its deliciously earthy...