Cinnamongate: is cinnamon safe to eat?

We regularly get asked questions about the safety of cinnamon, e.g. “is cinnamon safe to consume?” or “how much coumarin is there in Steenbergs cinnamon?”  There's a lot of chatter about this issue in webworld and in blogs. 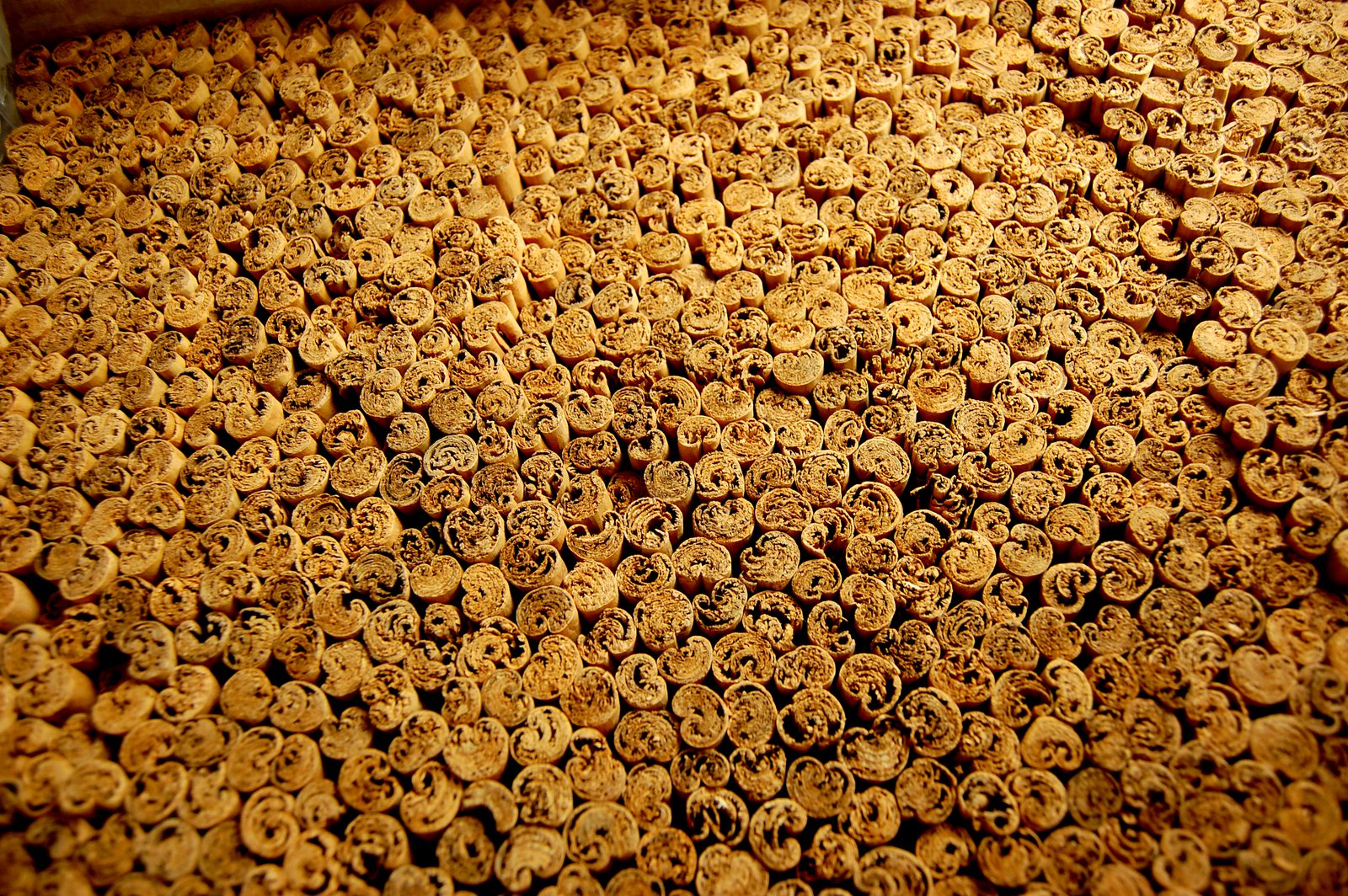 Because of these queries, I thought it useful to investigate the situation and find out the levels of coumarin in some Steenbergs’ products.

No more than 1 teaspoon of cassia cinnamon per day, based on EU recommendations for Tolerable Daily Intake (TDI) of 0.1 mg of coumarin per kg bodyweight every day

If you need further information, you should consult a doctor.  I have taken the data for this blog from official Government sources and current scientific papers, so it is up-to-date as of 19 July 2015.

What is coumarin? Coumarin is a naturally occurring volatile oil (benzo-α-pyrone), found in many plants, e.g. cassia, cinnamon, tonka beans, vanilla and woodruff.  It gives that pleasing and heady cinnamon aroma - a direct, sweet, fresh hay character.  It was first isolated in tonka beans in the 1820s and took its name from the old botanical name for tonka – Coumarouna which in turn came from the native French Guianan name for the tonka tree, kumarú.

Where is coumarin found?  As mentioned above, it is found in various spices.  However, the most important route of intake is via cassia or cassia cinnamon and this is the cinnamon that the various studies relate to.

You can tell the difference quite quickly – true cinnamon is a light tan and has a subtle woody aroma like box or sandalwood, with hints of cinnamon and citrus, whereas cassia cinnamon is a darker tan and has a more direct, blunter petrochemical aroma that is strongly “cinnamony” and reminiscent of German Christmas biscuits (Spekulatius or Zimtsterne) and Danish pastries.  As an aside, we are sometimes told Steenbergs cinnamon does not taste like cinnamon, but then find there has been confusion between cassia and cinnamon, because this is the more readily-found form of the spice.

The confusion arises because cassia cinnamon is quite legitimately, also, sold as cinnamon and is the cinnamon used in baking – hence, it’s other name “baker's cinnamon”.

Why is coumarin a concern? In high doses, coumarin can cause liver damage in small group of sensitive individuals.  However, only some individuals are susceptible to liver issues from coumarin, and those individuals would need to exceed the TDI for more than two weeks before liver issues might arise, then if they do occur the toxicity is reversible.  Maximum daily limits of coumarin have been set in the EU.

This issue originally arose with a report on cassia cinnamon in 2006 by the Bundesinstitut für Risikobewertung (“BfR”), the scientific agency charged with providing scientific evidence for consumer health protection in Germany.  This showed that consumption of foods containing cassia cinnamon can result in the TDI of coumarin being exceeded, because of the high levels of cassia cinnamon used in some recipes.  Consequently, there has been a knock-on impact for bakers of traditional European bakery goods, e.g. cinnamon rolls (Danish pastries/kanelsnegle) and cinnamon Christmas cookies (Zimtsterne) within Europe, and people who use cinnamon to reduce their sugar intake by sprinkling it onto their cereal.

EC Regulation 1334/2008 gives the following limits for coumarin, which specifically excludes spices and mixes of spices, herbs, teas and infusions:

Compound food in which substance is restricted

Fine bakery ware, with the exception of traditional and seasonal bakery ware (above)

The best technical information available is found at the BfR’s website.  There is an excellent FAQ that covers pretty much everything you need to know: http://www.bfr.bund.de/cm/349/faq-on-coumarin-in-cinnamon-and-other-foods.pdf, and their latest opinion includes the following on consumption of spices (see http://www.bfr.bund.de/cm/349/new-insights-into-coumarin-contained-in-cinnamon.pdf dated 2012)[1]:

“For cinnamon sticks and cinnamon powder as a spice for household use, no limit values have been defined, however.  If an average coumarin content in cassia cinnamon of 3000mg per kilogram of cinnamon is assumed, the TDI value can be exceeded by consumers who eat a great deal of cassia cinnamon.  For an adult with a body weight of 60kg, the TDI value is reached, if 2g of cassia cinnamon are consumed per day.  For an infant with a body weight of 15kg, this is the case if 0.5g of cassia cinnamon are consumed per day.  Overall exposure can be increased by other sources, for example coumarin-containing cosmetics.  Consumers who frequently and regularly eat cinnamon-containing foods should be aware of this.  The BfR still recommends that cassia cinnamon is consumed in moderation.  Consumers frequently using large quantities of cinnamon as a condiment should therefore opt for the low-coumarin Ceylon cinnamon.”

How much coumarin is there in Steenbergs spice products?  We have had some of our relevant spices tested for coumarin levels by Eurofins Analtytik GmbH, using high performance liquid chromatography.  The results are shown in the table below, together with results from peer-reviewed scientific papers.

In conclusion, cassia cinnamon has coumarin levels of 2239 – 4167 mg kg-1, almost 100 times greater than levels in true cinnamon with the range of 0 – 68 mg kg-1.  Steenbergs spice mixes have low coumarin levels at 22 - 670 mg kg-1.  where one of the blends included about one-quarter cassia cinnamon.  In contrast, tonka beans have very high levels of coumarin of 52000 mg kg-1.

What does this mean in relation to safety to eat?  The BfR has issued guidance on the TDI that a person can eat daily over a lifetime without appreciable health risk and this includes those sensitive to liver damage from coumarin[1].  The TDI is 0.1 mg of coumarin per kg bodyweight every day.  An adult of 60-70 kg (9½-11 stone) can, therefore, eat 6-7 mg of coumarin per day safely for the rest of their life.  Further, for a 20-30 kg (3-5 stone) child, the limit is 2-3 mg coumarin.  The European Food Safety Authority has calculated the same levels [8].  Even if this value is exceeded for a short while, this does not appear to pose any health risks per BfR and EFSA.

These levels are relevant through time, so a child who eats his/her coumarin limit twice in a week only reaches 29% of his/her TDI (assuming no other cassia cinnamon is ingested).

In contrast, an adult can consume 55-104 teaspoons of true cinnamon and children 24-45 teaspoons.  Therefore, the levels of consumption for true cinnamon are effectively unlimited in terms of coumarin.

What can bakers do about this?  Ideally, you should get your cassia’s coumarin content tested and determine the final coumarin content of your bakery products.  Also, whenever food authorities have tested for coumarin, quite a number of products seem to exceed the legal limits – probably because people are unaware of the regulations.

However, we have created a practical guide as below.  If we assume the safe limits for coumarin consumption are those listed in the EC Regulation EC 1334/2008, then maximum levels for use of cassia and true cinnamon can be calculated and practical limits determined for bakers and other manufacturers.

Approximate teaspoons of cassia per kg(ii)

(ii) Based on level teaspoons for cassia of 2.8g and cinnamon 2.0g.