Known locally as Siratany (salt of the earth) in Malagasy, this specialist direct trade salt is made by women in the Ankazombalala rural commune in south-west Madagascar.

Following on from the successful launch of Para’s Special Wynad Pepper last year, Steenbergs has completed this exclusive and direct trade seasoning set with a Siratany Madagascan Bourbon Salt.

With an earthy colour, Madagascan Bourbon Salt has a pleasant, light mineral flavour and has a comparatively high potassium content and low sodium content. 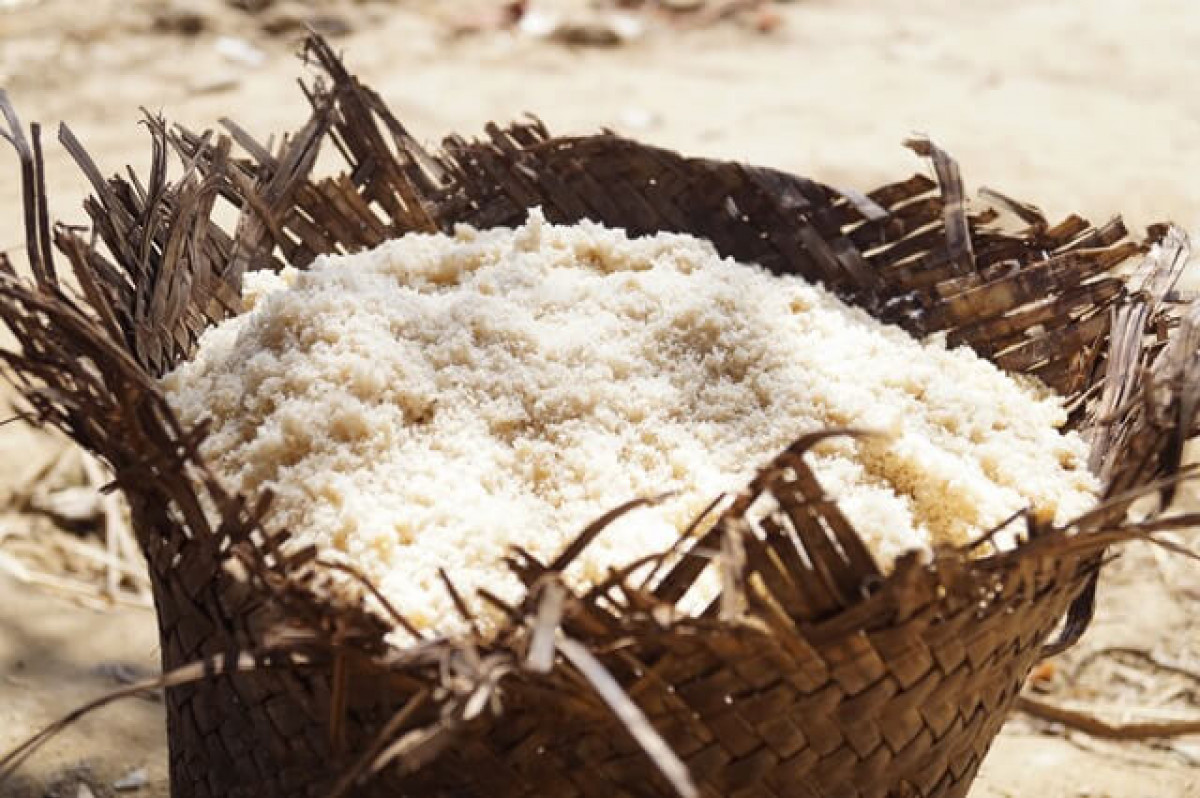 Known locally as Siratany (salt of the earth) in Malagasy, it is made by women in the Ankazombalala rural commune in south-west Madagascar. Women collect soil from source sites, then mix the soil with water and filter the soil through reed sieves, to separate the salt from the soil. The brine is then boiled to remove the water, leaving behind pure Siratany, which is packed and shipped direct to Steenbergs in the UK.

“At Steenbergs, we are passionate about provenance and want to celebrate the spices and seasonings of small independent producers and growers,” says Axel Steenberg, founder of the company with his wife Sophie. “Our single estate Para’s pepper and newly launched hand-harvested Madagascan salt are fabulous examples of how traditional “slow” methods can create great tasting products, and how through direct trade small scale producers can get access to the benefits of global trade – as income, and support for community-based conservation.  This is the heartbeat of what Steenbergs is about.”

We pack Siratany and Para’s Wynad pepper here in Yorkshire into UK-sewn calico bags with the tag containing the story of the salt and the pepper. We also produce a Gourmet Gift Set containing one Madagascan Salt and one Para’s Pepper which will definitely appeal to all food lovers.

Bezà Mahafaly is a nationally protected area and one of the best sites to see lemurs in the wild. The reserve is home to two diurnal and two nocturnal lemur species. Radiated tortoises occur at high density in the eastern part of the reserve and are easy to spot, particularly in the wet season when they are most active. Close to a hundred species of birds are present year-round or seasonally. In addition, the forest is home to 4 species of tenrec, 3 species of carnivores, 6 species of bats, 14 species of saurians (geckonids, iguanids, gerrausaurids and cameleons), and 14 species of snakes.

Siratany is a community project.  The salt is produced by women in the Ankazombalala Rural Commune in Southwest Madagascar.  It provides an income for the producers, and, also, supports community-based conservation activities centred on the collaboratively managed Bezà Mahafaly Special Reserve, located in the Commune. 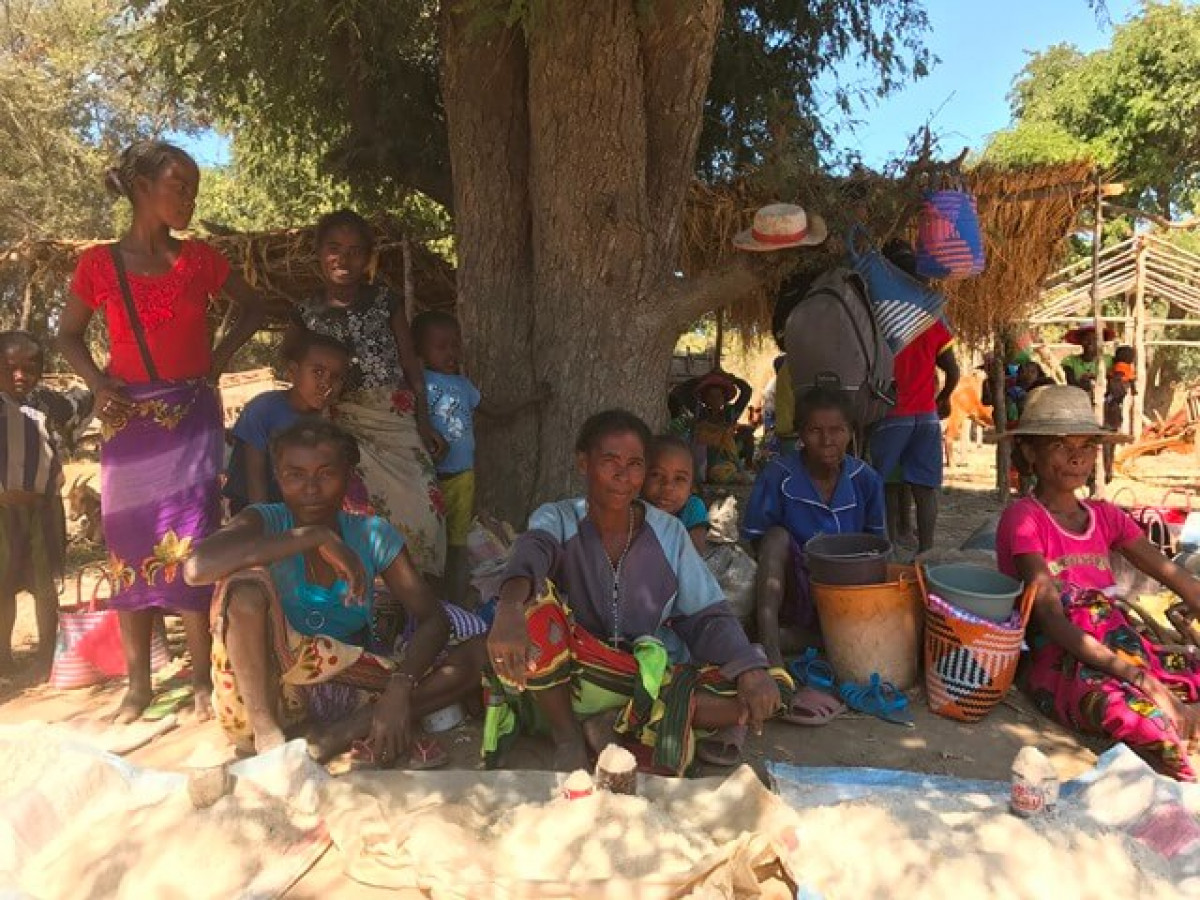 To make a batch of siratany, water is mixed with buckets of soil (scraped from the surface of areas with high soil salinity, near local rivers and streams), tipped on to a special mat made from woven reeds that is suspended from a wooden frame.  A hollowed-out log is placed under the suspended mat to collect the salty water that slowly filters through. This water is then transferred into a shallow pan, which is heated over a wood fire to increase the water’s salinity through evaporation. Once the salt precipitates out of the water, the crystals are dried. Siratany production occurs primarily during the dry season, as it is difficult to obtain soil with sufficiently high salt content when the river floods during the wet season. 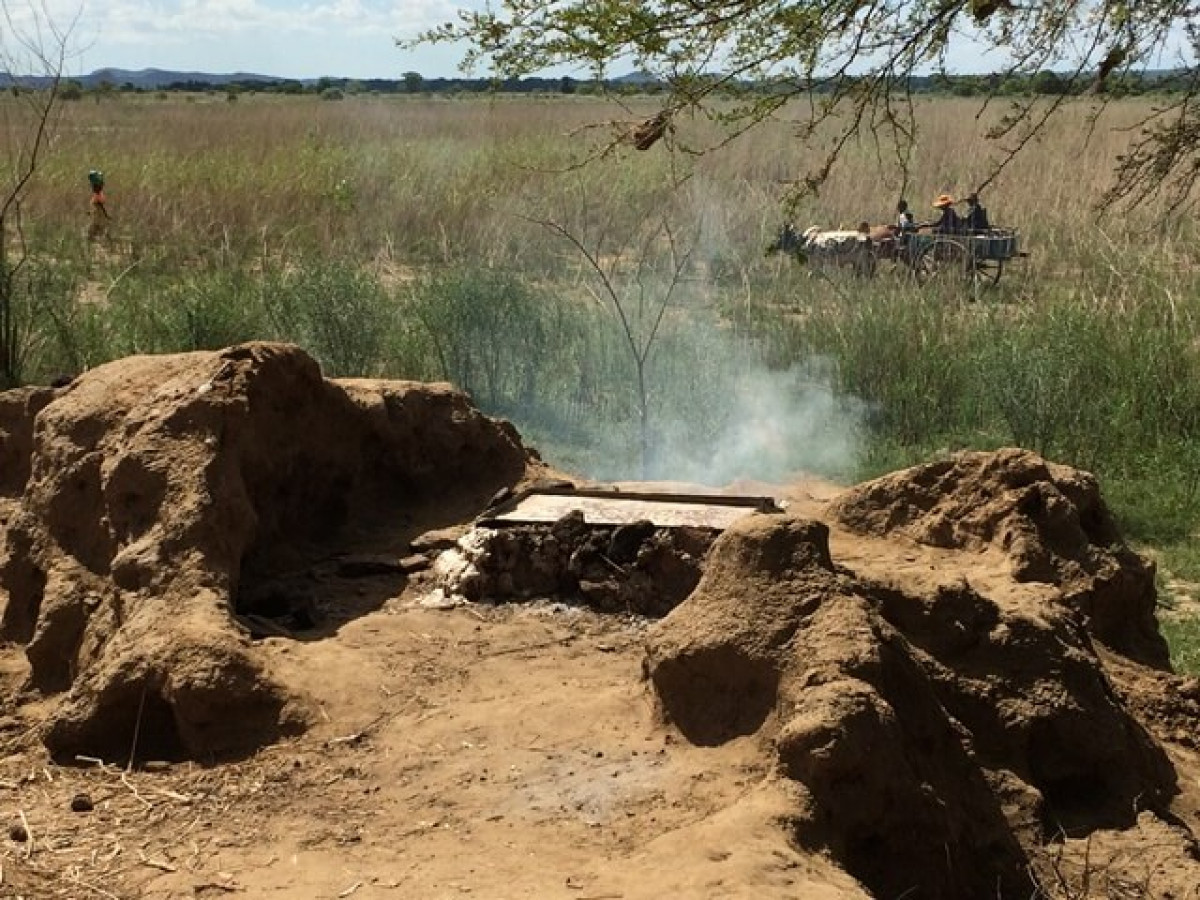