Home Blog Life up north Paradise Lost: Far Too Much New Housing Being Built In Boroughbridge

Paradise Lost: Far Too Much New Housing Being Built In Boroughbridge

Along Aldborough Gate and all around Boroughbridge, they're building stacks of new houses. There's been no joined up thinking and the new builds to the south break the boundary of Boroughbridge, priming it for yet more expansion.

Joni Mitchell’s voice is the soundtrack that haunts these photos of the new housing developments on Aldborough Gate in Boroughbridge.

Everywhere around us houses are being built on the old green fields. Cars, paved over driveways, streets and small gardens, but no new jobs or public transport, so everyone must commute somewhere. But we are told the houses must be built, but for why?

It came to me suddenly that these beautiful fields that I have known for years, with their poppy fields in the early summer, birds flitting along the messy hedgerows and the majestic trees as you reach Boroughbridge will soon be gone, plastered over with neat, trimmed hedges with their neatly clipped bushes of non-indigenous bushes, angular streets and bricked box houses with quaint names that hint nostalgically of the mythical English village. Most likely, the trees will disappear, cut down in the near future as a health hazard during some windy February. 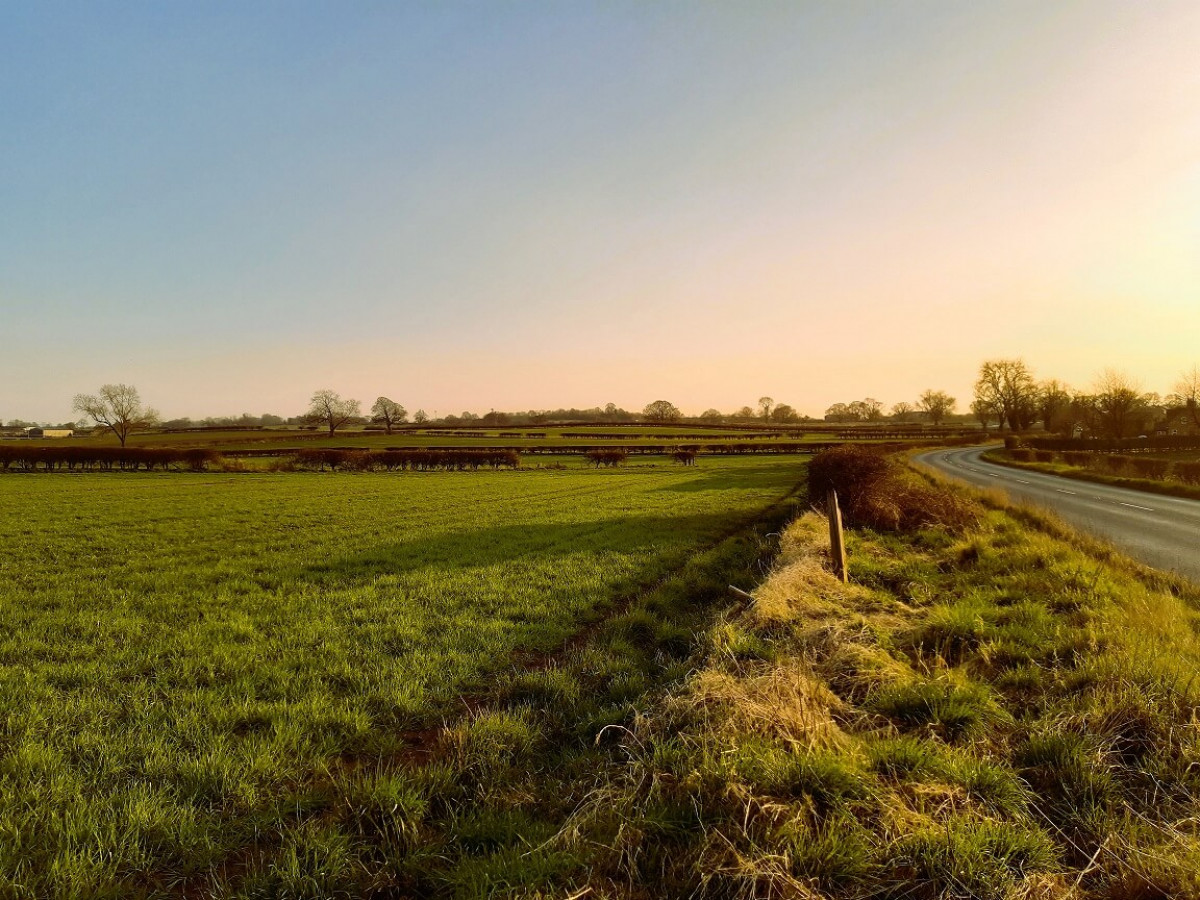 View Across Fields From Chapel Hill To Gibbet Hill, Boroughbridge

I needed to record the fields, a bit late as much of the ground has already been broken and houses built.  They’re not the greatest photos but they are what we see, day in day out, but for much longer. Our countryside replaced by someone else’s manicured housing estates. 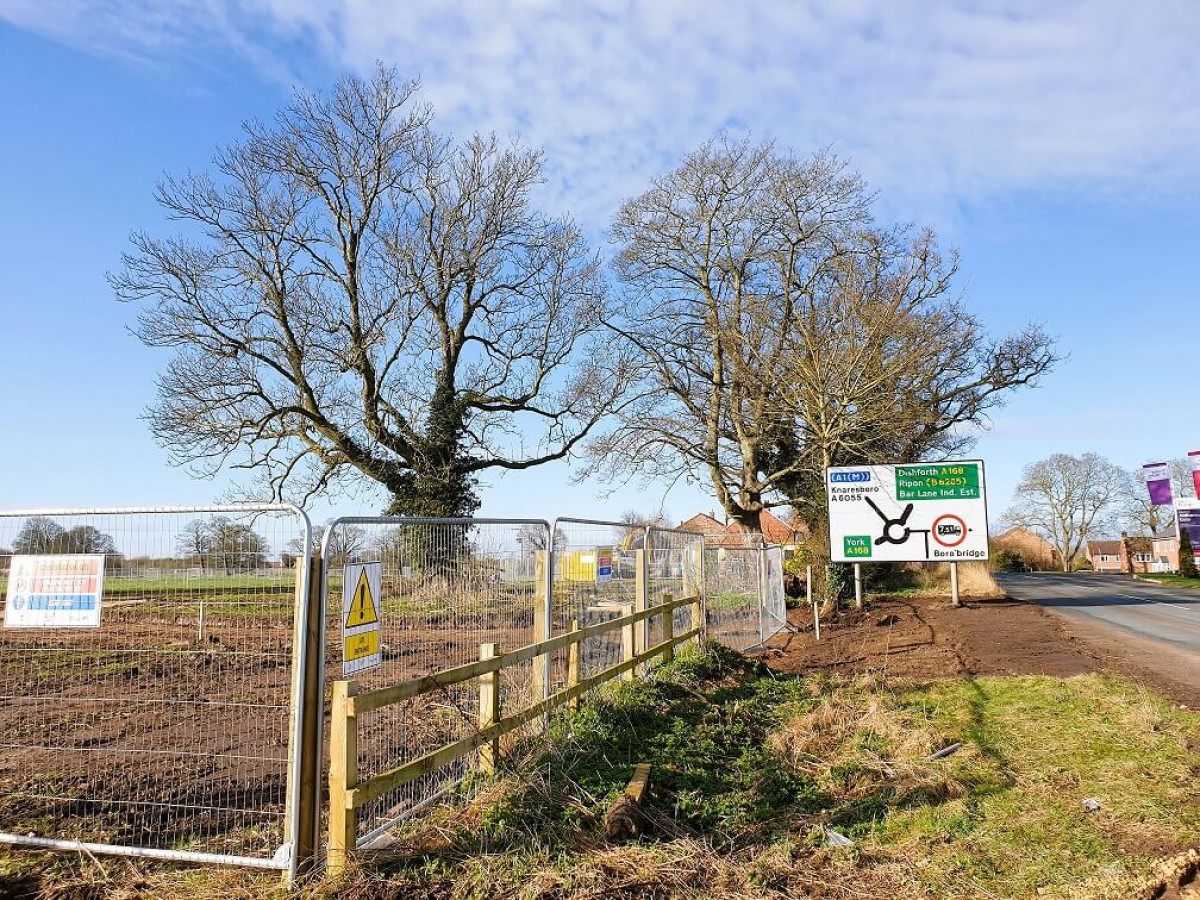 Start of New Housing Development to South of Marton Lane

I know I am in the minority, but I prefer the mess and disorder of nature to the neatness of modernity, in all its guises – from neat parkland through to metropolitan living – it is naturalness that quickens my heart, lifts my soul, not this other stuff that I am told to love.

The worst thing for wildlife is humanity's obsession with neatness and uniformity. So, take hedges, before the 20th century, they were a mixed bag of different types of shrubs - hawthorn, sloes, hazel, dogwood, holly, oak, but importantly they were cut and laid only every 5 - 7 years and by hand. Today, we cut them mechanically either by tractor or hedge trimmers every year as if they were a lawn, and, for new builds, evergreens like privet and laurel are chosen, or the ever offensive leylandii. The garden privet is from Japan, as is Japanese laurel, while leylandii is a hybrid of two American evergreens. These are barriers to nature, creating our closed off, modern style of living.

Joni Mitchell sang these words in 1970 about the modernisation of Hawaii and they musically express the same feelings as Rachel Carson in her 1962 book, “Silent Spring”. 50 years on but we're still paving over paradise.

“They paved paradise
Put up a parking lot
With a pink hotel, a boutique
And a swinging hot spot
Don't it always seem to go
That you don't know what you've got till it's gone?

Don't it always seem to go
That you don't know what you've got till it's gone?
They paved paradise
Put up a parking lot

Hey farmer, farmer
Put away the DDT now
Give me spots on my apples
But leave me the birds and the bees, please
Don't it always seem to go
That you don't know what you've got till it's gone?

They paved paradise
Put up a parking lot..."

Joni Mitchell said in an interview, "I wrote Big Yellow Taxi on my first trip to Hawaii. I took a taxi to the hotel and when I woke up the next morning, I threw back the curtains and saw these beautiful green mountains in the distance. Then, I looked down and there was a parking lot as far as the eye could see, and it broke my heart … this blight on paradise. That's when I sat down and wrote the song. When it first came out, it was a regional hit in Hawaii because people there realized their paradise was being chewed up. It took 20 years for that song to sink into people most other places in the country. That is a powerful little song because there have been cases in a couple of cities of parking lots being torn up and turned into parks because of it."

But here in North Yorkshire, we're not listening to the lessons of the past, because here we call this progress. 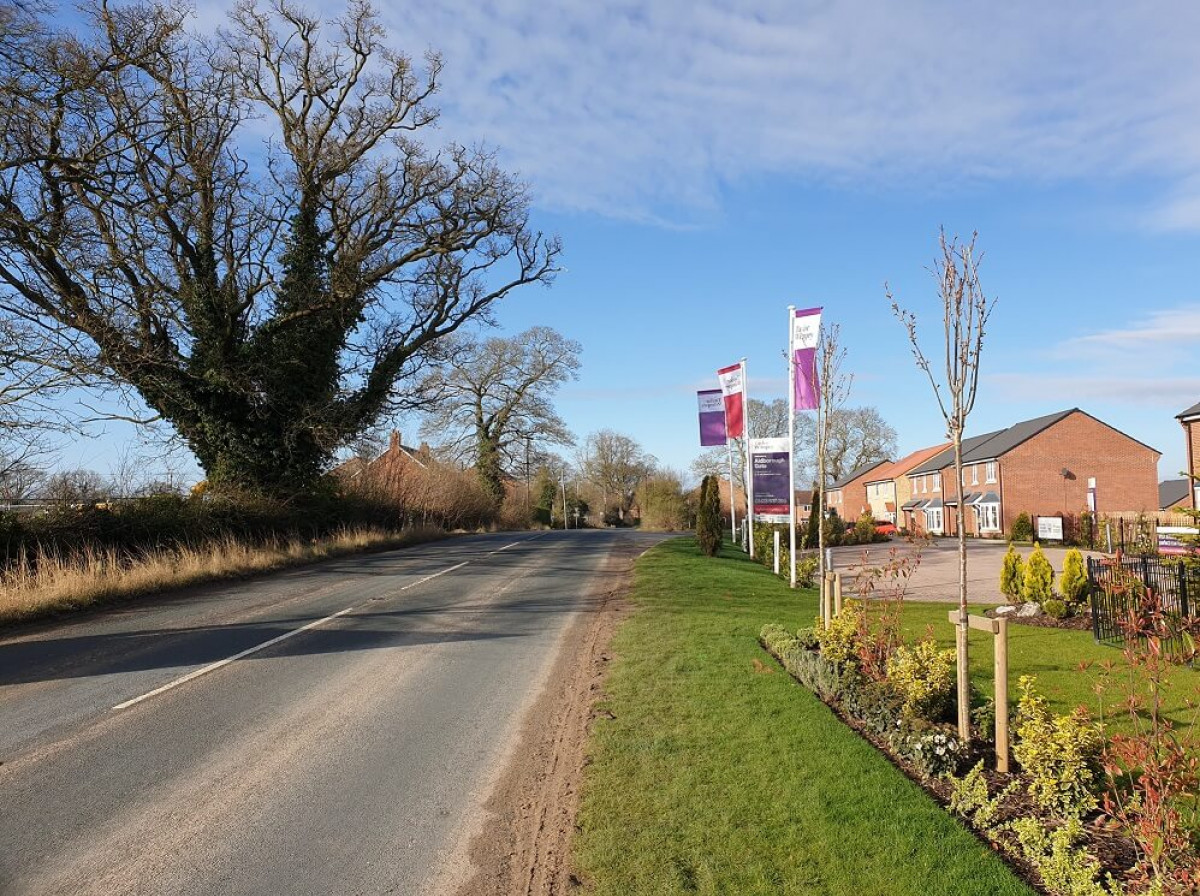 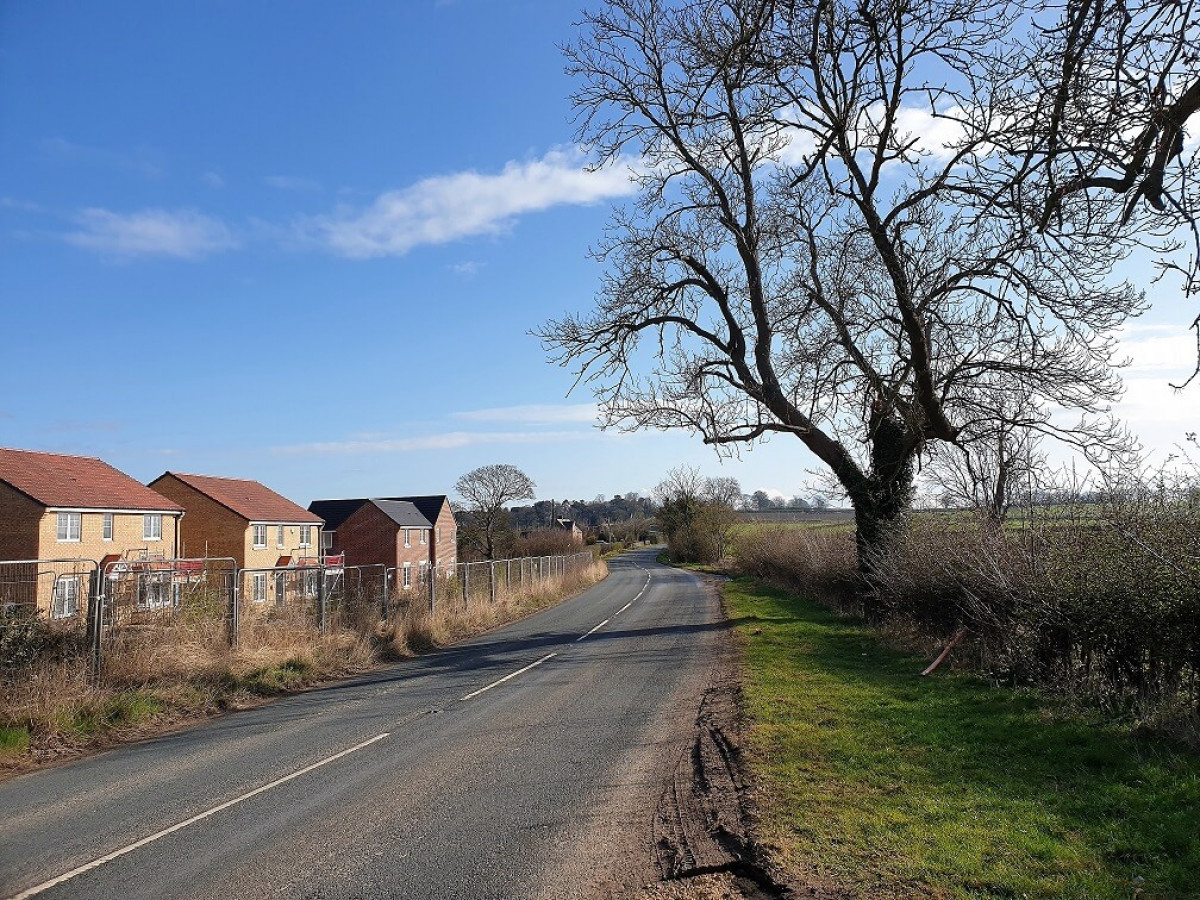 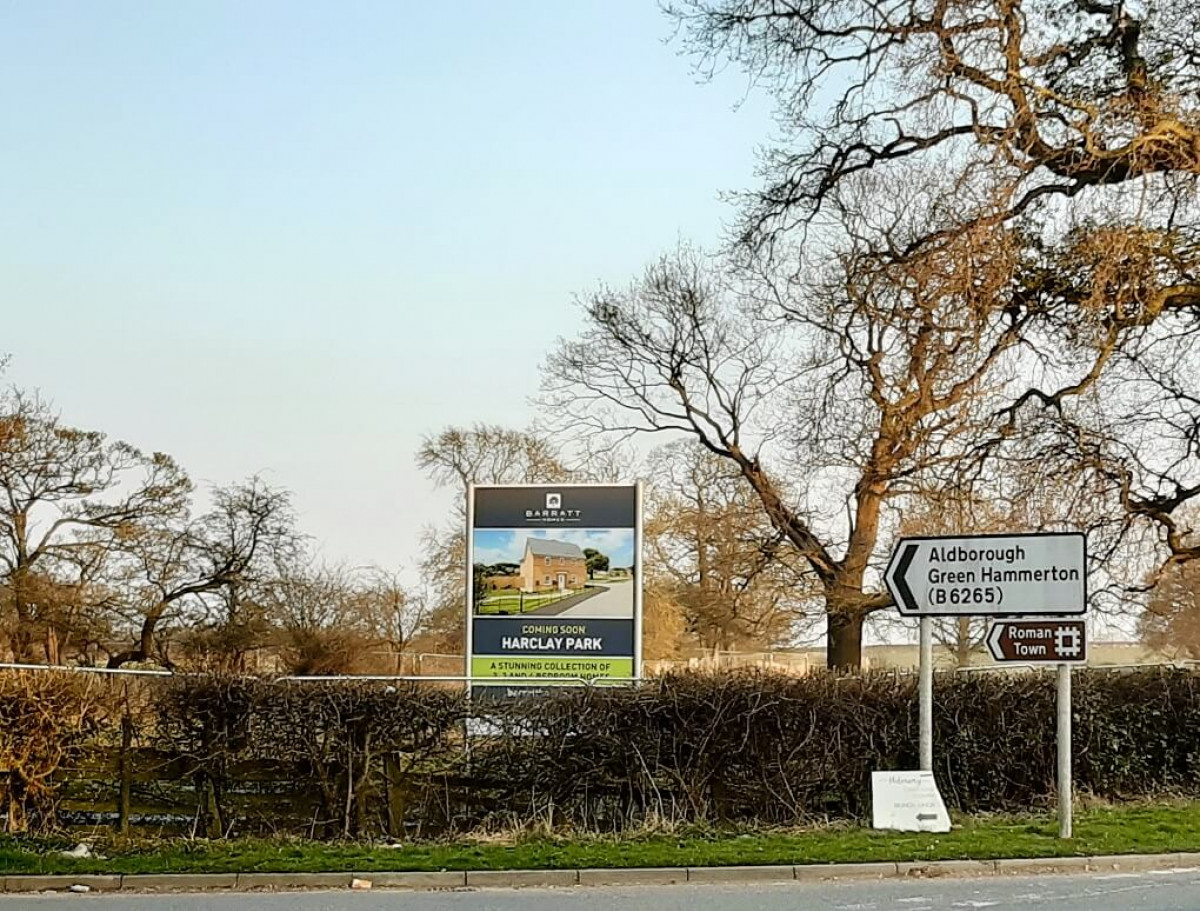 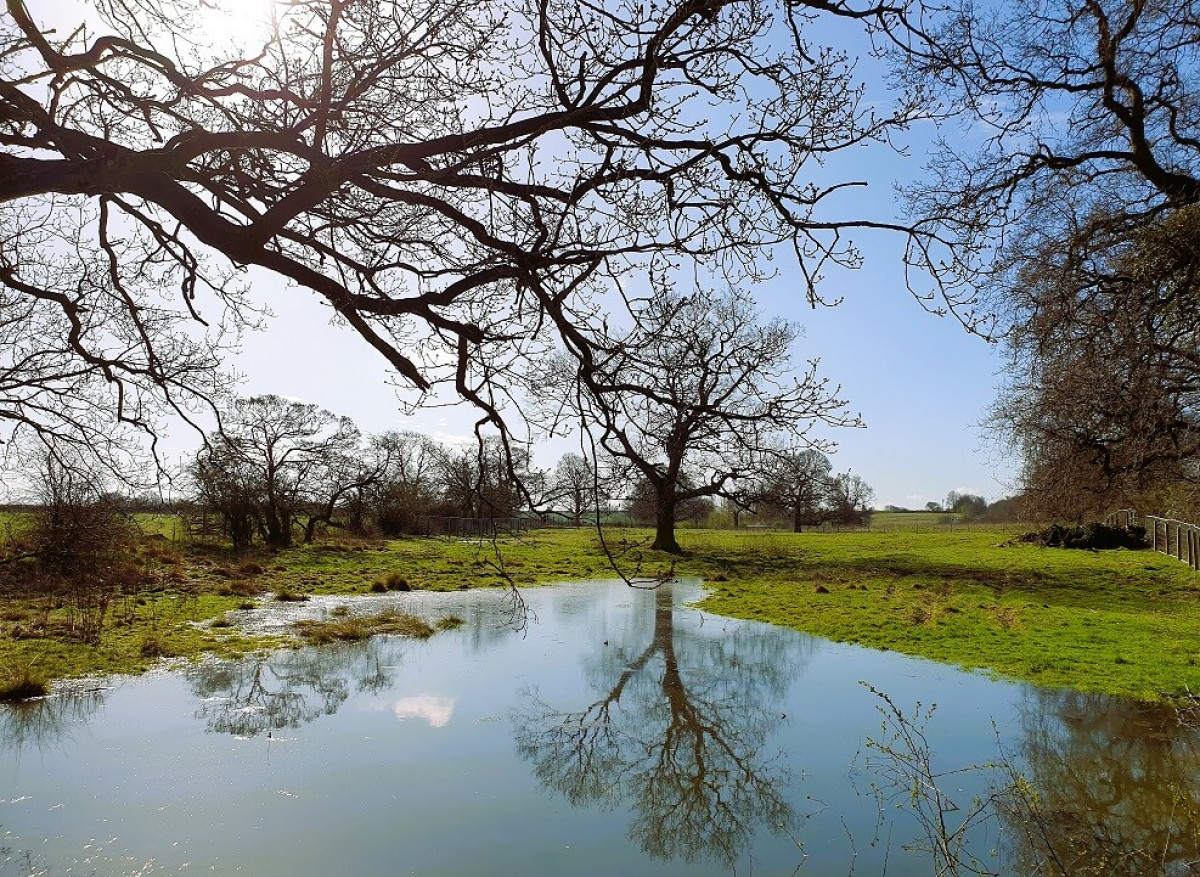 The Lovely "Natural" Fields Where Harclay Park Is Being Built, Complete With Natural Water Features
Previous article
Next article