Steenbergs was started in 2003 by husband and wife team, Axel & Sophie Steenberg. After 16 years building a successful spice company we thought it was probably time to recap on how it all started.

Where did you meet?

Sophie and Axel met at Edinburgh University in 1986 - where he was studying biology and she was studying politics - particularly interested in environmental and African politics. Enjoyed exploring Scotland then and now including the islands and highlands. After Edinburgh both moved to London before moving to North Yorkshire in 1995. Axel's originally from Northumberland (don't be fooled by the name), Sophie from Gloucestershire originally (although that was by accident as 3 out of 4 of her grandparents are Scottish). Sophie worked for a PR company based in the old piggeries of Harewood House - swapping commuting on the underground for one where pheasants and tractors were the chief obstacles, whilst Axel worked in Leeds in finance. Sophie then moved to fundraising for Macmillan Cancer Relief before both set up  Steenbergs in 2003.

Tell us more about Steenbergs and why you decided to go for spices?

We set up Steenbergs as we wanted to work together, Axel had been working crazy hours and we looked at lots of different things before keeping coming back to spices. There was a natural interest in the spices in terms of cooking but also the areas that they come from such as India and Sri Lanka are both areas that we've travelled in many times and love. We also felt that more could be done to offer spices that were good for both people and the planet, so we wanted to improve the supply chain for all participants - with farmers getting a fair deal. The joy of spices is that different spices in cooking can transport a meal to a completely different area of the globe and that's what we love - the way that our customers light up and get excited about a curry they are cooking or one of the Sabrina Ghayour or Ottolenghi's recipe when they come to us for ingredients is wonderful. Many of our original customers still return time after time and that's so lovely.

Has it been an easy ride?

Over the years we've had our trials - we got flooded after a long winter with broken pipes and it's always heart breaking working through it and rebuilding. We were so lucky at Steenbergs as it was the office that got flooded not the warehouse but still lots had to be cleared and rebuilt - luckily everything was backed up but it still takes time.

What makes Steenbergs spices so special?

All spices are not the same! Our spice blends are blended in smallish batches and are packed with flavour. As an example we sell spice blends into manufacturers as well and when they were using our organic spice blends versus the blends they source elsewhere non organically, they were using about 1/4 of the spices than previously. Pepper is something we are known for and we have a massive range whether its Telicherry black peppercorns, Fairtrade or some of the pepper substitutes such as long pepper and cubeb pepper. Yes most people just buy from us organic black peppercorns or our Fairtrade version of this but they are always impressed by the flavour. Our blends don't have "fillers" and where we do add salt or sugar its minimised and seen as essential to the blend. We don't use anti caking agents or any palm oil.  We also blend for flavour and authenticity rather than price so our popular ras al hanut has over 22 ingredients including saffron, which is why its packed with flavour - this is a great blend full of flavour but not hot. More recently organic harissa and organic harissa with rose have become popular, if you prefer to use paste just add a teaspoon of either water or oil otherwise just add the spice blend to your cooking.

Why are you so passionate about organic and Fairtrade?

We never discussed being organic and Fairtrade, it was our ethos as a couple and flowed from there. We source from around the world and we've built up great partnerships with our key suppliers over the years. Quality and integrity is at the heart of these partnerships. We buy our Fairtrade spices from a cooperative in Sri Lanka that we've worked with for about 15 years - these spices are grown in forest gardens. We also work with an old family farm in Spain for our organic paprika, organic smoked paprika and organic saffron. The colour and flavour is amazing.

Axel worked with Fairtrade in Europe (FLO) to help design the fairtrade parameters for spices and we were thrilled to be one of the first 3 licensed to trade fairtrade spices (the other 3 were Italian) and the first one in the UK  to have a spice licensed to carry the Fairtrade Mark. We may not be the biggest spice company but that doesn't stop us changing the game. One of Axel's favourite sayings is continuous improvement - you need to keep reassessing  what you are doing.

When we set it up in 2003 we had a 2 year old and a one year old, so we were quite stretched. Contrary to popular opinion we never worked from our kitchen table but did have a start up unit about 100 yards from one of our current units. Our first organic audit had to be done in a completely empty unit with signs and flowcharts for processes - you can't buy and sell organic produce as a producer until you are licensed.

Tell us about adding the other products, such as loose leaf teas and extracts to your offering.

We started with spices and added loose leaf tea a few years later (our original tea was grown by the cooperative we buy spices from and this tea is still the base of our very popular organic Fairtrade Earl Grey tea), after that we added baking extracts and flower waters which have proved very popular with organic Fairtrade vanilla extract and organic rose water quickly becoming the bestsellers.

Sadly the supply problems (poor harvests for four years followed by a tornado) with vanilla have meant that we currently are unable to supply the vanilla but the rose water is still proving very popular.

You’re also incredibly passionate about the environment. What steps have you taken within Steenbergs?

We're both very interested in the environment- Axel's done a further Open University Degree in Environmental Science and we are always trying to push the boundaries at Steenbergs in terms of the environment.

Our original (and still core) packaging was chosen because its easy to recycle glass and tin, as well as being designed with cooks in mind as you can grab a pinch or put a teaspoon in the top very easily. (Previously one of our chief bugbears). Axel worked with Fairtrade in Europe (FLO) to help design the fairtrade parameters for spices and we were thrilled to be one of the first 3 licensed to trade fairtrade spices (the other 3 were Italian) and the first one in the UK  to have a spice licensed to carry the Fairtrade Mark. We may not be the biggest spice company but that doesn't stop us changing the game. One of Axel's favourite sayings is continuous improvement - you need to keep reassessing  what you are doing. 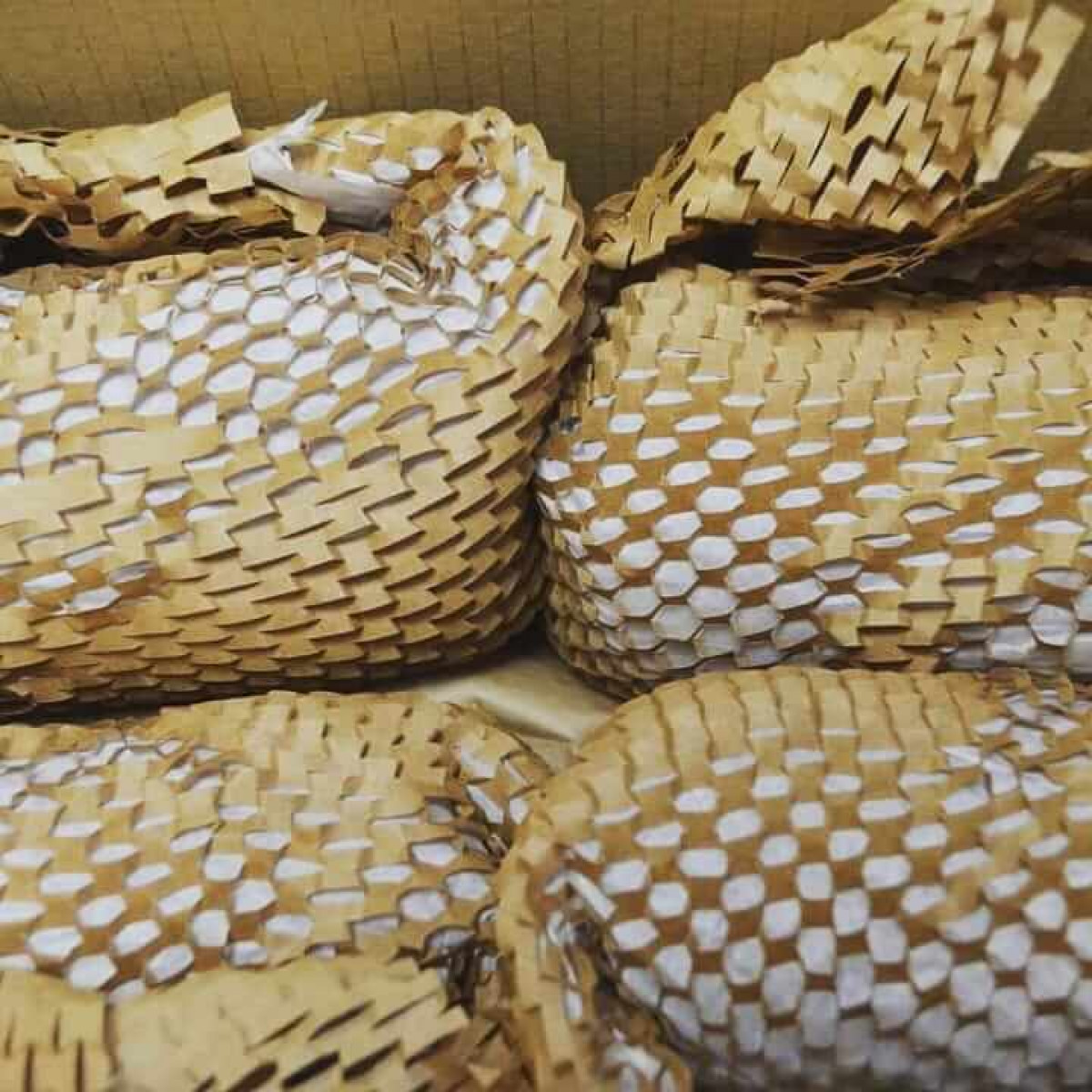 We recycle all our glass, cardboard and plastic and are constantly worrying on the things we can't recycle such as label backings. We challenge suppliers who send things with bubble wrap or film and protect our own goods with paper based cushioning (totally recyclable or compostable), cardboard boxes and paper tape.  Our water comes from bore holes, our waste water goes through reed beds, one unit has solar energy and we are looking at putting this on our second unit. Ourlightingis all energy efficient and we are moving over to compostable plastic film where we use it. However one of the main things where we are eco friendly is that all our blends are hand blended and many of our spices are hand packed. We are not evangelical and no one is perfect we just have always felt we should do as much as we could practically to minimise our negative effect on the environment.

Tell us about the team at Steenbergs

We are a small team made up of 12 (including us both), several of them are part time and they've been quite consistent for a number of years - we have 2 long  standing employees and they've both been with us for 14 years. We are  a really positive team working hard to deliver the best flavours while always doing the best for people and the planet.