We’re really excited to announce the launch of our new Steenbergs You Tube channel. We’ll be showing short ‘Behind The Products’ clips, as well as longer cooking demonstrations which we hope you’ll enjoy.

We thought we’d start with Turmeric. It’s one of the top 5 store cupboard essentials and is having somewhat of a revival at the moment, with much being made of it’s health benefits as well as the brilliant colour and taste it gives to so many dishes. 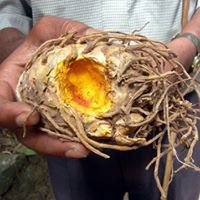 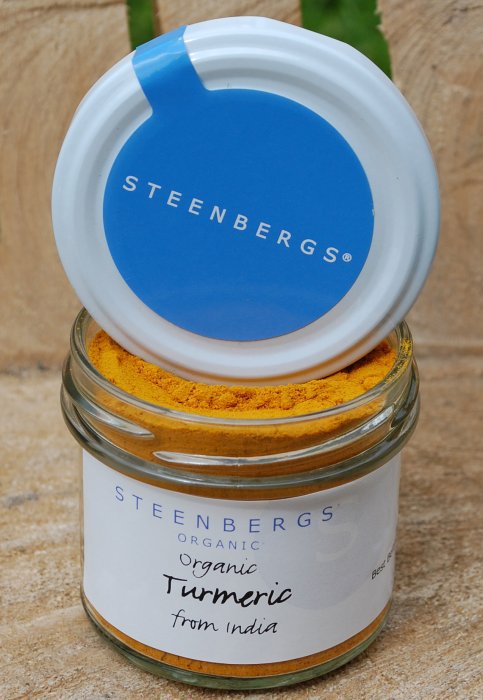 Turmeric is a rhizome native to southern Asia, that is grown as an annual and looks similar to ginger and galangal. It is sometimes available fresh, but is usually sold ground into powder form, having been boiled and dried. Turmeric powder is bright yellow with a distinct earthy aroma and a pleasing, sharp, bitter, spicy and lingering depth of flavour and is an essential ingredient for Indian and South East Asian cuisine.

Steenbergs stocks 2 different varieties of turmeric: organic turmeric and an organic Fairtrade turmeric which comes from an organic and Fairtrade co-operative in the Kandy region of Sri Lanka. Click here to watch our Behind the Products Video about turmeric. Classic dishes include curries, fish stews and rice dishes and Steenbergs uses it in many of its spice blends including curry powder and chermoula. 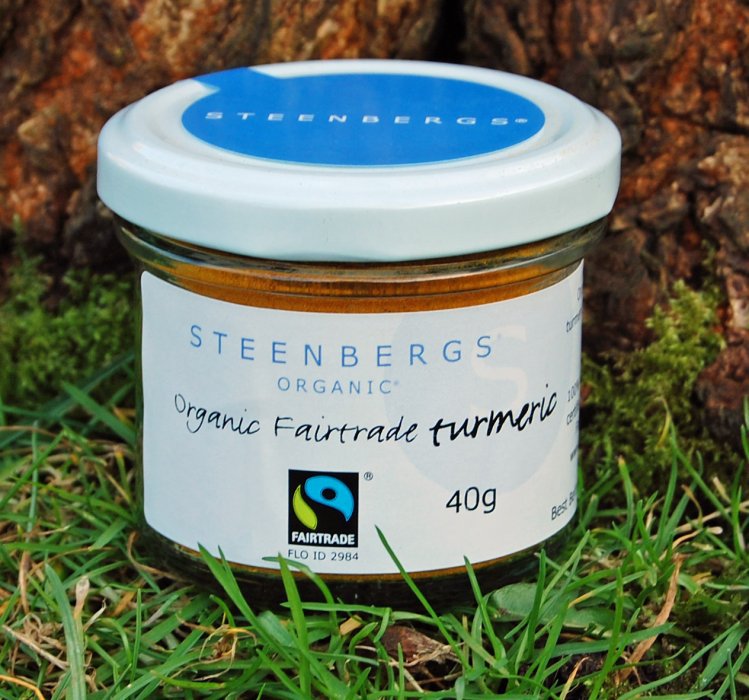 Jasmine & Melissa Hemsley are big turmeric fans. “A powerful anti-inflammatory and antioxidant, this little pot of gold is a vital ingredient for good health at any time of the year, but in winter we tend to start putting organic turmeric in anything and everything, just to give us an extra boost.” They use it in smoothies, hot drinks and curries to boost their turmeric intake. Take a look at their website for inspiration.

Madeleine Shaw also promotes turmeric in her latest book, READY, STEADY, GLOW! (published by Orion books). Her recipes for warming Turmeric Milk and revitalising Turmeric-tastic juice, are creative ways to add it into your diet.

Sharmini Thomas, local York based Indian cookery tutor, uses turmeric extensively in her Indian cookery, as well as believing in the healing properties of turmeric, citing examples of it as a useful antiseptic. Chicken Tikka Masala typically contains turmeric, as she shows in the delicious recipe she created for Steenbergs. Watch out for the cookery video coming soon….

But what is the scientific evidence for turmeric? Recently Michael Mosley, one of the presenters on the BBC’s Trust Me, I’m a Doctor programme, conducted a test with the help of Professor Widschwendter of University College, London, looking at DNA methylation in cells, using three groups of people: one given a placebo; one given turmeric to take by itself and the final group given turmeric to take with food. Interestingly they saw positive results in the group who were given turmeric to take with food and will be investigating the link further. For more information, visit: http://www.bbc.co.uk/news/magazine-37408293

Definitely all food for thought…