Vanilla - A Beautiful And Sensual Spice 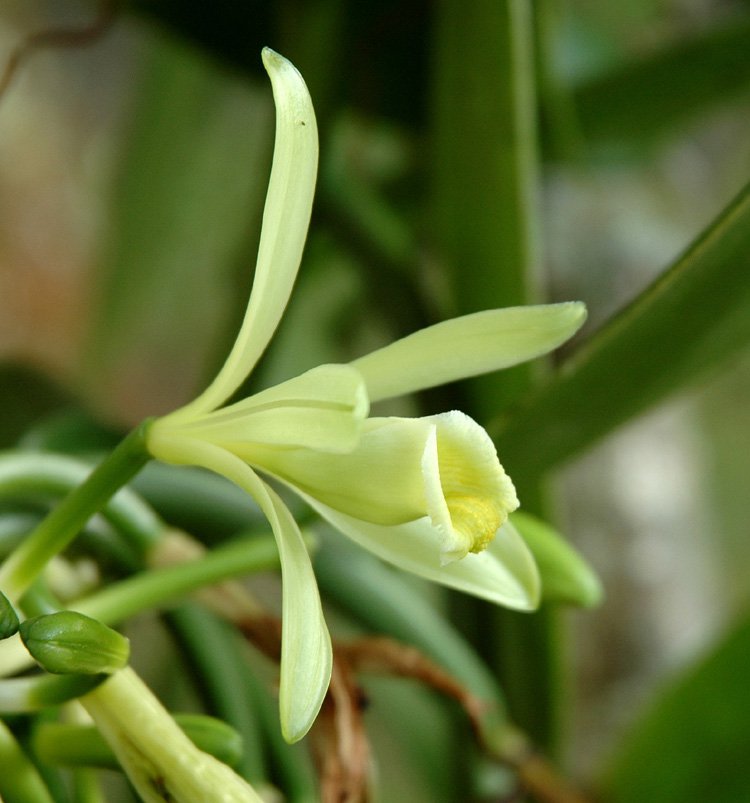 In the wild, vanilla flowers are pollinated by the melipona bee, whereas outside of Mexico, it is pollinated by hand with a small wooden skewer to move the male pollen to the female stigma.  This process is sometimes called la marriage de vanille, or fécondation. 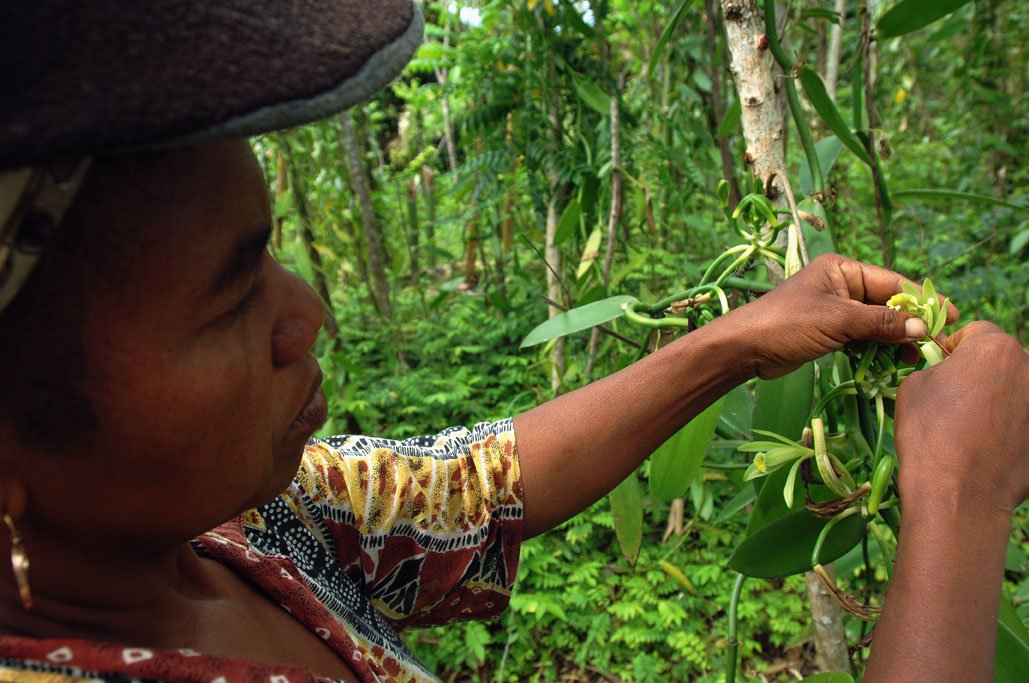 It is then a long careful process to tend the vines as they trail along little wires from post to post.  This tending period takes about 9 months. 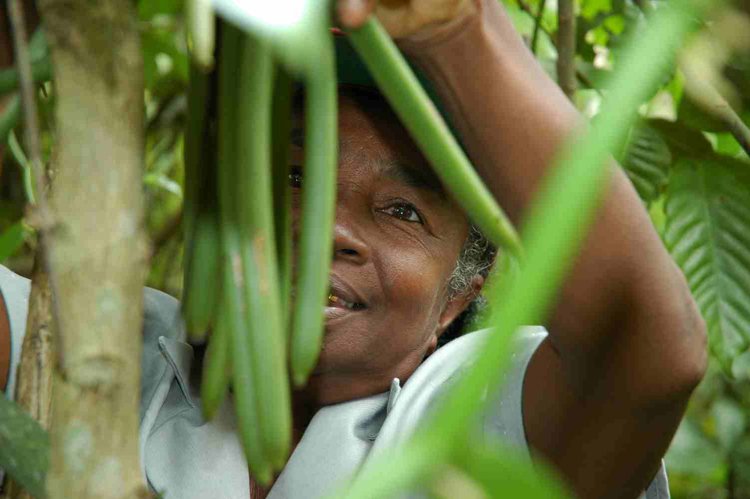 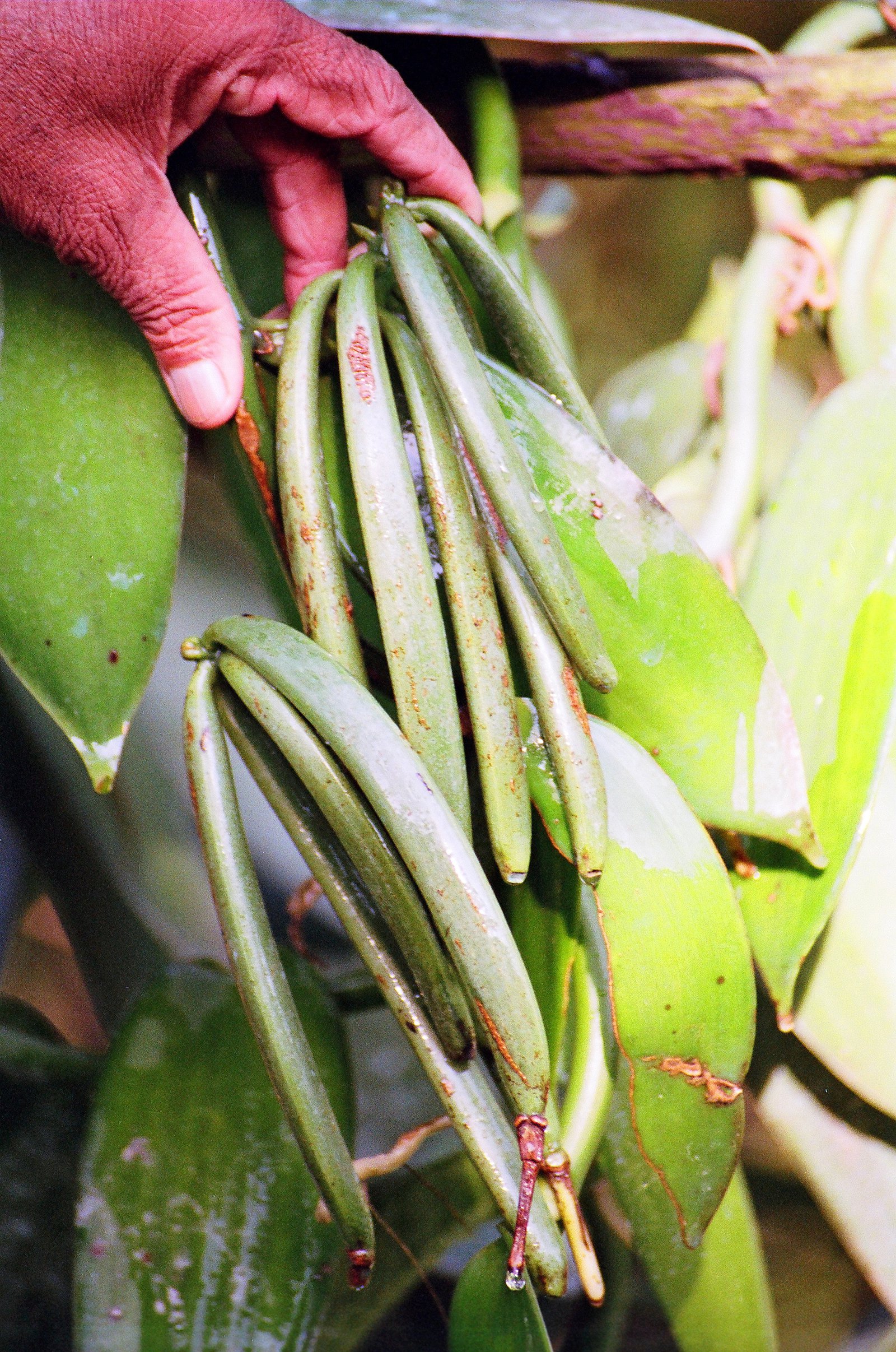 After about 9 months, the green vanilla beans are picked and taken to the nearest vanilla processing centre.  At this stage, the vanilla beans looks like French or runner beans.  The first thing to do is to "kill" the beans, which basically denatures the enzymes that would simply make the vanilla rot, but allows the enzymes that result in the curing process to start. 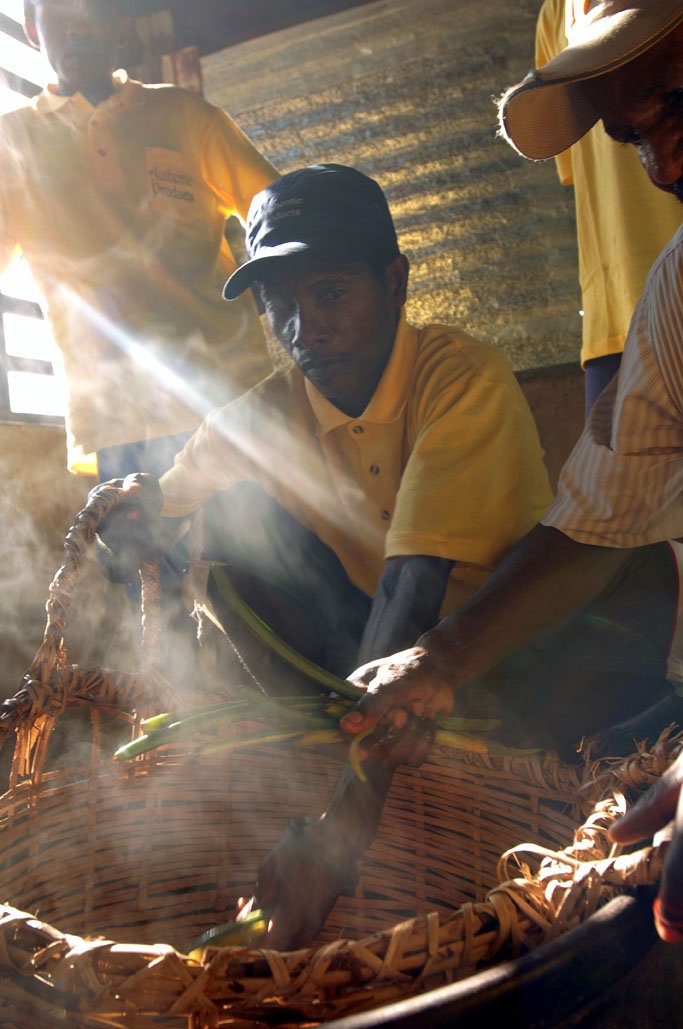 The curing process then takes  several weeks before the raw green beans have turned a deep, dark brown. The pods are laid out on mats in the sun to heat up for the hoursduring the day, where the workers handle the beans and turn them over.  Late in the afternoon, the baking hot beans are collected and wrapped in blankets and straw mats, then placed into air-tight wooden containers to “sweat” overnight. 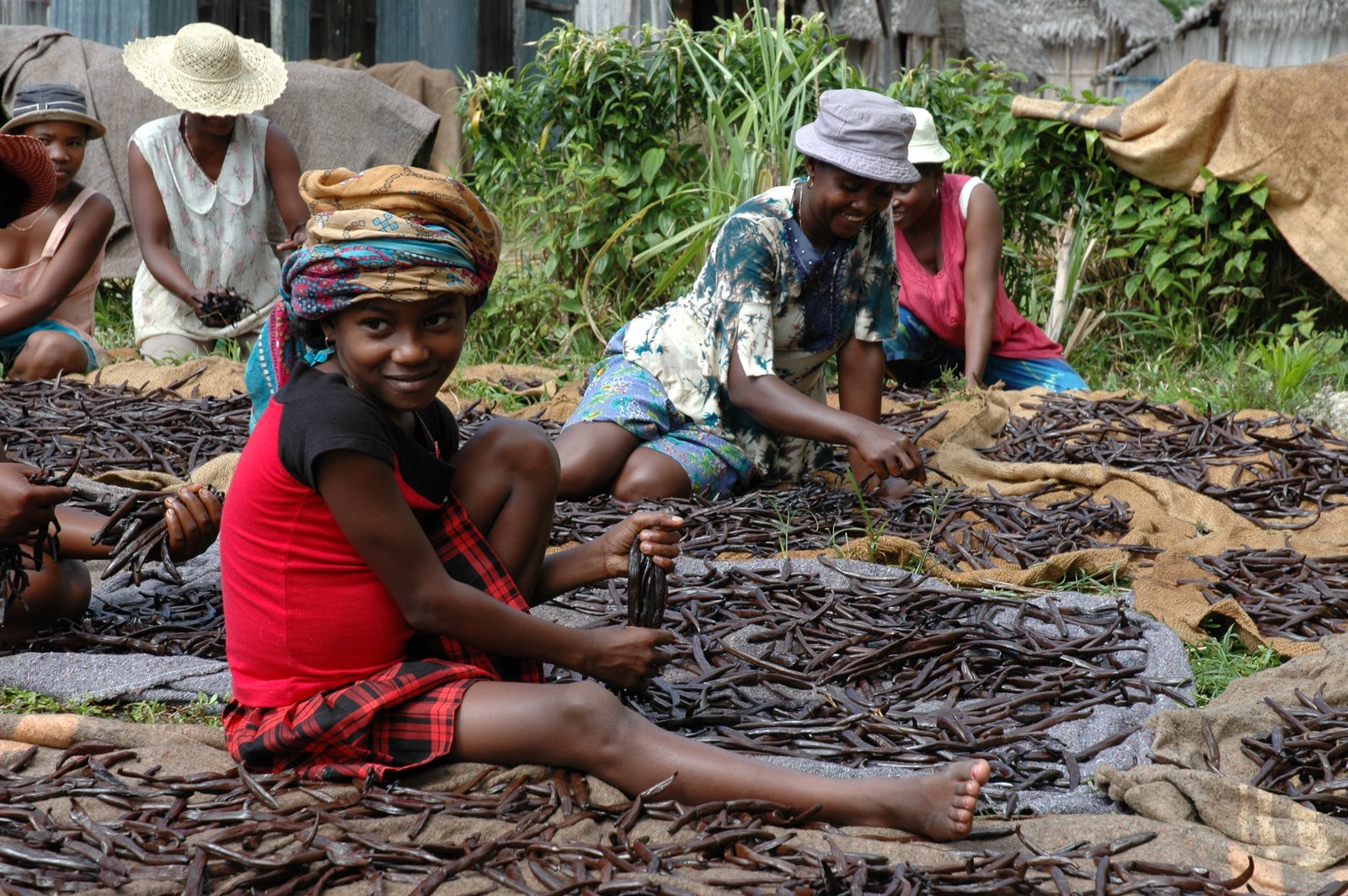 The head curer checks the progress of the curing every day and assesses when the time is right to stop this curing stage. 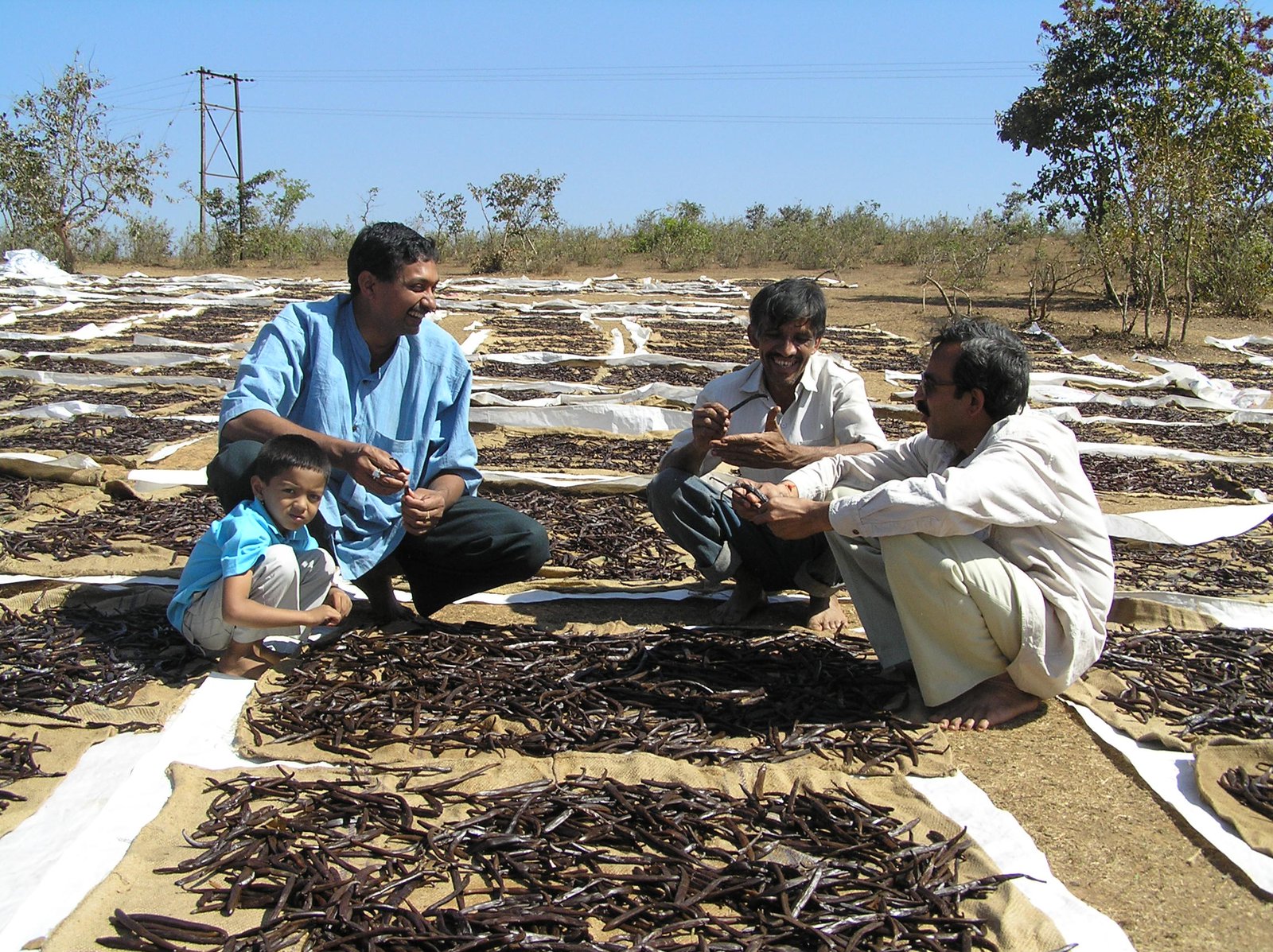 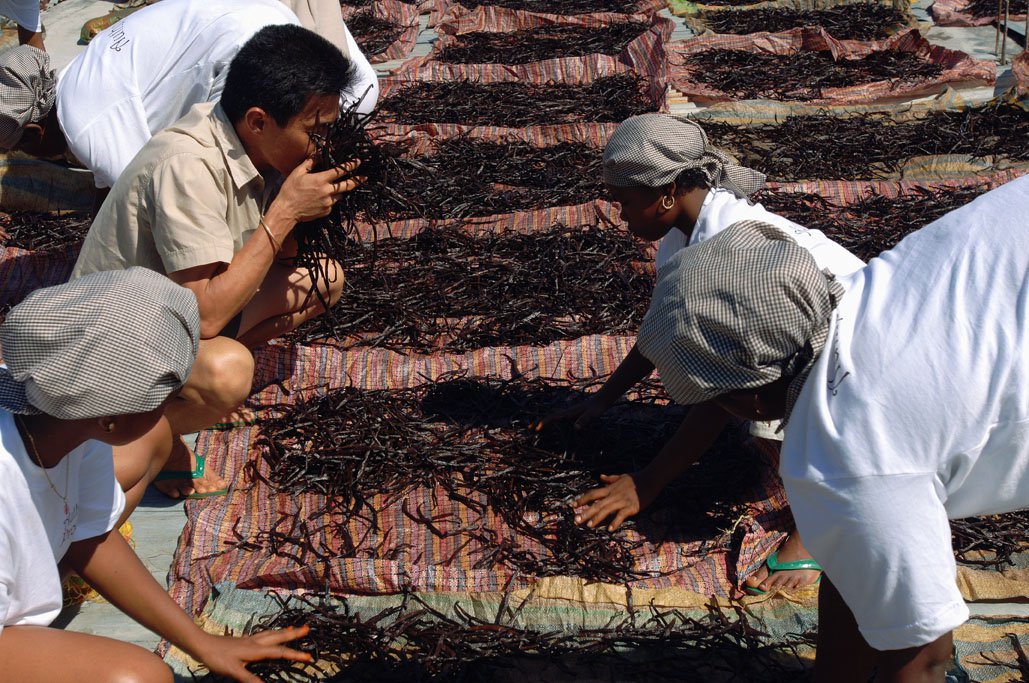 The next stage is the conditioning phase when the vanilla pods are held in storage for 3 months to let the flavours develop and run through.  During this conditioning stage, the beans are handled regularly, softening and shaping them – in the Madagascar, they roll the beans between their fingers and so resulting in a rounded shape, while in India, they tend to flatten them between their fingers giving a flatter, longer shape. 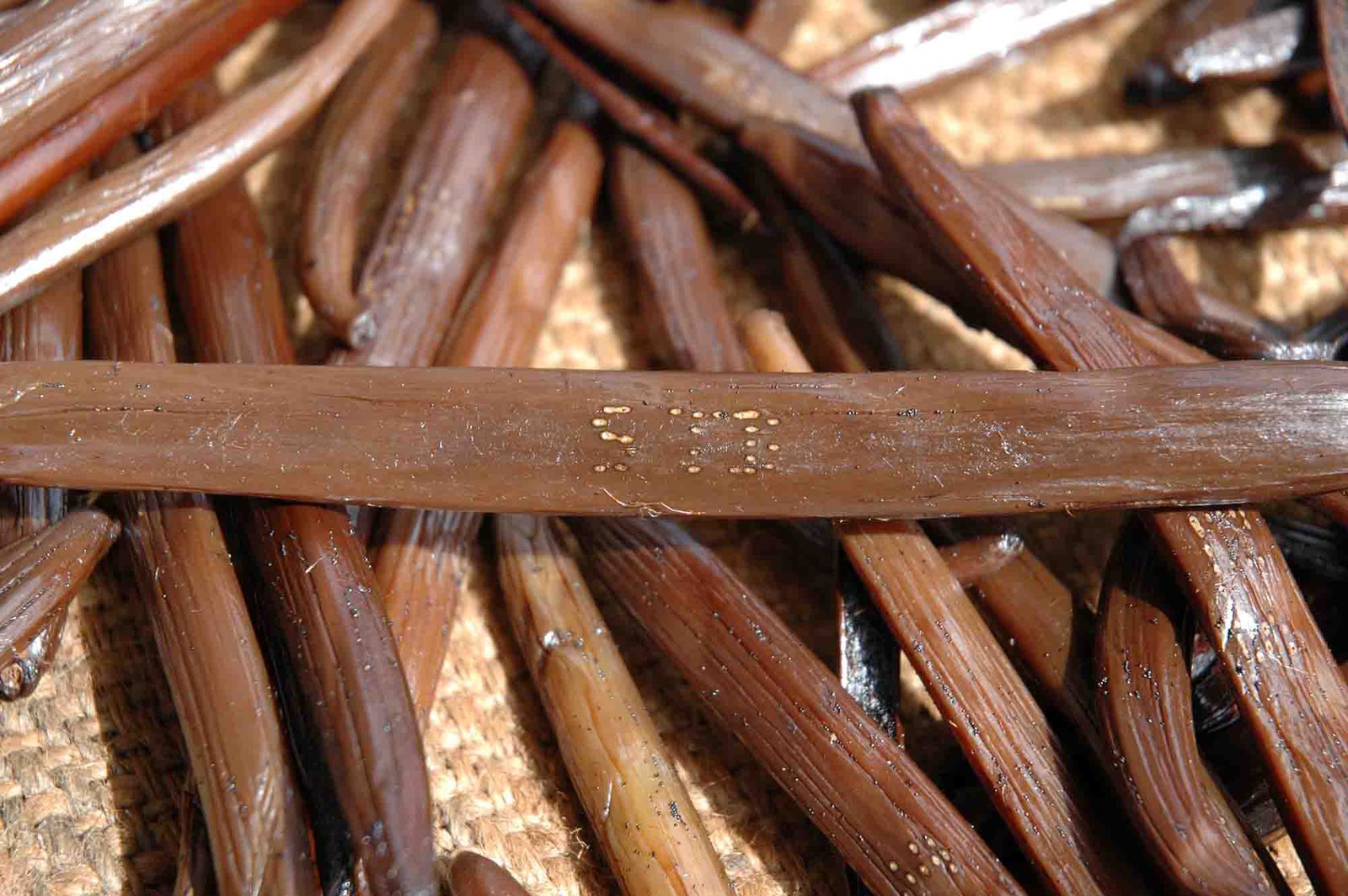