I had not been to Alnwick Castle for years and not with the current Duke of Northumberland.  It is very different with much more effort put into looking after visitors, but a bit too much like the synthetic niceness of National Trust.  Like everything remembered from childhood, it is much smaller.  Alnwick Castle is full of impressive state rooms, glistering with bling accumulated over 100s of years of wealth and power, such as the amazing library; I liked the document demanding the beheading of the 7th Earl of Northumberland for treason in the Rising of The Northern Earls in 1569 and later beatified for his adherence to his faith.  But overall the internal rooms left me flat and gave me museum feet.  I think it is that otherworldliness that is accentuated by the rope barriers that say to us “Do not cross the line; Do not touch” - this is not for the likes of you.  Interesting, a curiosity. 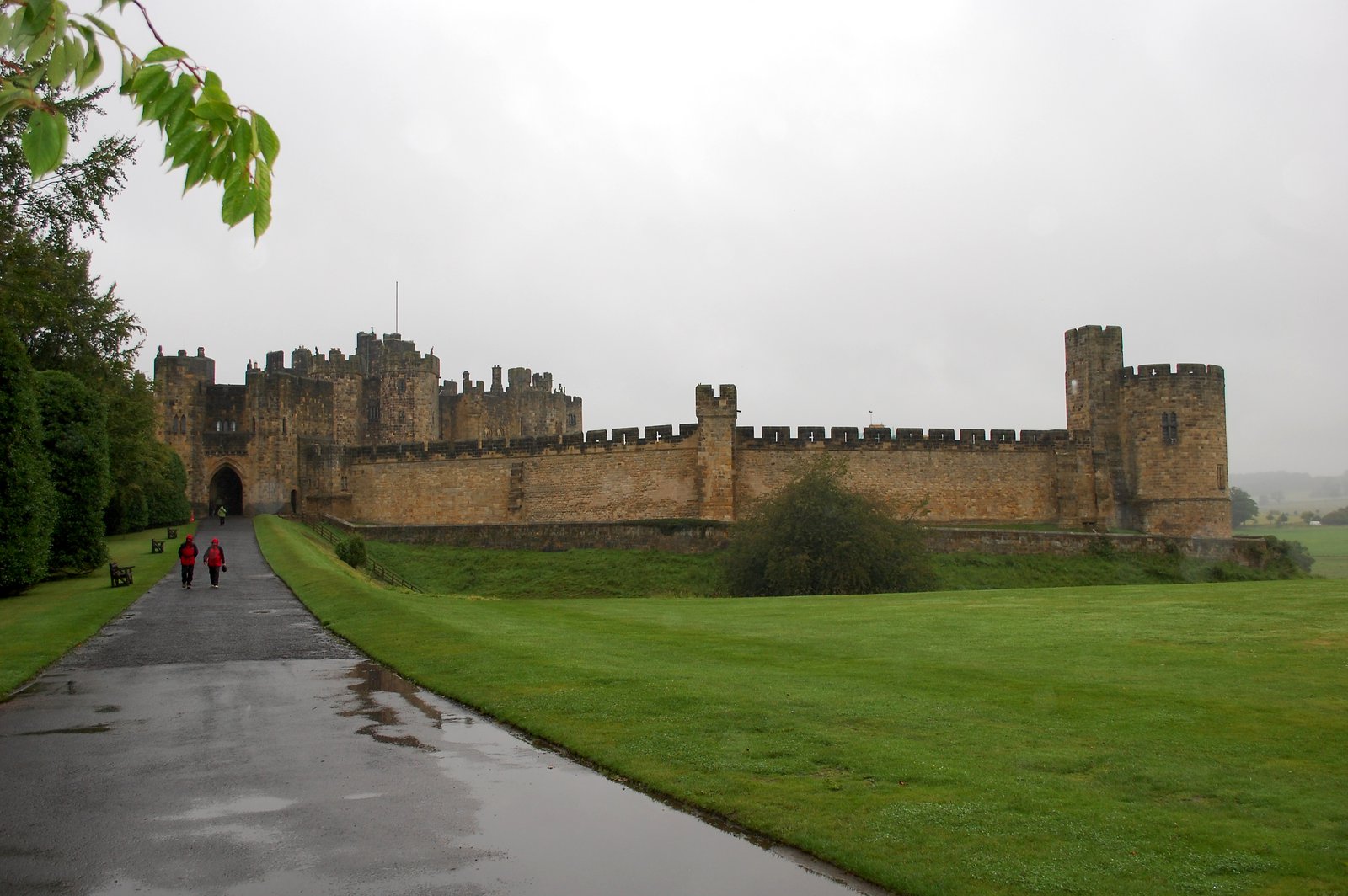 However, from outside, I like the shape and colours of the keep, walls and towers that gel with ingrained ideas of how castles should look.  This is something much more familiar and comfortable, even if it may be have been made normal through films and documentaries rather than reality, so a sanitised history without the smells and hardships. 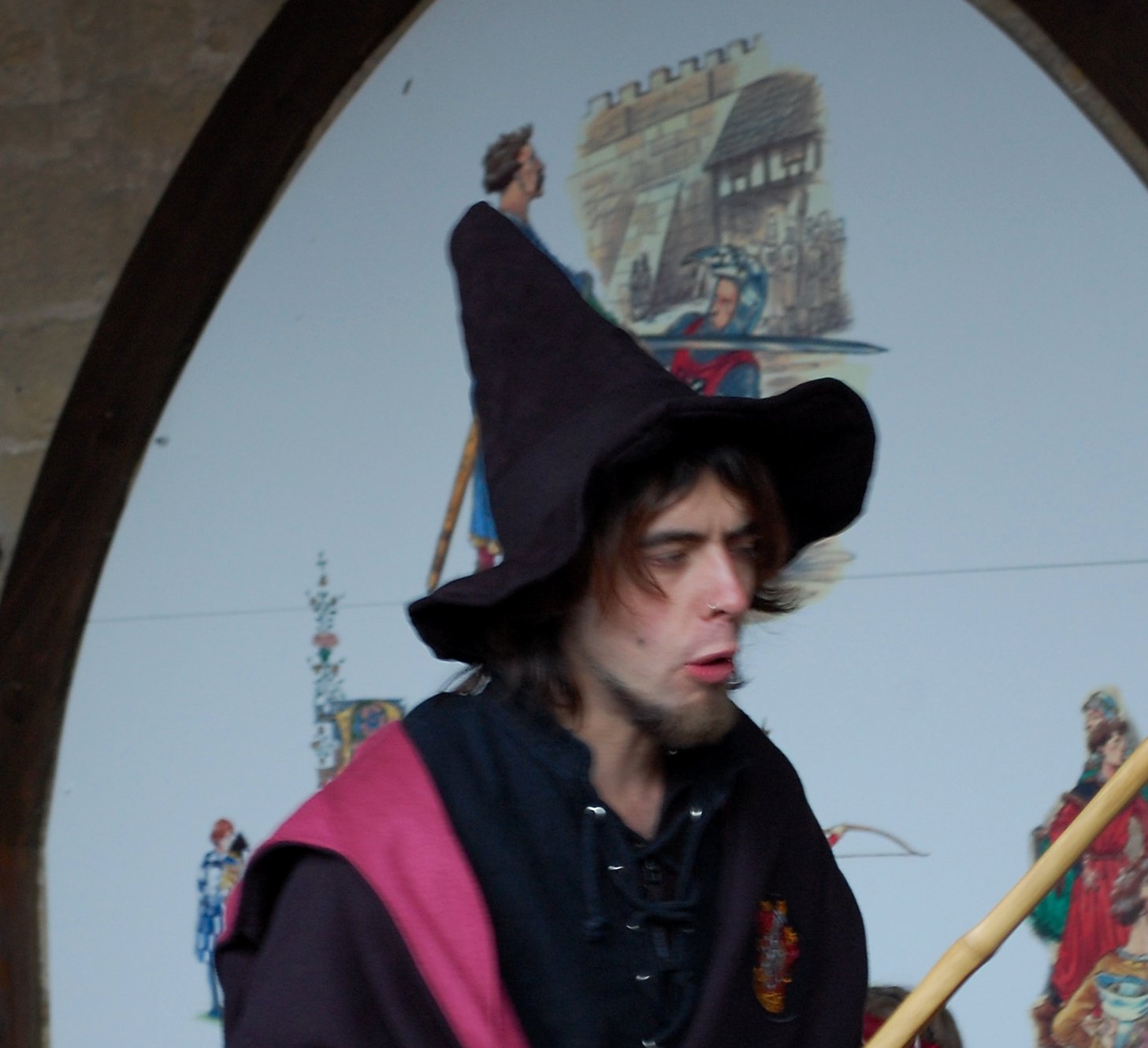 Then there were the childrens’ activities  - broomstick flying lessons (some of Harry Potter was filmed here for example the initial lessons in the first film where Harry Potter discovers his skill in flying) and the dragon’s quest where you go through rooms of skeletons, riddles and tasks, plus mirrors to complete a letter puzzle.  This was fun.

We had lunch in the cafe.  I had a dry and indifferent falafel wrap, some tea and an indulgent caramel shortbread, Sophie sweet potato soup and Jay bacon and mozzarella ciabatta and a Mars bar.  We huddled outside under the parasols that dripped with the incessant rain as we tried to find a dry patch to chomp on our food.

It is all quite expensive, but the entry fee does for two visits, so we will return to see the gardens in less inclement weather (see below).

After this, we went back into town to Barter Books which is in the old railway station.  This is a glorious space and was really busy because of the weather.  Look up and think of its old status, imagine the passengers and trains that passed through.  If you love books as we do, this is a brilliant place, cosy and loving like a friendly library and full of all manner of books in chaotic order.  Fiction by authors long forgotten, art, religion, local history, natural history, childrens’ books etc etc.  This is living breathing space where you can smell than familiar fustiness of old books, comforting, and you can open them and touch them and buy them.  Jay bought an old Beano, a book on Torres and stats on the Olympics from 2000, and I bought a couple of volumes of Hodgson’s “History of Northumberland”, indulging my interest in our family tree and local history.  This is a place we could spend a whole day without getting tired, plus willingly spending a small fortune.  Then you can grab a bite to eat and have a drink in the old waiting rooms: the tea is good and the tray bakes to die for, where I would recommend the Malteser & rice crispie chocolate or the one with fudge, and all good value.  Finally, I love the model trains that run around the track above your head, lovingly and impishly harking back to its former state, and the mural of famous writers.

This is my history brought to life, living & breathing, rather than the facts, figures and details of distant figures of national politics and the news, people with whom I have no connection: neither I with them, nor vice versa.

Later (23/7/2011): we came to Alnwick Castle on a warmer day to look at the water garden and walled garden.  While the kids enjoyed getting wet in the fountains, it was more municipal than inspirational - not worth a visit on its own, but just about okay if you go around the castle as well.  Overall a bit on the dear side, but very popular and interesting from an historical perspective. 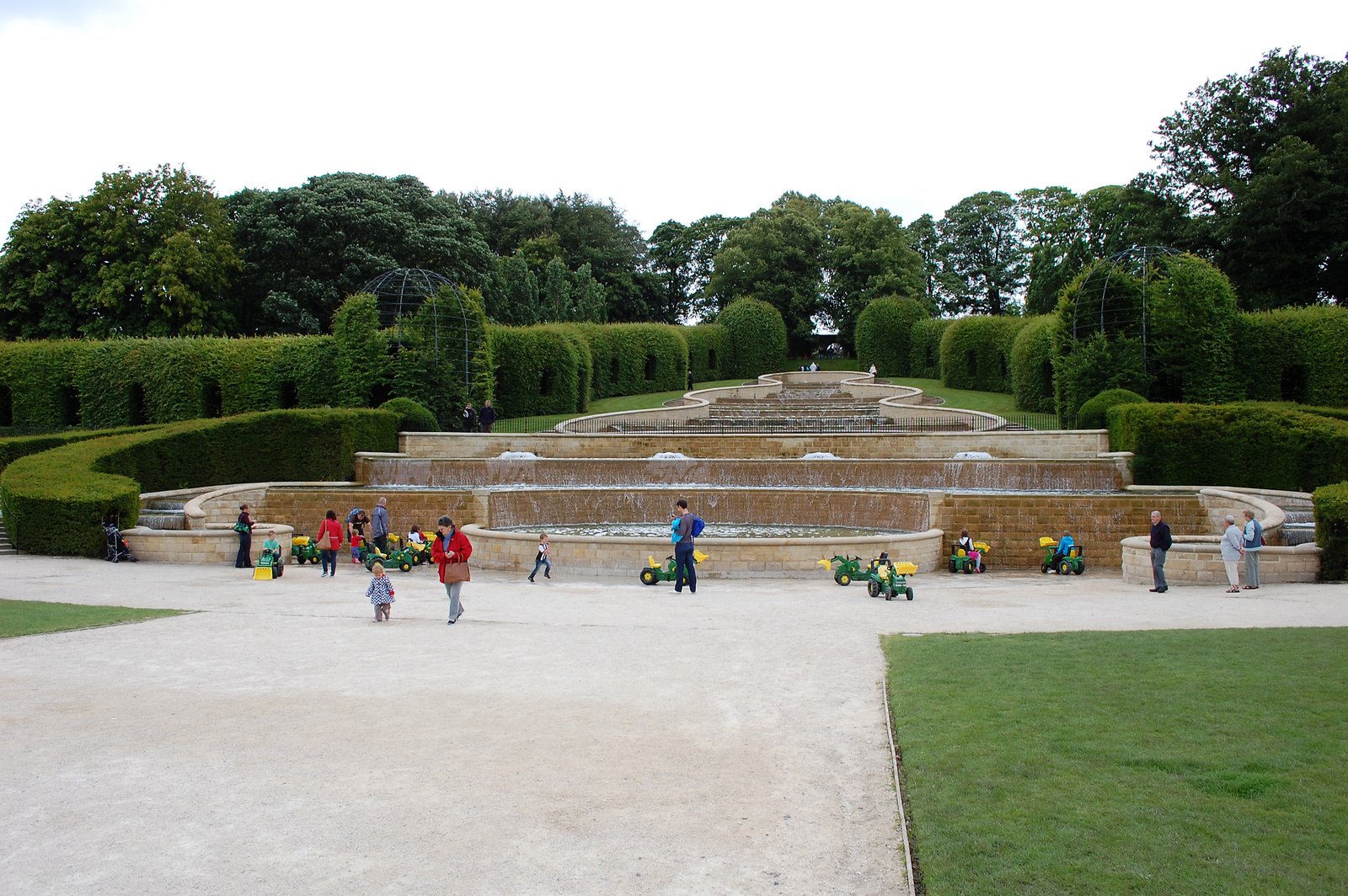