Steenbergs Organic Oregano is a classic rendition of this robust tasting herb, which we source from organic farmers in Turkey.  For traditional Italian cooking, the sweet strong smell of Steenbergs Mediterranean organic oregano cannot be beaten.... 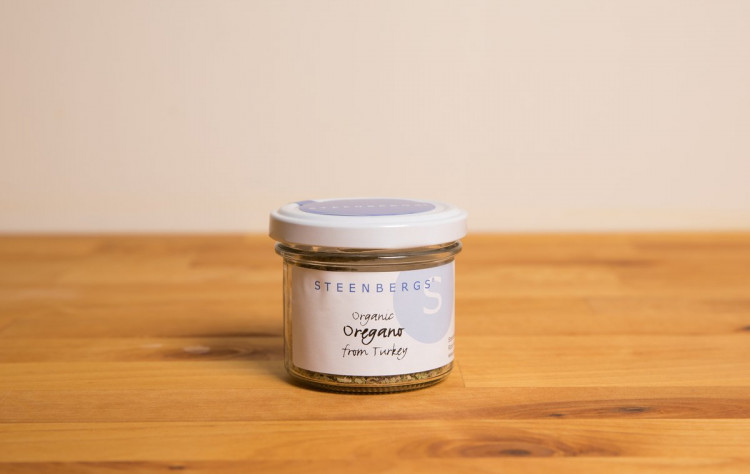 Oregano is the quintessential flavour of the Mediterranean, especially Italian, cuisine, because of its love affair with tomatoes.  Oregano is a hardy perennial herb plant, Origanum vulgare.  Oregano plants are upright bushes with reddish coloured, slightly woody stems, which grow to around 45cm in height (18 inches) and have rounded, tear-shaped deep green leaves; the leaves grow to about 3cm in length (1 inch) and are covered in a fine down of hairs.  Oregano has small pale pink flowers.  Oregano is less sophisticated than marjoram in its appearance and flavour, with a strong and robust grassy flavour with some peppery oily warmth, together with a hint of bitterness, and sometimes there is a hint of lemon.  The oregano leaves are harvested just before the plant is in full flower when they are at their most robust and the flavour is the most intense.  Oregano should be dried in a dark, warm, well-aired place for a few days, then when the leaves are crisp and dry, they can be rubbed off their stalks.  Hence, oregano is often sold into Steenbergs as rubbed oregano, i.e. off the stalk.  For more details on oregano, have a look at Wikipedia.

Oregano is stronger in flavour than marjoram and is better dried than fresh as the flavours intensify.  Oregano works well with tomatoes, just like basil, and because of this affinity to tomato, the mixture of basil and oregano have pretty much become the universal base flavours for pizza and pasta.  Oregano also works well with aubergine, courgette and sweet peppers, so you will find its use in moussaka, for example, while beef, lamb and pork also enjoy being rubbed with olive oil then some oregano, garlic and a smidgeon of freshly ground pepper before cooking.  For some cooking inspiration, why not check out Steenbergs recipes section or Allrecipes.

Steenbergs Organic Oregano is part of the Steenbergs UK range of over 400 organic spices, peppers, organic herbs, organic flavoured sugars, organic extracts and flavours and an ever expanding range of organic teas and hot chocolate drinks.  For your local stockist click on "Where to see us", or call us on 01765 640 088 or email to enquiries@steenbergs.co.uk. 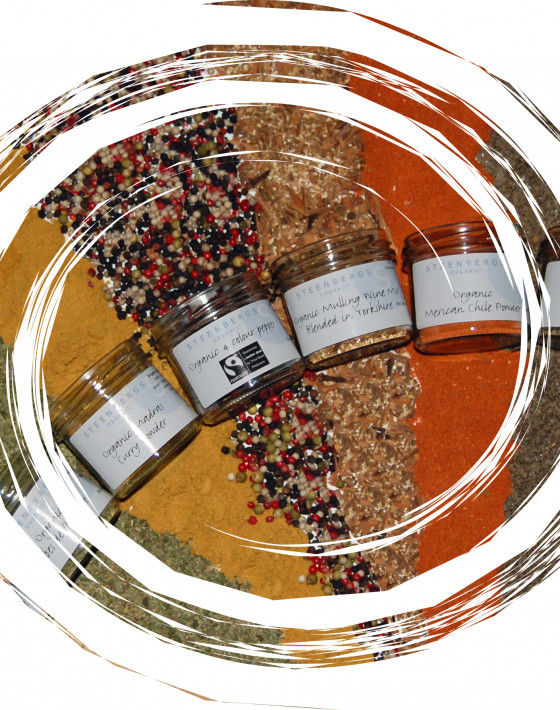 This is a traditional recipe for a New Mexican Red Chile Sauce - Chilli Sauce - that is preferred by...