A bit about Turmeric... 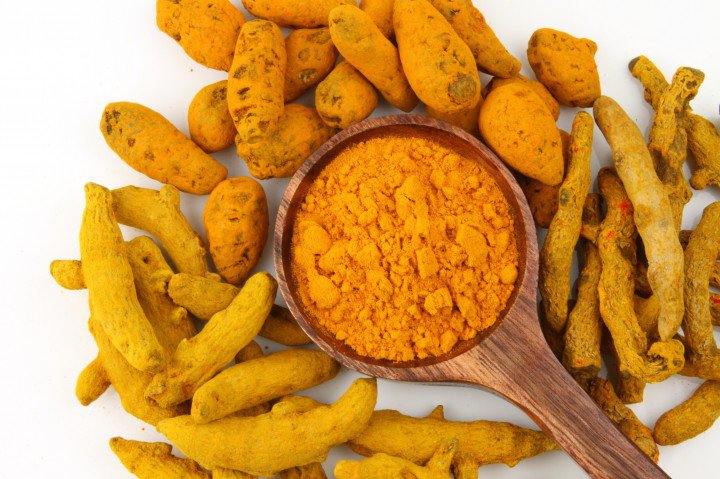 Steenbergs Organic Fairtrade Turmeric comes from an organic and Fairtrade co-operative in the Kandy region of Sri Lanka. Turmeric originates from a root, known as the rhizome, Curcuma longa; it looks similar to ginger and galangal. To create turmeric powder, the turmeric rhizomes are lifted, boiled for one hour to fix the colours, dried for 10-15 days then cleaned (called polishing) before being crushed and ground.

The colour of turmeric comes from its natural curcumin colouration, although it's commonly a bright yellow, it can also be more orange-yellow and almost brown.  Fairtrade turmeric has a distinct earthy aroma and a pleasing, sharp, bitter, spicy and lingering depth of flavour.

Turmeric has been widely used in Asia and India for centuries in cooking, and also as traditional medicines. Now, we are all beginning to understand its health benefits in a bit more detail.  As turmeric has been used as a traditional medicine, this implies that it may have health benefits, therefore here at Steenbergs we have done some googling and found that Curcumin doesn't just give turmeric its vibrant yellow colour.

It is also the primary biologically active component of turmeric, as it has anti-inflammatory and antioxidant properties. Due to this there is high interest in curcumin as a lead molecule in anti-inflammatory drug development strategies, as curcumin has potential to alleviate and prevent multiple disease conditions, such as cancer, Alzheimer disease, heart disease and arthritis.

Over the last 25 years, curcumin has been extensively evaluated for its health promoting properties. Preclinical investigations provide substantial and compelling support for curcumin's antioxidant, immunomodulatory, and anti-inflammatory properties; clinical studies are less numerous but are growing in number. For example, a head to head study carried out by W.C. Roberts found that daily ingestion of the turmeric component, curcumin can improve endothelial function just as well as up to one hour of aerobic exercise a day can! However, it was found, to get the best improvement in endothelial function a combination of both daily aerobic exercise and curcumin consumption are needed. Large clinical studies are needed to confirm the benefits of curcumin, current ongoing clinical studies should provide further insights in the future.

A problem with curcumin is that the liver sees it as being toxic, and therefore curcumin gets digested very quickly, giving it a low bioavailability. However, it has been found that when curcumin is consumed with pepper this can increase the bioavailability of curcumin. This is due to peppers active component, piperine. Piperine is an inhibitor of drug metabolism and therefore, prevents the liver breaking down curcumin. This leads to an increase curcumin in the blood, causing increased bioavailability. Therefore, consuming curcumin with pepper may enhance the potential benefits of curcumin.

A great way to try it is in a turmeric latte.

https://www.jenreviews.com/pepper/ - has a great article on the health benefits of pepper including 15 different pepper recipes