At my father's 75th birthday bash at the weekend, our children could not get enough of the Prinz Regenten Torte nor the Chocolate Ambassador.  Chocolate Ambassador turned out to be a rich chocolate mousse with raisins and biscuit within it.  As we were to have some friends around, I though I would have a go at mimicking it, but with a couple of tweaks that Jay thought about at the weekend - adding crunched up Crunchies or Maltesers. 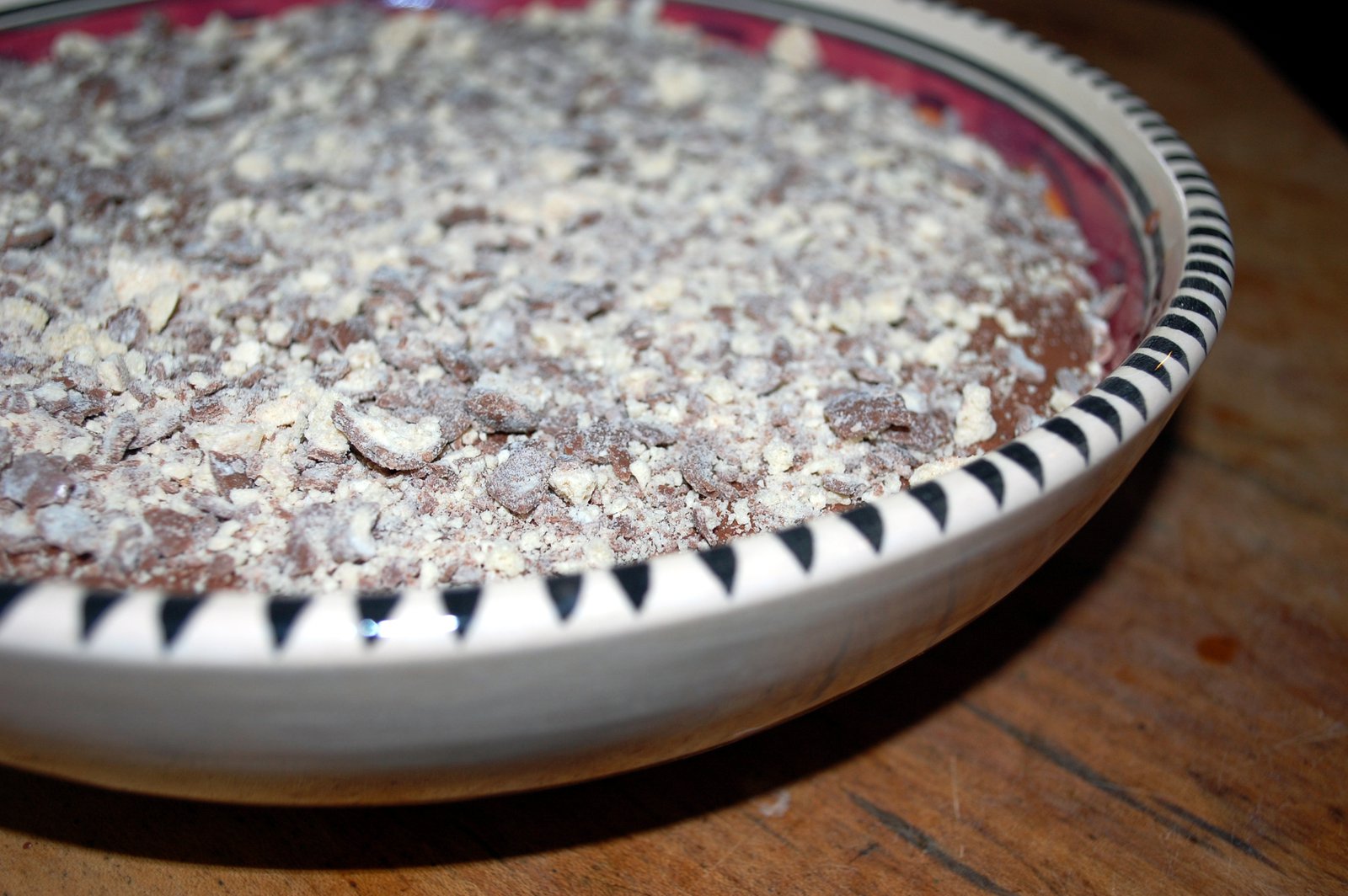 Break up the dark chocolate into smallish pieces and place into a small heatproof bowl, then melt these dark chocolate pieces over boiling water.  When melted, set aside to cool.

Put the milk and cinnamon powder into a small milk pan and heat until bubbles start to form at the edges.  Take off the heat and add to the melted dark chocolate, mixing in with a rubber spatula.

Make sure that the chocolate mixture is warm rather than hot, then add the egg yolks, stirring with the rubber spatula until just mixed in.  Mix in the crunched Crunchie pieces.

Add half the egg whites to the milk-chocolate and fold in.  When just folded in, add the remaining egg whites and fold in gently until just mixed in.

Place in the fridge for at least an hour to let the mousse set.

Just before serving, crunch up the Maltesers and sprinkle evenly over the top.