I was pottering around the shops the other day and their was some good looking shoulder of lamb.  They called out to me "Cook me, take me", so I asked the butcher for them and popped them in the basket.  Back at home, I found some lemons that need using up, picked some rosemary from the garden, then set to it.

The key on this versatile stew is to cook long and slow, which gives time for the collagen and tougher bits on these cuts of lamb to break down, while the fat keeps the meat deliciously moist.  It  tastes even better if you cook it slowly one day, then come back to it the next night, when the flavours really do infuse throughout the meat.  The other thing is the temperature of 160C, since as the lamb gets to this temperature the collagen liquifies into gelatin, giving the meat that "melt-in-the-mouth" tenderness, as well as killing off any bugs that might be in the meat.

Prepare the lamb if it is shoulder by cutting off most of the meat and chopping into 2cm x 2cm (1 inch x 1 inch) cubes.  Keep some of the meat on the bone as this will become easy to cut off after cooking.  Put the meat pieces and bones into a large pot.

Add the olive oil, juice of the lemons and glass of white wine to the meat.

Add the cinnamon quills, chopped rosemary, one or two grinds of black pepper and a pinch of salt.  Give it all a stir around. 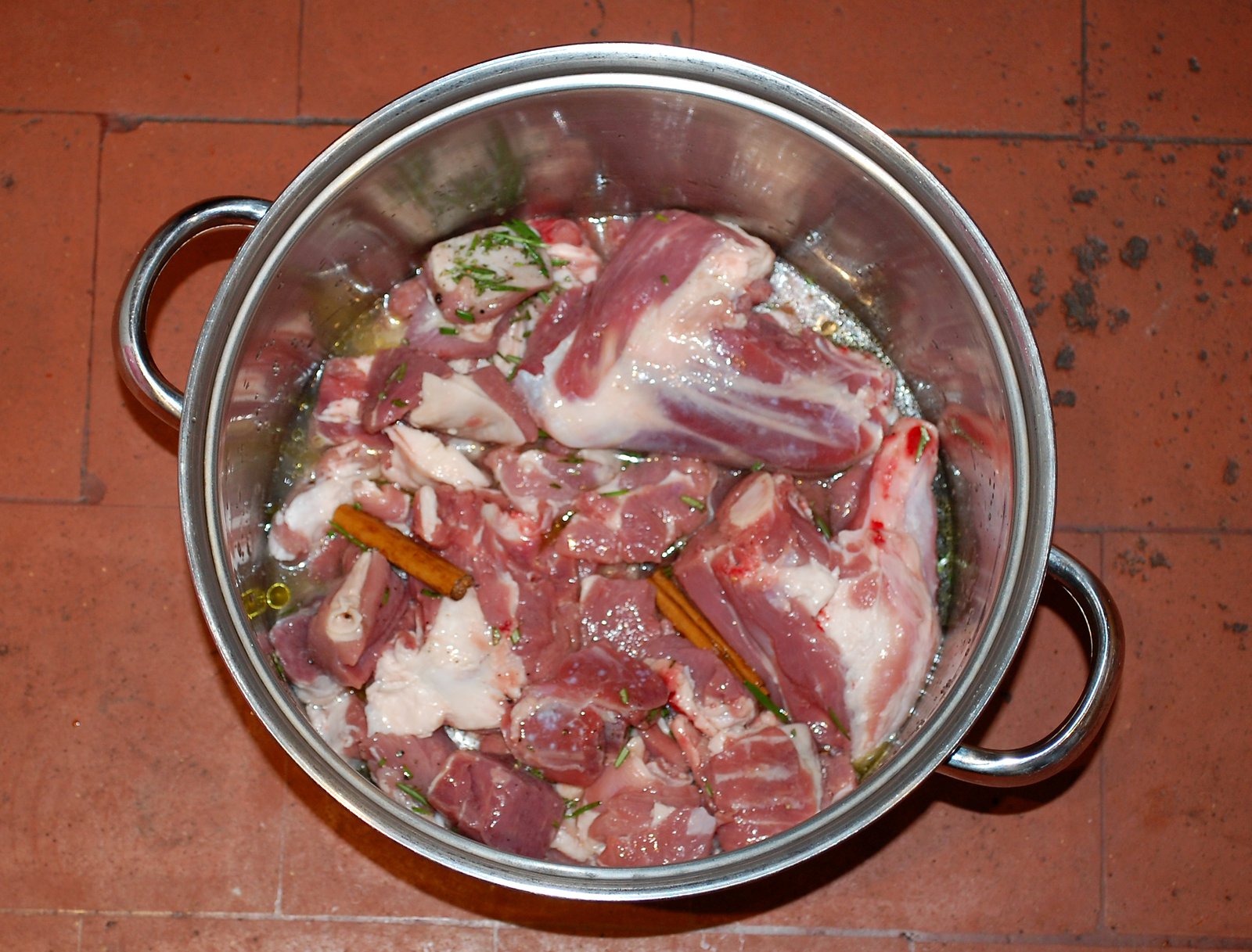 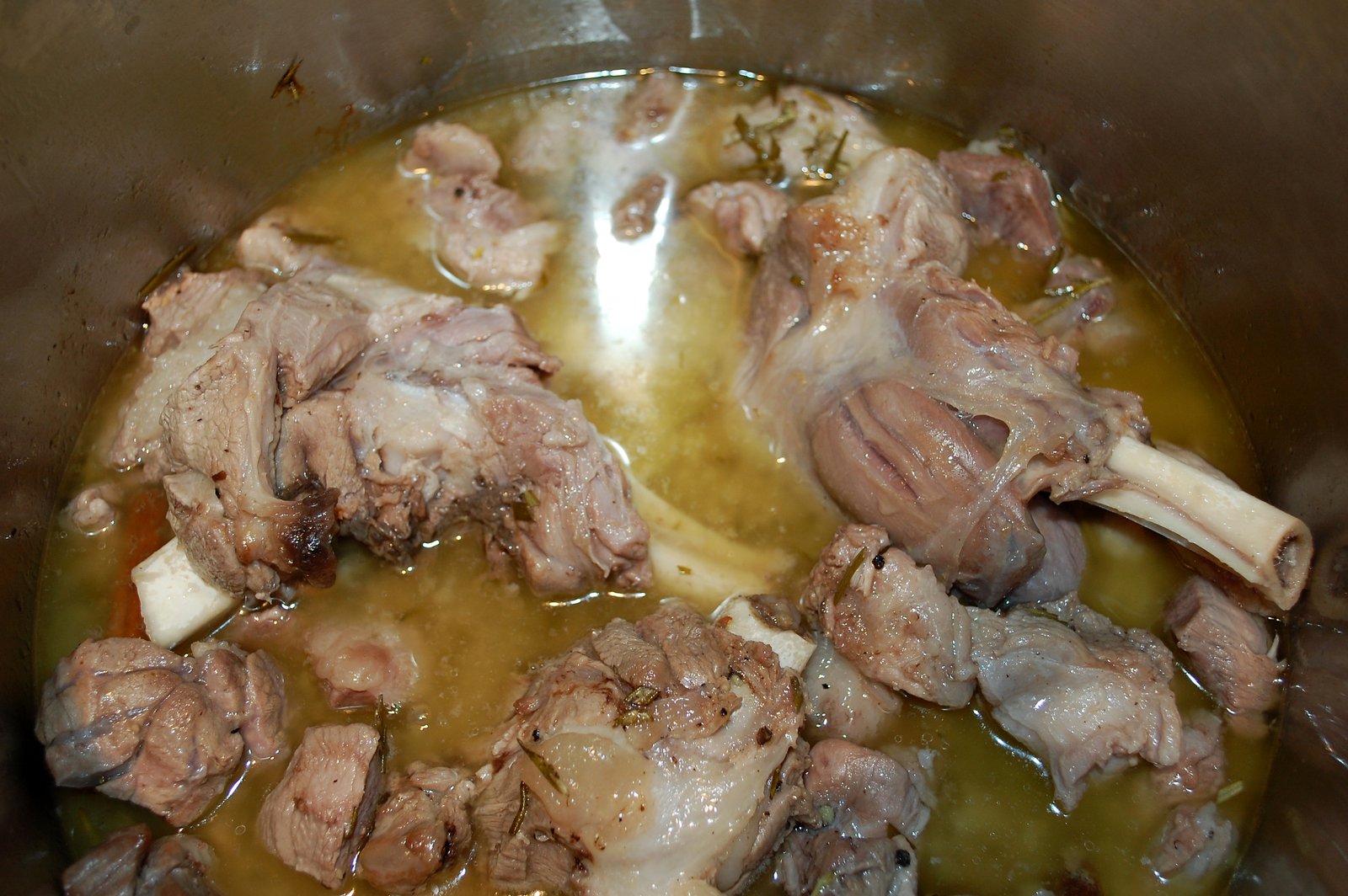 Either eat straight away or the next day.  Serve with rice (we had saffron rice) and vegetables, then use some freshly baked bread to soak up any of the dripping on your plate.

Gorgeous and so, so very simple.