The lead up to Christmas is always a good excuse for some festive home baking. This year we've feasted on German biscuits and sweet treats, so come and see which ones will tempt you.

The lead up to Christmas is always a good excuse for some festive home baking. Starting this year on Sunday 24th November with Stir Up Sunday, the traditional day for making Christmas Cake and Pudding, and leading nicely into December with the eager anticipation of the first mince pie, the kitchen is filled with the aromatic scent of fruits and spices.

Our traditional British festive baking is often peppered with spices to enhance the flavours of the dried fruit (along with the alcohol!), but maybe not as much as the Christmas treats from Continental Europe which enjoy an array of different spice combinations. Lebkuchen, Stollen, Koekkruiden and Speculoos are just some of the baking blends that reflect the modern trend for broadening our baking repertoire and trying our new recipes, often with a spicier but lighter finish.

Many of the sweet treats that we delight in at this time of year originate in Germany.  The traditional Christmas markets and bakeries are pungent with the aroma of fruit-laden stollen filled with marzipan (see next week’s instalment) and a plethora of tiny baked biscuits or plätzchen. Literally meaning ‘little place’ or coming from the word platz which means ‘round flat cake’, these biscuits come in all shapes and varieties, some of which we will try to recreate here.

A very traditional, soft, richly spicy biscuit glazed with icing, these biscuits can be traced back to the early days of the European spice trade where honey was used as a cheaper alternative to sugar when sweetening. They improve with time and traditionalists suggest mellowing in an airtight tin with slices of apple for a few days to allow the flavours to develop.

Try our family favourite recipe on the website which uses our unique hand-blended spice mix heavy in cinnamon but with hints of cardamom, ginger and cloves.

A darker, spicier biscuit which takes its name from the addition of black pepper and ground almonds, these are another traditional German biscuit. Don’t be put off by the addition of pepper though as this just lends a warmer note and enhances the rest of the spices.
Try this recipe from blog One Perfect Bite which adds a liberal coating of icing sugar as the final flourish. I used 1 tsp of Steenbergs organic Orange Extract instead of the candied peel for a smoother finish.

We tried out a recipe which comes originally from the famous Rischart Bakery in Munich and has been recreated here by Todd Coleman for Saveur Magazine.

However do feel free to use your normal shortbread biscuit recipe and add toppings and flavourings to suit. Why not top with one of our flavoured sugars or use the chocolate to sandwich two together into a double layer?

A chewy, spicy biscuit similar to a macaroon, these include a baked icing of meringue which is absolutely delicious. In German Eischnee is the translation of ‘beaten egg white’ but it literally means ‘egg snow’: an apt name for the fluffy foam of whipped egg whites sweetened with sugar and very appropriate for these delightful biscuits.

Edd Kimber, the original Great British Bake Off winner, demonstrates an easy recipe for Cinnamon Stars via the BBC Good Food website or for a completely authentic recipe head for the German website lecker.de.

If you’ve enjoyed making these biscuits why not try a few more of the traditional varieties, which include: 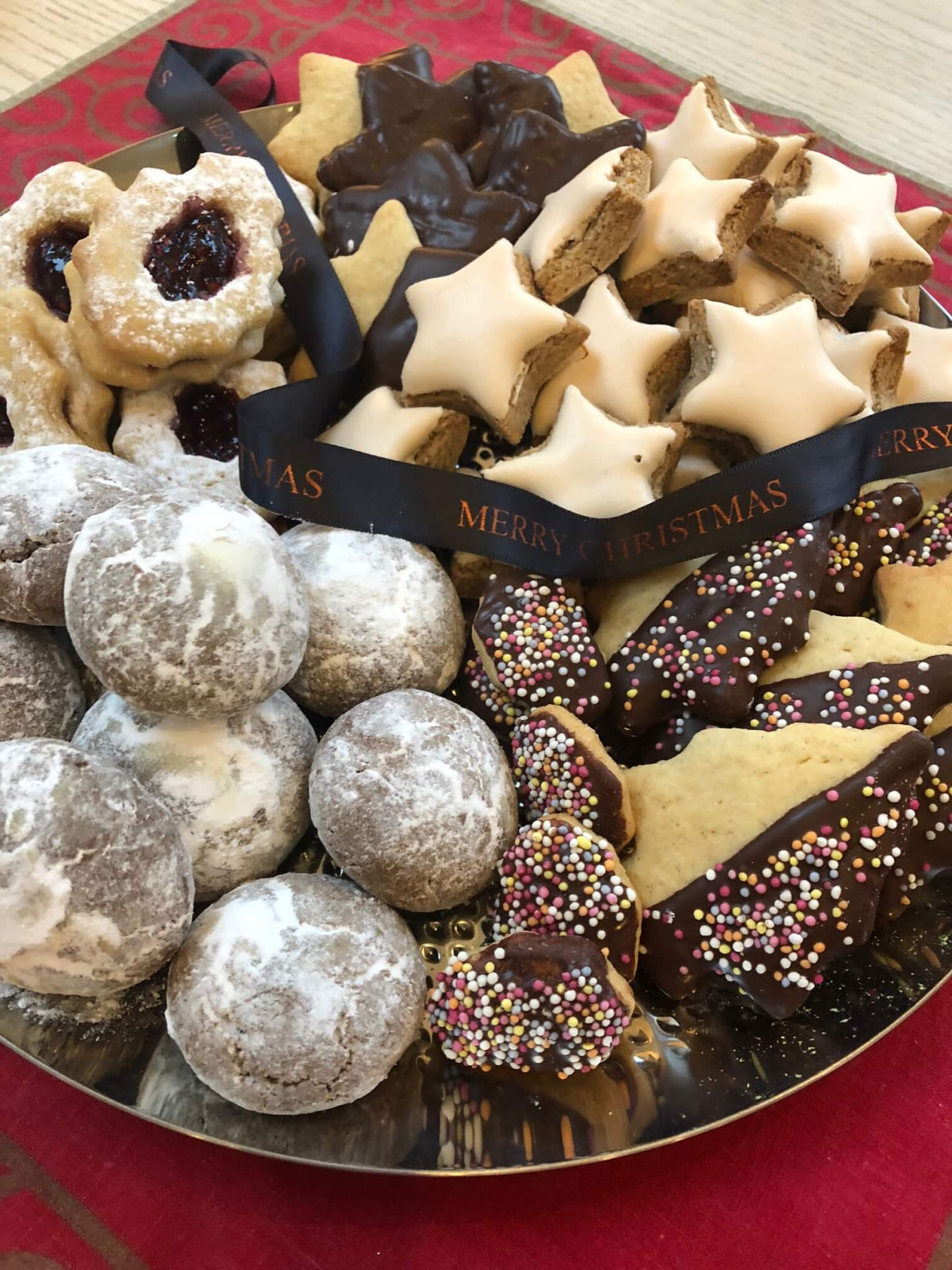