Development thoughts about vanilla from the Congo

I like the vanilla beans from the Congo because of their story.  I like the idea that the vanilla beans are grown in the Democratic Republic of Congo in the Virunga National Park.  I, also, like the fact that this is a fair trade story, where local people are striving to improve their lives through high quality agriculture.  It shows how fairtrade is part of the process of international development and not the only solution. 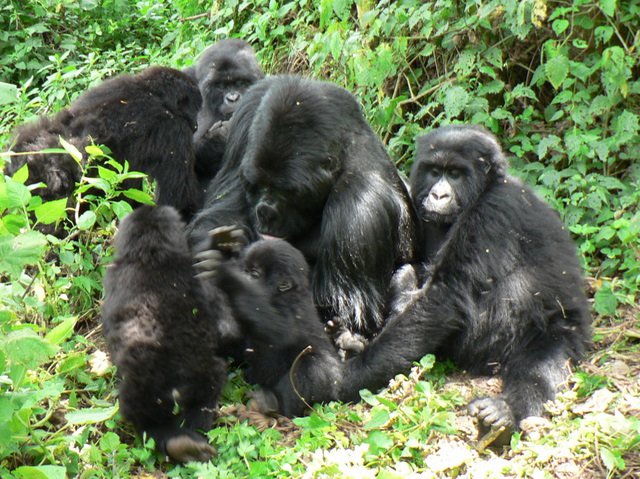 Just like at Bwindi Impenetrable Forest, the Virunga National Park has a popular and successful gorilla tourism program whereby relatively wealthy people from the developed world pay $500 to spend 1 hour looking at the mountain gorillas, plus the cost of general tourism like hotels, catering and transport, and then there are the game reserves throughout the region, for example the Queen Elizabeth and Rwenzori Mountains National Parks in Uganda.  So you have got tourism and premium agriculture bringing in foreign currency to this poor region and helping to lift the region out of pure poverty.

However, still it needs to develop its own bedrock of economic activity, rather than purely be reliant on sales of vanilla beans to Europe or tourism to Europe and America, so that's where NGOs can step in, developing and nurturing small entrepreneurial activity.  I love the dried mushrooms that we get from Tropical Wholefoods, which are grown and dried by farmers in Colombia and Zambia and apricots from the Hunza in Northern Pakistan.  The Hunzas were one of the people studied by British colonialists that became the germ of the idea of organic agriculture, and was written up by Sir Robert McCarrison who felt the Hunzas to be the "direct embodiment of an ideal of health and whose food was derived from soil kept in a state of the highest natural fertility" (quoted from Sir Albert Howard's "Farming & Gardening for Health or Disease").

However, there needs also to be the development of a manufacturing sector in these countries that trades locally within Africa.