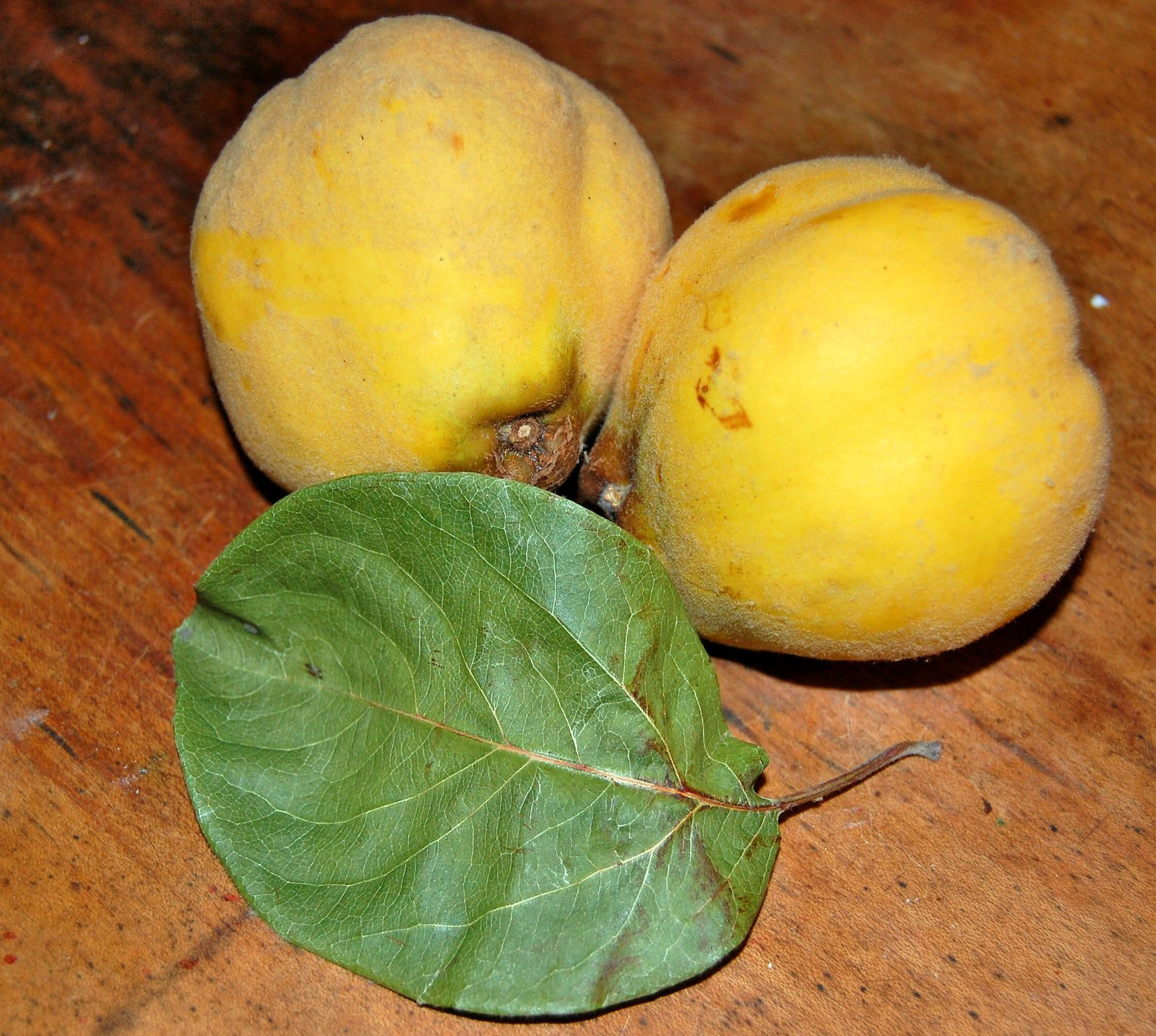 A good friend of ours - Jane - gave us 8 large quinces the other day and I have been racking my brains as to the best way to use them.  They have a gorgeous light green-yellow colour and an almost eye-like shape, but finding recipe ideas for them is well nigh impossible.

I eventually found a Gordon Ramsay recipe on line which I have tweaked to be a bit more interesting as his recipe appeared - at least on paper - to be quite bland.  It only used 2 quinces so I still need to find a way of cooking the rest - I don't want to have to make quince jelly.  We had it for our pudding after a delicious Sunday roast beef, roast potatoes and Yorkshire puddings, which was gluttonous but very satisfying.

Dissolve the 100g of caster sugar in the 300ml of water and heat to simmering point.  Add the cinnamon quill and hubble away for 5 minutes.  Now add the quince pieces and simmer for about 20 minutes until soft.  Remove from the heat and sieve, getting rid of the sugar syrup.

In a bowl, mix the cooked quince and stem ginger until mixed throughly and then put these into the bottom of the pudding basin, levelling it out.  Add the golden syrup and let this settle into the nooks and crannies.  Sprinkle the surface over with ground almonds to act as a slight barrier.

While the golden syrup is oozing down into the quince-ginger, put all the other ingredients into a food processor and mix until it looks like batter.  Spoon this over the ground almonds and smooth flat. 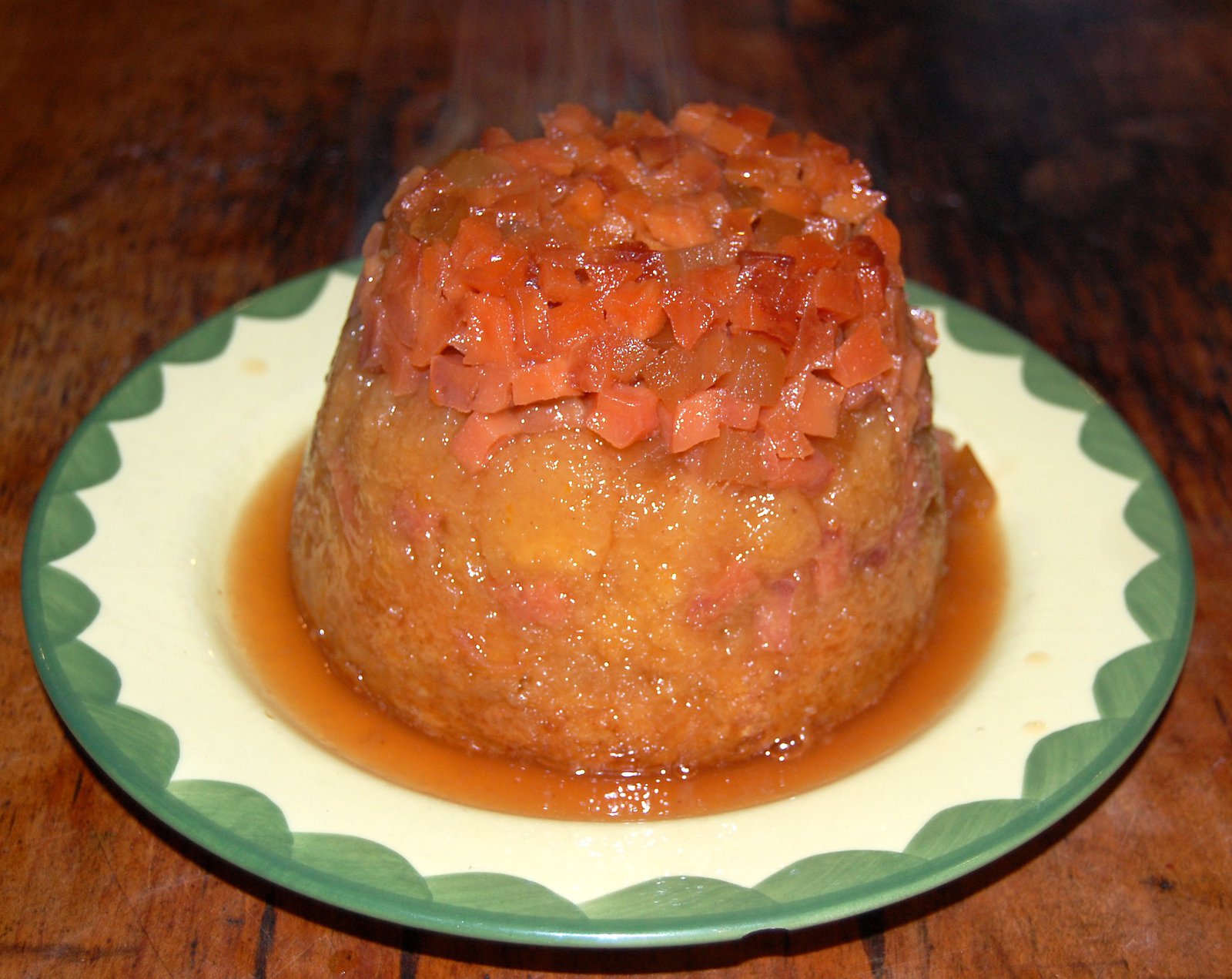 Put the pudding bowl in a large pan, fill pan to half way up the pudding boil with boiling water from the kettle.  Put the top on the pan and heat the water to boiling temperature, then reduce heat to a strong simmer and steam for 1½ hours, checking the water levels all the time.