I had been looking for an excuse to try a recipe that I had pulled out of The Daily Telegraph from Xanthe Clay's hunt for the Best British Recipes.  It is that classic of British fusion cooking and sentimentality for bygone Imperialism (rightly or wrongly) - Coronation Chicken.  Like many I have been brought up on the quickly put together using up of left over roast chicken - chop the meat into cubes, add some mayonnaise, some mango chutney and a few sultanas plus some curry powder or paste.  Great quick home food, but not particularly accomplished cuisine.

I claim no input into this other than to make it, but it really was worth the hassle as the delicate roasting and marinading create a wonderfully aromatic and sensual flavour, then the crème fraîche - mayonnaise mix was much nicer than mayonnaise on its own.  This recipe is from a reader of the Daily Telegaph called Simon Scutt and is simply brilliant, and while I made a few tweaks they were more out of having the wrong ingredients than anything else.

1 finely chopped, small dried red chilli (not the seeds - I actually used a Hungarian mild chilli as there were 6 kids ranging in age from 2 to 11 years old, but a Bird's Eye Chilli would give it more heat) 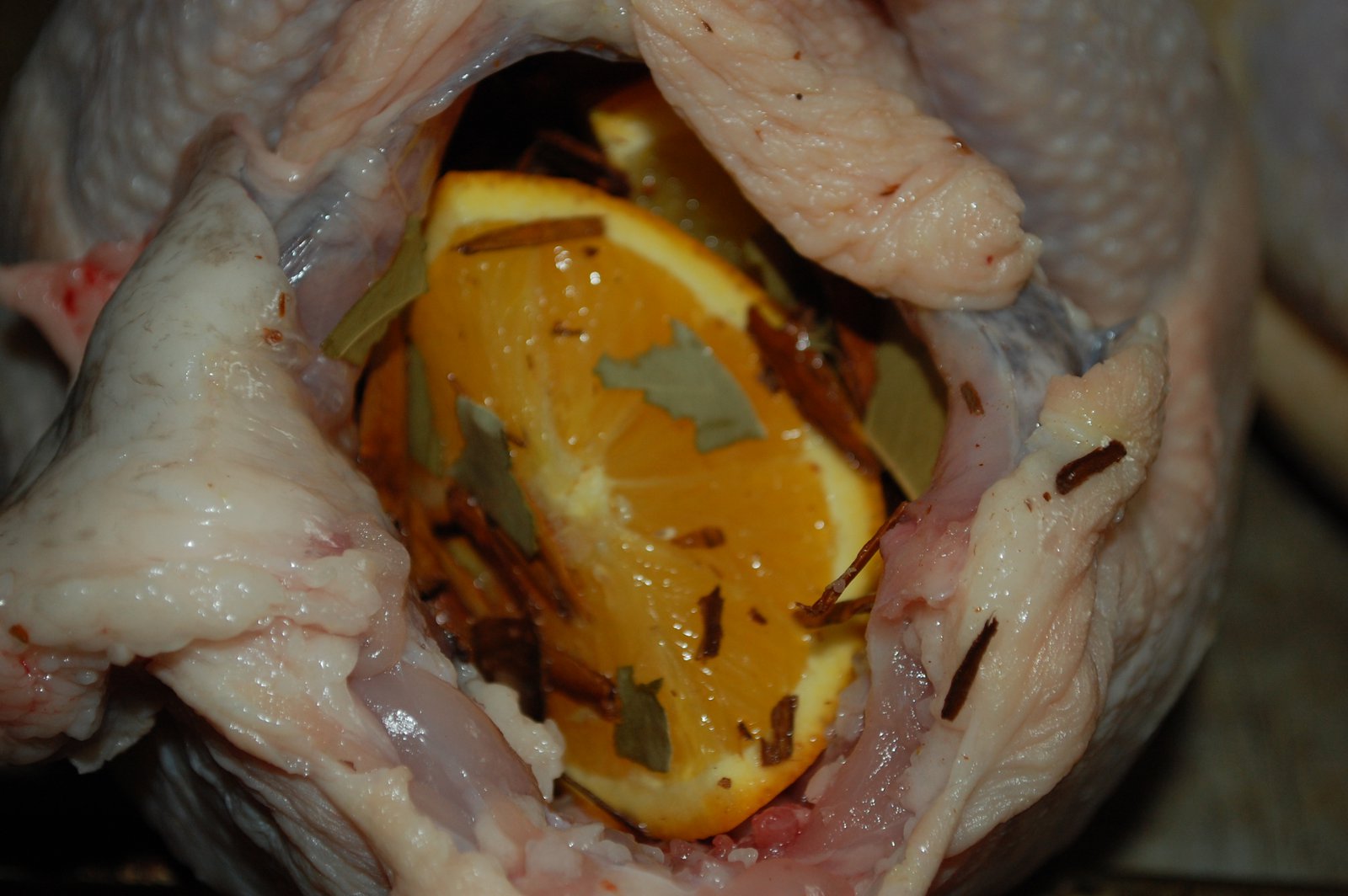 Preheat the oven to 400C / 200F.  Quarter the oranges, scrunch up the bay leaf and crush the cinnamon quills and mix these up roughly.  Stuff them inside the chickens, then season the outside of the chickens with a little bit of the olive oil to moisten and some salt & pepper rubbed all over (I actually used some Steenbergs Perfect Salt Seasoning as it was to hand, but salt and pepper is all it needs).  Roast the chickens in the oven for 20 minutes per lb/500g.  Leave to cool then strip the carcasses of the chicken meat.  Chop the chicken into decently sized bite-sized pieces, i.e. not too small, and put into big dish and keep in fridge.

Now take a large pot and put in the dry stock seasonings and dry fry for a couple of minutes to bring out the volatile oils, then take off the heat.  Put into this pan the chicken carcasses and skin.  Then pour the white wine over it all and add enough water to cover the chicken caracasses fully.  Put the lid onto the pot, bring to the boil, then leave to hubble away for 2 hours.  Strain the stock and skim off the fat and boiling the stock vigorously reduce it down to about 500ml/ 1 pint.  Leave to cool. 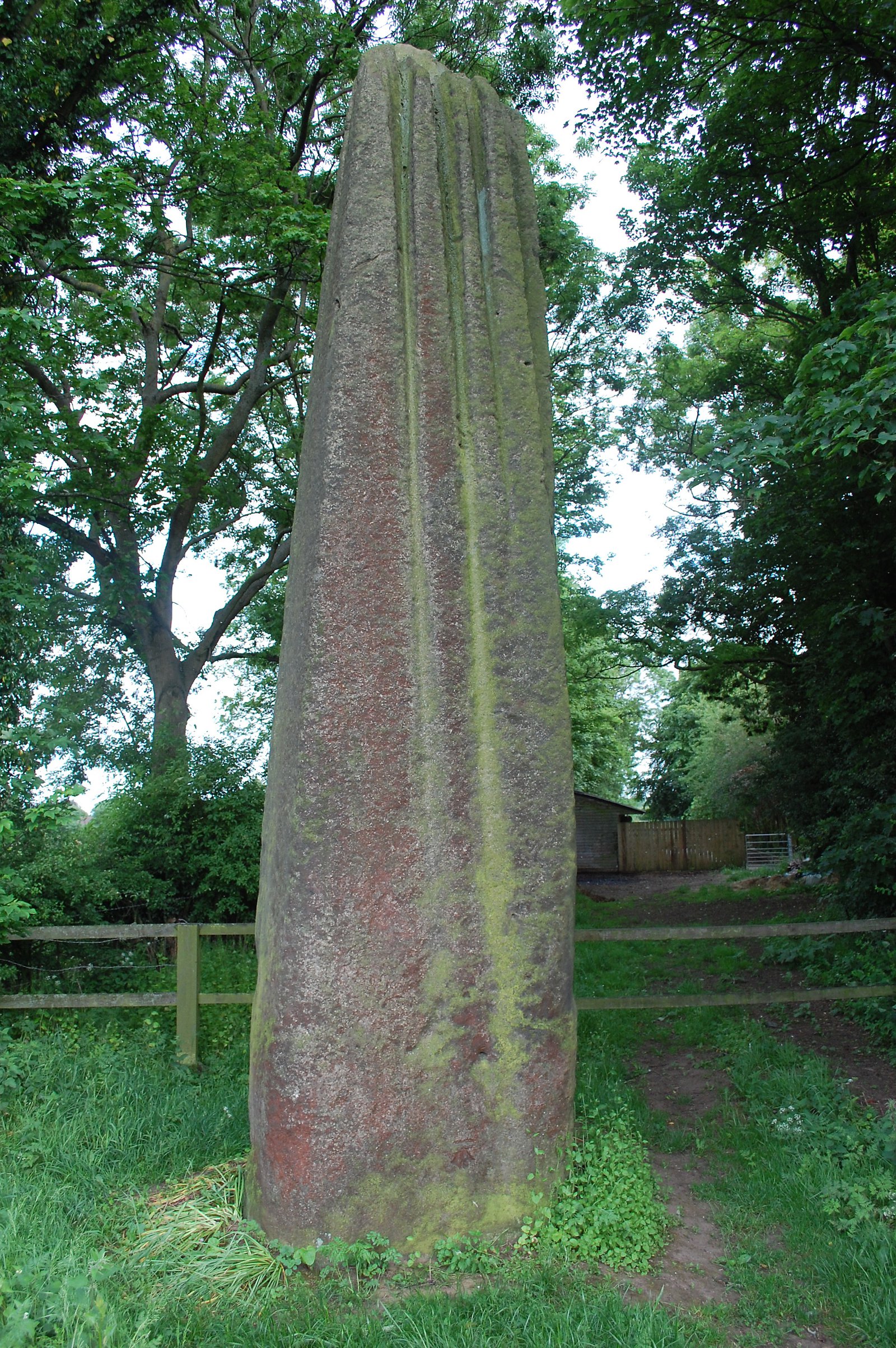 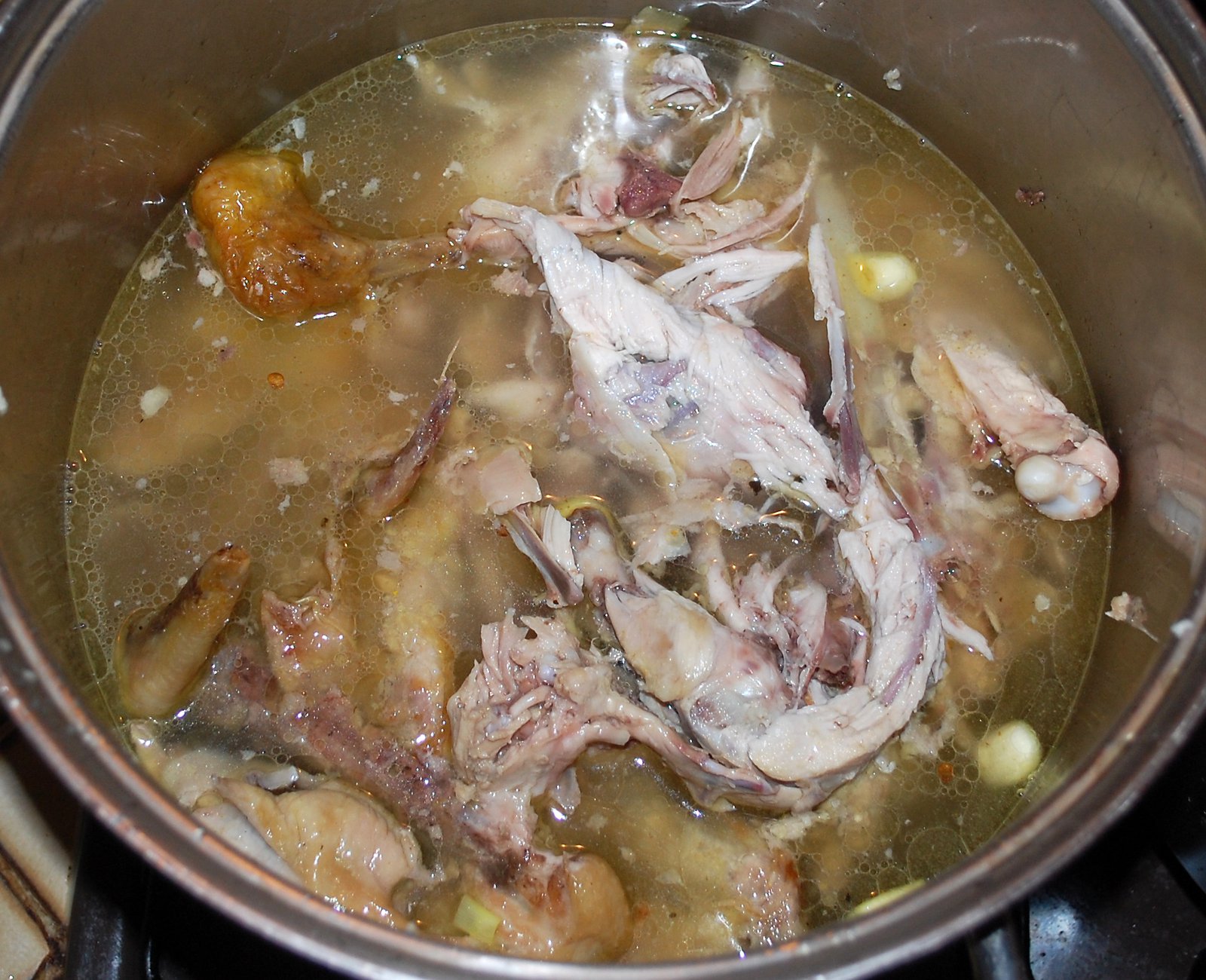 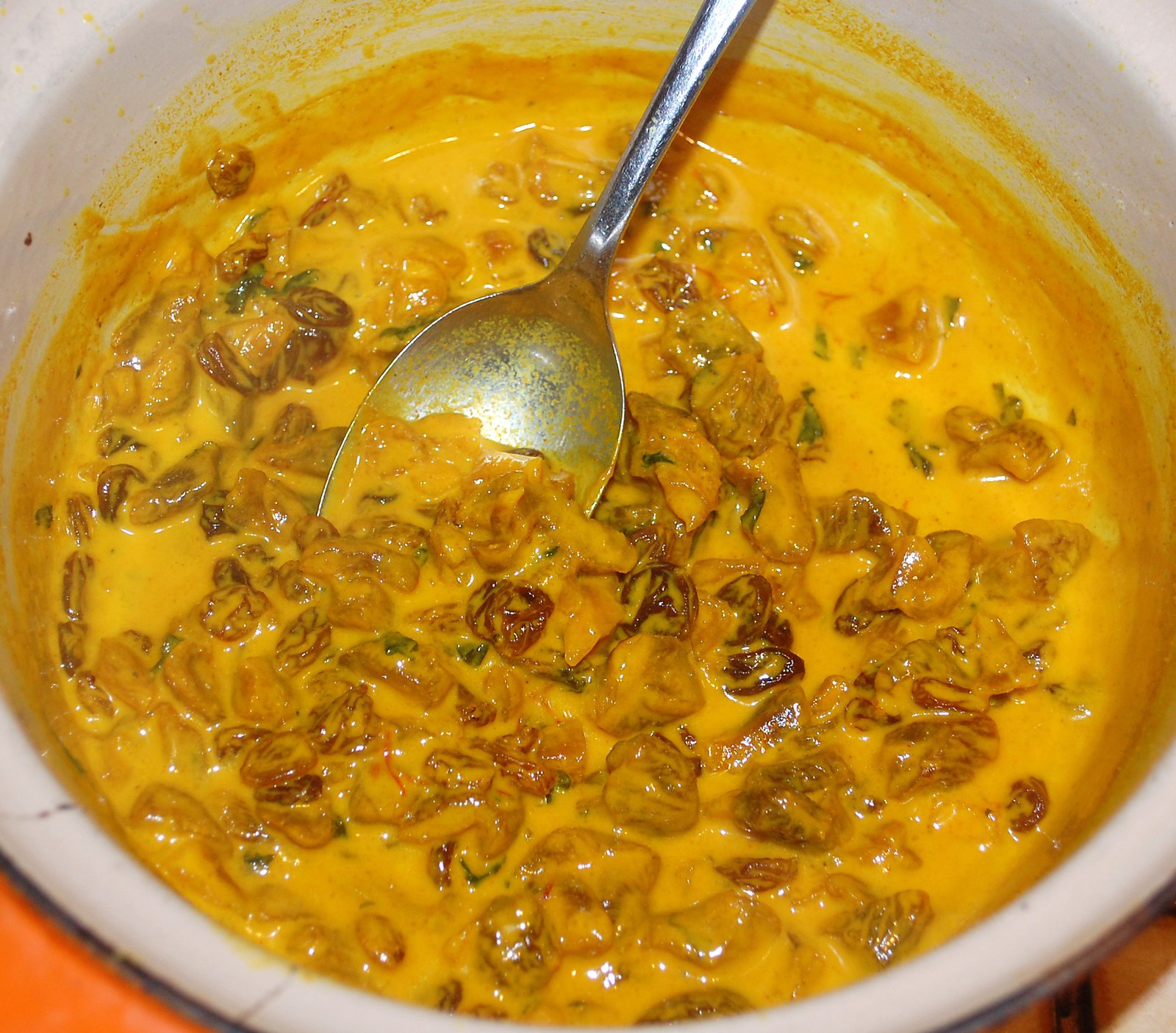 Now, start making the marinade.  Heat the saffron and turmeric gently in a dry saucepan for a few seconds, then add the milk and bring to the boil.  Stir in the wine, coriander, mango, sultanas and apricots.  Simmer gently for 10 minutes until the dried fruits all plump up.  Leave this mixture to cool and then add to the cooled stock.  I actually blended this into a smooth sauce first, which is more like the original Coronation Chicken recipe from Constance Spry, but this version by Simon Scutt kept the fruit in nice small chunks.

Next morning, heat the curry powder and coriander in a dry pan for a few minutes to become fragrant.  Add the crème fraîche and mayonnaise in a bowl and stir in the spices.  Fold this dressing into chicken and marinade, which has set into a light jelly overnight.  This takes a few minutes of gentle stirring.

Bring the Coronation Chicken to room temperature and serve with green salads and a cool rice-based salad.  You can use new potatoes as well, which is what we did, and served it along with cold poached salmon as well, for a classic English summer buffet spread. 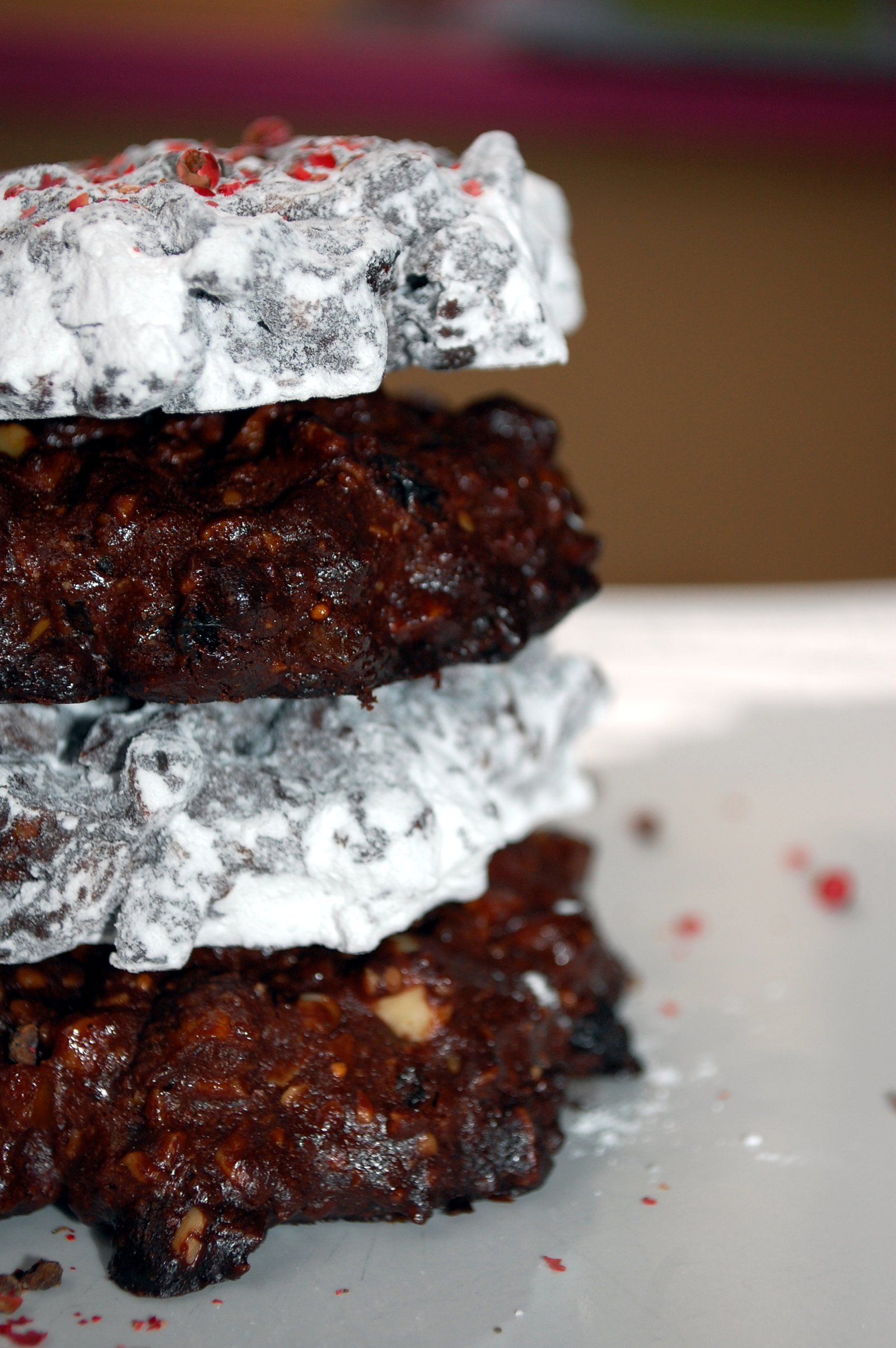