Ginger is a wonderful spice, warming and earthy in flavour with a comforting aroma. For me, it is redolent with memories of warmth indoors with an open coal or wood fire while the outside is heavy with snow. It is also so versatile with the spice being warming and earthy and perfect for everything from curry through to ginger biscuits, while sweet crystallised ginger is lovely and sweet and ideal for ice creams through to puddings. I have bought in traditional crystrallised ginger sweets for this Christmas along with some chocolate gingers boxed up in retro wooden boxes. So with the weather brisk over the last week and heavy snows for this time of the year, my mind has wondered to traditional sponge puddings full of suet, treacle and, you got it, ginger.

I made this on Saturday evening, enjoying listening to the pop pop pop sound of the lid on pot as the pud steamed away for 2 hours while I listened to Radio 5 Live. There was a really frank and open phone in hosted by Alec McGivern on the failed English bid for the FIFA World Cup in 2018, but I must admit that I sympathise with Niall Quinn and his view that those who disclosed corruption at FIFA prior to the announcement of the winners of the FIFA World Cups should explain to those football fans in Newcastle and Sunderland why they did it and whether they really believe that they were right to push for disclosure in a way that could harm the "now failed" bid. They need, also, to explain to those in the North East who could have benefitted from any investment in local infrastructure and sport in the build up to a World Cup where that hope for jobs and change will now come from. There are times to talk and there are times to keep stum, and this surely was one of those times to wait for a better moment. I accept that there might have been no change in the result, but it still sticks in the craw.

Anyway back to the Steamed Ginger Sponge Pudding, this is a dark and rich sweet steamed pudding. It is moist and succulent with a satisfying heaviness, rather than a dry lightness that many modern puddings have. I think that hearty body comes from the suet, whereas many recipes now seem to exclude the suet and use self raising flour, breadcrumbs and butter to make more of a cake than a traditional buxom sweet.

Add the golden syrup and treacle to the bottom of pudding bowl. Sprinkle the ground almonds over the top of this. 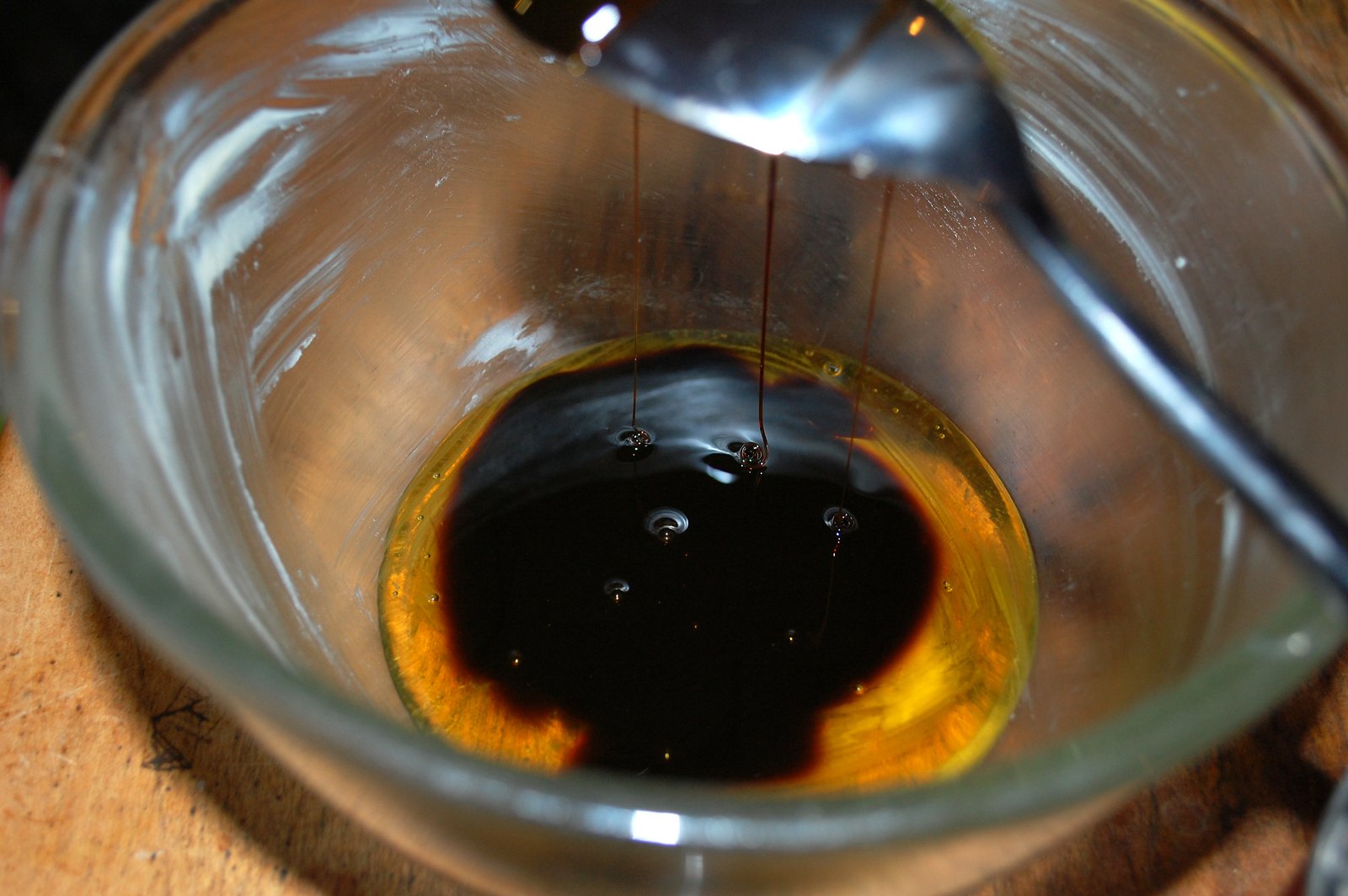 Sieve the plain flour and bicarbonate of soda into a large mixing bowl. Add the muscovado sugar, ginger, cinnamon and sea salt, and mix thoroughly. Make a well and add the egg, golden syrup, treacle and milk and stir the mixture together to thick consistency. 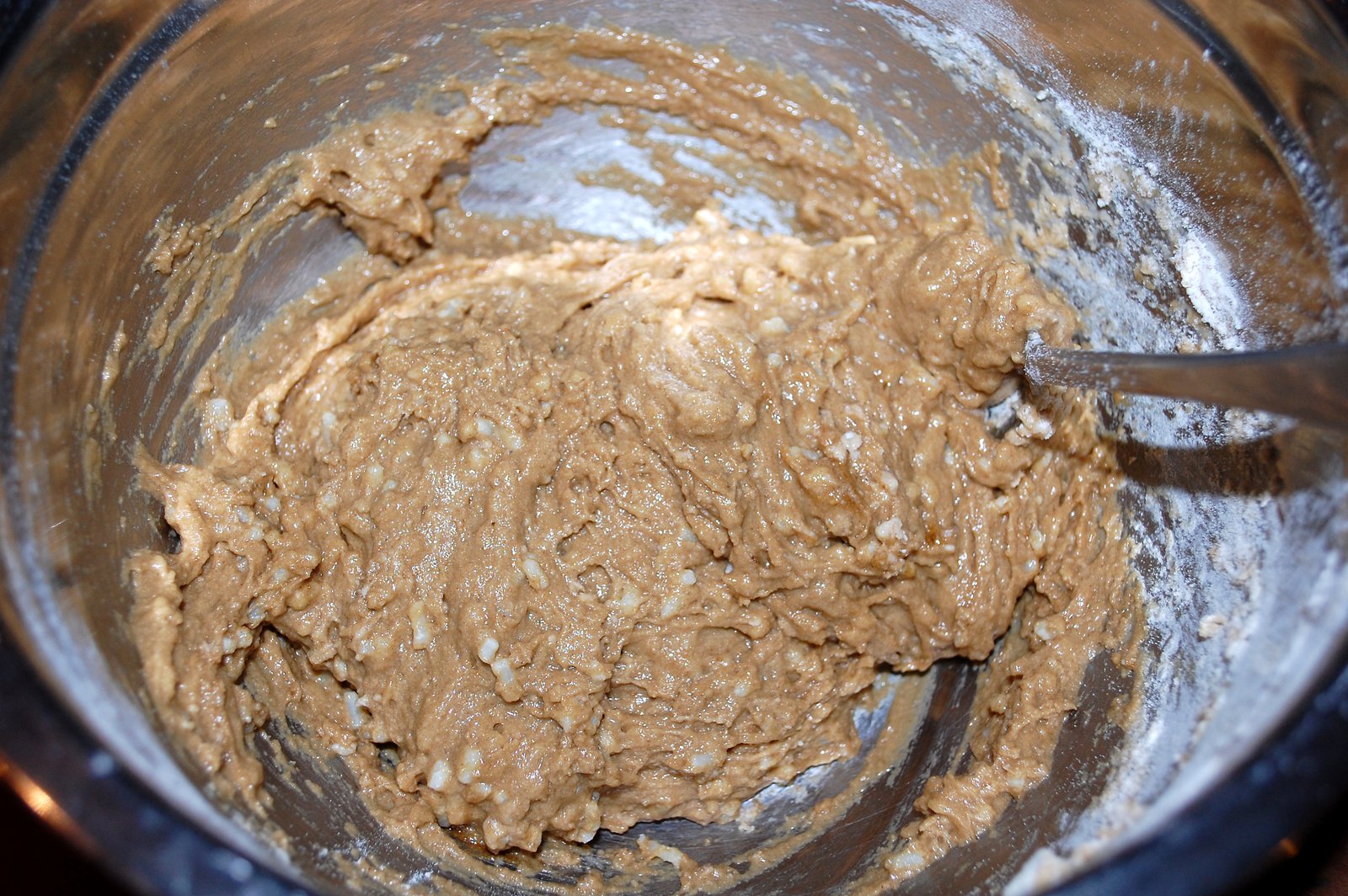 Pour the mixture into the prepared, greased pudding basin over the ground almonds.

There should be about 4cm / 1 inch space at the top of the basin for the sponge to rise into. Now cover the sponge mixture: cut a square of baking parchment and grease one side; place this over the top of the pudding basin; cut a larger piece of aluminium foil and place this over the top; tie the covering down with a piece of string wound around the basin twice and then knotted. 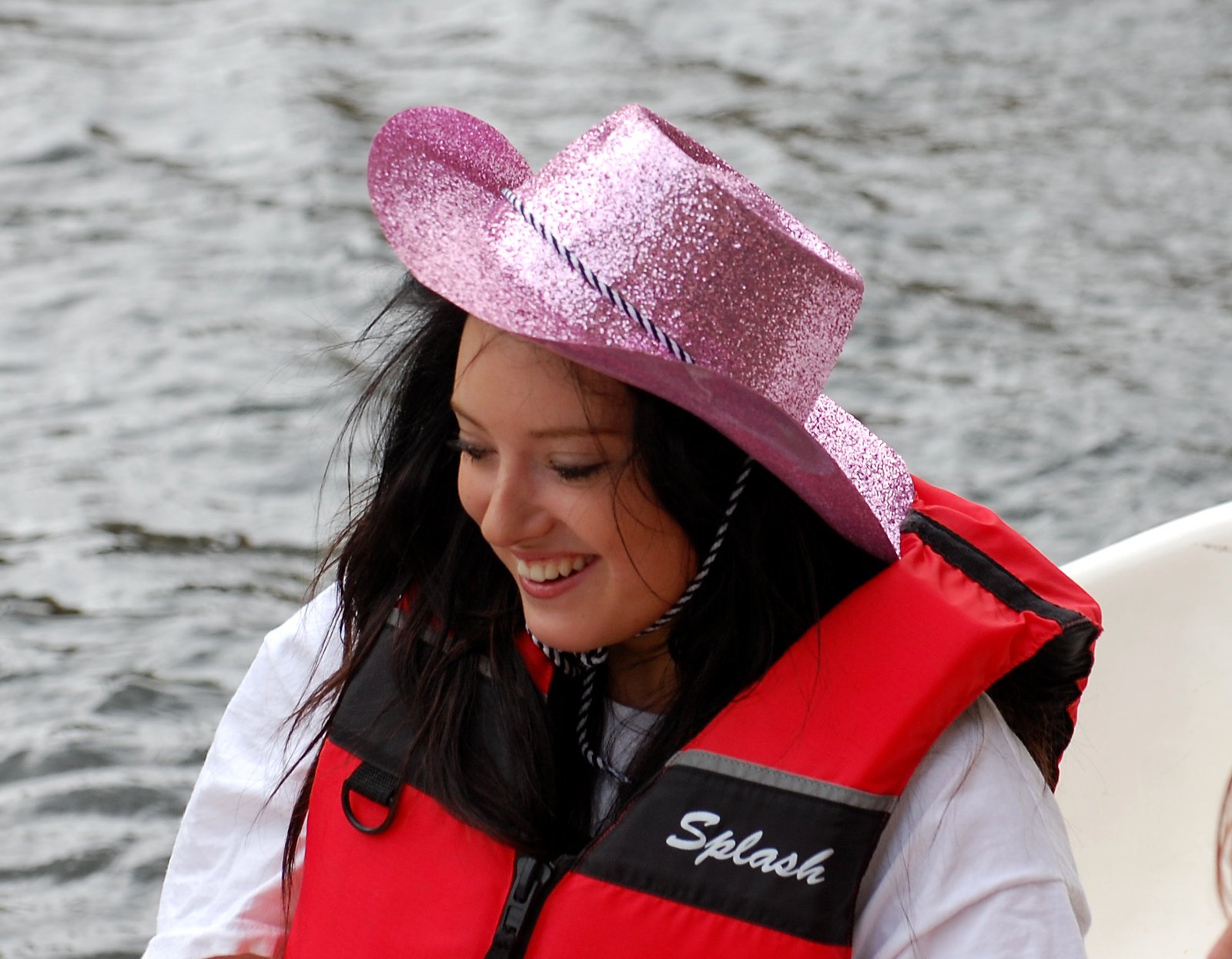 Steam in a pan with boiling water for 2 hours, topping up the pan as necessary to keep the level roughly consistent. If cooking earlier then reheating, reheat by steaming for 1 hour or nuking in the microwave for a few minutes.

Turn out onto a warmed plate and serve with custard. 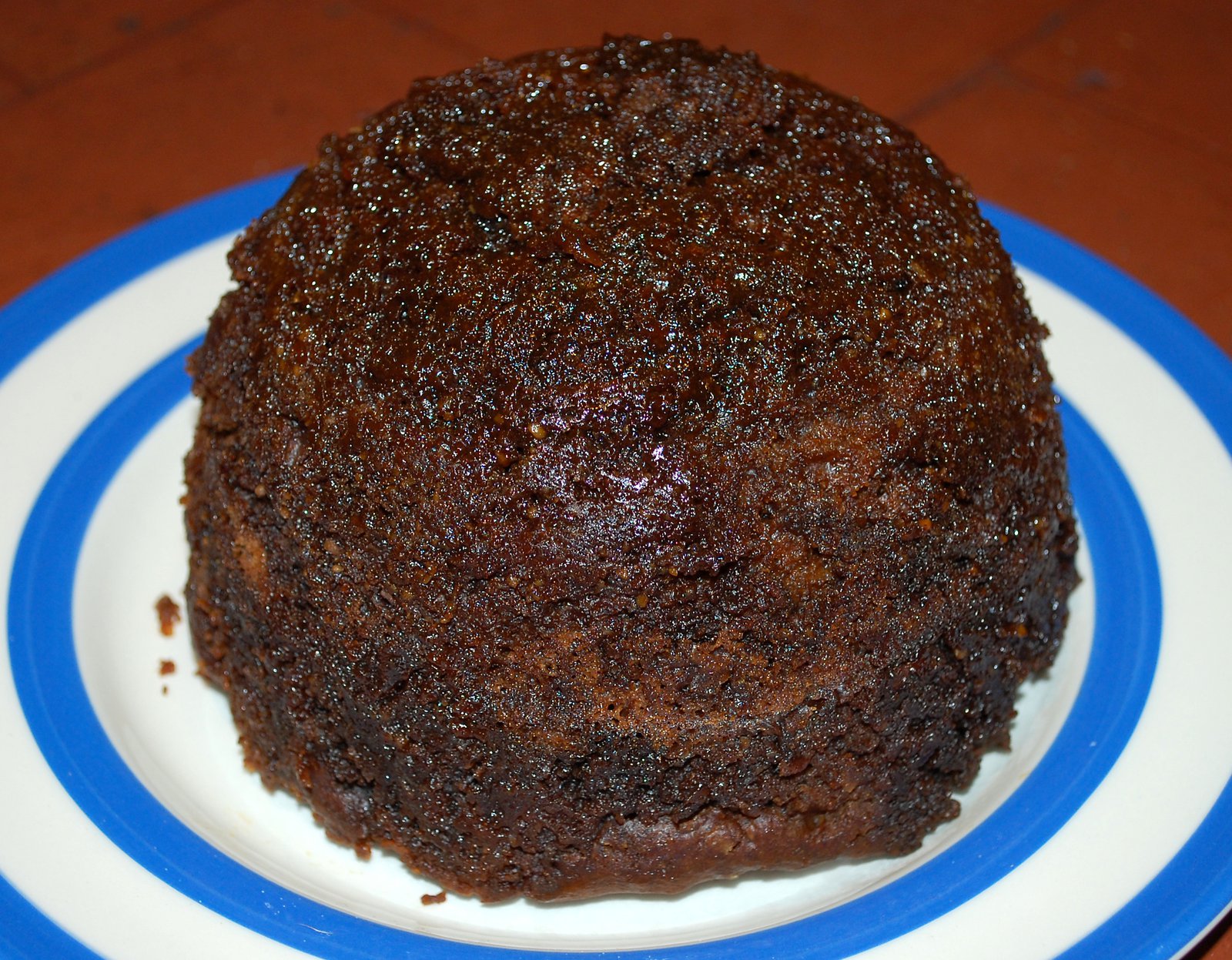 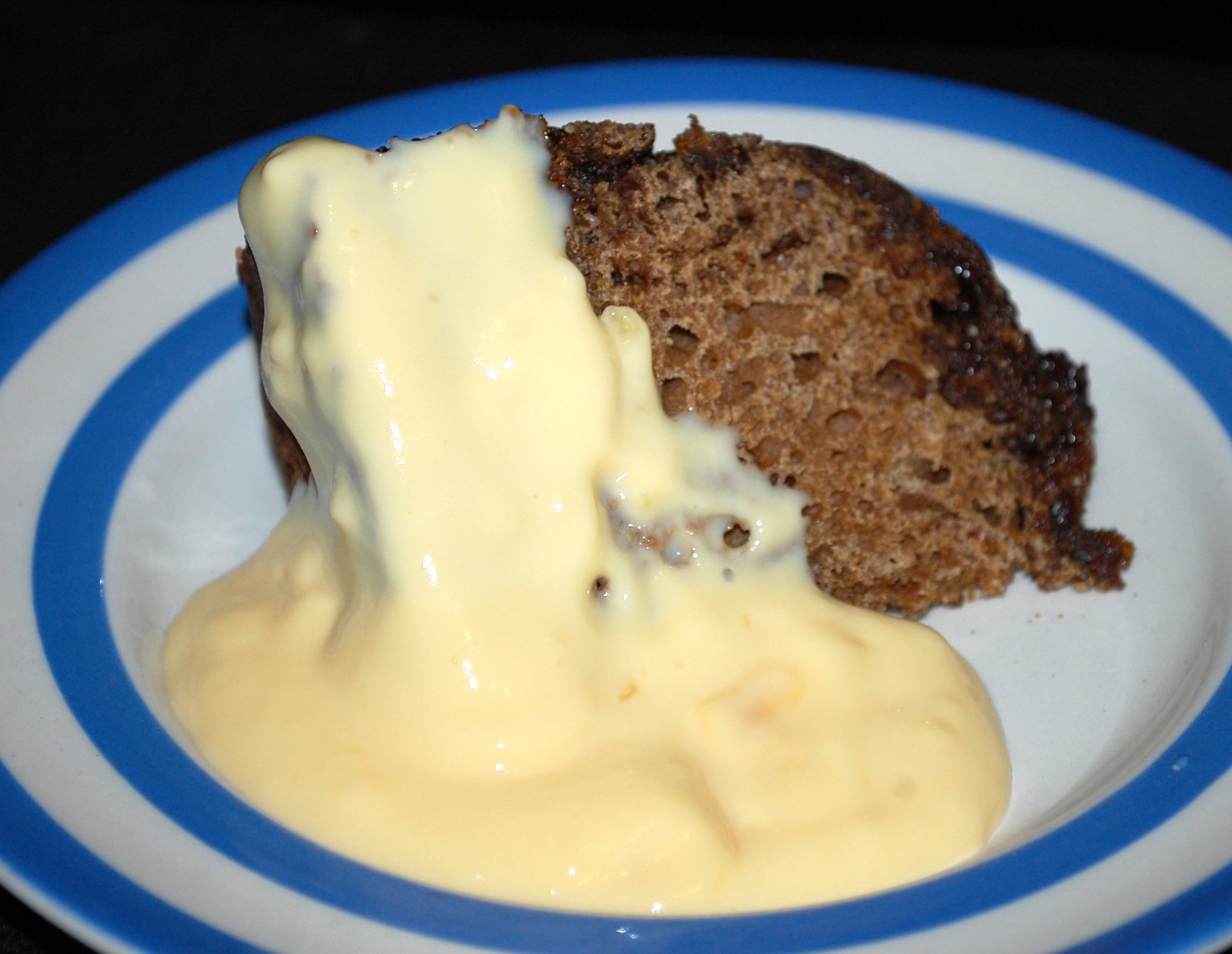