As part of my ongoing attempts to create Indian recipes that have some bearing on genuineness, I have been fiddling around with rogan josh ideas.  Rogan josh is a signature dish for British curry houses, but was originally a North Indian meat dish that harks back to the exotic meals of the Moghul Courts when luxury was about food that was lavish, plentiful and took time.  Time still remains one of the key ingredients of cooking, especially as we rush around trying to whip something up fast and furious to feed the kids quickly, rustling up whatever we can from a paucity of ingredients in the cupboard and fridge, that always means you are missing something, whether the saffron or the yoghurt.

In this version, I have not ended up with a recipe that is particularly red in colour as I have not used tomatoes or any colouring, save for some token beetroot powder which does not really keep its colour under the heat of your cooking.  If you want to redden the sauce, you can change the water for chopped tomatoes, but I feel that tinned tomatoes are used a little too readily and I have had enough of them at the moment.  Also, the original rogan joshes of the Moghul Era would not have had tomatoes available to them, even though by later times they  could have done.

So here you have it, my version of a traditional rogan josh from India to North Yorkshire and the web.  It tastes better if you give it a day to infuse, so prepare the day before and then leave overnight before reheating.  Another key feature is to get some lamb bones into the sauce as they impart extra depth of character to the curry. 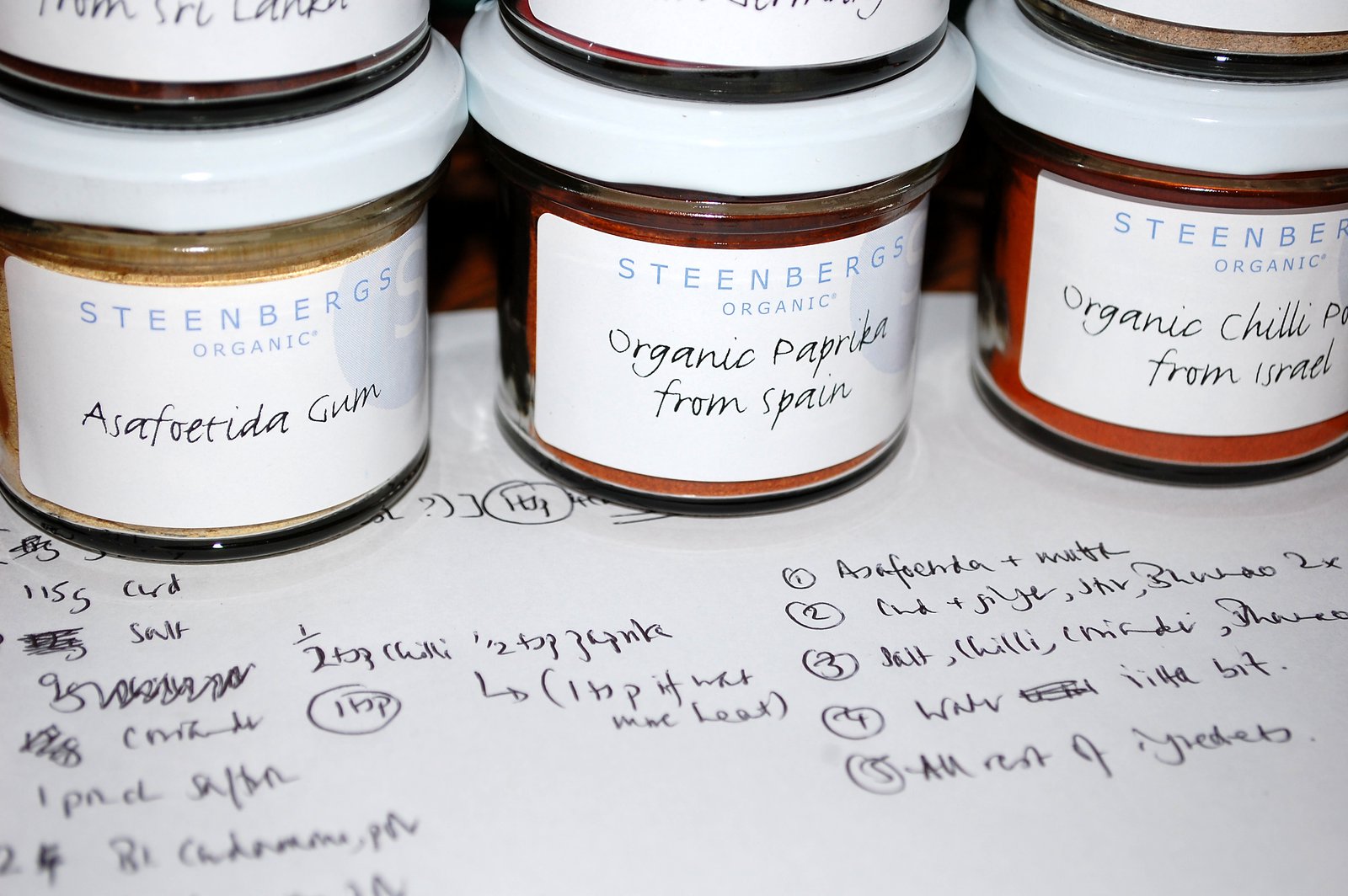 Heat the first amount of sunflower oil in a heavy bottomed frying pan then add the lamb and pinch of asafoetida, then cook until lightly browned and sealed all over.  Set aside.

In a heavy bottomed pot, add next amount of sunflower oil and fry the onions, garlic and ginger until translucent.

While the onions-garlic-ginger are frying, we need to prepare the spices for the rogan josh masala.  Heat a small frying pan to dry fry some of the spices.  When hot, add the coriander seeds, black peppercorns and cloves and dry roast for about 2 minutes; however, watch over them and ensure that they do not burn.  Remove them from the heat and grind in a mortar with a pestle or a coffee grinder.  Add the other ground spices, the black cardamom pods, cinnamon quills and bay leaf.  You can simplify the mix by using ground spices and just mix them all together. 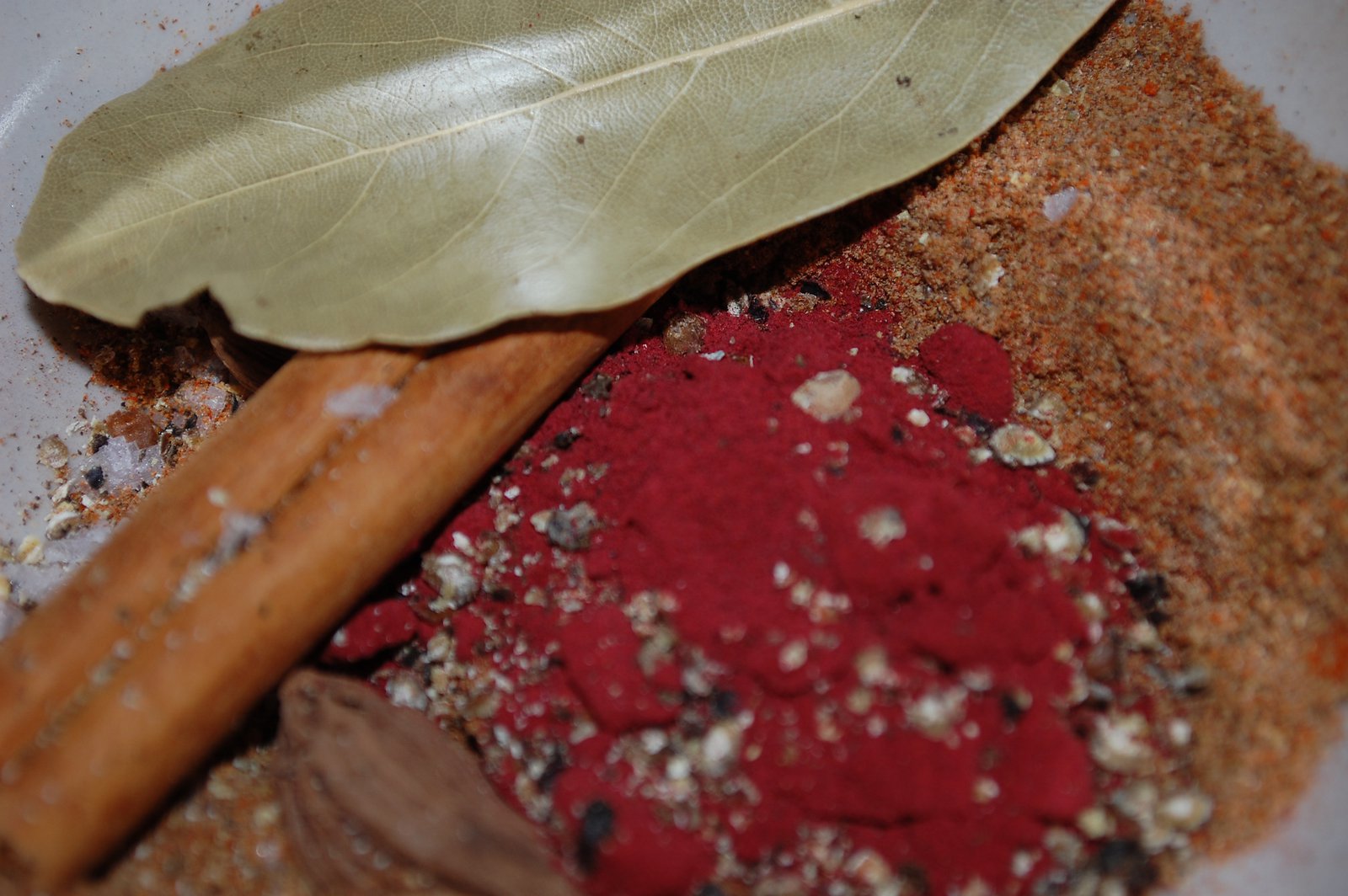 When the onion-garlic-ginger is translucent, turn down the heat and add the spice masala and throughly mix through, cooking gently for 1 minute.  Stir throughout as it can stick to the pot and then start to burn.

Add the yoghurt and mix thoroughly.  Place the top on the pan and heat up until just steaming, then remove lid.  Add the meat, then cover with just enough water to go over all the meat.  Bring to the boil, turn down the heat, place the lid on the pot and simmer for at least 1 hour.

Remove the lid, then add the saffron infused water and cook through thoroughly. 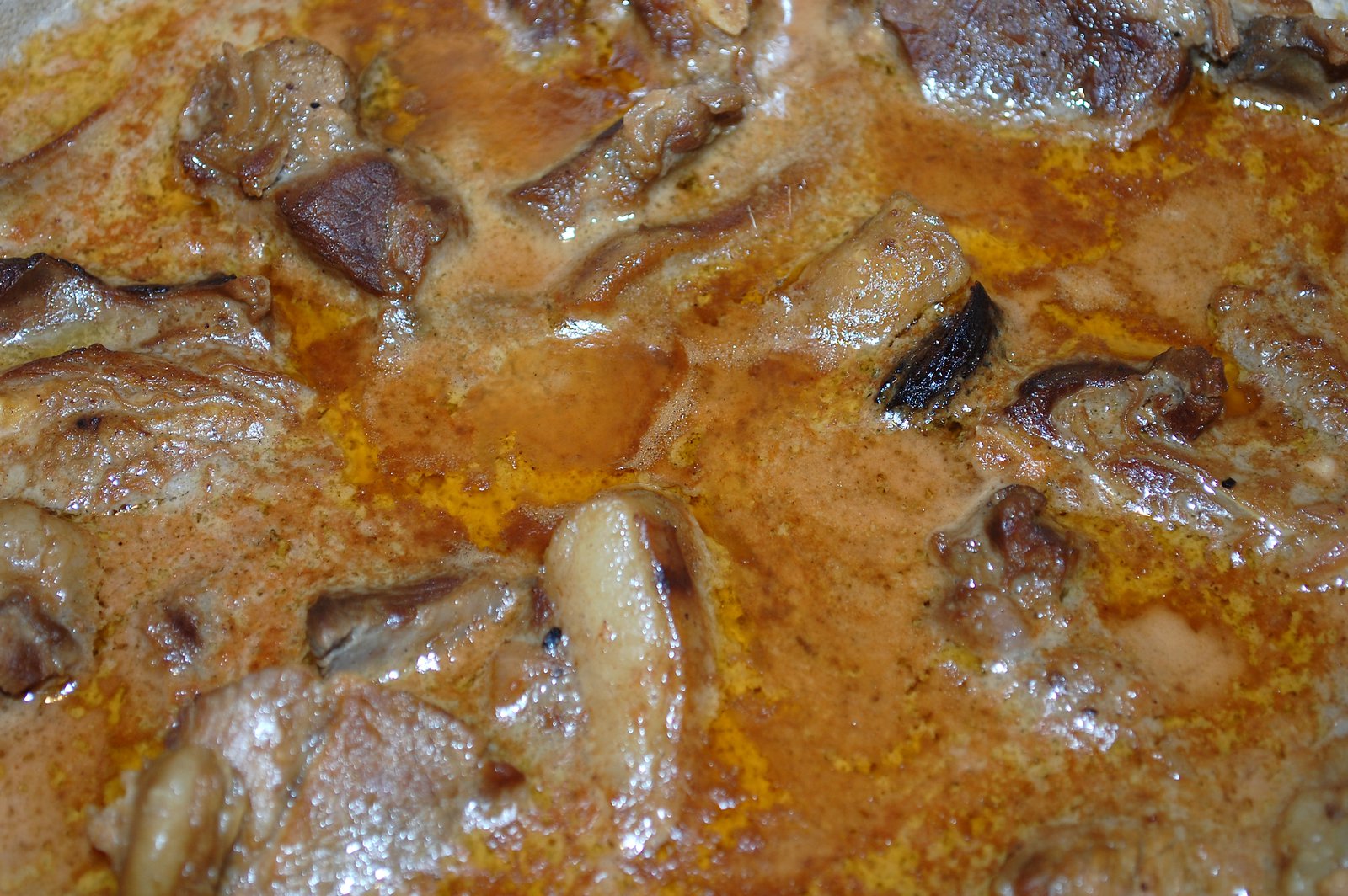 Ready to serve with rice and dhal, however I like to cook this on the night before then reheat the next day  - this gives a much richer, deeper flavour and lets all the spices really meld together.

Tips: you can replace the water with chopped tomatoes to give a redder colour, but sometimes I have just had too much tomato and quite enjoy giving it a miss in this version of rogan josh.  For posh nosh, remove the cinnamon sticks, bay leaves and black cardamom pods so no-one complains about chewing on one, but I quite like leaving them in for some extra authenticity and show everyone that you made this from scratch and not out of a jar.