Saturday, a cold Saturday a few weekends ago that felt like winter but was meant to be almost midsummer.  It felt like a good day to start trying to find the Steenberg family's favourite burger recipe.  We tried three recipes which we taste tested simultaneously and our favourite of these is one that's been flavoured with red onion, salt and pepper.  I will give you the recipe below, as well as the other ones that we decided weren't as good.  It's a start, but I don't feel that we have got much further than a first step on this quest - we like a burger flavoured with onion and some salt and pepper which is not much different from our standard family recipe for a homemade burger.

Our first cut of a burger recipe: 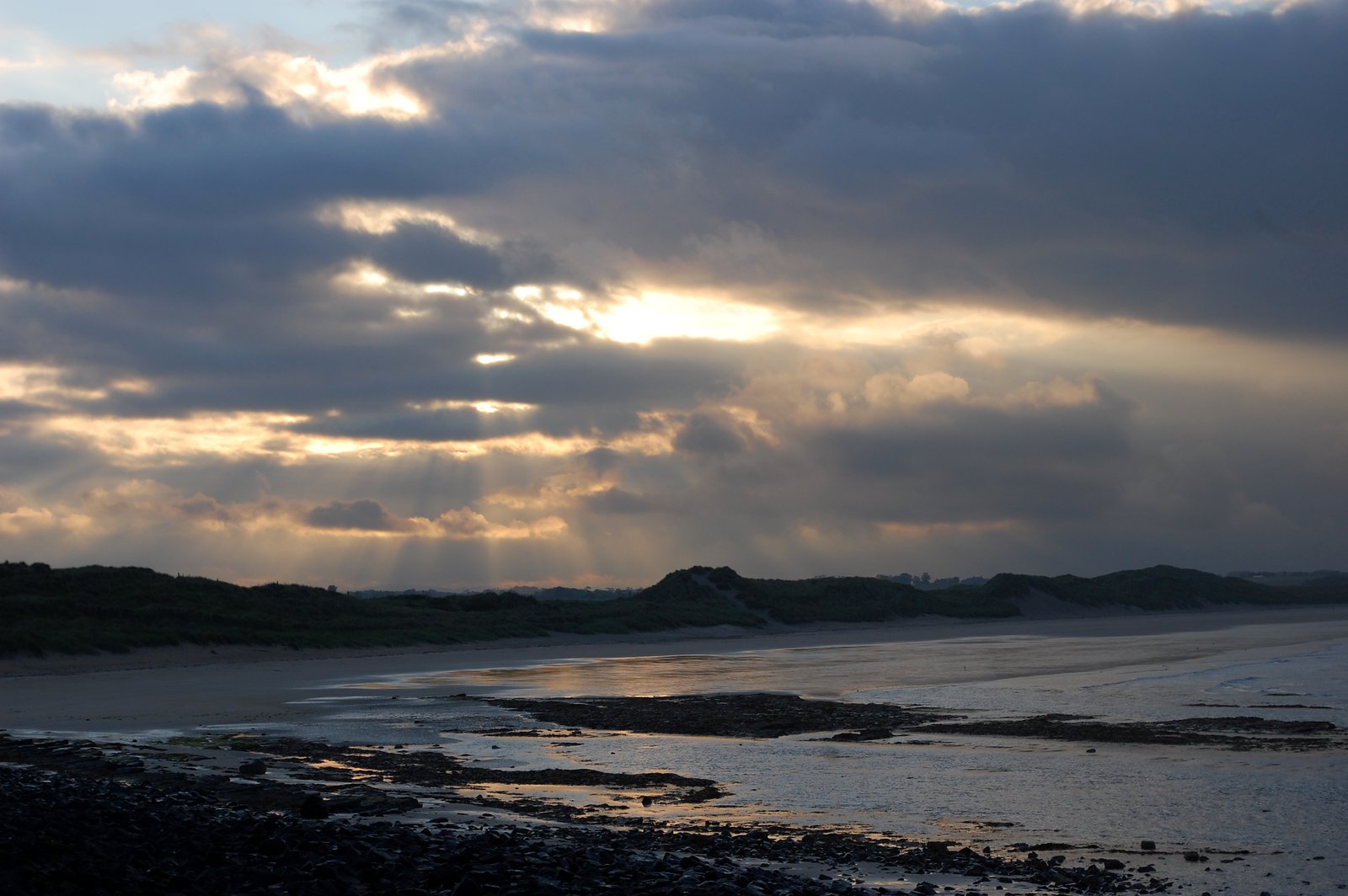 Take a frying pan, then put in a decent piece of butter and heat this up.  Add the chopped up red onion and gently fry for 10 - 15 minutes to lightly caramelise.  Remove caramelised red onion with fork or slotted spoon and leave to cool.  Add the sea salt and Steenbergs cracked black pepper until well mixed up, and cool down in fridge. 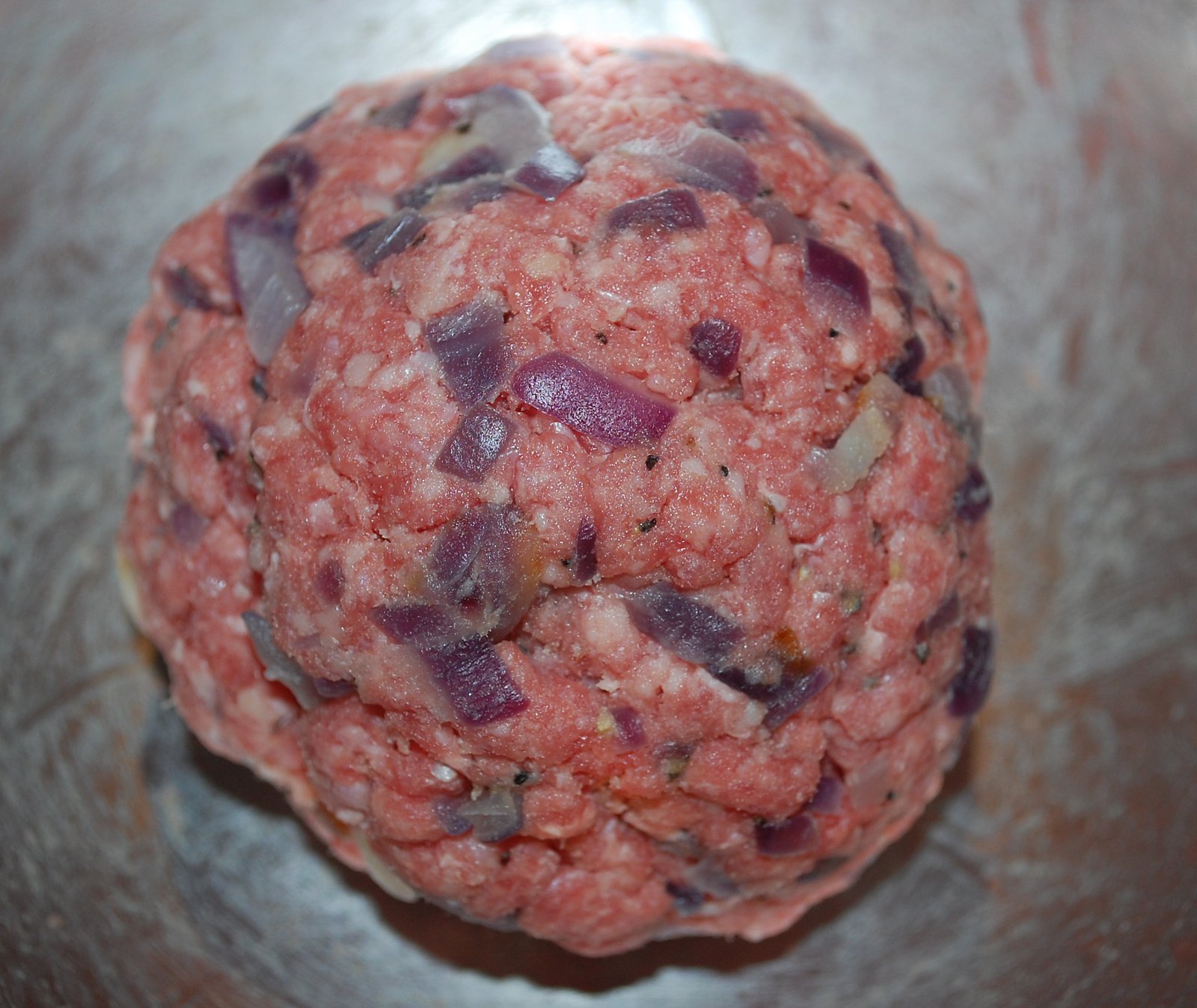 Put the beef mince into a mixing bowl and then add the red onion and seasonings.  With washed hands, mix the mince up thoroughly until all the flavours are well interspersed.  Roll up into ball, then cover bowl in clingfilm and put back into the fridge for about 1 hour.

Remove from the fridge, then divide the burger mix into three and shape each half into round flat burgers; I actually found a 8cm / 3 inch metal pastry circle that we had and put the meat into that to 2cm / 1 inch depth.  These were then covered with clingfilm and left in fridge again for 1 hour. 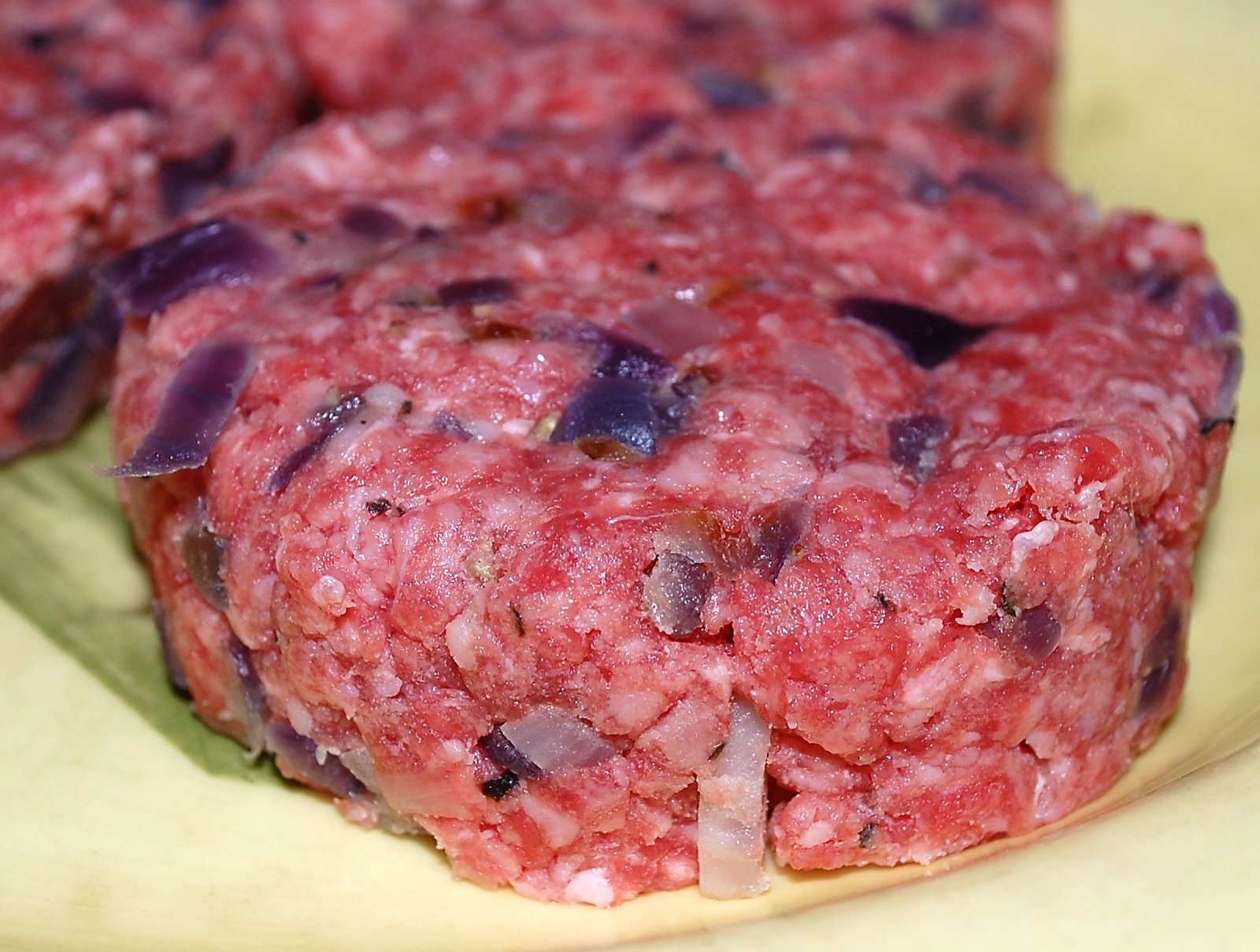 Leaving the burger mix in the fridge allows the flavours to infuse and spread through the beef mince.  You can skip or reduce the time that I took in this section by going straight to the shaped burgers and putting these into the fridge.  I would ask that you give the mix at least 30 minutes to let the flavours develop.

In a good, heavy frying pan, heat some sunflower oil until piping hot, then reduce the heat a bit.  Put in the burgers and fry until lightly browned on each side, or your perfect level of doneness.  For me, this takes about 3 - 4 minutes for each side.  Even though it's a health worker's nightmare, I am trying to leave the centre warmed but still red in the middle!  Leave to settle for about 2 minutes before serving.

We ate these plain as we were trialling the flavours, but serve with your favourite sauces and bread rolls.

Where to next, I think I will vary the level of red onion down a bit and see whether that's better; perhaps to more like 1 tablespoon of caramelised red onion to 225g meat.  After that, I will look at the seasonings in more detail as to whether I can add some flair to them over and above these basic flavours.

For information, the other burger recipes that we tried were the following mixes: