Go On Enjoy A Bowl Of Bitter Organic Matcha Tea

"A bitter pill to swallow" is a classic idiom of the english language that implies that medicine often comes in the form of a bitter pill, but that it is worth suffering that taste for the benefits that should flow.  Life has changed and many bitter pills nowadays have a sweet sugar coating.  This underlies an obsession with sweetness and sweet things, from sweets through to fizzy drinks.  Our life and nutrition is almost obsessed with indulging ourselves in sugar.  All-in-all I don't think we eat enough that is bitter anymore, except perhaps for bittersweet chocolates or mints or gin & tonic or angostura bitters.  But tea is a great way to get that flavour sensation, or spices like amchur, sumach and tamarind that are acidic-bitter, or even cooking with angostura bitters.

I have been fiddling around with our tea selection and the tea part of Steenbergs for some time now.  We relaunched our packaging style in 2010 and since then have been expanding the specialist teas in that range, with more changes still to be made over the next couple of years (slowly but surely at our own pace is the way we move).  As part of these changes, we have increased our selection of Japanese teas and one of the revelations for me has been Steenbergs Organic Matcha Tea, which is deliciously bitter, energising and yet contemplative. 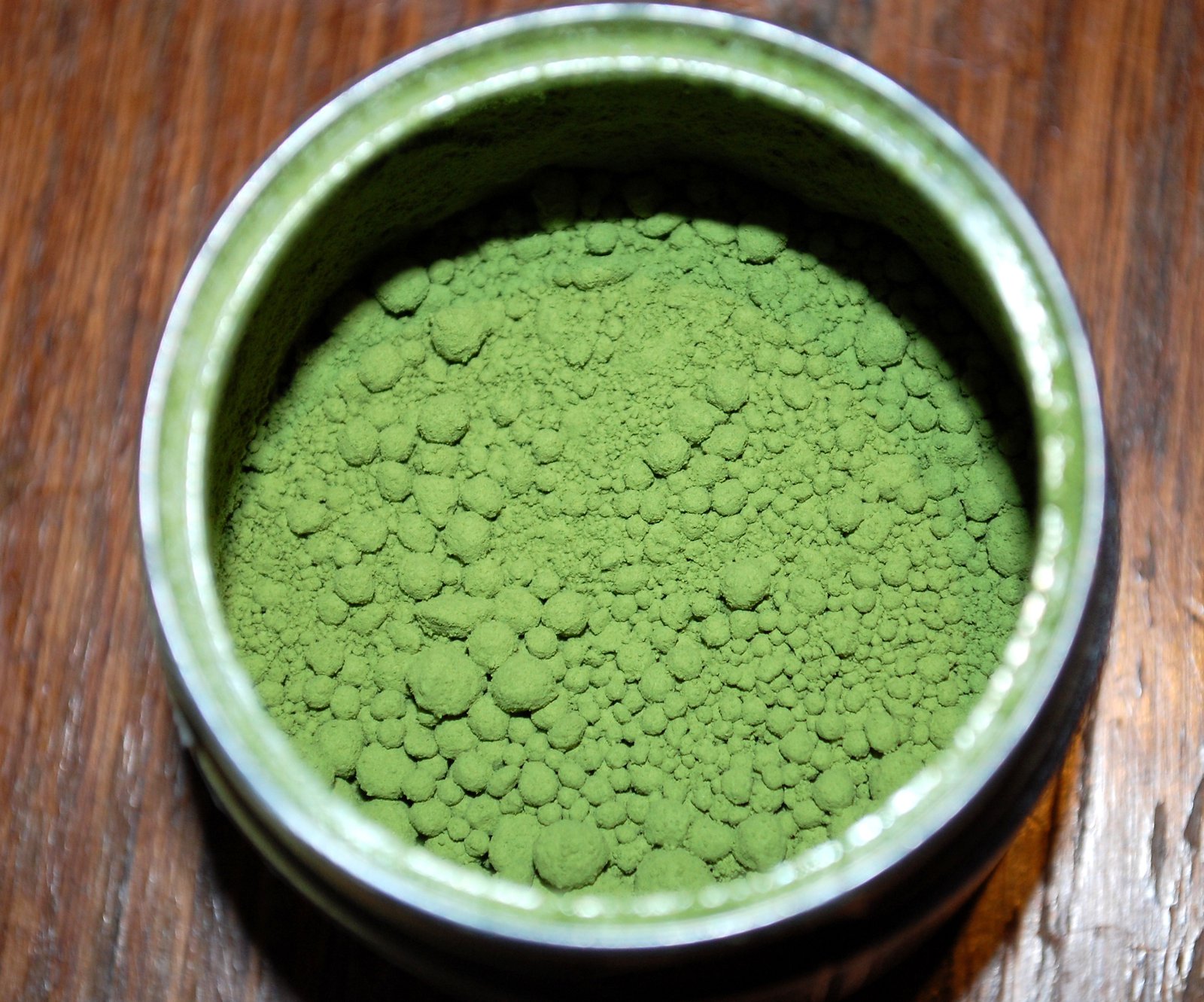 Matcha is a Japanese green tea that has been ground down to a very fine powder, so that you can drink the whole of the green tea leaves, suspended in hot water.  Other origins of matcha tea are now available, but Japan remains the real and best place of origin.  Matcha tea forms the centre of the Japanese tea ceremony, which revolves around the preparation of matcha tea in a calm, conducive and contemplative space in the home.  It is a peaceful environment that is full of ceremonial forms that brings a little bit of peace into our ever chaotic and dynamic world.

I took my matcha tea as follows: using an old tea spoon that I found lurking in a drawer I put a level spoon into the bottom of a rustic looking Japanese matcha bowl.  Onto this, I poured about 1 inch of just-boiled freshly drawn water, then using a bamboo matcha whisk gave it all a vigorous stir in a fgure of eight motion until it was well suspended into an emulsion of organic green tea particles in the hot water.  For a more expert go at this, here's a Youtube link on making matcha tea (actually I was not much different in the method I used). 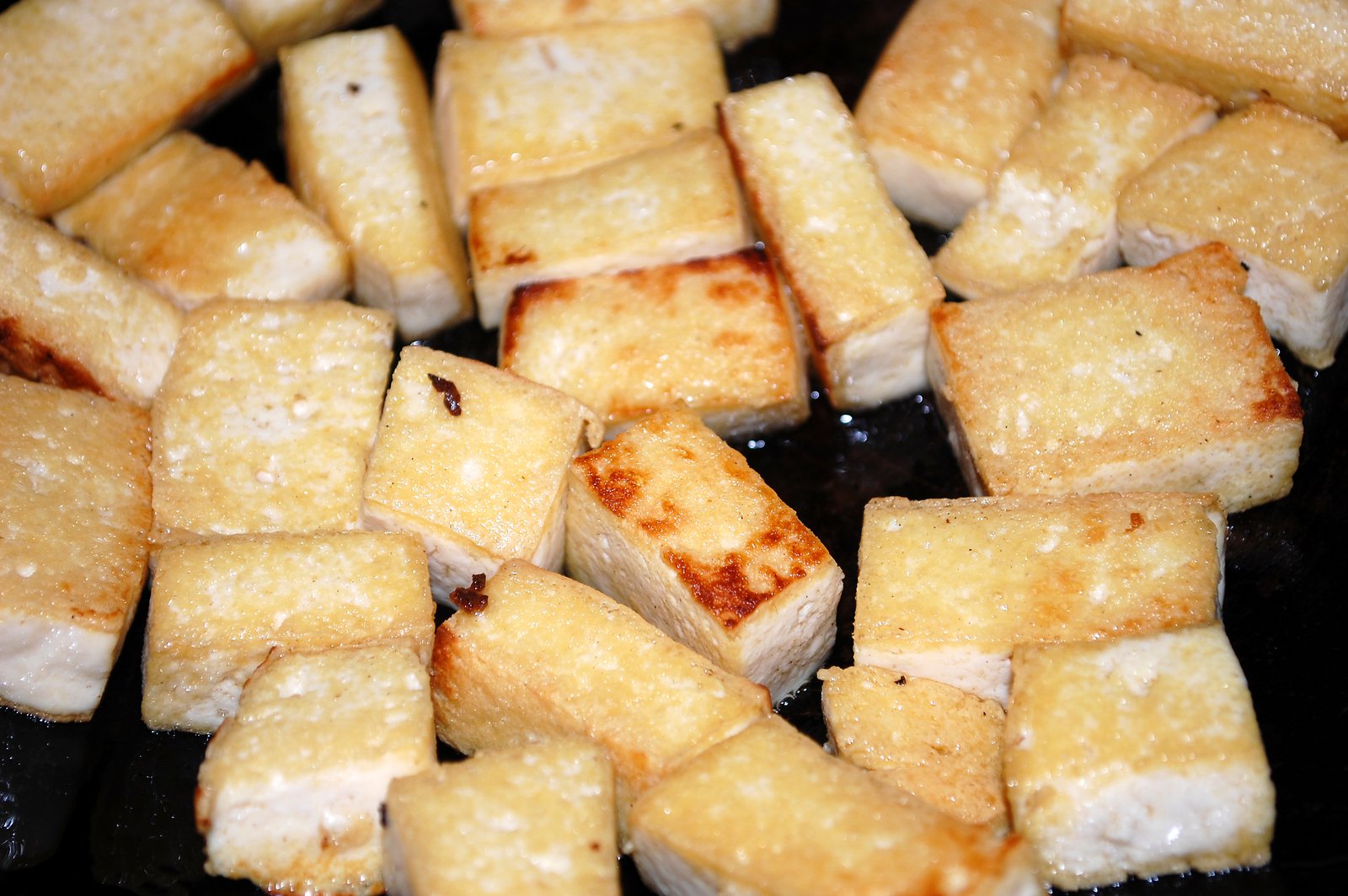 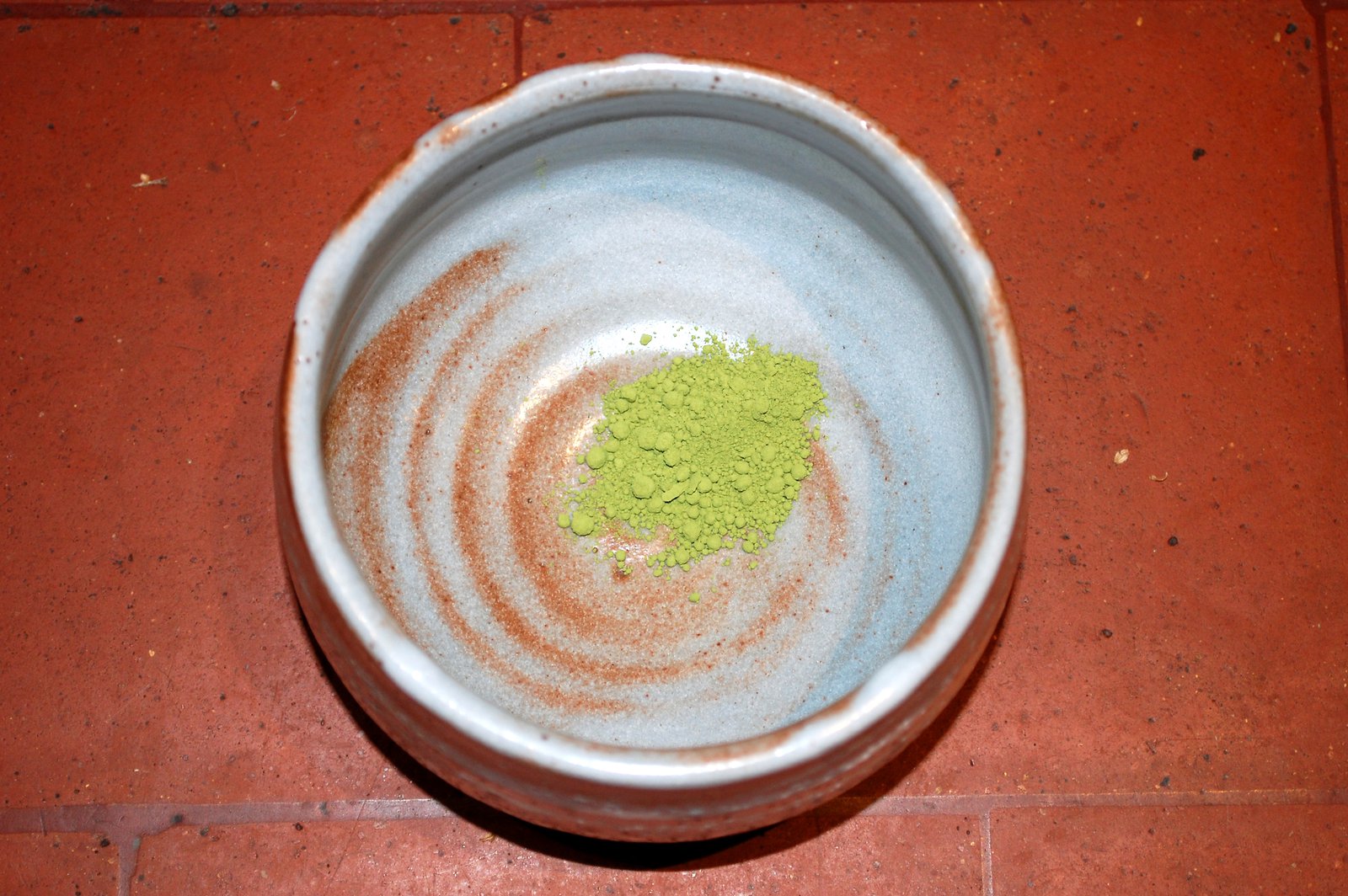 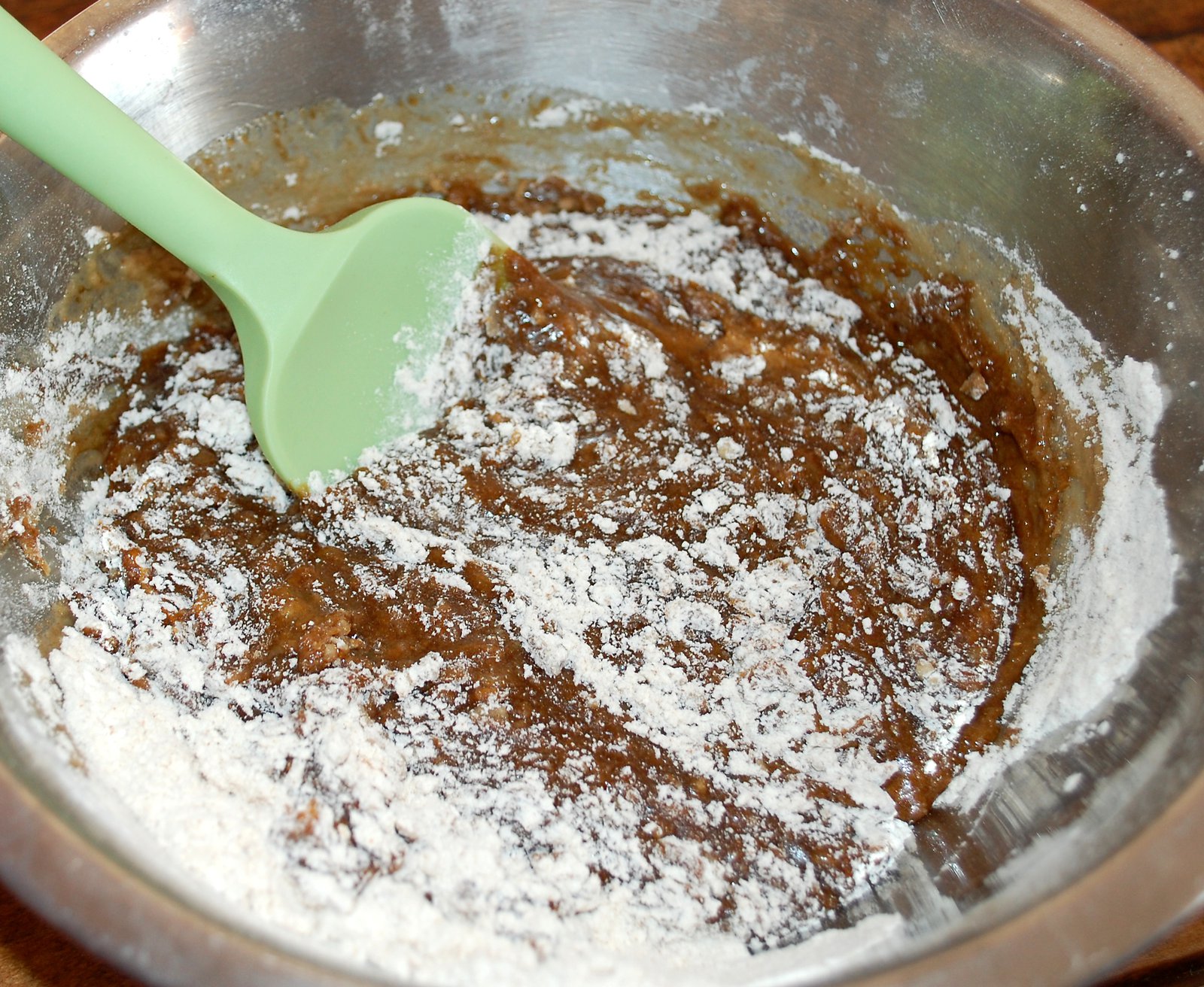 Then I sipped the tea quietly and thoughfully.  The first time I found the tea really quite bitter and acrid, but with practise my whisking is getting better and the tea is beginning to develop a more herbal, grassy freshness after the bitterness of those first few shots. 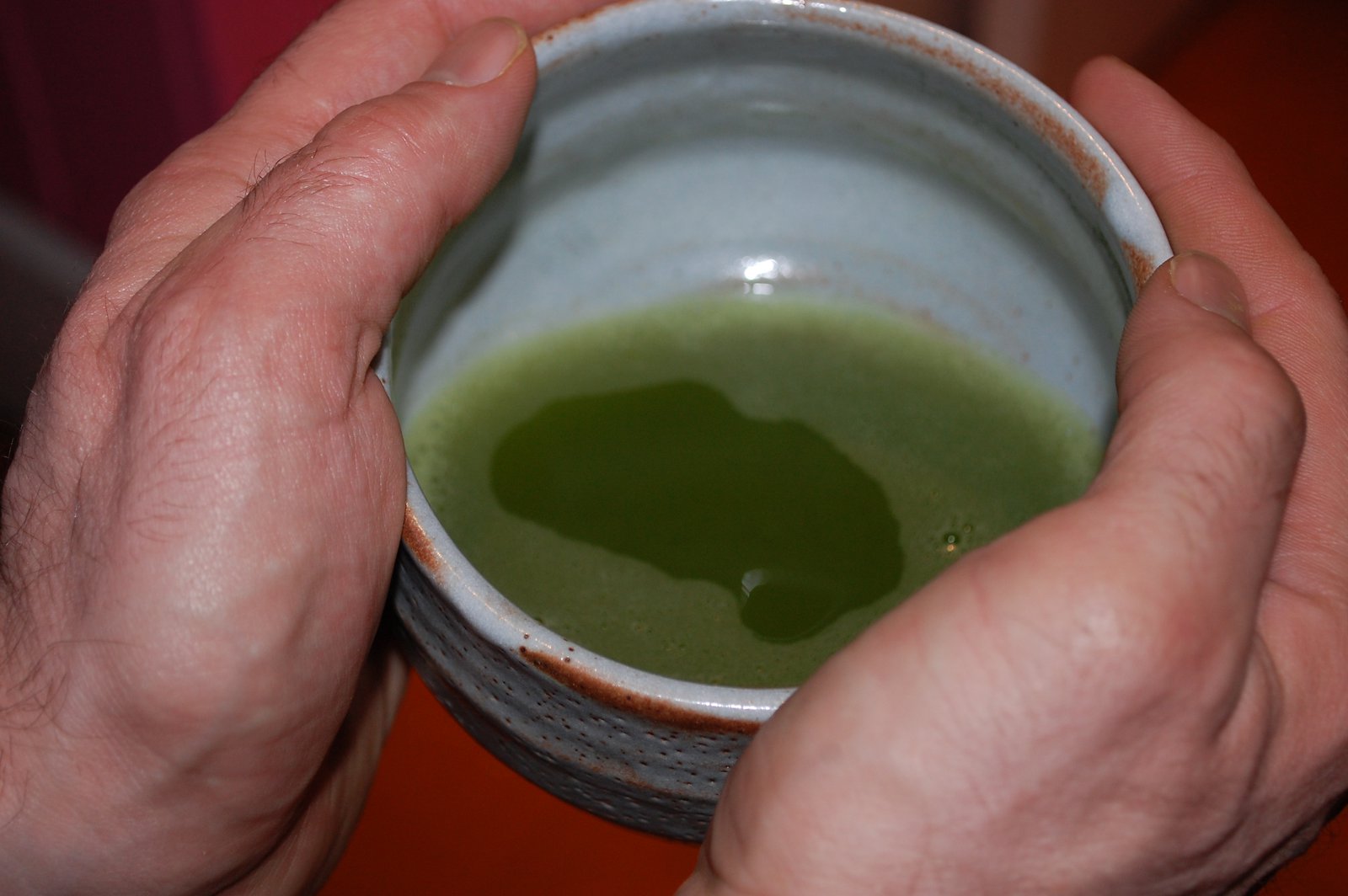 What does it feel like?  You get a energising buzz from the tea rather like drinking 5 or 6 cups of tea rather than just the one smallish bowl.  And the whole rigmarole of preparing the tea, with concentrating on the mixing it up and so on, is remarkably calming.

And then there are the benefits of drinking matcha tea.

There is evidence that suggests that green teas are full of antioxidants that are good for you and that matcha tea is chock-full of these, with some 137 times more antioxidants and catechins than normal green tea (the researchers used Starbucks Green Tips as comparator) and more antioxidants than fruits like blueberries, goji berries, orange juice (70x more) and spinach.  Matcha also has high levels of important amino acids, minerals, vitamins and other nutrients.  Matcha is great for your energy levels, being full of theophylline and l-theanine (sold as an anti-stress treatment in Japan), which can work together to give your body an energy kick of up to 6 hours.  There's, also, a report that suggests that green tea aids your general metabolism with matcha tea boosting it by 30-40%.

So why the benefit?  Firstly, it may be that matcha tea is grown in 90% shade unlike other teas that are grown in more direct sunlight.  Secondly, it is that the whole green leaf is ingested rather than just the liquor from it, i.e. you get the whole benefit.  You could eat other green teas perhaps and get the same benefit: teas do make a good flavour component for cooking and all you need to do is grind down the leaves in a coffee grinder and then you can get the colour and flavour distributed through your foods, so it does not just need to matcha.  There's a good introductory recipe for cooking with matcha at Fuss Free Flavours for Vegan Matcha Muffins.

Some references on matcha tea:

"Using a mg catechin/g of dry leaf comparison, results indicate that the concentration of epigallocatechin gallate (EGCG) available from drinking matcha is 137 times greater than the amount of EGCG available from China Green Tips green tea, and at least three times higher than the largest literature value for other green teas." (Weiss, D.J. and Anderton, C. R, Journal of Chromatography A; Sep 2003, Vol. 1011 Issue 1/2, p173, 8p)

"One of the most intriguing properties of green tea has been its proposed chemo-preventative effects.  For example, Imai and co-authors studies 8552 Japanese men and women and found a negative relationship between green tea consumption and cancer incidence.  Tea drinking has also been found to decrease the concentration of biuomarkers for oxidative stress after smoking.  One possible explanation for this effect is that polyphenolic compounds show good inhibition of proteolytic enzymes such as urokinase which cancers need to invade cells and form metastases.  More recently, Fujiki and co-authors demonstrated the inhibition of tmour necrosis factor-α (TNF-α) by epigallocatechin gallate (EGCG) found in green tea. This cytokine is required for tumour development and the inhibition of TNF-α is believed to be one of the most important activities of EGCG in green tea." (Weiss, D.J. and Anderton, C. R, Journal of Chromatography A; Sep 2003, Vol. 1011 Issue 1/2, p173, 8p)

"Health benefits: With its extremely high levels of the cat-echin epigallocatechin-3-gallate, green tea may help prevent practically everything from sleep apnea and psoriasis to breast cancer, recent studies suggest. Researchers in Japan recently concluded that drinking five or more cups of green tea per day could lower your mortality rate by up to 16 percent." (Kadey, M.G., Natural Health, 01/12/2008, Vol. 39 Issue 1, p39-46, 6p)