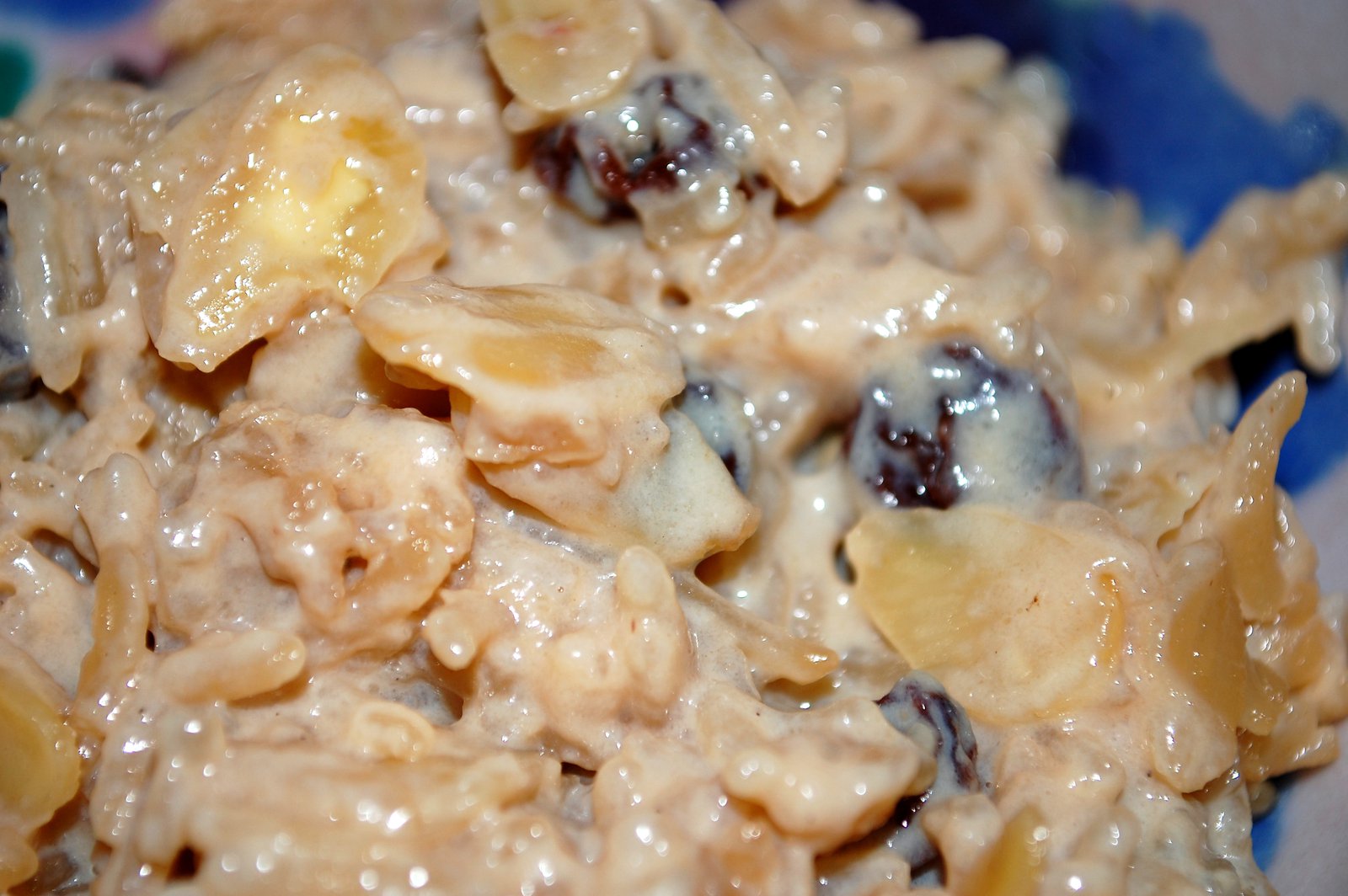 For pudding with my Imperial Korma, I made Indian Rice Pudding.  I love rice pudding and I love the Indian versions, especially Pal Payasam which is the traditional Keralan recipe; these use basmati rice which has a firmer mouth-feel than arborio rice, which is used for a typical English rice puds.

In Kerala, you would flavour it with cashews as they are grown all over Kerala, including by my friends at Elements Homestead; however, the other day I did not have any cashews to hand so I used flaked almonds which worked really well (cashews are rarely in our storecupboard, but almonds always are).

As it is an Indian rice pudding, I wanted to add an extra flavour element to the rice pudding and decided to infuse the milk with tea and I actually used one of our chai teas, which I make using a Keralan black tea from the POABS Estates near Nelliyampathy together with Fairtrade spices that are indigenous to the region.  You do not need to use a chai tea (or tea at all for that matter), but I suggest you should use light and flowery teas rather than strong ones, so a Nilgiri Black Tea or a Fine Darjeeling would work well, but I do not think a malty Assam or Kenyan tea would be right as those flavours will come through too strongly.

In a milk pan, warm the milk to just below boiling point; you will see bubbles just appear at the edge of the milk just by the pan edge.  Take off the heat and add the tea to the milk, stir in and leave to infuse for 5 minutes, then strain out the tea leaves by pouring the milk through a sieve.

Wash and drain the rice twice.  In the saucepan, reheat the ghee/butter and lightly fry the basmati rice for about 1 minute being careful not to let it stick or burn.  Add the tea-infused milk and stir into the rice; heat to just below boiling point, stirring all the time to stop it sticking on the base of the pan and so burning.

When the rice is nearly cooked with an al dente bite, add the sugar and stir it in until it has dissolved and the rice is throughly cooked.  Add the fried almonds, raisins and cardamom powder, stir right through and gently cook for about 2 minutes longer.

Serve hot, with cream or milk if you want.