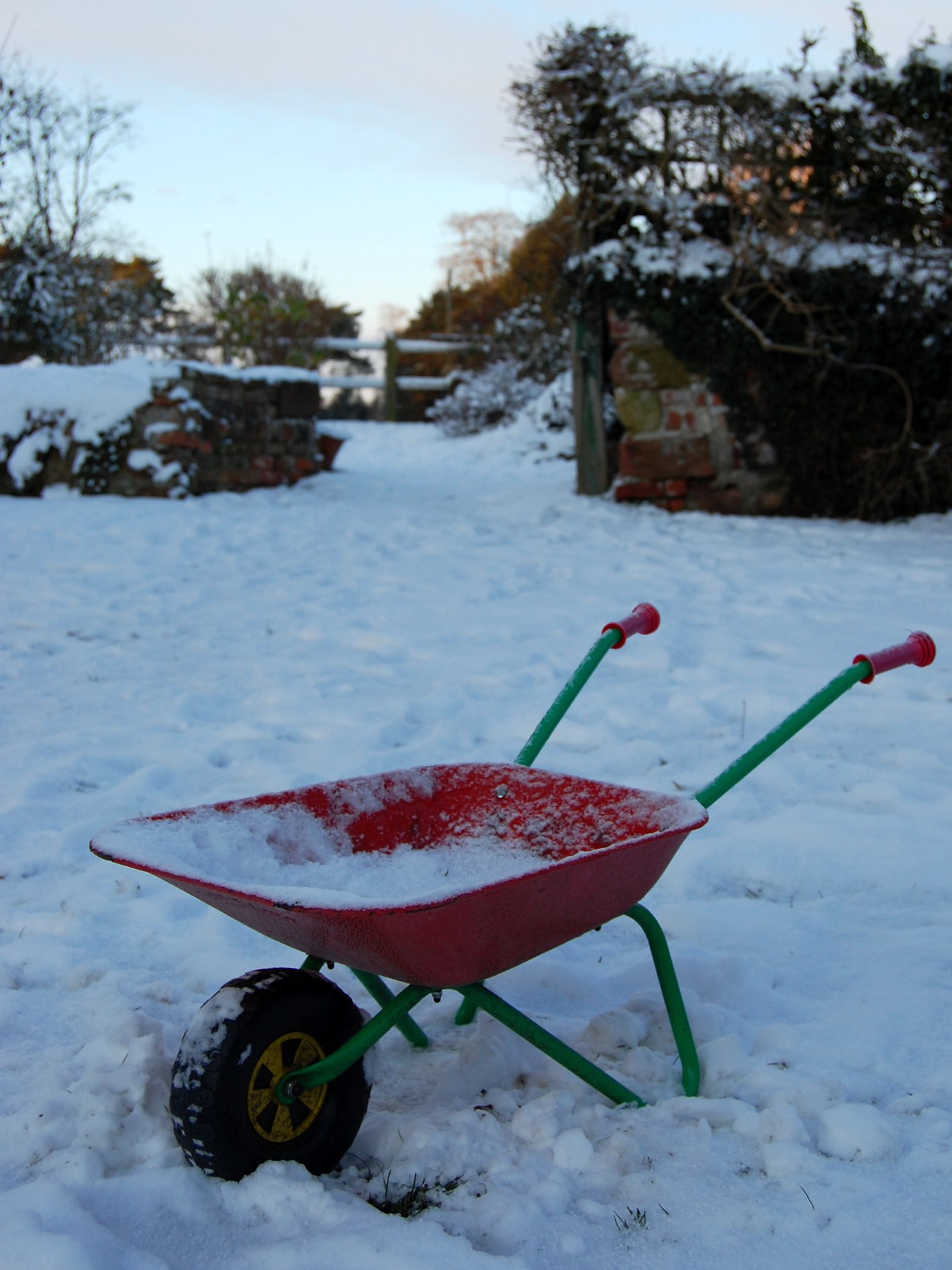 It did not snow last night in spite of predictions, but it was so, so very cold.  The snow outside is now crunchy under foot as the top has frozen solid; as you potter along, there's that lovely crunchy sound.  Our windows were all covered with those beautiful fern-like frost patterns as if Jack Frost himself had painted the windows with his paint brush.

A day to hunker down and enjoy some mince pies.  We made the mincemeat back in our 29 October blog, but you can use any recipe or a good shop-bought mincemeat.  If you use another recipe, Mrs Beeton's is a classic but I find it a little too sweet for my tooth.  But I implore you to make your own pastry.

75g/ 3oz lard, chopped into cubes (lard makes the pastry softer, but you could replace this with more butter) 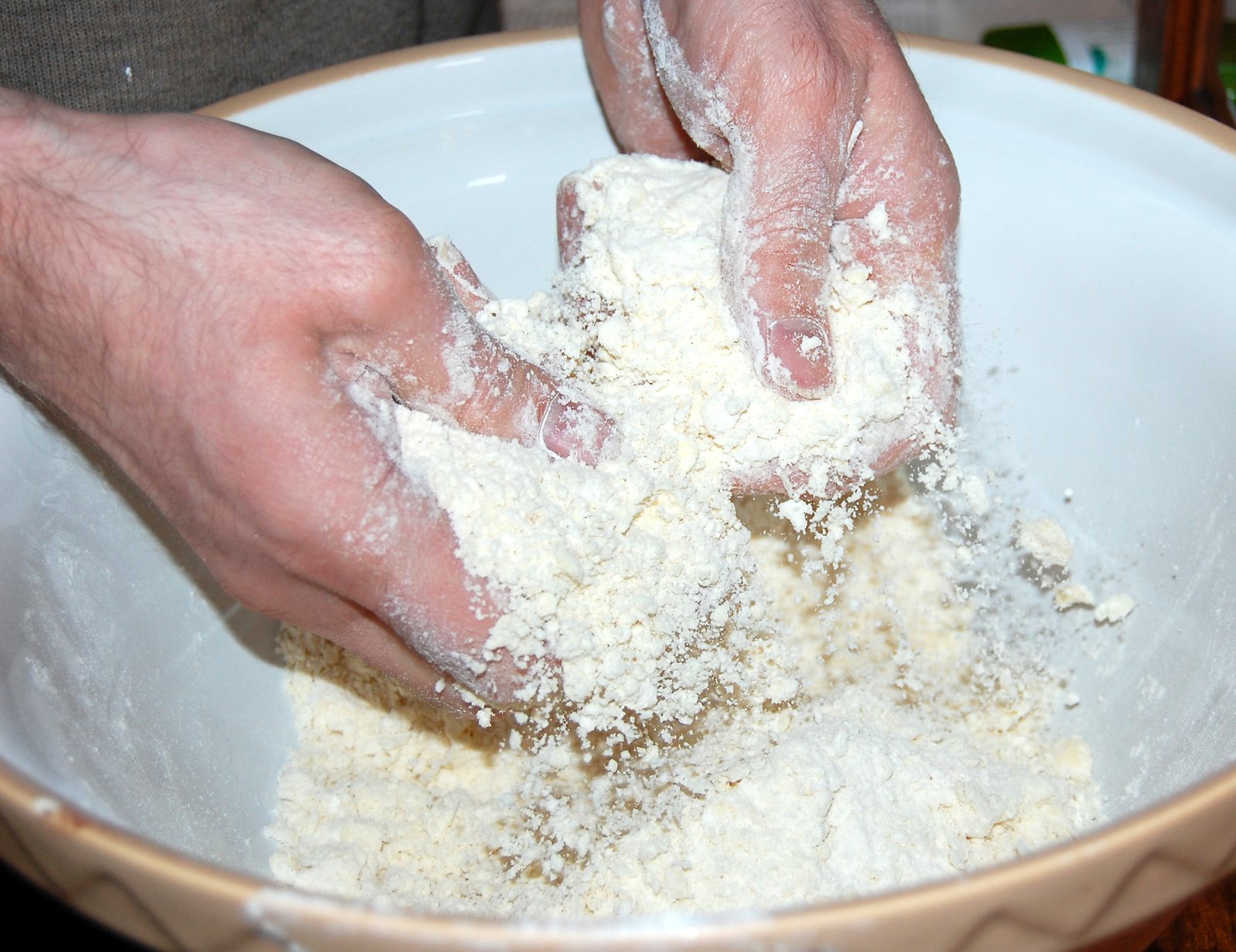 To make the pastry, sift the plain flour and sea salt into a mixing bowl.  Rub the fats into the plain flour until it starts to resemble fine breadcrumbs.  Add just a smidgeon of cold water in small amounts until the dough just leaves the mixing bowl clean.  Leave the pastry to rest in a poly bag in refrigerator for half an hour (30 minutes).

After it's settling time, put the oven on to 200oC/400oF.  Cover a board with a small amount of flour and roll out half of the pastry as thin as possible and cut into 7½ cm (3 inch) circles; afterwards, roll out the other half a thin as possible and make smaller rounds of 6cm (2½ inch) in diameter.

Lightly butter or oil a tray of 6cm (2½ inch) moulds.  Line the moulds with the larger rounds and then fill these with mincemeat to the level of the edges of the pastry.   With a little bit of cold water, gently dampen the edges of the pastry and cover them with the smaller pastry rounds and press them together with your fingers to seal the pies shut.  Brush the tops lightly with the milk and cut 2 or 3 holes into the tops with the end of a sharp knife.

Bake in the oven for 25 - 30 minutes until lightly brown.  Cool slightly in a tray and sprinkle with icing sugar.  I love eating them straight from the cooling tin. 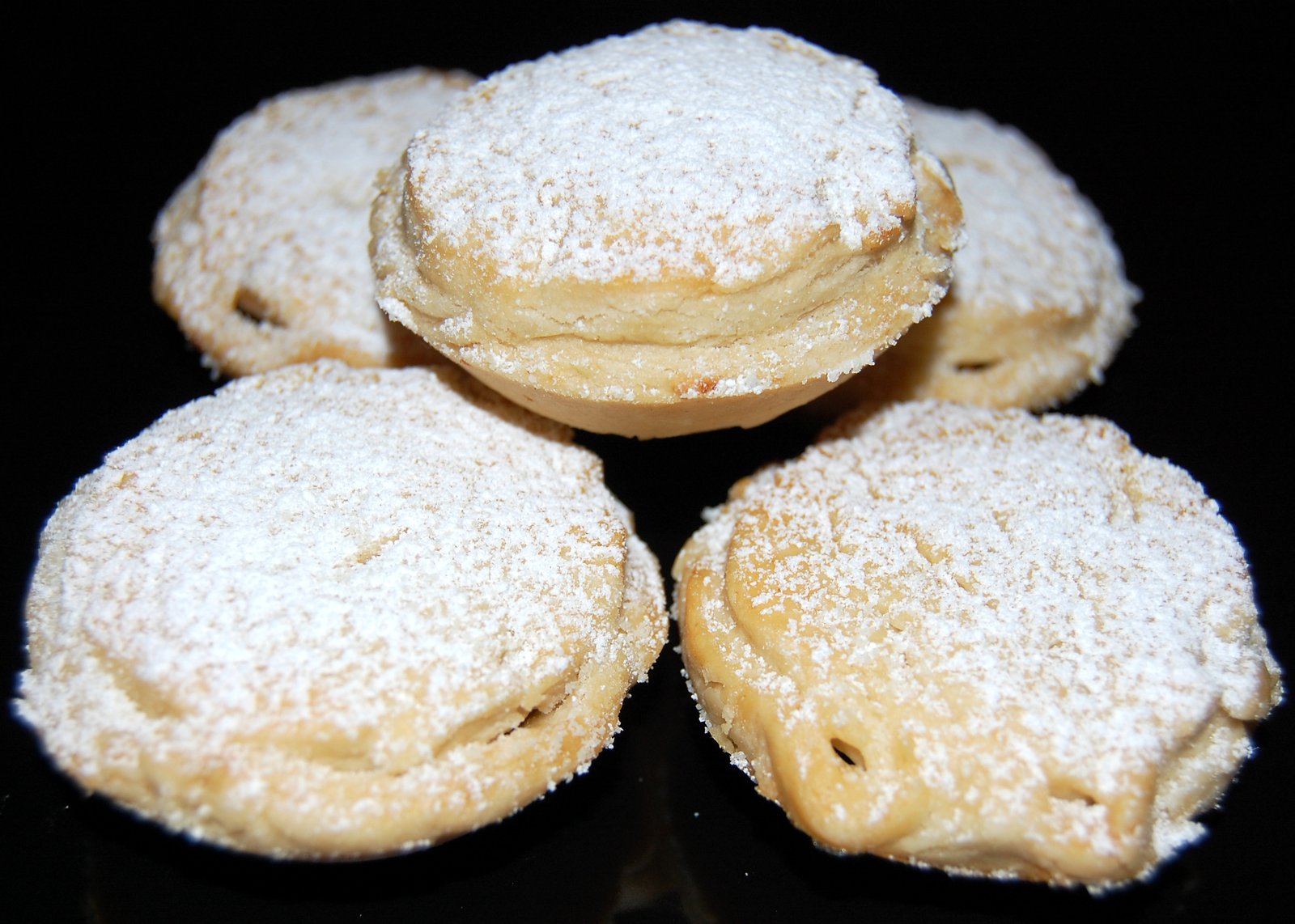 Supposedly my grandfather would take the tops off and put in some more whisky to liven them up a bit more, while Sophie loves to eat hers with brandy butter.