The snow may have gone but it's cold, dreich and miserable.  But after a manic Christmas, it's given me time to do some of the boring, but necessary, things of business life - stocktake inputting, stock valuation and pricing review, plus I've just done the first cut of our Q4 2009 Fairtrade returns which will keep them happy.  I've still got to do stock reconciliations and new price lists - most things are going to stay the same price.

But on the upside, I have been able to do some of tastings and stock reviews that I have been wanting to do since October/November last year, and you will start to see some of these additions and tweaks to our product range over the next couple of months.

One of the key things we will be doing is going back to our roots - Steenbergs as your secret ingredient, the place to find those things that you just cannot find on the high street, a place for the exotic ingredients that dreams are made of.  Somehow we want to get the excitement of finding these mysterious ingredients onto our web site experience and not just in my mind, mad that it already is.

So we will introduce a new concept for us of web exclusive products, which are lines that we will not sell to retailers or Ebay customers of ours.  These are the wacky products that we have spent a lot of time and effort to track down, so we don't want other people to get the benefit of our hard work. 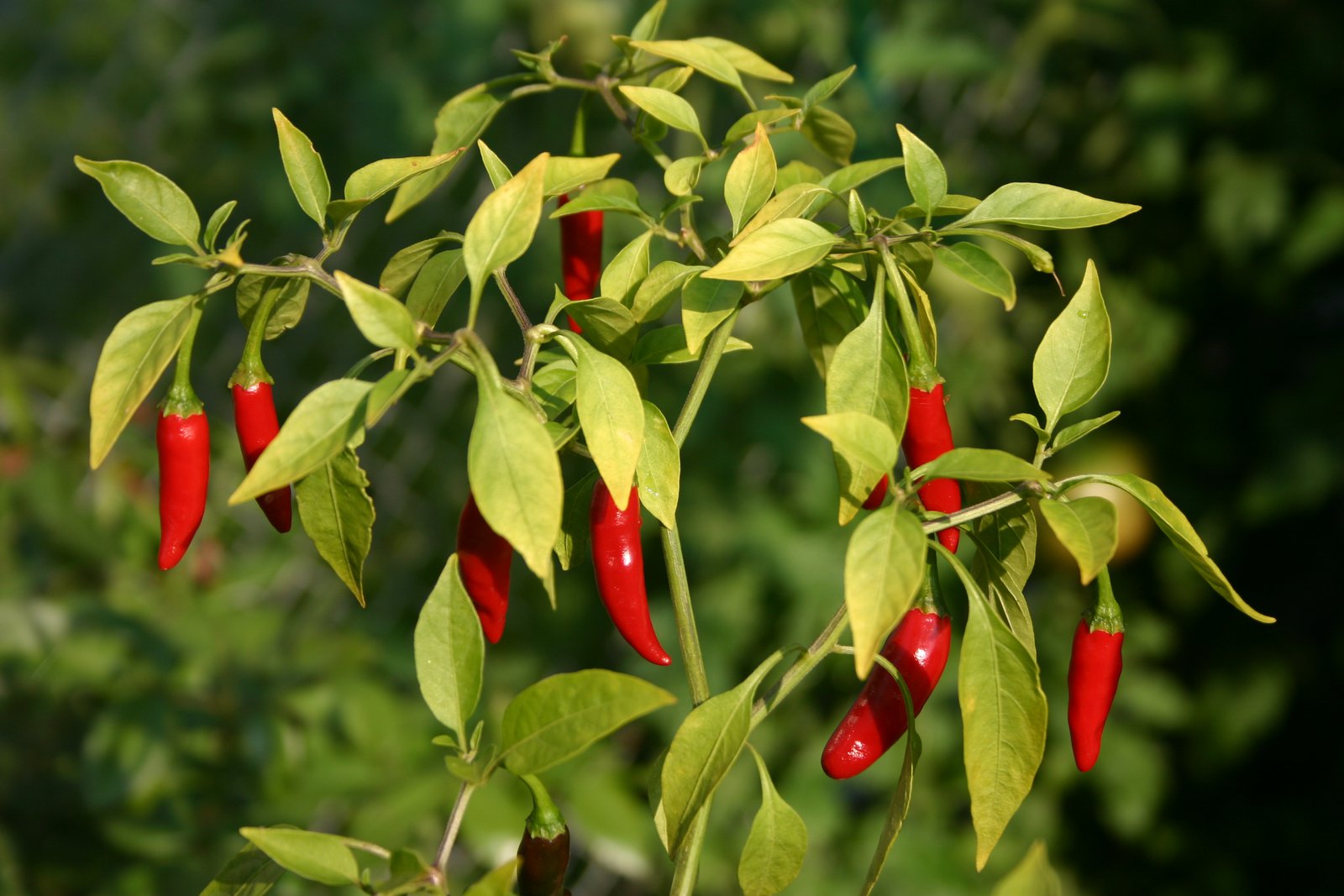 As a start, we have begun by widening our range of chilli products.  We used to have quite a good range of these, but our supply chain wasn't very good, and we also were concentrating on building Steenbergs raw materials activities and trying to build on success with retailers.  Perhaps we went awry and too far away from our roots, i.e. away from being good, old fashioned spice merchants!

So for chilli heads, we now can provide a wider range of chillis:

Ancho chilli: this comes from Mexico and is chile poblano ripened and dried.  A great quality ancho chile is flexible and neither damp nor dried out.  It is a deep red (although they can get really quite dark, blood red) with a wrinkled shiny skin - it's 11cm long and 7-8cm wide.  Ancho chiles have a sweet, fruity, slightly acid flavour and while generally they are mild, they can shock you and be individually very hot.

Bird's Eye chilli: these chillis come from Uganda and are sometimes called pili pili or peri peri chilli and I've even heard it called mistakenly Devil's Penis chilli and is probably related to chile pequin.  They are bitingly hot with a Scoville rating of 135,000SHUs and have a flavour that's reminiscent of dry hay.

Hungarian cherry chilli pepper: these are your classic chilli for making goulash.  They are packed full of flavour yet are quite mild with a bit of heat at 10,000 SHUs, so they're like a mildy hot paprika.  Hungarian cherry peppers are traditionally smoked and are a deep tobacco brown in colour.

Chilpotle chilli (or more correctly chile chilpocle): this is one of my all time favourite spices.  It is a jalapeño that has been ripened to a deep red on the plant and then smoked dry.  Its name derives from the Nahuatl chil (chile) and pectli (smoke).  They have a tobacco brown colour and are wrinkled with a smoky general flavour and aroma together with a very picante taste.  Great used whole to flavour soups or blended into a mole or a salsa or tomato sauce that's got a bite, which you can then use as sauce for chicken dishes or even as a spicy base for a Mexican style pizza (now that's serious fusion cooking). 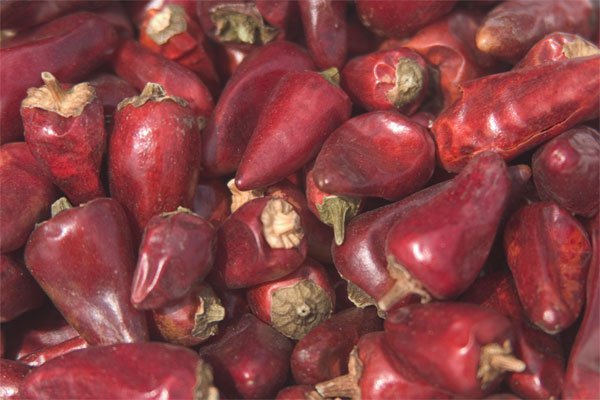 what a romantic name for a chilli and comes from the fact that its pods grow upwards towards the gods in heaven.  These come from Sichuan in China and are the quintessential chilli of Szechuan cookery, and have that heat you would expect from a medium heat chilli, but full of the umami you would get from Sichuan peppercorns - they sort of fizz and fizzle on your tongue like space dust.  They have a rich red colour and pointed cone shape like a witch's hat.

Habanero chilli: habanero chile is usually used fresh in Mexico (and traditionally from the Yucatán Peninsula), but we're not set up for fresh products, so a dry version will do us just fine.  It was the hottest chilli until Naga chilli came along but it has an appetising flavour, although some of the depth of flavour is lost in the drying process, with a serious afterburn.  It's heat rating is in range of 100,000 to 350,000 SHUs, which is damn hot.  One neat way to use habanero is to make a sauce, say a mole or tomato sauce and then infuse the habanero in it for a short while to give the sauce a light piquancy - in Mexico this is "to let the chile take a walk through the sauce."

New Mexico red chilli: this is the staple chile of the United States and is used earthy red chile sauces and are an integral part of enchiladas, tamales, pozole, meat and egg dishes in southwestern states of the USA.  It starts as the dried long green chilli of New Mexico and has a light, sweet flavour, and then is field-ripened to a scarlet red and then dried to get the New Mexican red chile.  If you lived in new Mexico, you would find a range of chiles with rural names like Anaheim, Big Jim, Espanolas, Rio Grande and Sandia.  The main production areas are in the dry valleys of the Rio Grande River in the southern part of New Mexico and in the cooler north, where the heart of the biggest chilli growing region is from Hatch to Las Cruces in the south; in the north they are grown around Chimayo north of Sante Fe.

Naga Jolokia chilli (sometimes bhut jolokia): this a mega hot chilli and I mean mentally hot.  It was in the Guinness Book of World Records as the hottest chilli ever at 855,000 SHUs, so be warned this is dangerous.  We all togged up in latex gloves, masks etc to pack this one and lived to tell the tale.  It originates from Nagaland in the far reaches of India on the border with Burma; it's a harsh climate for a harsh chili.  We used to get some of Assam tea from near here on an estate called Banaspaty but supply became difficult with kidnappings of the estate managers!

To help you with your home cooking of Mexican food, we have brought in oregano direct from Mexico to complement our European oregano.  Mexican oregano is Lippia berlandieri rather than Origanum vulgare, and is closely related to lemon verbena; it has a stronger oregano flavour than good, old European oregano.

Note: I apologise for the almost schizophrenic use of chilli, chile and chili, but this is blatantly to get coverage under as many different types of search as possible.