Yoghurt, Raspberries With Granola For Breakfast 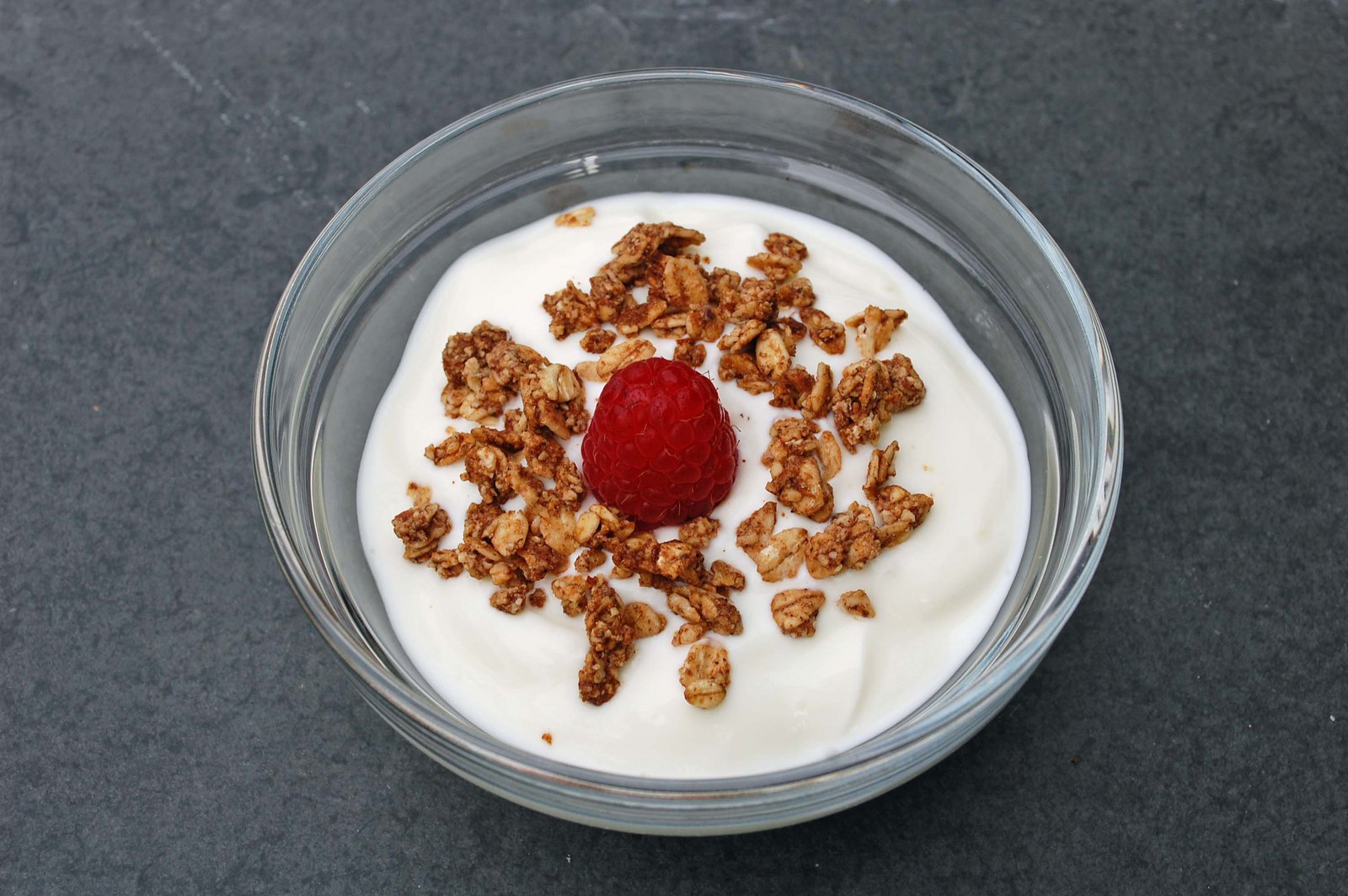 Yoghurt with Raspberries and Granola

This summer I've been having Yoghurt, Raspberries and Granola for breakfast rather than smoothies.  This is what it says in the tin, i.e. fresh raspberries, yoghurt and then some home-made granola sprinkled over the top.  I guess I am trying to pretend it's a real summertime despite the massive thunderstorm and the rain chucking it down outside.

This home-made oats-based granola is definitely not my idea - Poppy found it on Lily Pebbles blog, which in turn was based on the topping for Ella Woodward's "Apple and Blackberry Crumble".  We have made two versions - one using maple syrup, the other with coconut nectar as well as coconut oil, so the latter has a delicious coconuttiness to it.

You could use this granola on muesli or sprinkled through a fruit pudding or even a salad.

Both versions are quick and easy, tasting so much better than anything shop bought.  And there's the added bonus that your house smells of lovely sweet cinnamon after the bake. 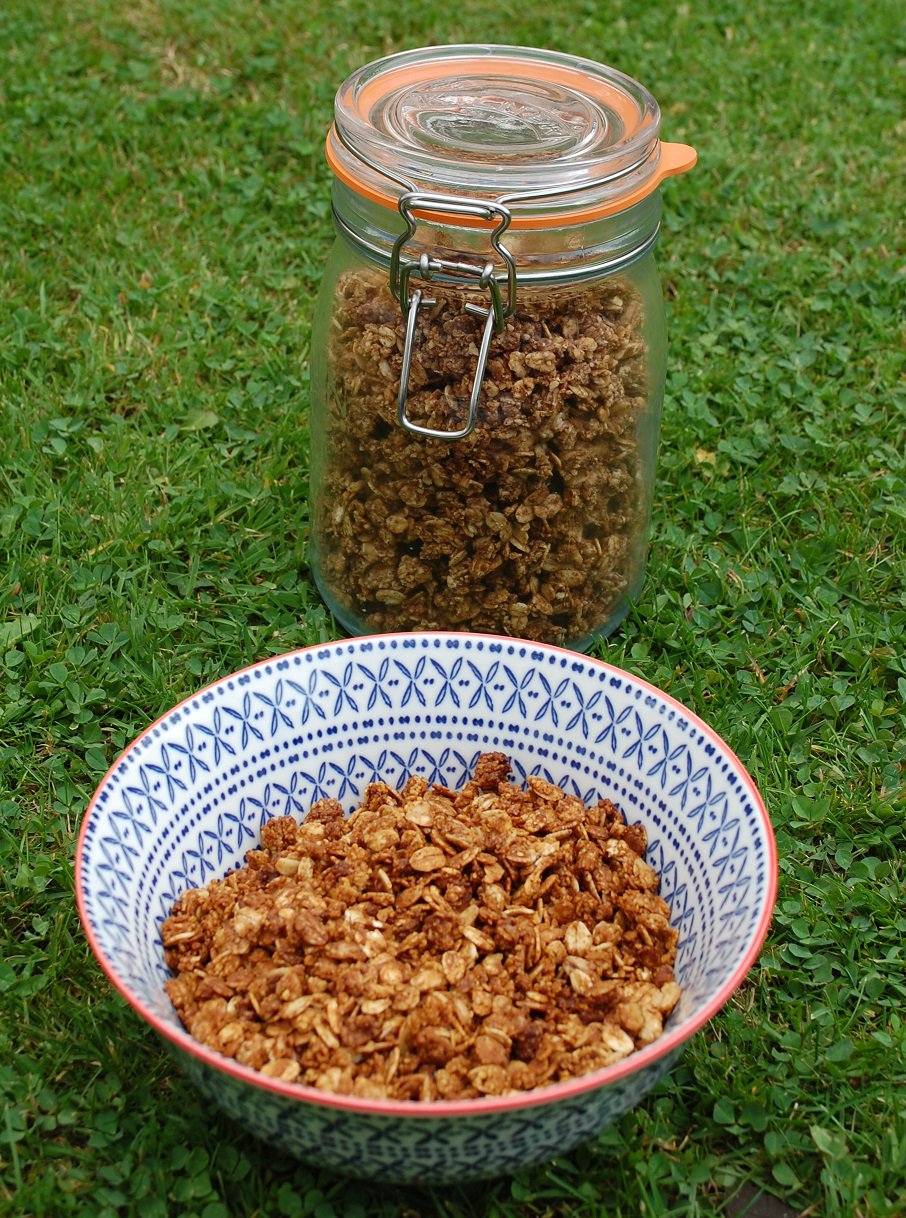 150g or 1 cup organic ground almonds (or use whole, then grind to a coarse and crunchy grain)

2. Combine the cinnamon powder, coconut oil and syrup in a small pan, then gently heat to melt and stir together.

3. Put the jumbo oats and ground almonds in a mixing bowl.  Pour over the flavoured coconut oil and thoroughly mix and coat the ingredients together.

4. Tip onto a baking tray and spread out.

5. Put into the oven and bake for around 20 minutes.  Start checking from about 16 minutes as it can catch and burn as I found out with the coconut nectar version the first time I made it.

6. Let your homemade almonds oat granola cool, then store in a jar.  You might need to break up the clumps, but we quite like them chunky.