Shrove Tuesday is the traditional start of Lent.  It has become associated with pancakes in Britain and so everyone spends the day making pancakes.  We regularly make pancakes for breakfast which the kids then top with cinnamon sugar or lemon and sugar, so I have decided instead to try a savoury pancake recipe, but more of that later.

First, let's start with a classic pancake recipe.  This is the type of recipe that everyone needs to be able to bang out without really thinking about; it's a staple, basic meal.  We make it without measuring anything - a bit of flour, a couple of eggs, some salt and add milk until the consistency is about right.  So while the recipe is a simple pan cake recipe, it was actually pretty difficult to work back to a workable recipe.

1tsp sunflower oil or butter or lard - for the frying 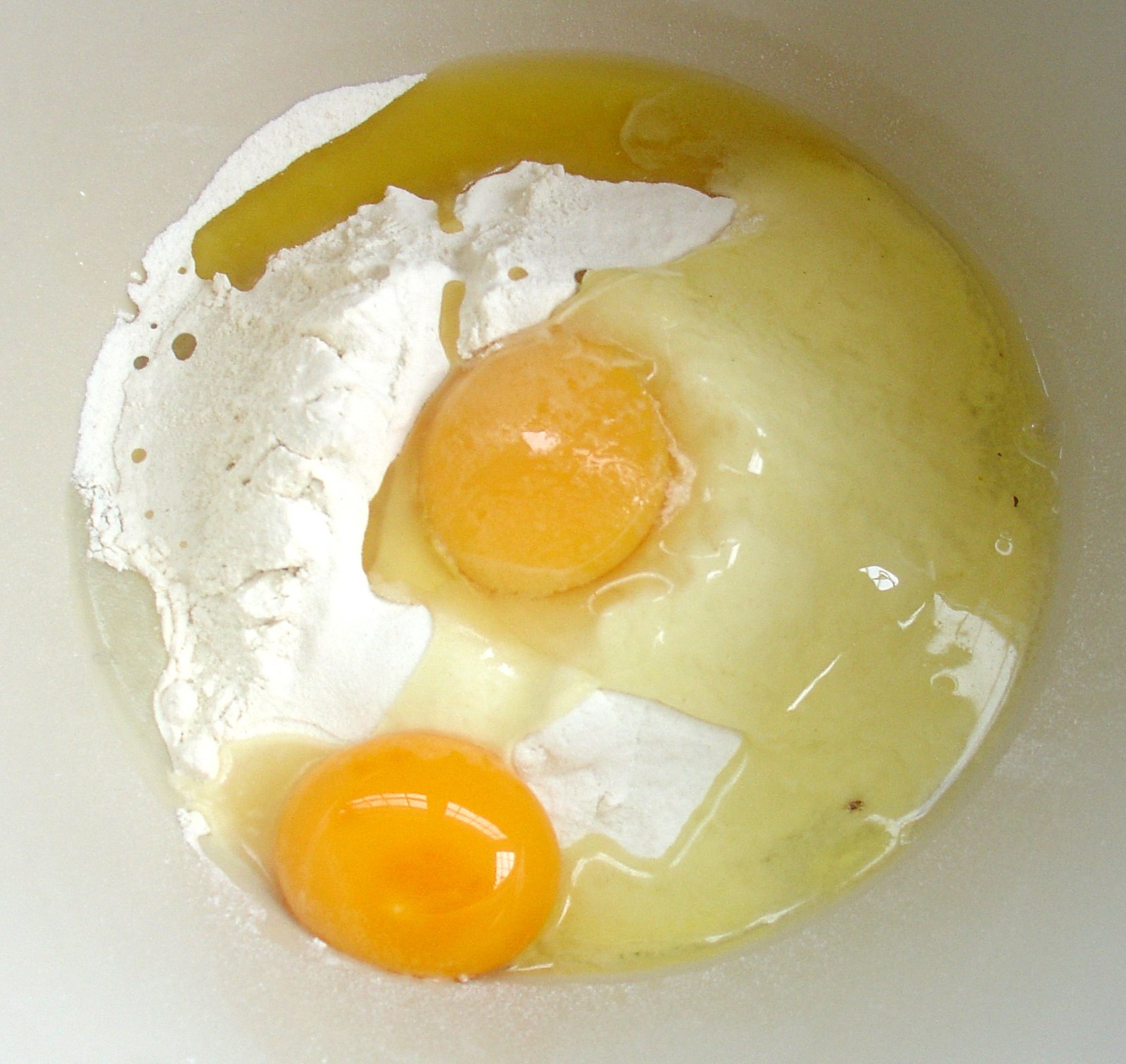 Sieve the flour into a mixing bowl.  Mix in the salt.  Make a dent in the flour and drop the egg into this.  Add a small amount of milk, roughly 2 tablespoons and with a metal hand whisk, thoroughly mix the egg and milk into the flour.  Now add some more milk and whisk thoroughly again.  Carry on doing this a little bit at a time until the batter is becoming runny.  Now add the rest of the milk, the 1tbsp of sunflower oil and whisk again. 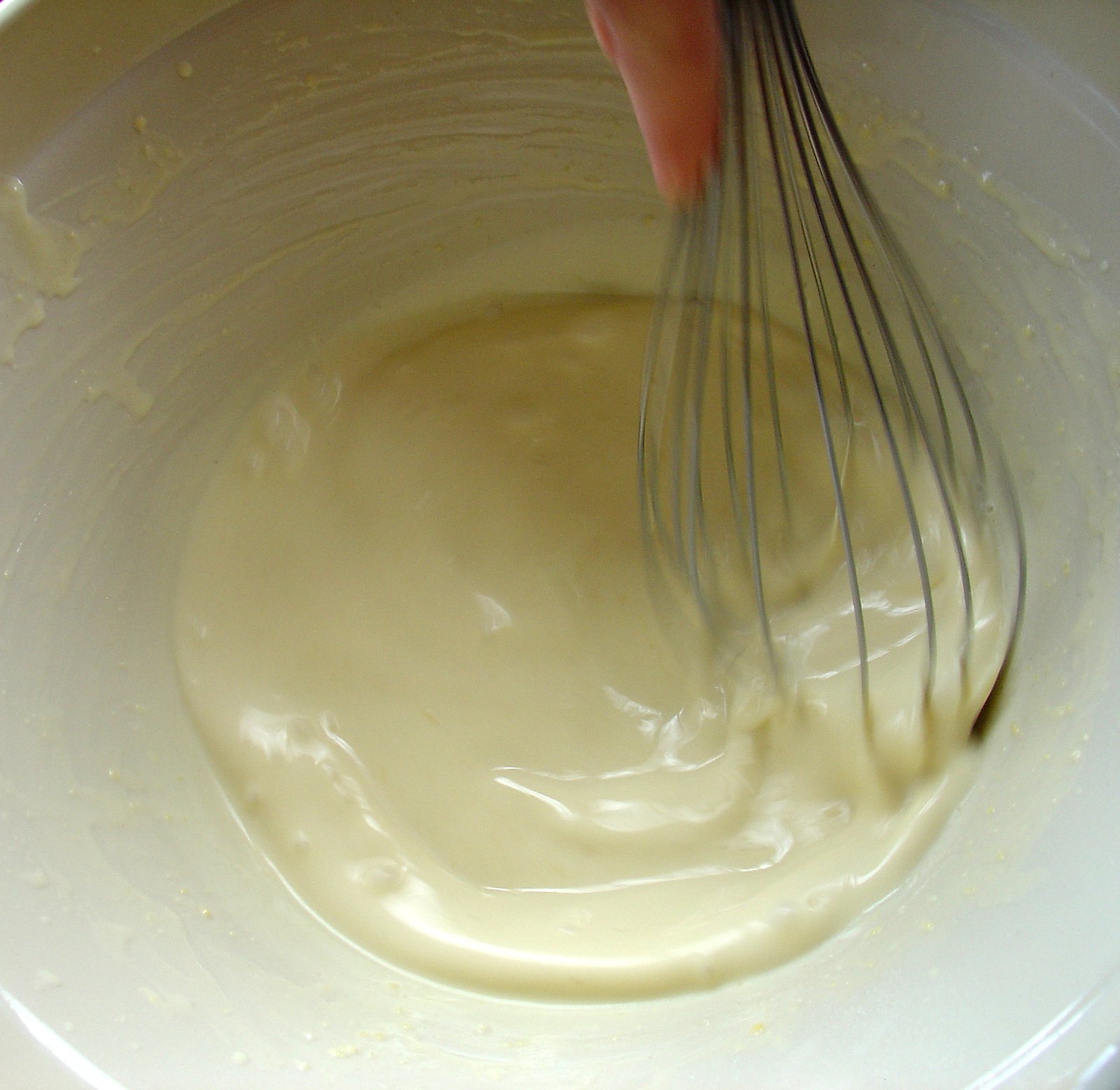 We often tweak the recipe in the morning by adding a pinch of cinnamon powder as this really makes for a nice, warming and homely flavour.

To make the pancakes, add a teaspoon of sunflower oil and spread it evenly over the skillet using perhaps a piece of kitchen paper.  You can use a similar amount of either butter or lard, but we like sunflower oil.

Leave it to heat through throughly until sizzling hot - be a bit patient as the reason why many people say that the first pancake just doesn't work is that they don't wait for the pan to get hot enough.  Add about half a soup spoon (2 tablespoons) full of pancake batter to the frying pan and spread it over the pan.

Heat through until the top is just dried through and then flip over using a spatula and heat the other side.  You can lift the edge up to check that it is getting a nice light brown if you are worried that it is going to burn. 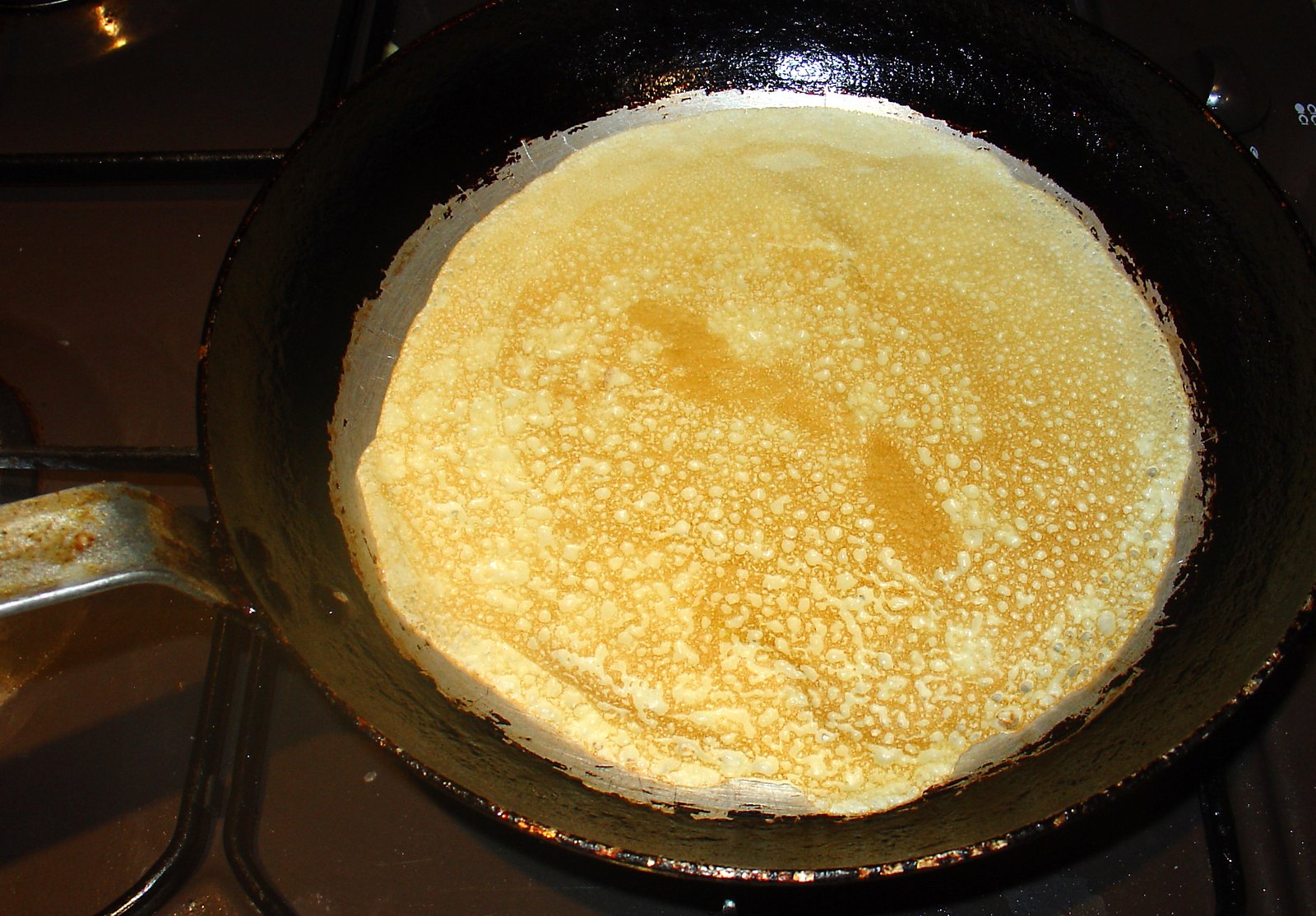 You can then top it with a teaspoon of sugar or flavoured sugar, or sugar and lemon, or (for the kids) spread with Nutella or another chocolate spread.