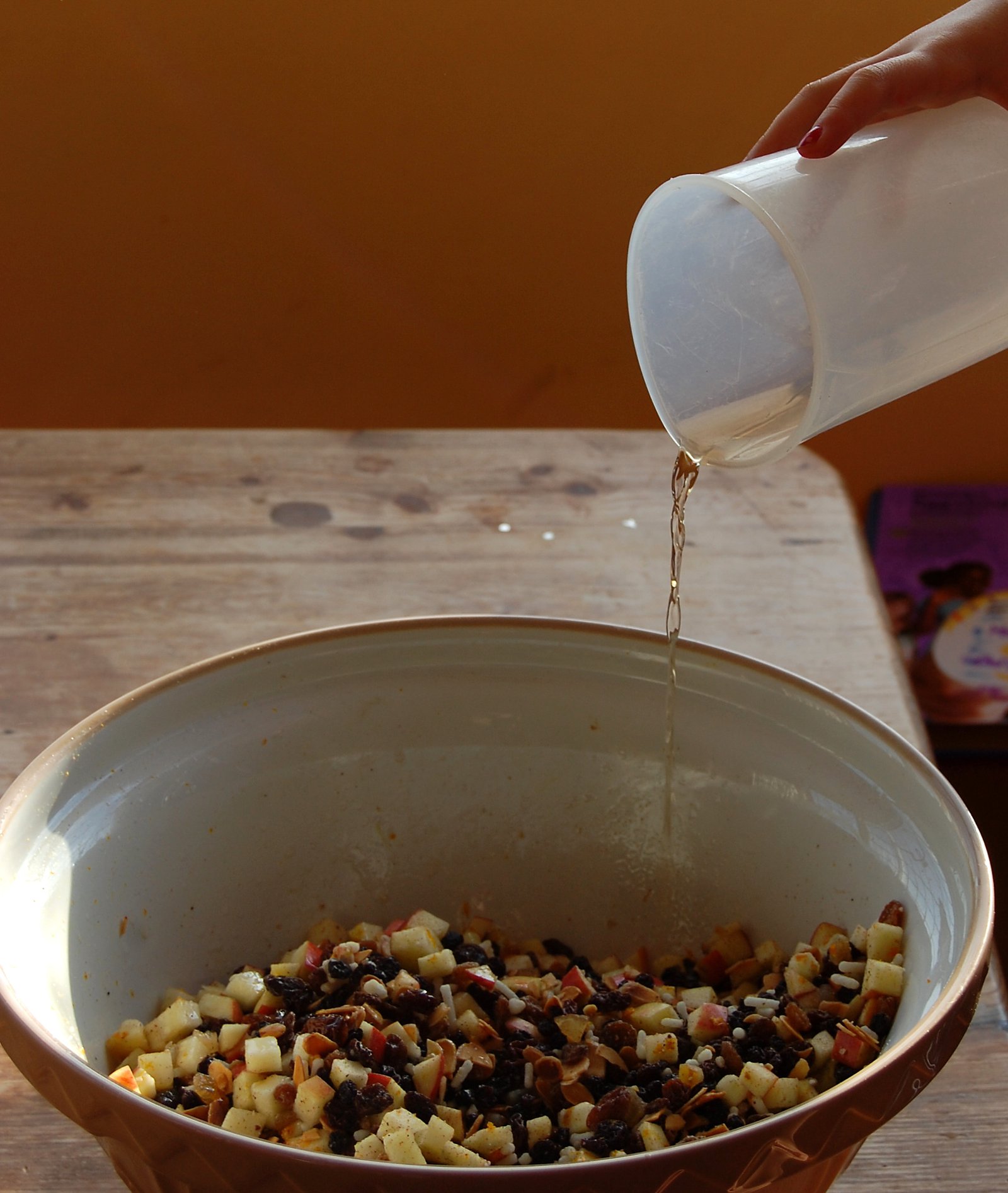 Mincemeat is delicious and really easy to make.  The aroma and flavour of homemade mincemeat is fantastic, making the shop-bought commercial stuff pale into insignificance – a travesty of taste, lacking in depth, rich or any booziness.

It’s name harks back to it’s original recipe which used to contain a little bit of mince.  However it has now (thank God) dropped the minced meat and become a wonderful melange of exotic dried fruits, nuts and spices, together with some delicious whisky or brandy, creating an almost invigorating preserve.

The origins of the mince pie lie in the medieval chewet, which was a pastry that contained chopped liver or other meat mixed with boiled egg yolks, dried fruit, and spices.  By the 16th century, the mince  pie was a Christmas speciality.  During the 18th century and by the 19th century, meat was rarely used in the "mince" having been replaced by suet.  Note that I use a vegetarian suet but you can use a more traditaional beef based suet, such as Atora, but then make sure you don't serve it to any vegetarians or vegans.

It’s simply a matter of collecting and weighing out the ingredients and then bunging them all together, giving them a good stir and leaving them to mature.  The key is getting the best quality ingredients and giving the mixture time to mature.  You should make it ideally 2 – 3 months in advance of Christmas, so mid to end of October to early November is spot on.  In fact, the best time may be mid-October as you can then pick apples direct from your garden; luckily we had a few still hanging on our tree of eating apples today, but then we live quite far north. 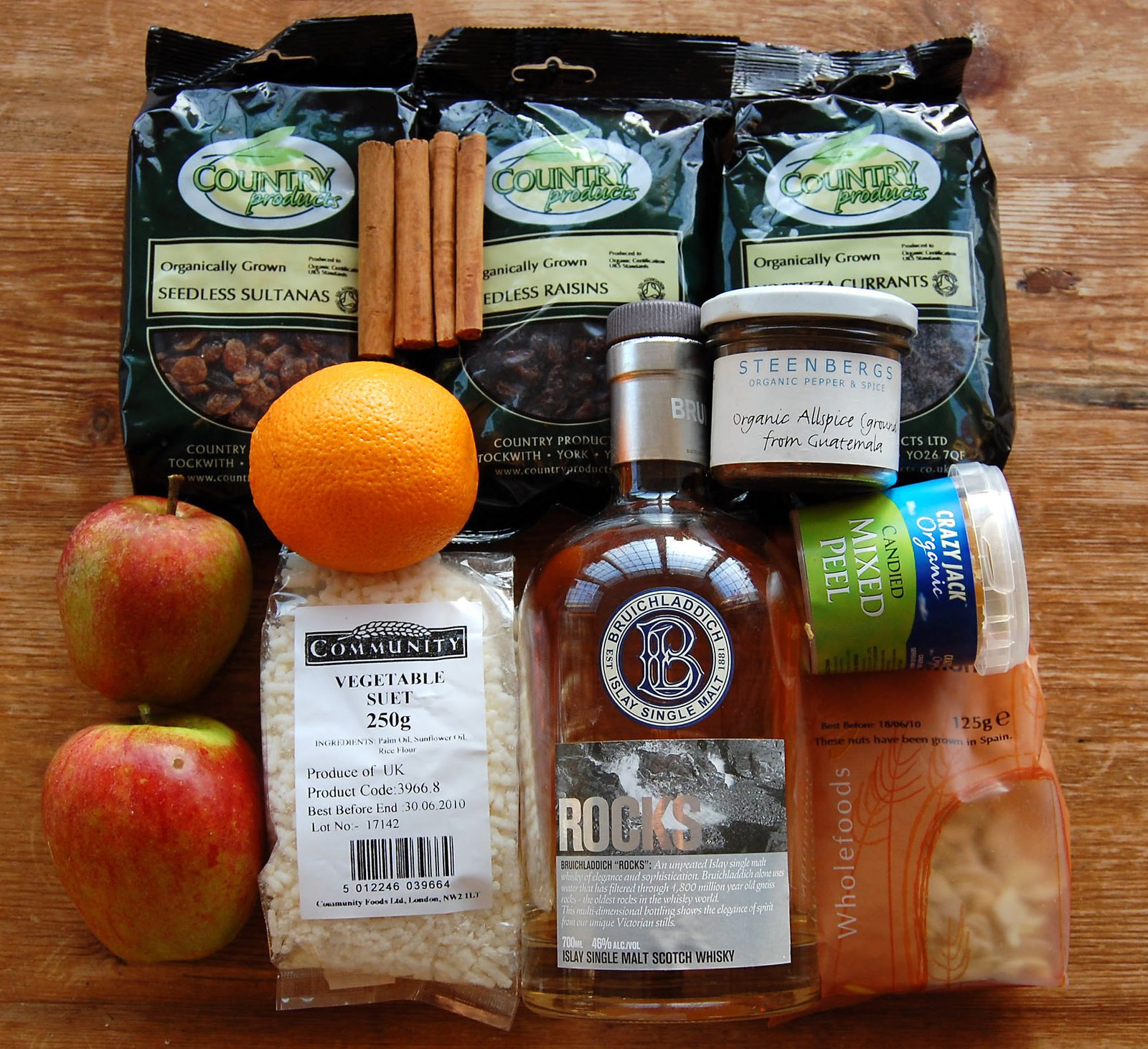 500g/ 1lb eating apples (Cox’s are good), cored and chopped but not peeled

1.  If possible, use organic ingredients and/or Fairtrade ingredients, as they are good for the environment and the people who grow the crops.

2.  Simply mix all the ingredients together and seal in a large tub, or ideally a bucket with a lid.  I used a small bucket that used to contain raw cacao nibs from Barry Callebaut, the chocolatiers. 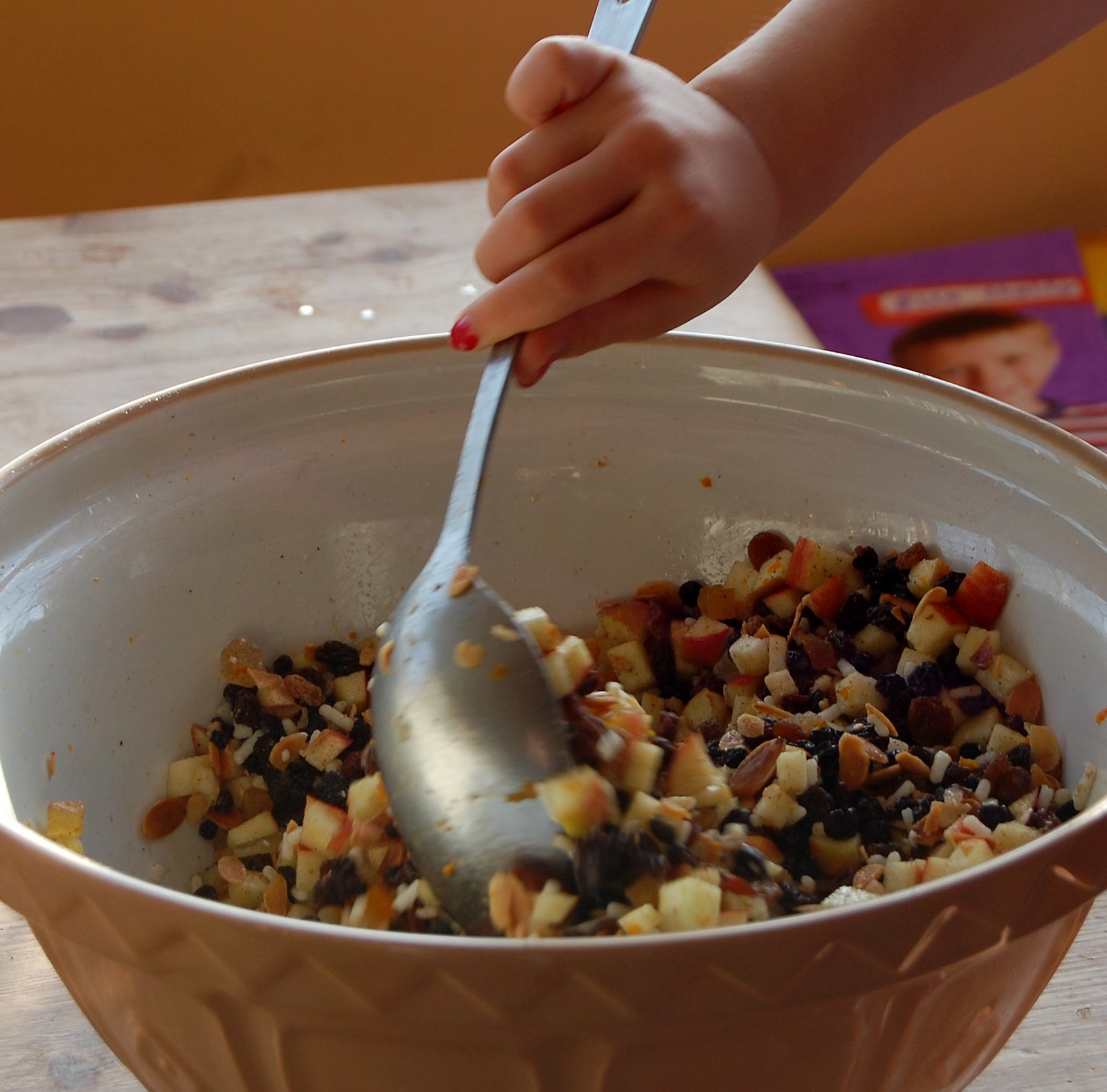 3.  Stir it once or twice in the maturation period – at the end of November and maybe mid December.  Pot it up into a couple of good sized Kilner-style jars on or about the 20th December.