It might have caused me sleepless nights and given me an undue amount of heartache and stress, but Steenbergs new range of Mulling Wine Spices in sachets has finally arrived.  It's about 1½ months behind schedule and we have been having to disappoint some customers for about a month, but it's here and looks absolutely fantastic.  I am actually really proud of it. 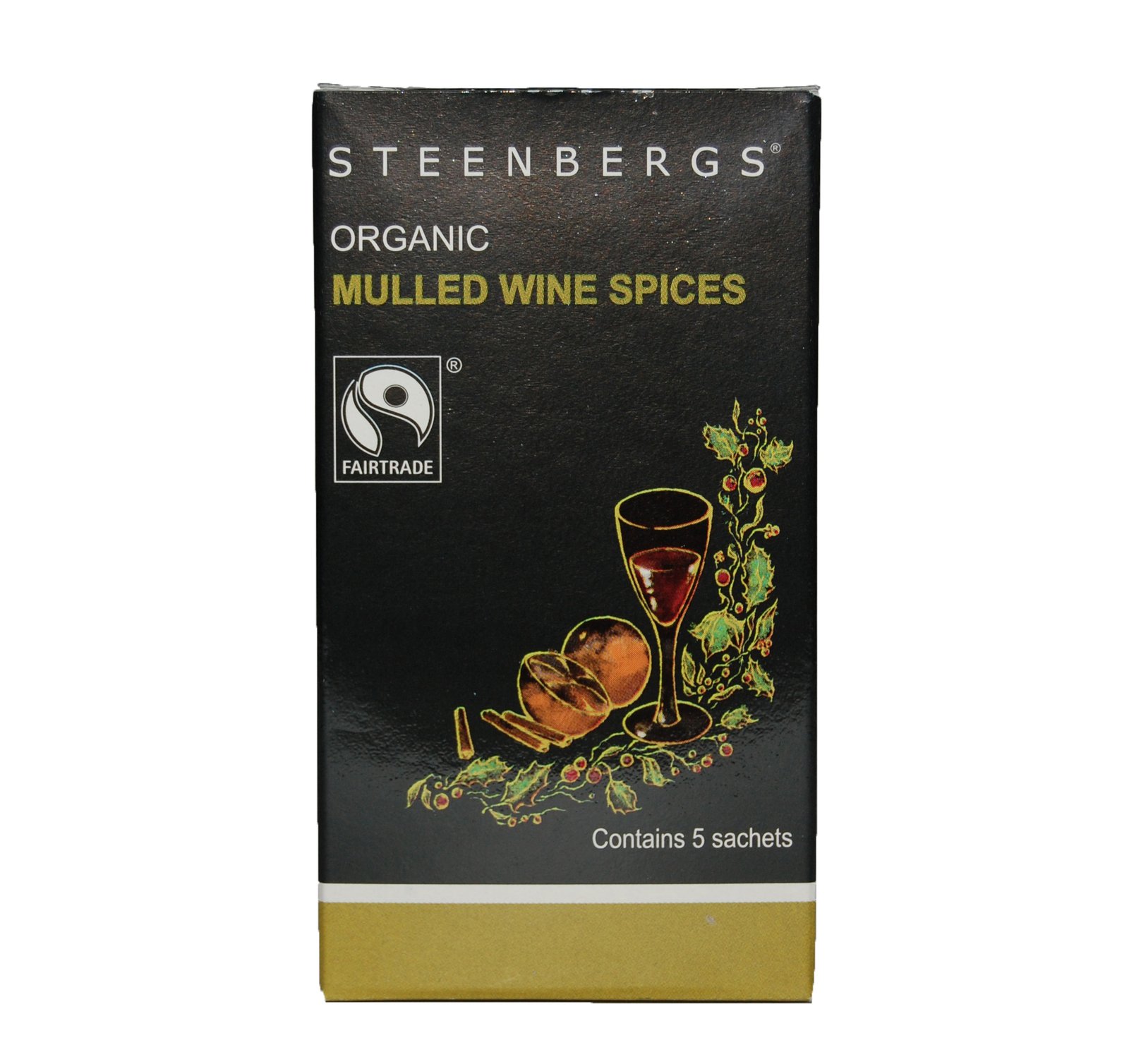 They taste divine and pack a lot of exotic, Chistmassy flavours - cloves, cinnamon and nutmeg.  These Steenbergs sachets have stacks more flavour than those of the classic high street insipid, bland infusions.

The idea came out of a germ of a thought in mid-summer as I was thinking about what we needed to do about Christmas products.  The answer was pretty obvious - Mulling Wine spices.  But we already did these as loose spices, spices mixed in with sugar; they were already available via the classic Steenbergs range as organic products, as Fairtrade and in my esoteric versions based around Mediaeval hippocras recipes from the Elizabethan times.

We needed somehow to do them in a more practical packaging and yet to differentiate ourselves from the likes of Schwartz and Shropshire Spice on the retailer's shelf with great design.

It also allowed me to test one of my dreams and aims as a spice merchant, which is simply to get some of the blending and packing done for us in India or Sri Lanka; after all that's where the spices are grown and processed, so they will be fresher packed at source, and the BRIC countries themselves are probably going to be richer and technologically stronger than us in a matter of years not centuries.

From that point onwards, nothing seemed to go right.

The designer designed the packets which were beautiful but then the printers in Sri Lanka couldn't download the design so it had to be couriered out.  After this, they decided not to look at it again for a few months in spite of daily questioning as to how it was getting along, by which time they wanted a change made, but our designer literally went into labour as we asked her so no amendments were possible.

Our original aim was for one of our tea suppliers to bag the spices, which seems logical, but they were suspended from Fairtrade during the packing so we couldn't use them and had to change to a contract packer based in Colombo, called Amazon Trading.  The Fairtrade spices from Kerala were late in arriving, then there was some trouble with the process for cutting the spices into tea bag cut, which has now been ironed out.

Next, just as it was trying to leave Sri Lanka, the paperwork was filled out incorrectly as Mulled Wine so there was a lot of toing and froing accusing us of trying to export alcohol and that we didn't have the correct paperwork.

That got sorted out and then it was transported to the UK in short order, cleared and immediately has started going out speedily.

It has been a good trial and now all the teething has hopefully been teased out.  The product is still going into store way in advance of Christmas so should sell well as the pricing is good for shops and it looks attractive.  Samples are being sent out to all sorts of possible buyers for Christmas 2010 - yes, bigger stores are already working on 2010.

I also think that getting spices and teas packed at source can work but communications are hard and you probably need to hold more buffer stocks than I had hoped to manage the peaks & troughs and mitigate the things that will naturally just go plain wrong.

Here's how to make the Mulled Wine:

Put the Mulled Wine Spice Sachet, sugar and water into a saucepan.  Bring this to the boil, stirring to dissolve the sugar.  Simmer for 5 - 10 minutes.  Now add the wine and any of the optional extras that takes your fancy.  Heat up to just below boiling point and stir gently for 5 minutes, making sure that it does not boil as all the alcohol will evapourate.  Serve warm in mugs or wine glasses.

For a non-alcoholic alternative, replace the red wine with 750ml of red grape juice and replace the water with 250ml orange juice.