Of Cheese In Dumfries And Galloway 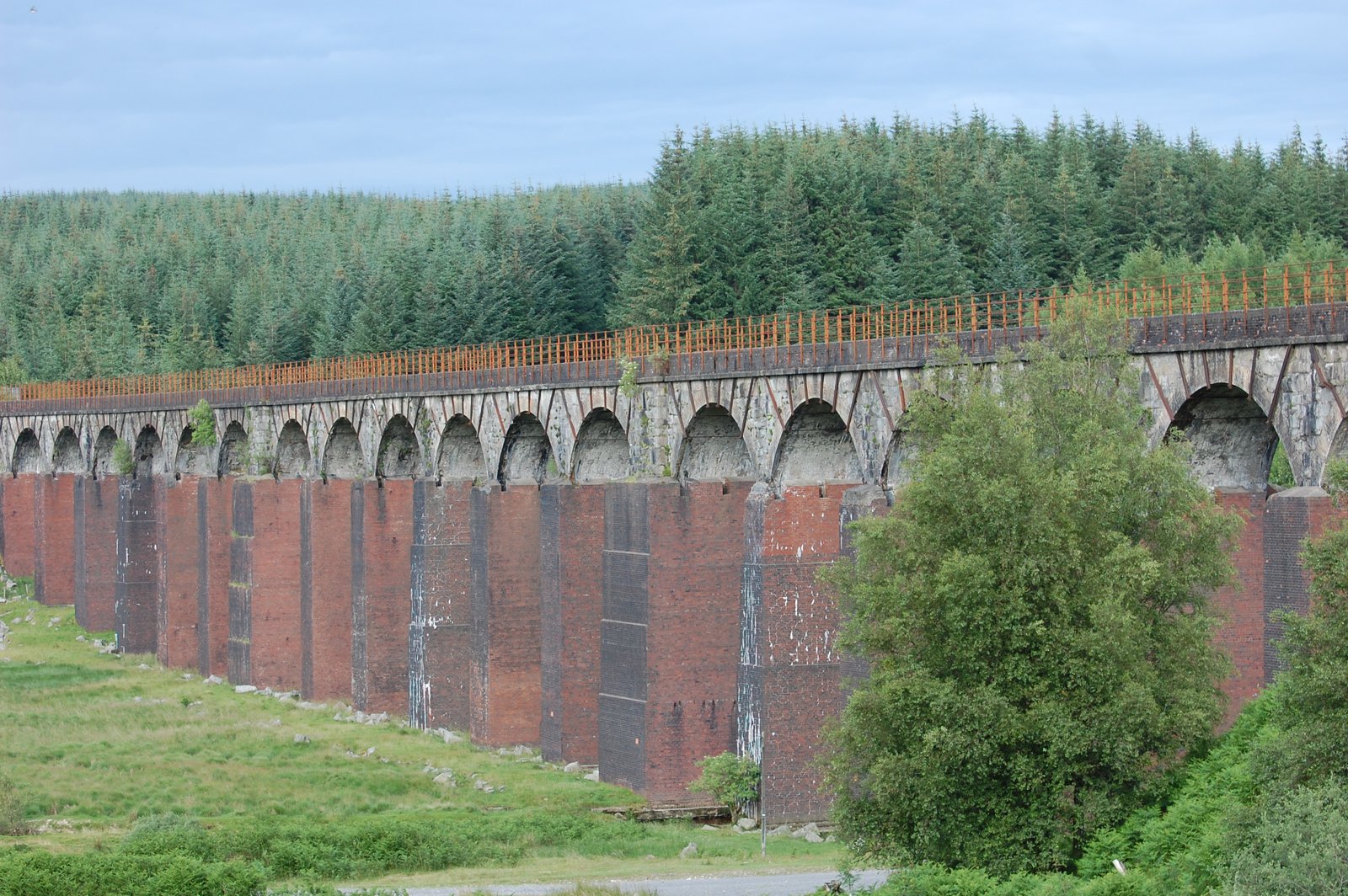 (19/7/2010) Up the Water of Fleet, you get to Cairnsmore of Fleet Nature Reserve and the Clints of Dromore, which is not only a wonderfully romantic name for some hills but also a decent-sized hill that you can walk up in no time, or along and around, getting towards a beautiful brick old railway bridge called the Big Water of Fleet Viaduct that seems sort of out of place up here, but it was about a mile east of Gatehouse of Fleet Station and appears in Dorothy L. Sayers’ Lord Peter Wimsey book “Five Red Herrings”.  “Five Red Herrings” looms, also, over the drive between Gatehouse of Fleet and Kirkcudbright as it was somewhere along that road that the dastardly murder took place amongst the fictional artistic community of the area; it is a good, light read, even if not here best novel.  Up on Cairnsmore of Fleet, you can see a wide variety of birds, including peregrines, if you’re lucky, and adders basking in the sun.  The other things you see around here are sheep and Galloway cows.   This brings me on to cheese.  (Sorry that was a bit of a strained intro).

I had always wanted to visit Loch Arthur Creamery at Beeswing near Dalbeattie.  Don’t you love the quaint name of the place – is it a bee’s favourite style of music or a part of bees?  Loch Arthur Creamery is part of the simply awesome Camphill Village Trust, which follows Steiner ideas and seeks to create places for those with disabilities to live a normal life and not be hampered by people like you and me.  So here at Loch Arthur, they run a farm and make, inter alia, organic biodynamic cheese, as well as running a fabulous shop.  You are greeted by a wondrously colourful display of fruit & veg, which in an area that seems curiously devoid of decent vegetables, and so seeing us resort uncomfortably to the delights of Tesco in Castle Douglas and Kirkcudbright, was a blessing and made me smile.  Then in the shop, they have a good selection of organic ambient foods and chilled meats and cheese.  We also bought some locally made spelt and seeded breads, as well as being tempted by the chocolate and orange cake that literally came out of the oven as we were there and was still deliciously warm; the cake was to die for – rich and chocolaty with a subtle hint of citrus.  Perfect. 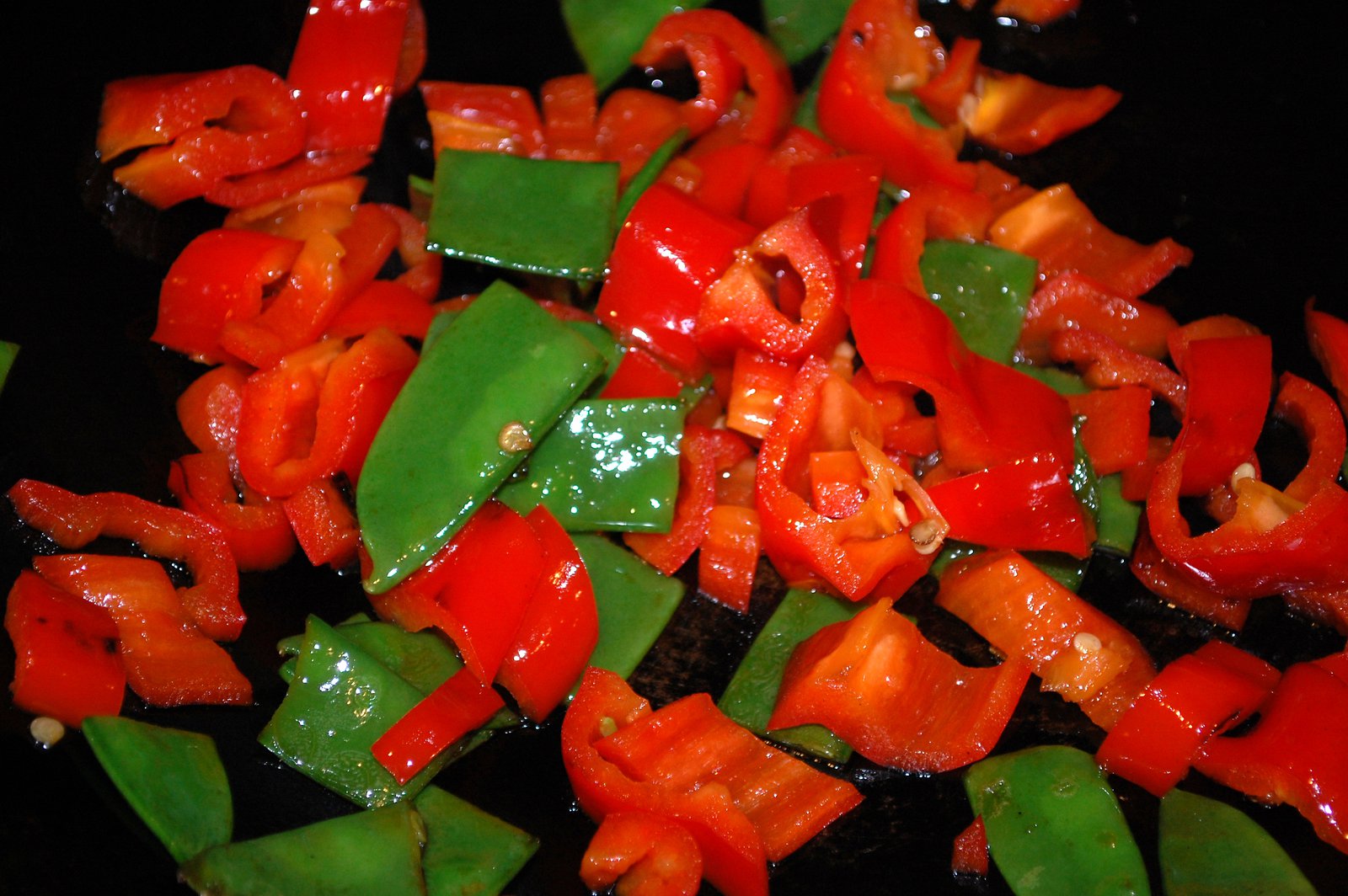 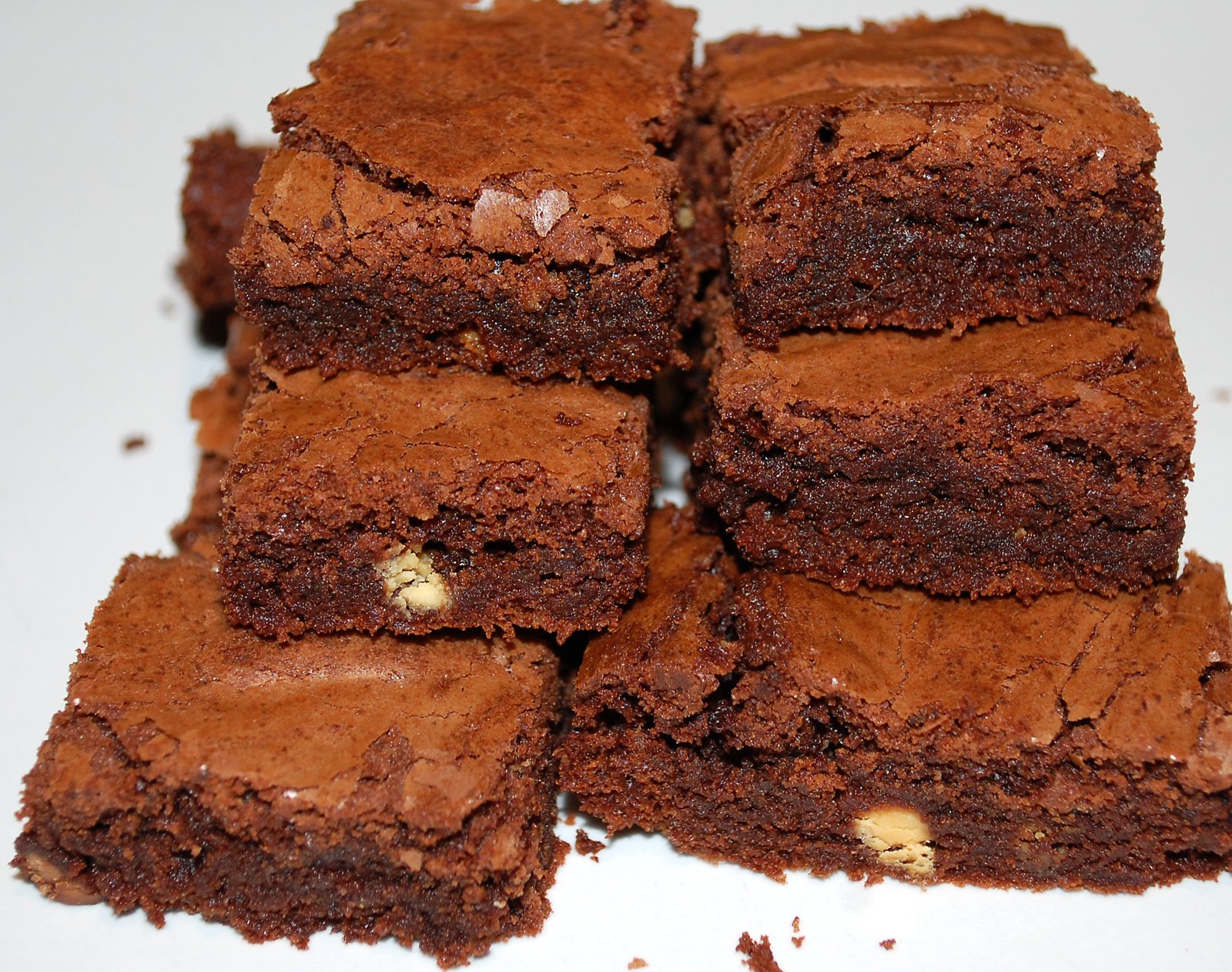 But we were here for the cheese.  They make this on site; in fact we could see them washing down the factory through a clear window behind the counter.  They have a cheddar-like Farmhouse Cheese, as well as their little stars (in fact roundels of cheese) called Crannog.  Crannog are 10cm in diameter and have a white waxy exterior and the cheese inside is creamy-white and slightly soft like a chilled butter.  We bought the standard cheese and a green peppercorn cheese, as well as their hand-churned butter.  Both were wonderfully creamy and had that sweet, earthy taste that comes from cheese made from milk that is produced naturally from rich, organic grass, and which is faintly reminiscent of a good Wensleydale.  Somehow high street, mass-produced cheese seems more fatty and greasy with none of the flavours or tastes that should come through from the field, i.e. just texture and then...nothingness.  We also enjoyed the delicious rich and creamy butter that when eaten on good, wholesome spelt bread was a meal in itself; industrial food just does not have this body or richness, as I suppose stuff is taken out to help processing, improve consistency and functionality (my absolutely, most hated food term). 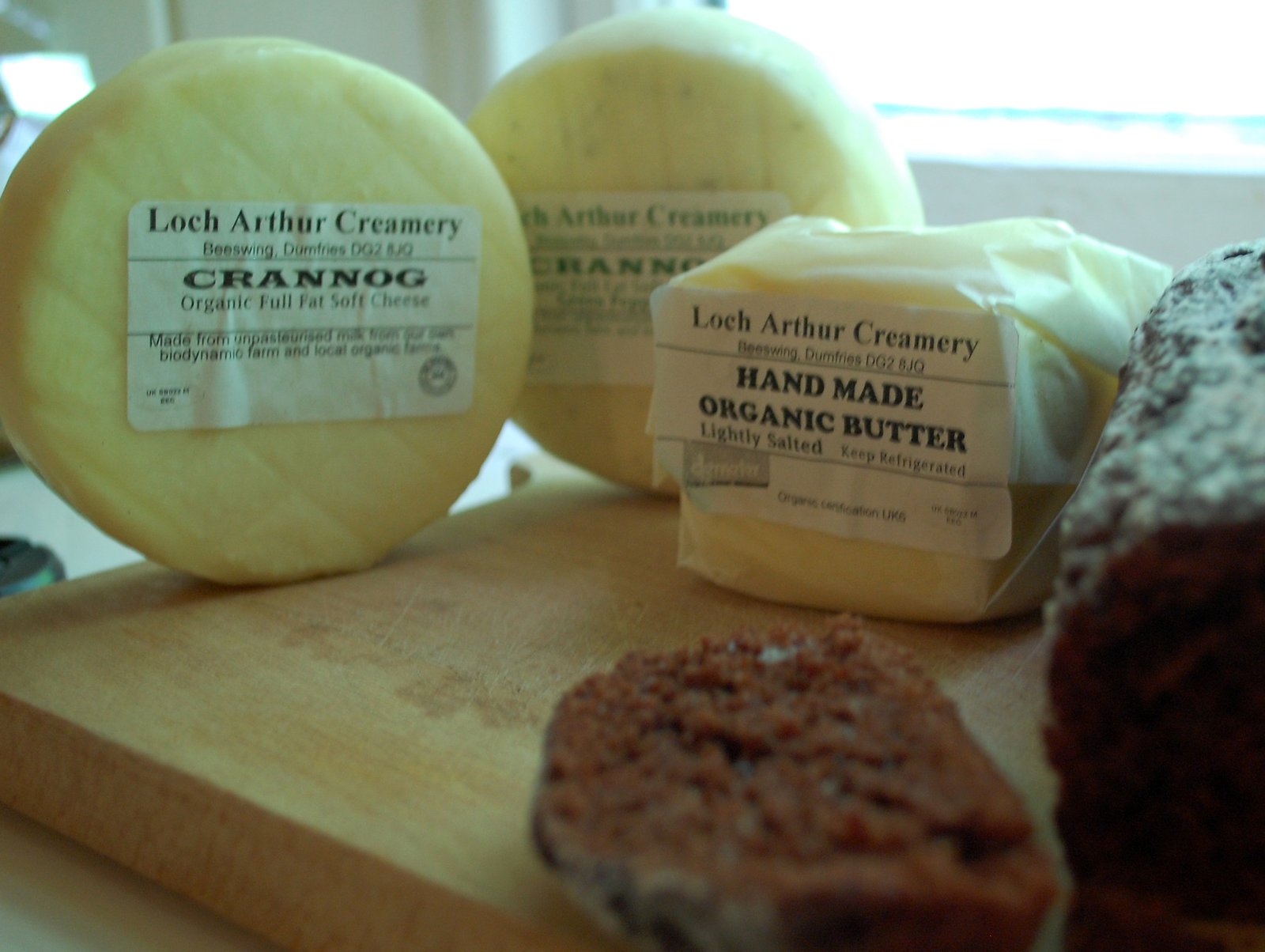 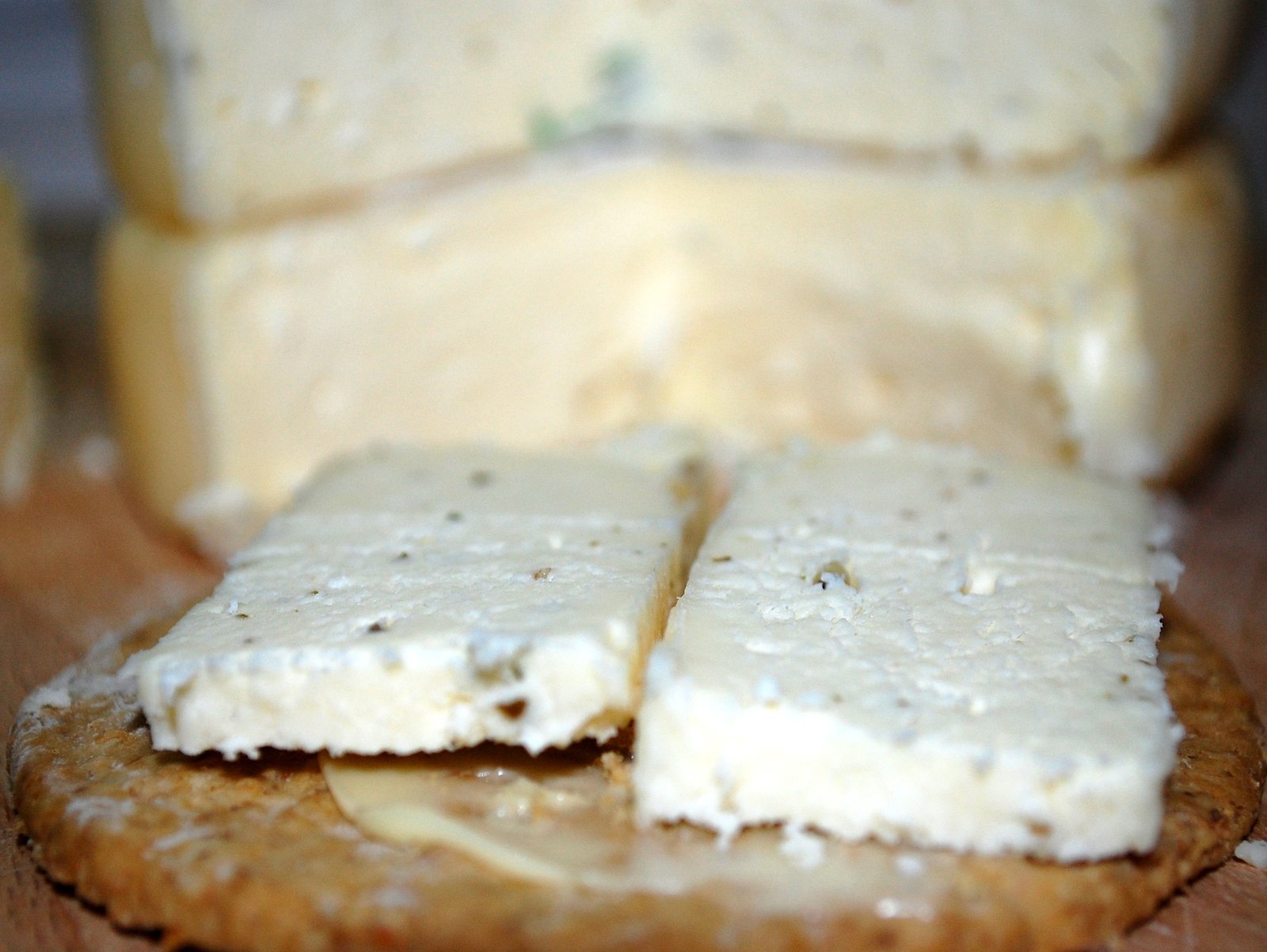 The other local cheese is Cairnsmore cheese from Galloway Farmhouse Cheese at Millaires, Sorbie by Newton Stewart.  They have organic cheese made from cows, ewes and goats milk, but as they have a sheep them I reckon that the ewe cheese is their love.  We bought the cheese as quarters off a larger block.  The cheese is a cream colour with a good, flaky bite and none of that yucky, plasticky, greasy texture from industrial cheese.  The cheese has a delicate earthiness that’s less intense that the Loch Arthur Creamery cheese, but seems a bit sweeter and with a delicate salty, peatiness coming through.  I liked the cows’ cheese a lot, but the ewe cheese had a lanoliny richness that felt slightly akin to a cross between manchega and parmesan cheese, but with a creaminess and more depth of character.

The tasting notes from my notebook were:

We tasted the cheeses on their own and on plain oatcakes from M. Corson (Bakers) at Castle Douglas, with and without butter from Loch Arthur Creamery.  These oatcakes were simple with a good oaty flavour and a decent bite to them and none of that soft, crumbliness that you often get; oatcakes should be quite tough and be able to last aeons.  Another local maker is Cairnsmhor Fine Foods in Dalbeattie but these were a bit crumblier and saltier, which would probably work better from most people, but I preferred the tougher, simpler ones from M. Corson (Bakers) which is on the High Street in Castle Douglas - I guess that’s the puritan in me coming through.