Of Meat In Dumfries And Galloway

21/7/2010 - I am sitting here at a table overlooking a glorious lake; not some picture postcard view across Lake Como in brilliant sunshine, but a grey, overcast day with some low lying wispy clouds moving slowly across the conifer plantations opposite me as I look across Loch Ken between Castle Douglas and New Galloway.  Soaring up in the sky there is a red kite, and sometimes you can even see ospreys around here.  I am watching my son sailing with what little wind there is over the loch.  It is your normal British style holiday – activity by the water, or over the dales or over climbing frames.  In the background, I can hear screams of fun and joy as four families battle it out in the laser quest battlefield beside us.  But at least it is currently dry, but probably will start to rain when I go out kayaking this afternoon. 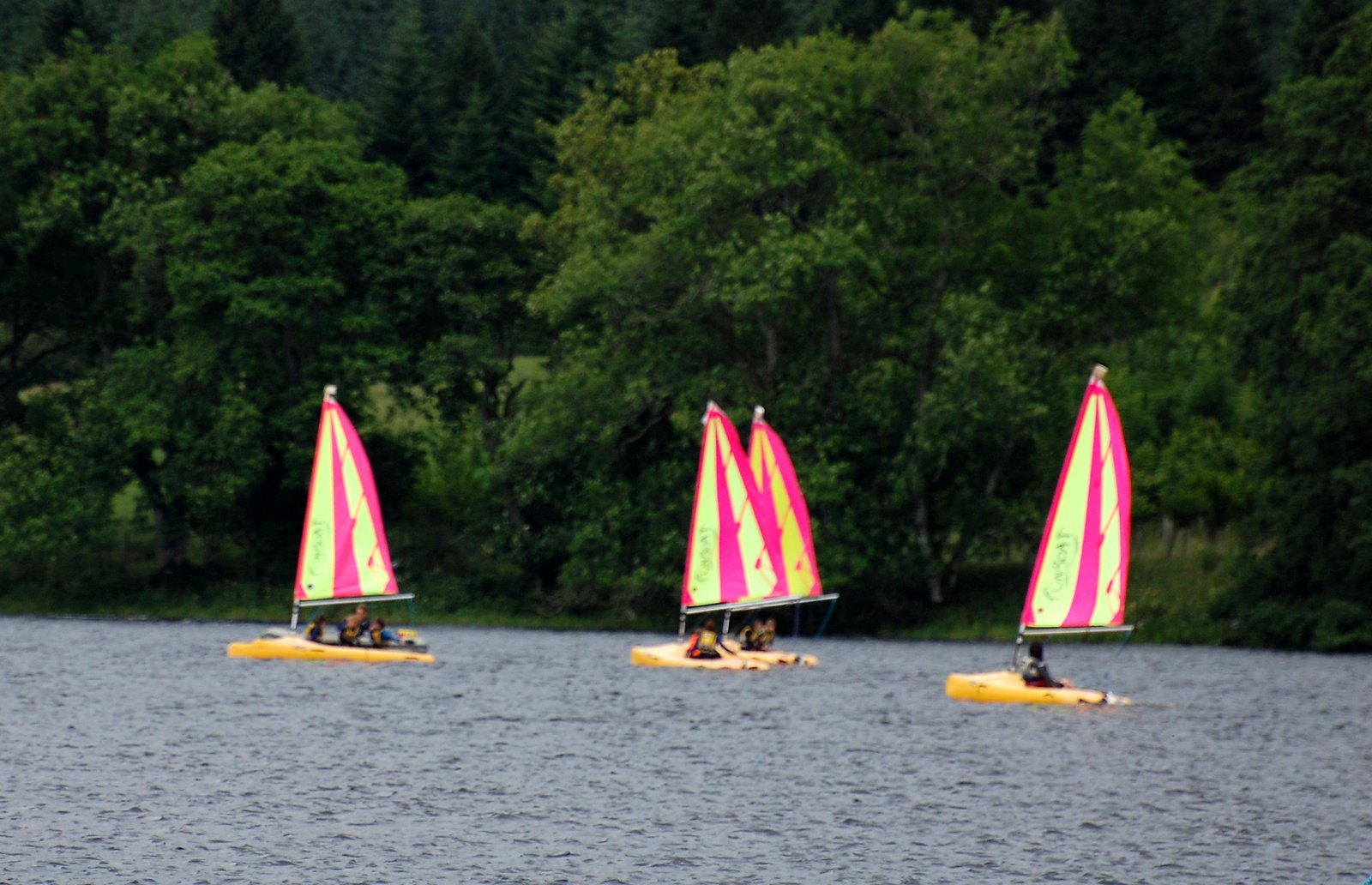 So I turn my thoughts to other hidden foodie secrets of this wonderful part of Scotland.

Firstly, one that isn’t worth it.  Castle Douglas bills itself as a foodie town, but it’s all a bit of a let down, so other than a decent butcher (Hendersons – good for sausages), a goodish deli/chocolate shop (In House Chocolates) and Tesco, don’t get overexcited about the hype.

However, on Saturdays in Gatehouse of Fleet, they hold a small farmers’ market with a bigger one on the first Saturday of each month.  Last Saturday was the smaller version and it was belting it down when we were there with a few others.  Jen Hen’s is a stall that sells eggs – surprise, surprise – from a flock of mixed hens on a farm near Tongland.  Then, there’s Wigwam Bakery, which was the reason I was here bright and early, as last year when I pottered down the hill, her small selection of beautiful hand-baked goods had all been sold.  I was especially after her Roman Spelt bread and Maslan Bread (a mix of 50:50 white to wholemeal bread using a rye sourdough base), plus she does a goodly variety of other breads, including one called Aphrodite with seeds and things.  Susie had a great selection of sweet baked goods and people were busy trying to get her delicious chocolate cake, while I went for two of her cookies that are a health meal in themselves, packed full of amazing seeds.  You can tell she has a reputation as the locals all queue from her stall early and even on that bitterly cold Saturday.

Then, there was the mobile butcher’s shop, Wullie’s, which is the shop for Wm. Lindsay in Creetown.  I bought some lamb chops from Willie, but really was there to ask him about salt-marsh lamb as I had spotted last year (and this) a flock of sheep on the salt marshes beside Creetown.  Sure enough, he gets 6 lambs every year “for the English” in mid August, but told me he preferred the “blackies from the hills” which he gets in late August/ early September.  I said I would ring him in August about the salt-marsh lamb, so I will keep you posted if I succeed with that. 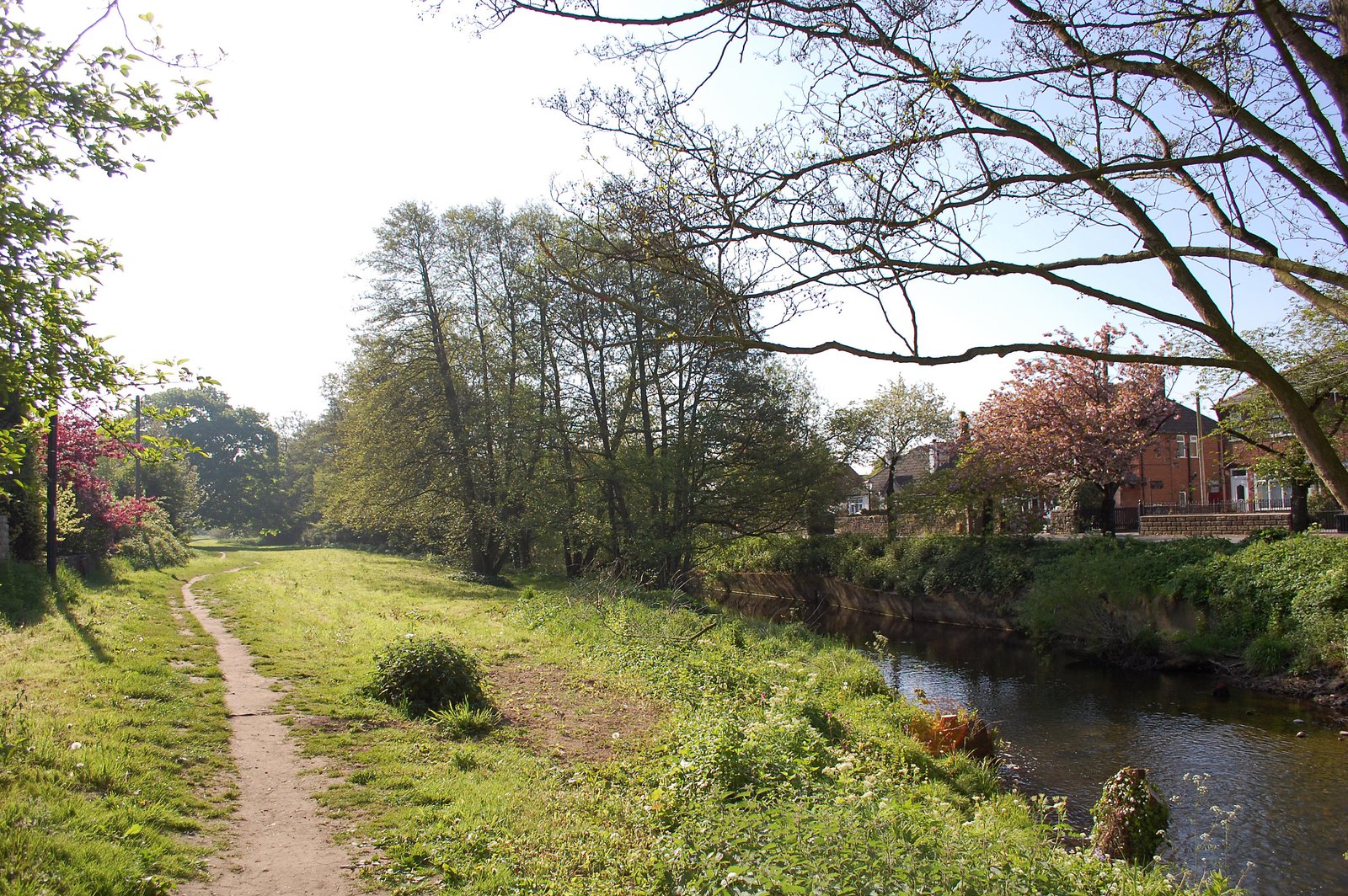 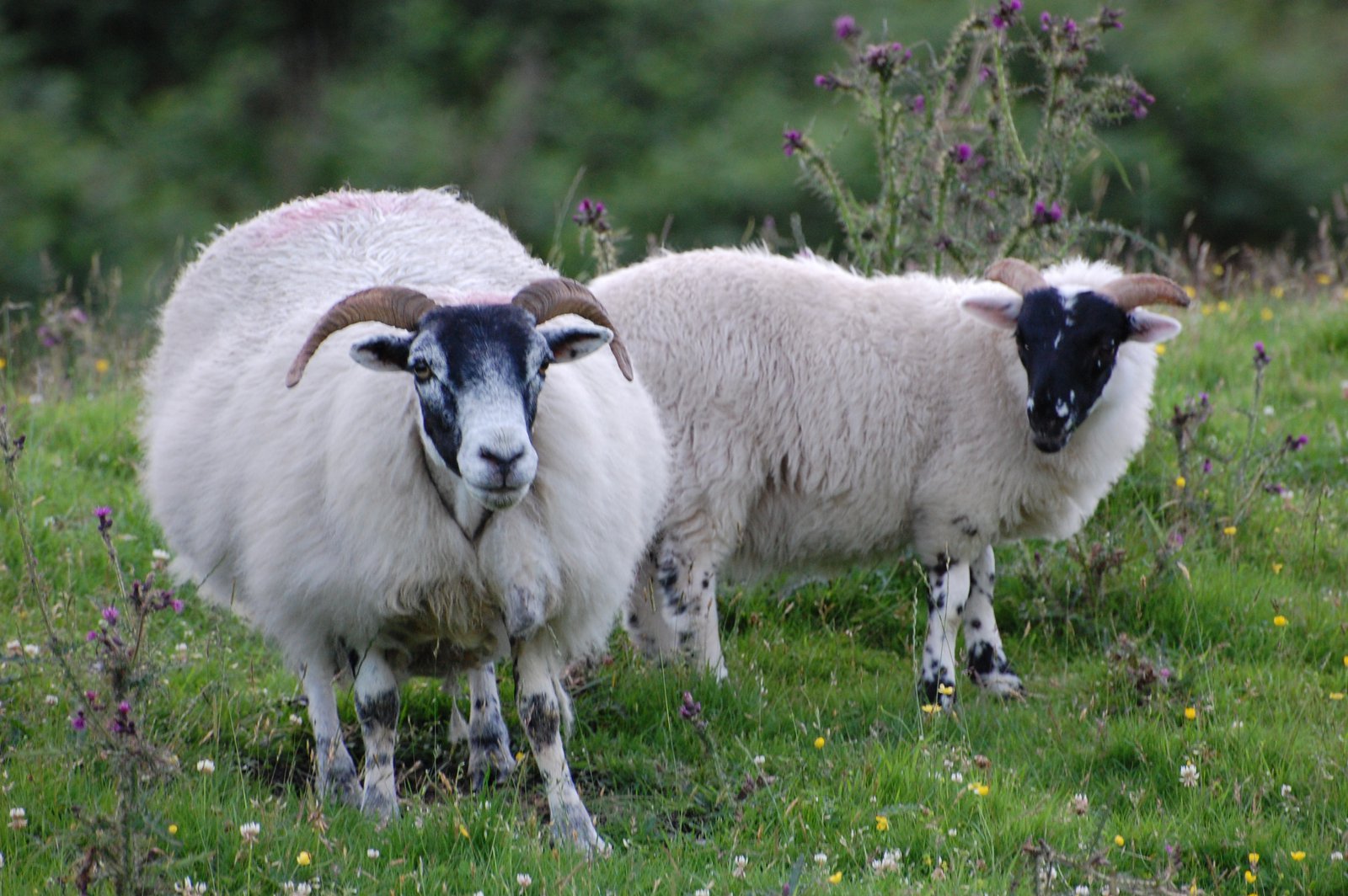 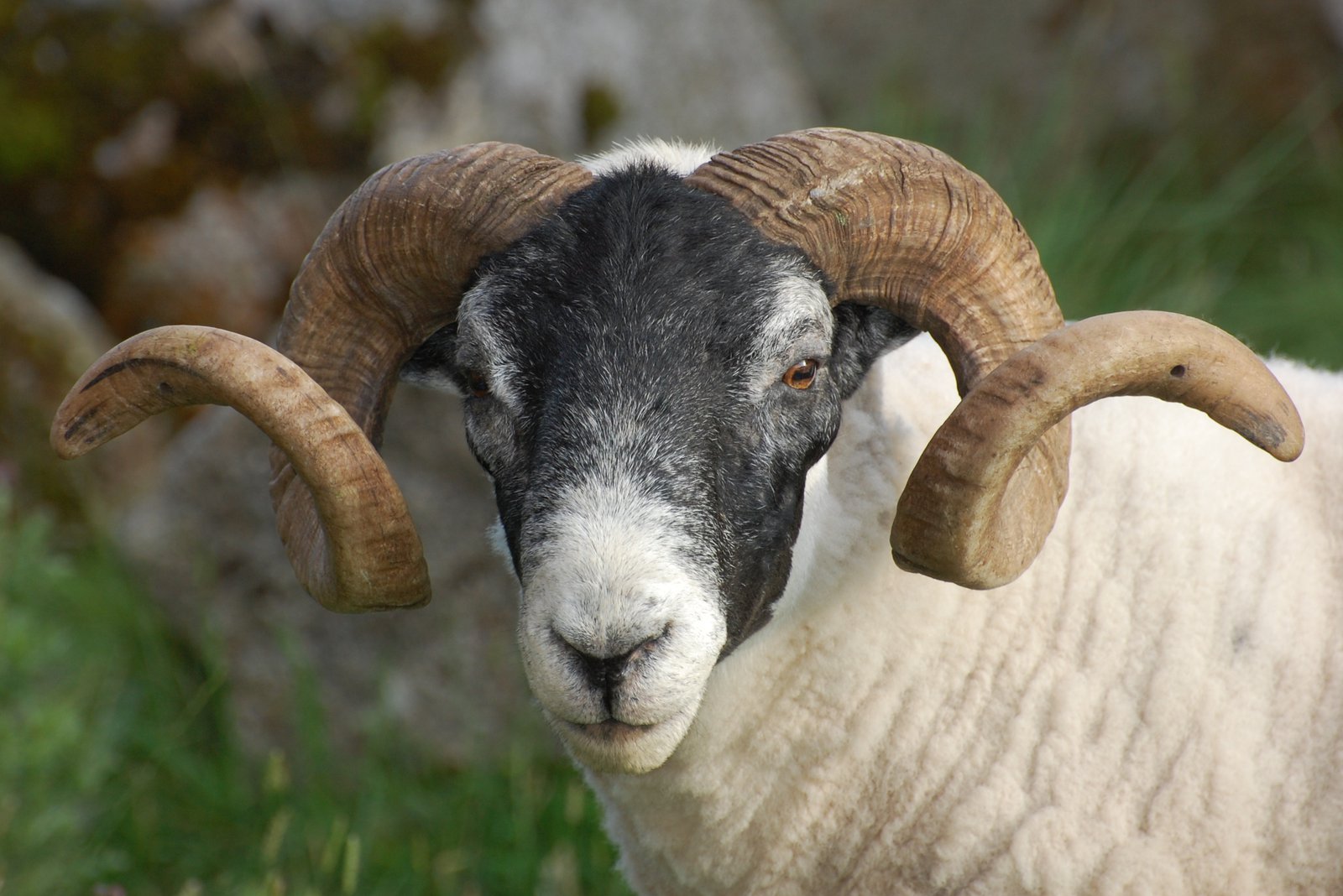 Other than that I had been hunting around for decent meat, which there is little to come by at this time of year, what with lambs being out of season.  The two places I have found good meat are Barstobrick Farm Shop and Cream O’Galloway.  Barstobrick is a fairly soulless site with an equestrian centre, some walks and holiday cabins, plus a dreary cafe and farm shop; however, they do sell their own meat within the farm shop.  It is Aberdeen Angus beef, reared on the farm and slaughtered at their own butchery.  Robin & Hilary Austin then let the meat mature for 21 days before it is packed and sealed and frozen on site.  They sell fillet and sirloin steak, as well as beef sausages and beef-burgers.  We went for the sirloin steak (£24.99/kg), which had great marbling and a lovely deep, brown-red  hue.  We tasted it that night, fried simply in butter to medium-rare and eaten with new potatoes and runner beans; it was deliciously meaty with a sweet hint of grassiness, while your knife just glided through the meat with no problem.  They were really good and worth the visit to this otherwise unprepossessing place. 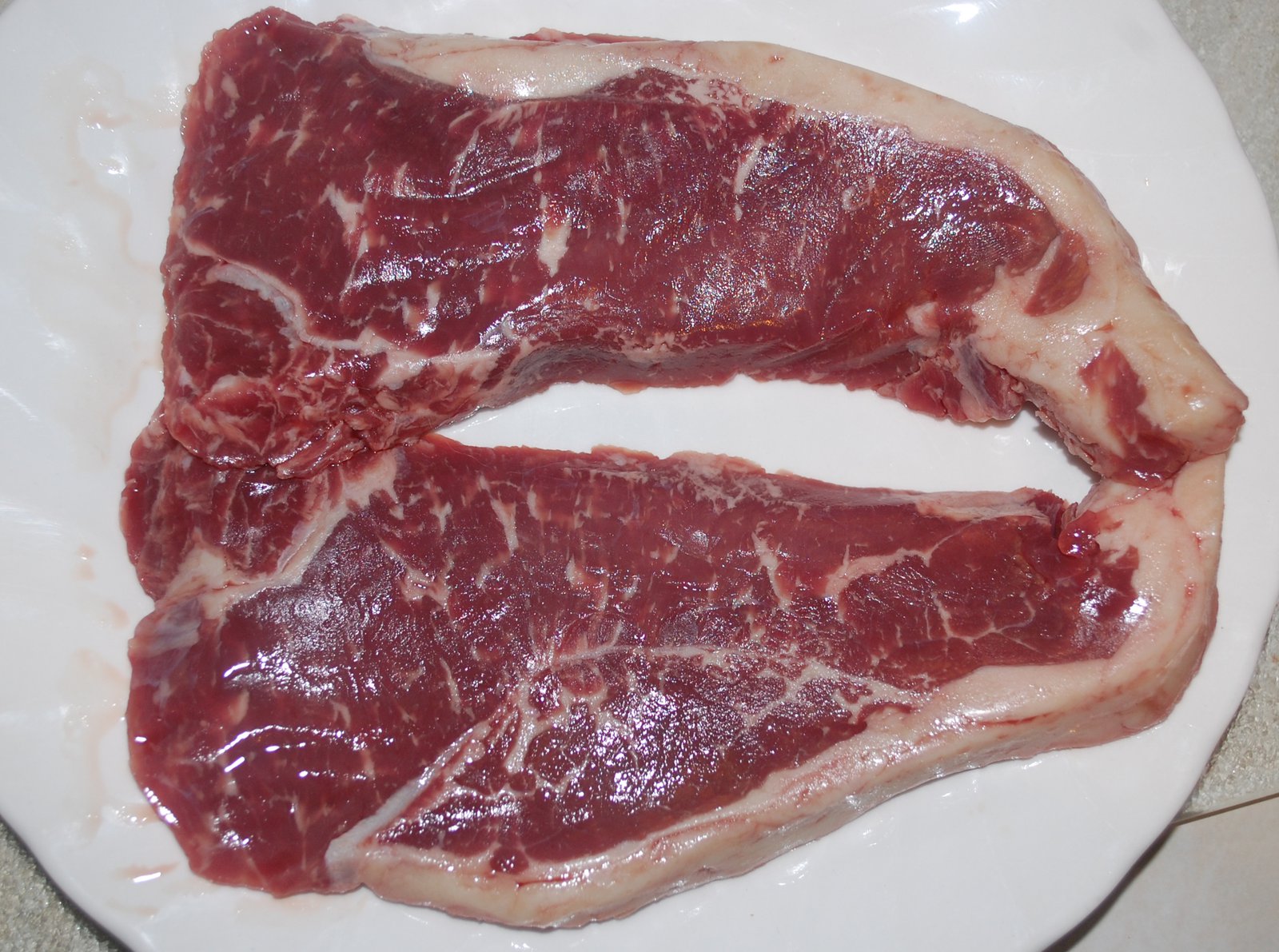 At Cream O’Galloway, they butcher some of their Ayrshire dairy herd for meat for their burgers that they serve within the cafe area.  They are delicious burgers (as well as organic) and are made on site; I have had pretty much every type of burger they do over the last three years, with my favourite being the double Mexican burger, where I put a mix of the guacamole, soured cream and salsa between the burgers and then enjoy.  They use decent bread rolls for the burgers, overcoming one of my major bugbears about many burger joints in the UK.  Sometimes, hidden between all the pots of organic ice cream (I’ll talk about those in a separate blog), you can get a few fillet steaks (or other cuts) in one of the freezers before you go into the main activity centre.

We bought a couple of fillet steaks that had a deep red-brown colour and were decently marbled; they were also nicely thick at about an inch or so.  They cost £30/kg and are worth every penny.  We lightly fried the Cream O’Galloway fillet steaks (sold as Rainton Farm which is the name of the farm while the brand I am using is strictly speaking for the ice cream).  We ate them with new potatoes, broccoli for the kids and tomato salad for Sophie and me.  They were heavenly: and were perfect “melt in you mouth meat” as our daughter called them – you knife just sliced through as if you were cutting through silk, and the taste was a rich, luxurious, umami taste of healthy, well-reared meat; you got the sweetness of the organic grass together with the pure salty air off the Solway Firth.  Everyone’s plates were quickly emptied to sounds of “more please?”, but as for Oliver there was no more to be had, except that we had scoffed it all. 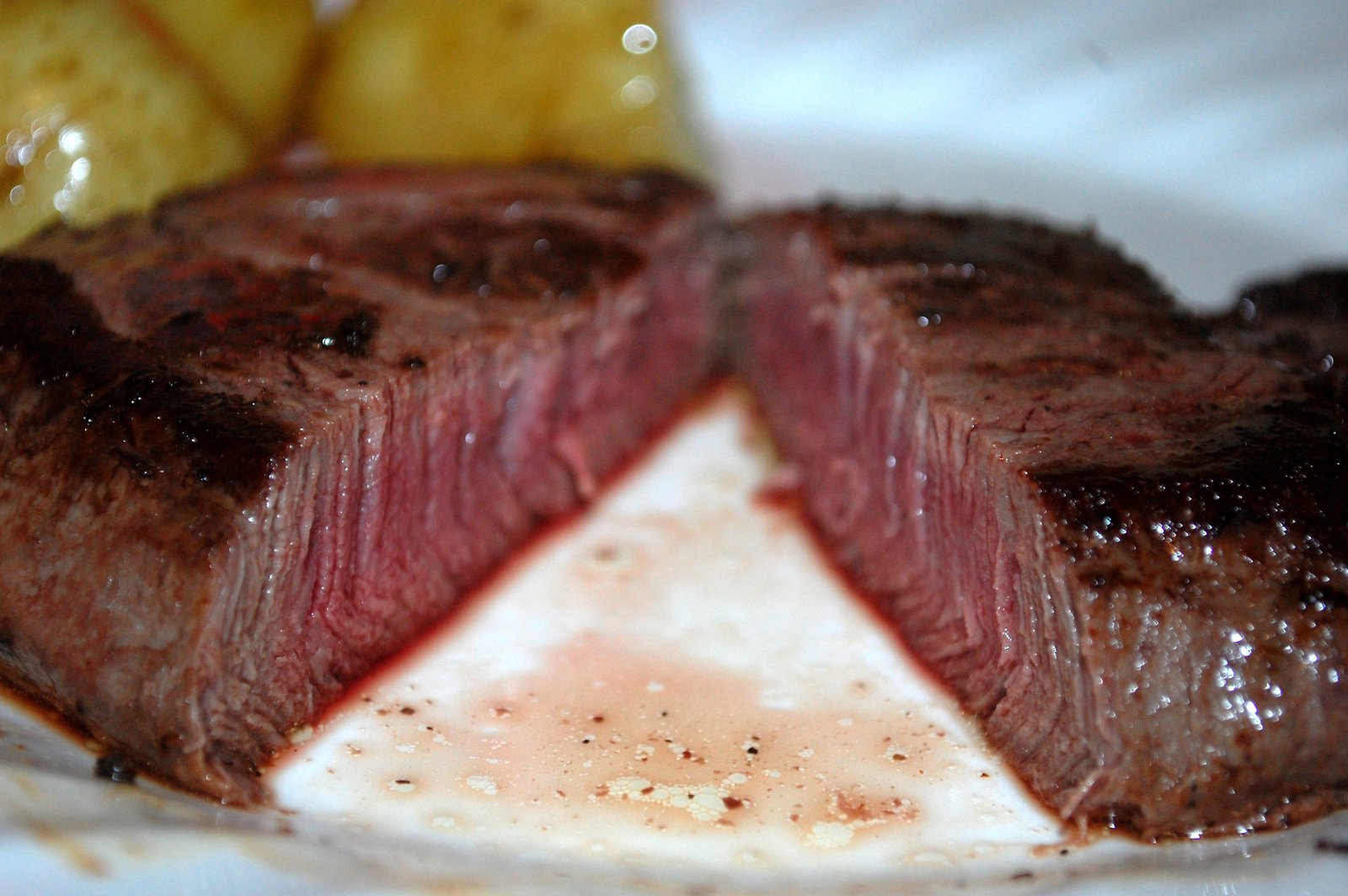 Rainton Farm steaks are one of the best meats that I have ever come across and if you can ever get close to the Gatehouse Of Fleet area, I urge you to make the detour, as this is one of those amazingly awesome food sources that you stumble across once in a while.