I came across this recipe on the truly amazing food blog of the Californian pastry chef living in Paris - David Lebovitz - which can be found at http://www.davidlebovitz.com/.  And I have been meaning to have a crack at making his chocolate macarons for well over 6 months but strangely I never had the courage as the photography on his blog is really quite daunting; I suppose I just thought I would fail and so why try - the fear of failure always tries to hold us back.

Anyway this Sunday, I plucked up courage and printed out his recipe for Chocolate Macarons and then tweaked it to a more English style of ingredient list and had to go.  They came out quite well really, although not as beautiful looking as his, but the taste was heavenly. 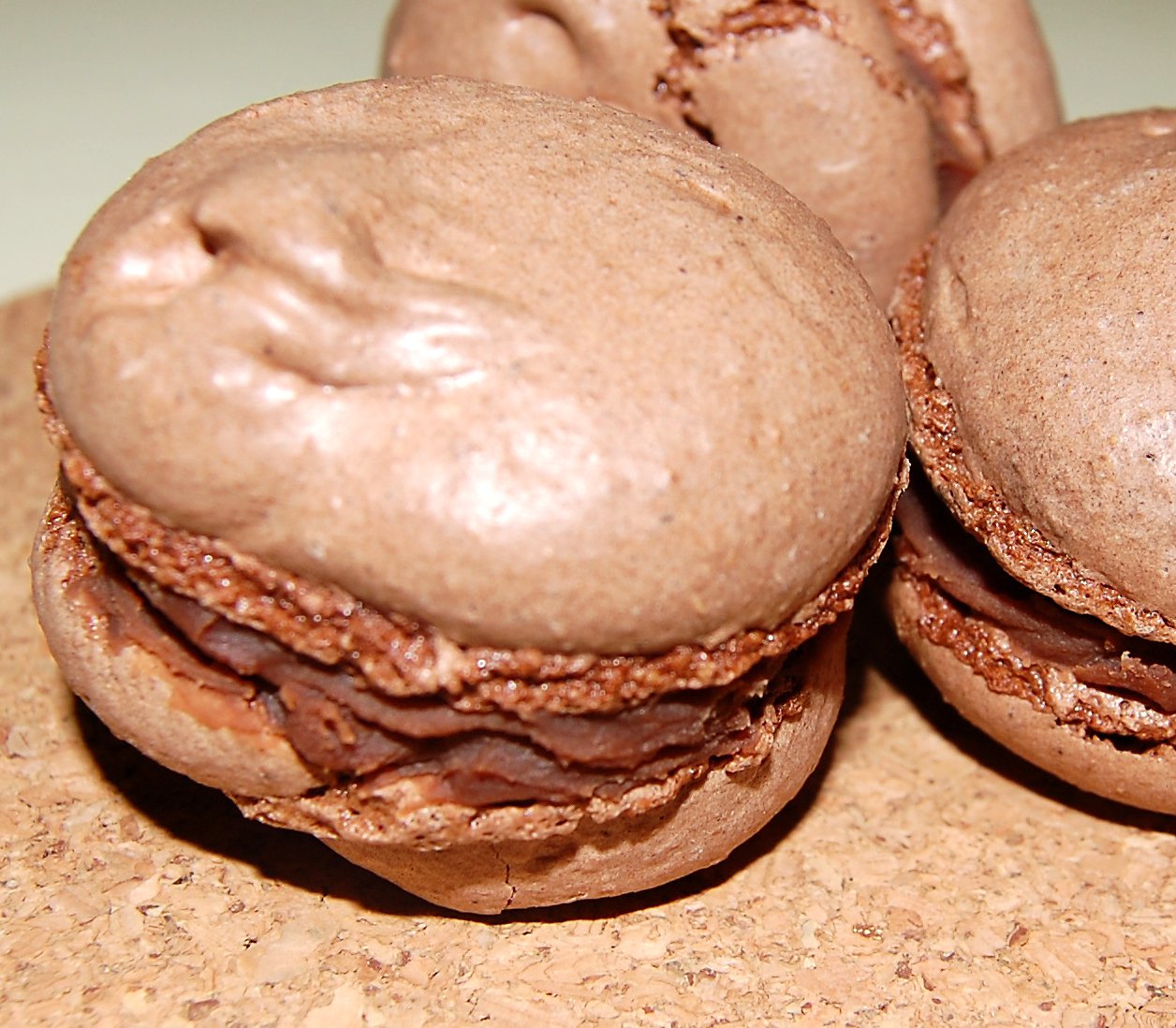 Here's my slightly changed recipe (the process itself is the same as David Lebovitz's so that's been cribbed):

Preheat oven 180oC / 350oF.  Line two baking trays or sheets with baking parchment paper and have a pastry bag with 2cm plain tip.

In a food processor, grind together the icing sugar, ground almonds and cocoa powder until quite fine.

In a bowl, beat the egg whites with an electric mixer until they start to rise, then add the caster sugar in two parts and continue to whisk until the egg whites become very stiff and firm and slightly glossy on the surface.

Carefully fold the dry ingredients in two parts into the beaten egg whites with a metal spoon or rubber spatula.  When the mixture is just smooth and just as the last streaks of white disappear, stop mixing and scrape the mixture into the pastry bag.

Pipe the batter into the lined baking try as in 3cm circles evenly spaced every 3cm apart.  I struggled with getting this stage to look pretty, but I guess practise would make me much better.  Rap the baking tray three times firmly on the counter top to flatten the macarons, then bake for 15 - 18 minutes.  When baked, let them cool completely.

Heat the cream and golden syrup in a small saucepan and when the cream is just starting to boil at the edges, remove from the heat and add the chocolate.  Let this heat through for about one minute, then stir until smooth and add the pieces of butter.  Let cool completely before use - I bunged it in the fridge.

To make the macarons, spread the chocolate mix on the inside of the macarons and sandwich together.

David Lebovitz then says let them stand for at least one day before serving to let the flavour settle.  This just is not practical in our house where 8 chocolate macarons could not be kept away from hungry gannets and were wolfed down in short order, which is the way good cooking should go.

What other macarons recipes should I dare to try?