I know it seems a bit early in the year, especially as the weather outside is absolutely gorgeous – no wind and the sky is a beautiful azure.

So on a beautiful summer’s day, here I am trying to design a new mulling wine product which is probably for Christmas 2010 as most buyers for shops have already worked out their purchases for Christmas 2009.

One really great idea that I have decided not to do any more with is mulled wine syrup.  It’s something I made last Christmas, but we only deal with dry products at Steenbergs so working out how to make this syrup just became too complicated.

½ tsp    Ground nutmeg, ideally quite coarse, so use a nutmeg grater

2tsp      Ground cinnamon (Sri Lankan cinnamon is much nicer than Chinese cinnamon or cassia from China, Indonesia or Vietnam)

Chop up the orange and lemon, leaving the peel on.  Put all the ingredients in a saucepan and bring to the boil.  Simmer for 1 hour with the lid on the pan (don’t evapourate off as this is really precious).  Strain through a fine sieve and bottle.

To use, take 1 measure of syrup to 2 measures of wine.  Heat to just below boiling point and serve in glasses.

Whatever you do, don’t buy the pre-mixed mulled wine that’s available in some shops at Christmas.  It tastes horrible and is full of chemicals trying to mimic the taste of spices. 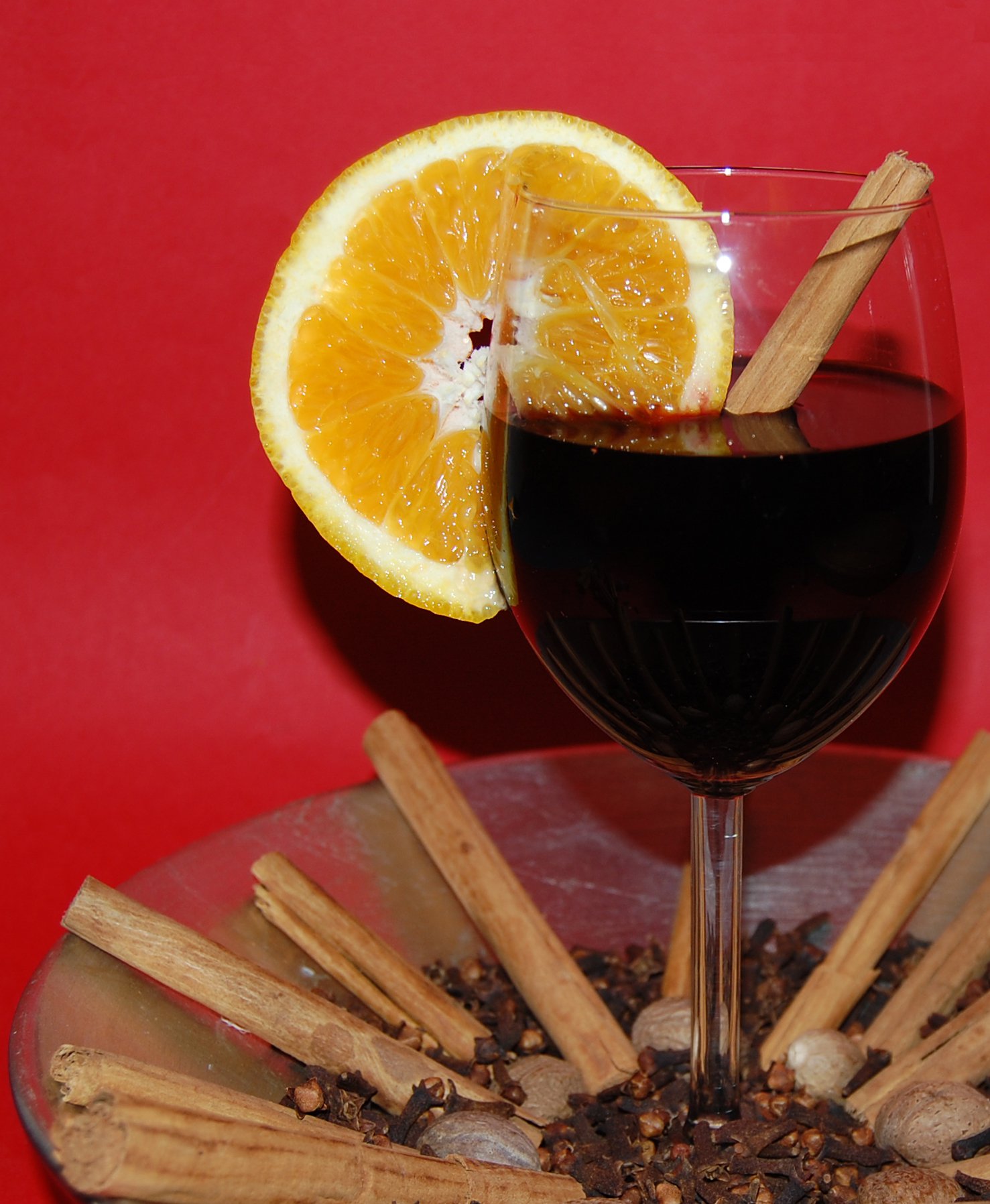 Making your own mulled wine is really simple – you could use the above syrup, or how about trying a medieval style flavouring called a hippocras.

Put the spices, sugar and water into a saucepan.  Bring this to the boil, stirring to dissolve the sugar.  Simmer for 5 - 10 minutes.  Now add the wine and heat up to just below boiling point and stir gently for 5 minutes, making sure that it does not boil as all the alcohol will evapourate.  Serve warm in mugs or wine glasses.

For anyone interested, the above recipe has been adapted from the following recipe from Le Viandier de Taillevent from about 1375, but I’ve tweaked in amounts to be more practical to how you could make it at home and reduced the sugar level as the original is horribly sweet.  You’re welcome to up the sugar if you want to.

The spice mixture is:

Take four ounces of very fine cinnamon, 2 ounces of fine cassia flowers, an ounce of selected Mecca ginger, an ounce of grains of paradise, and a sixth of an ounce of nutmeg and galingale combined. Crush them all together. Take a good half ounce of this powder and eight ounces of sugar, and mix it with a quart of wine.