We only have three apple trees in our garden, but they have been massively fruitful this year.  In fact, they have produced so many apples I cannot even hope to use them all, even with friends and family taking them.  Nature has been so very fecund that even the quince bush outside of our front door has fruited; in the last 10 years, I reckon we have had had one quince on the bush in total, whereas this year there are seven.  It must be nature's response to two harsh winters - up the reproduction and spread more seeds to survive. 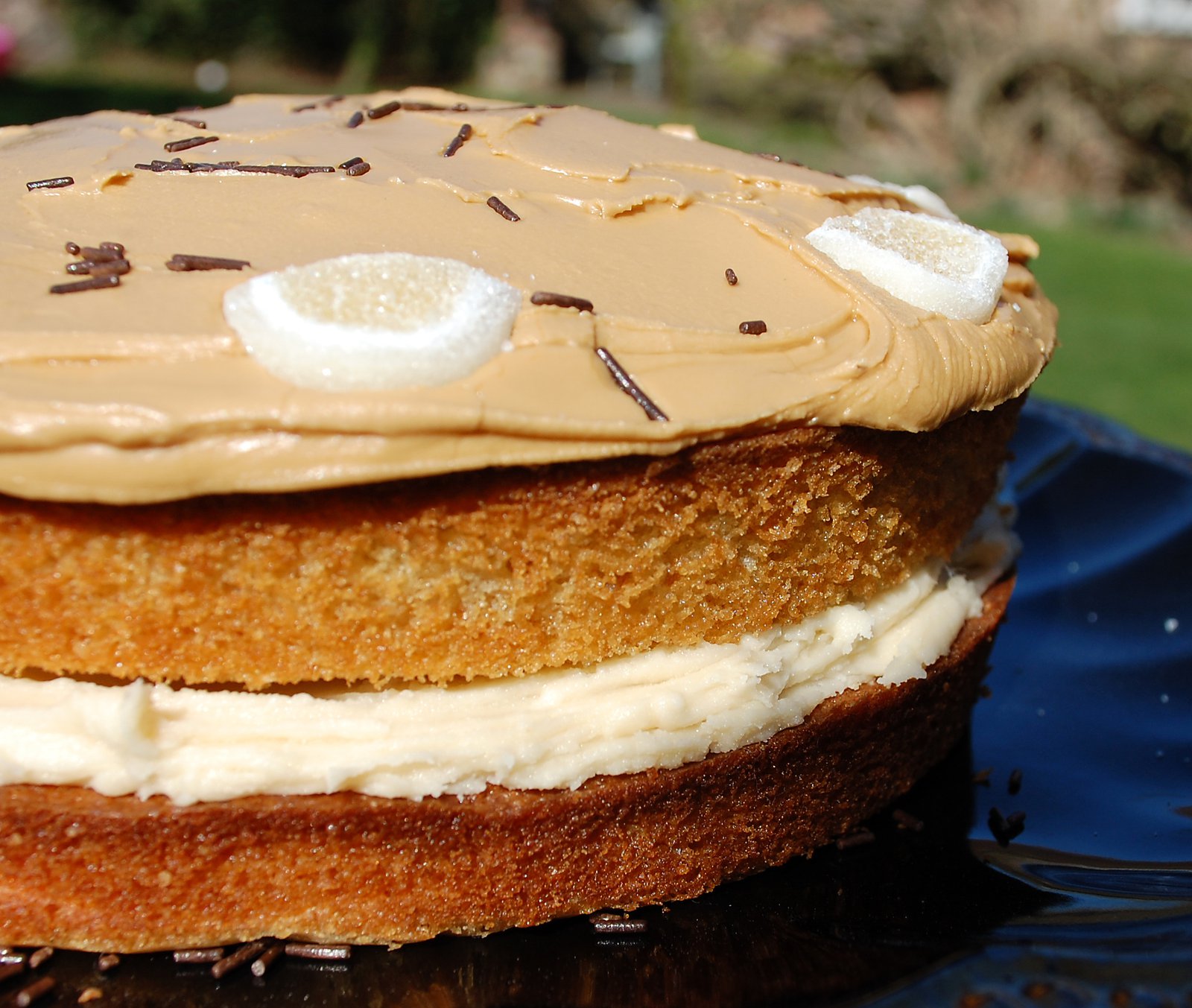 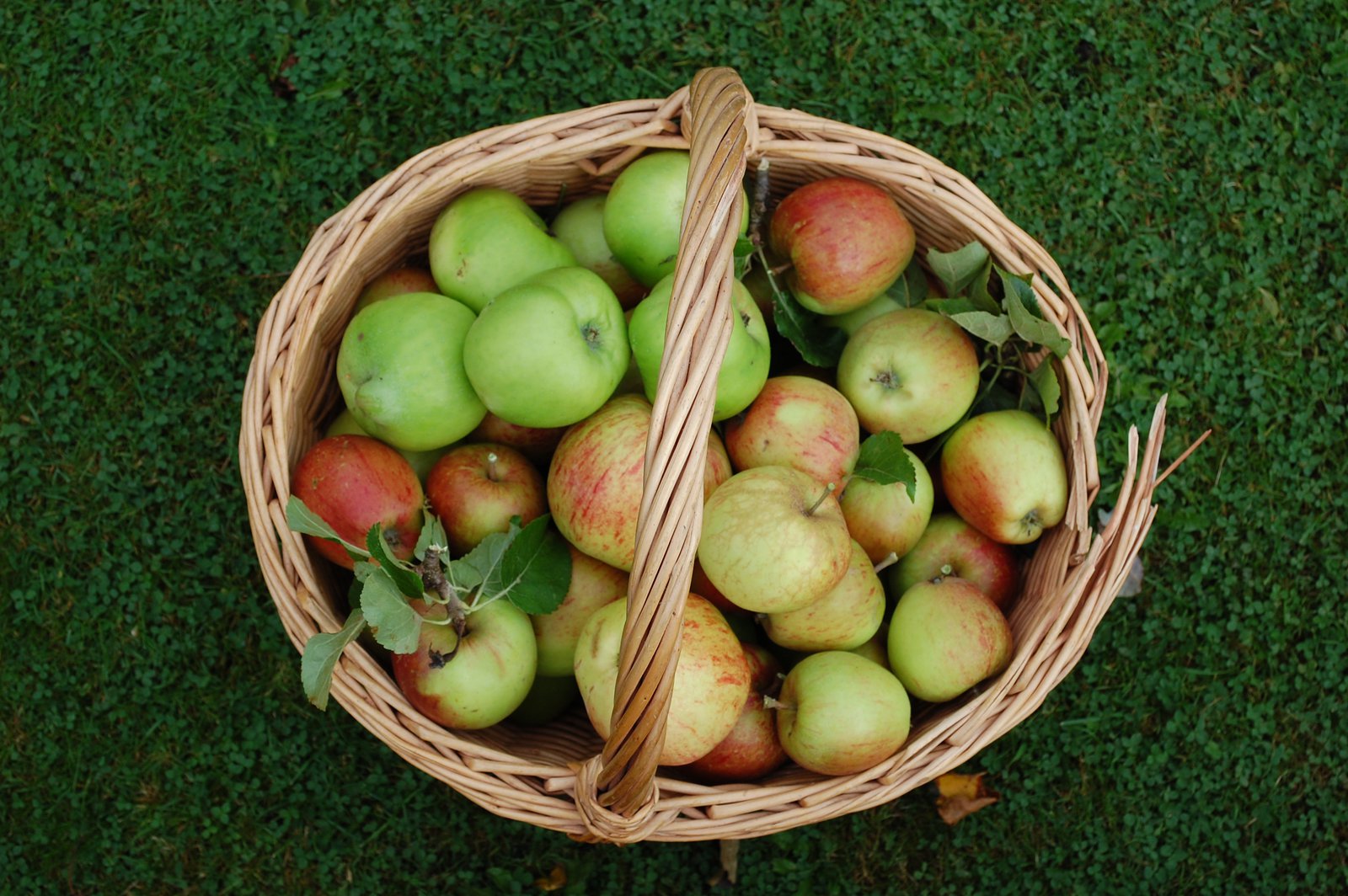 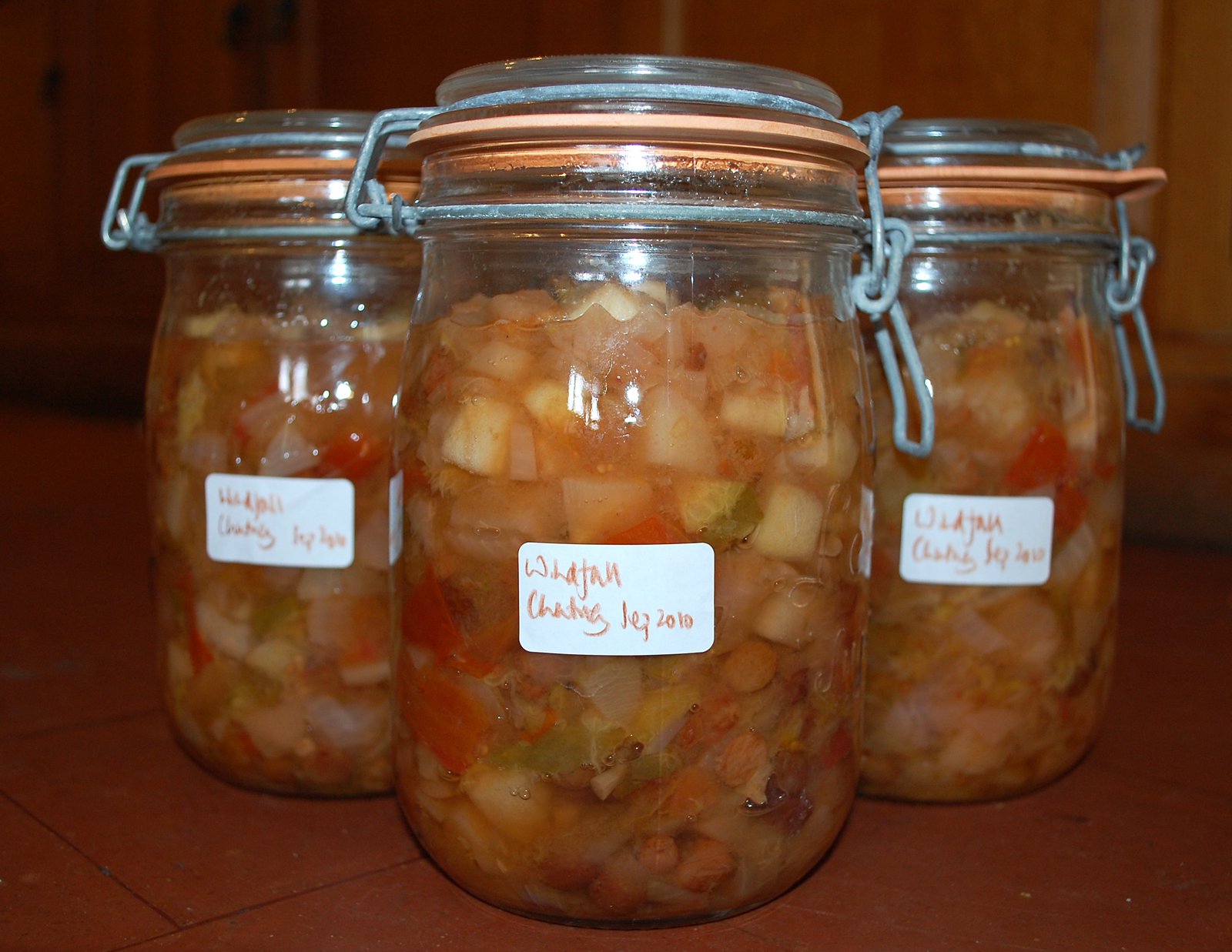 So over the last two weekends, we have peeled for hours, then: picked and stored the eaters for later this year rather than chomp on out-of-season, flown in fruits from some high street chain; made apple puree, which has been frozen to lighten the fruitless days in the depths of winter; eaten baked apples using up leftover mincemeat for last Christmas that is now gorgeously matured and very boozy; made two types of chutney - General Gordon's chutney and Windfall Chutney; and still made no dent in the apple harvest.

I love the plenty of harvest time, but I hate to see the waste when there is such an excess, while I know that in February/March I will be longing for fresh fruit in the knowledge that I was so wasteful in September.  And we have so little fresh fruit in this part of Northern England.

I have, also, cobbled together several different versions of apple cake, which both have a charmingly spiced, old world flavour to them. 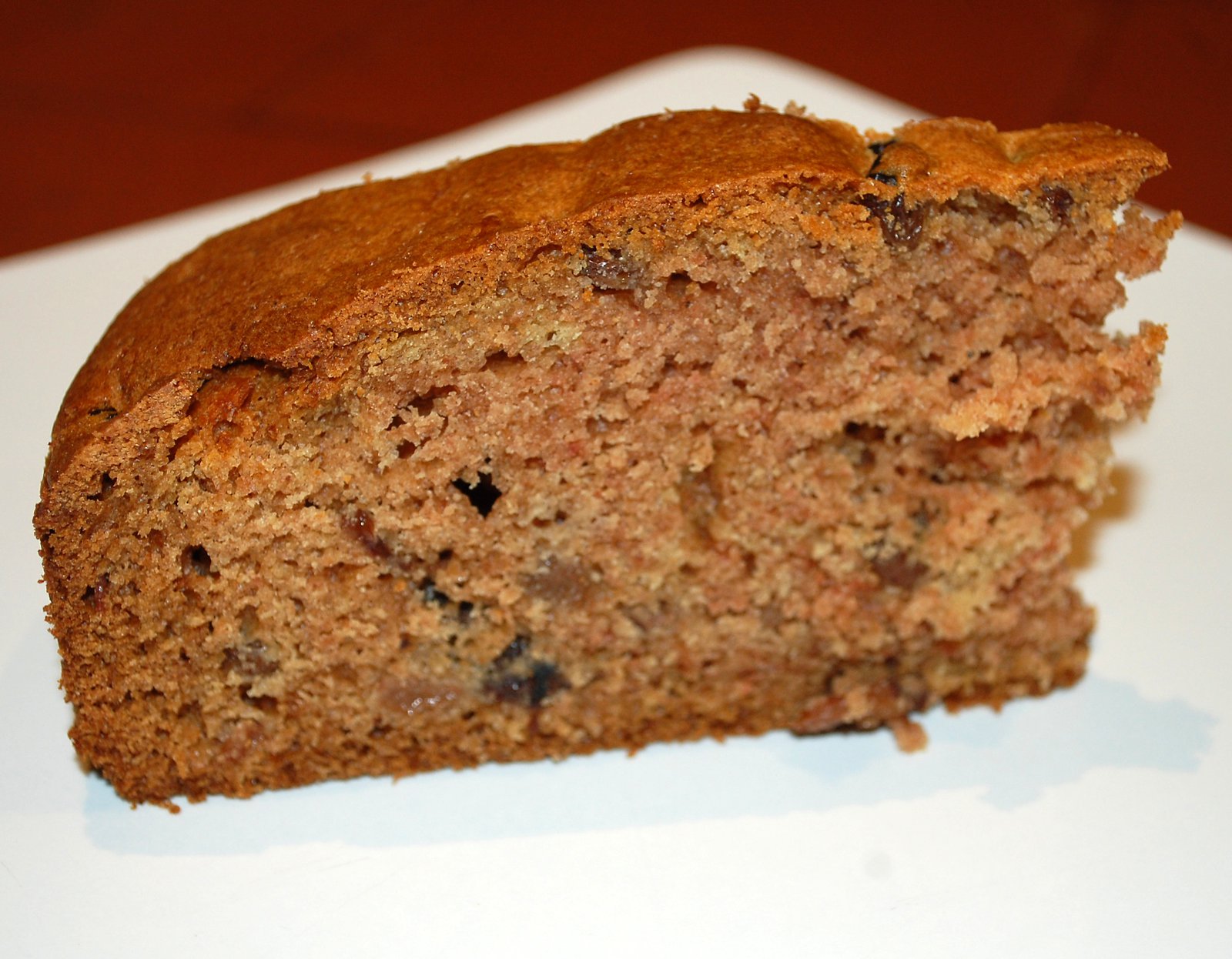 If you have not got any pre-made apple puree, peel some cooking apples then core and quarter them (weight will be more than the 175g / 6 oz but you can eat the balance with some sugar, while cooking the rest of the cake).  Place in a pan and put lid on; heat under a medium heat until hot, then reduce heat to a low heat and let the apples stew until soft.  Squash them through a sieve to give you your apple puree.

This next bit is optional and involves preparing the dried fruit.  I put the dried fruit into a pan, then brewed a strong mug of black tea.  The black tea was then poured over the fruit and I boiled the fruit for about 10 minutes until nice and plump.  Sieve off the excess tea and leave to cool.  You can ignore this stage and simply use the dried fruit, but I like doing this as it reduces that jaw-aching, chewiness of dried fruit, while adding another flavour dimension to your baking.

Cream together the butter and caster sugar.  Add the eggs - half at first, followed by a tablespoon of the flour mix, then add the remainder.  Now add in the cooled apple puree and mix thoroughly.  Add the rest of the flour mix and mix together.  Finally add the sultanas and currants and make sure it is mixed well.

Pour the cake batter into the prepared cake tin and bake for 50 minutes.  Towards the end start checking the consistency of the cake, by gently touching the top and feeling whether it is springy rather than liquidy.  If it is cooking too slowly reduce the temperature to 160C / 320F and cook for another 5 - 10 minutes.

Leave to cool in tin for about 5 minutes, then remove from the cake tin and let cool completely on a wire rack.

For the second apple cake recipe, this will be in my next blog...